Maysam Behravesh
The Islamic Republic is preparing for an extended period of espionage and intelligence wars, asymmetric deterrence and aerial defence 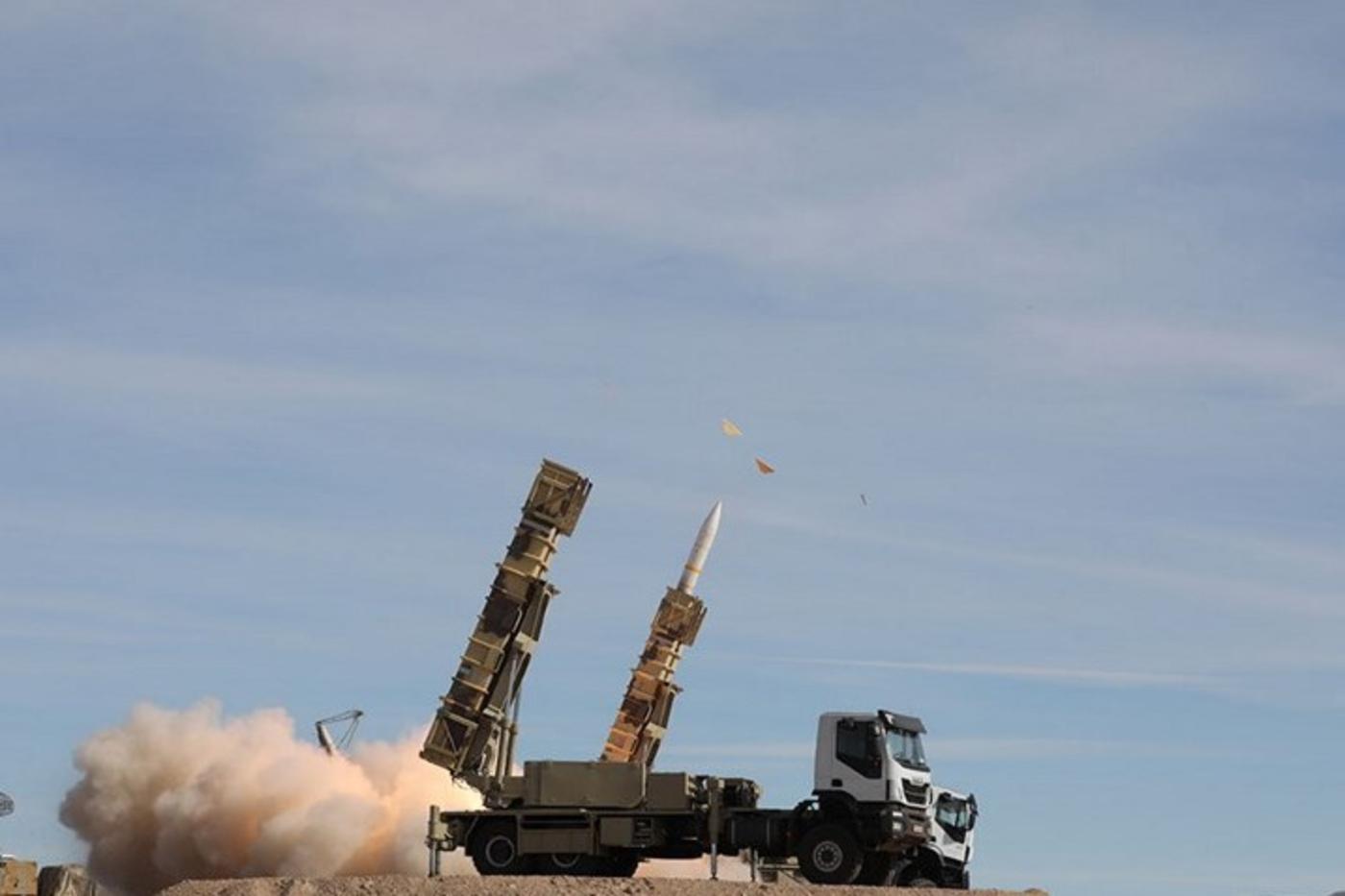 It's no secret that Mike Pompeo has a thing about Iran. In Cairo on the third leg of a Middle Eastern tour aimed at reassuring American allies following the decision to withdraw troops from Syria, the US Secretary of State allocated a considerable portion of a speech he gave to persuading his regional audience of the importance of confronting Iran.

"Countries increasingly understand that we must confront the ayatollahs, not coddle them. Nations are rallying to our side to confront the regime like never before," he said.

A day later, on 11 January, Pompeo announced US plans to jointly host a global conference about the Middle East, particularly Iran, in Poland on 13-14 February. Naturally, the announcement came in an interview with Fox News.

After Iranian-backed militias targeted the premises of the United States embassy in Baghdad with mortars and rockets last September, Bolton demanded that the Pentagon propose options on how to strike Iran in retaliation. The request alarmed James Mattis, then secretary of defence.

This is the geopolitical environment into which Iran's new budget for "defence and security affairs" has been born. Presented to the parliament by President Hassan Rouhani in late December, it reflects escalating tensions, Iran's economic insecurity and the obscured face of conflict today.

Compared to the current Persian year (1397), which extends from 21 March 2018 to 20 March 2019, next year's defence and security expenditure, which stands at $14.8bn, shows a 16 percent cut and stands well below the Saudi military budget of around $70bn in 2017, according to the Stockholm International Peace Research Institute (SIPRI).

The reduction in defence spending is mainly reflective of the impact of US nuclear sanctions against Iran's oil industry and banking sector, reinstated a few months after US President Donald Trump pulled Washington out of the multilateral nuclear deal in May.

On Saturday, Brian Hook, the special representative for Iran at the US state Department, told a conference in the United Arab Emirates that Washington would no longer extend "waivers or exemptions" for Iranian oil imports, which have been issued to eight major crude buyers - including China, India, South Korea and Japan - and expire in May 2019.

In November, Tehran's crude exports dived to below 1 million barrels per day (bpd) from common levels of around 2.5 million bpd before the US withdrawal from the nuclear accord, also known as the Joint Comprehensive Plan of Action (JCPOA).

At a time of growing external threats, the cut has sounded alarm bells in most decision-making circles in Tehran. To placate such concerns, the National Security and Foreign Policy Committee at the Iranian parliament proposed to add about $5bn to next year's defence and security budget.

While the Islamic Republic's military expenditure for the upcoming Persian year - from 21 March 2019 to 20 Match 2020 - has witnessed a sizable shrinkage, financial resources for the ministry of intelligence, revolutionary guards and Khatam al-Anbia air defence force have increased, respectively by 31 percent, 26 percent, and 13 percent, compared to last year.

On the other hand, however, the budget considered for the Ministry of Defence, as well as the general staff of the armed forces, headed by Major General Mohammad Bagheri, has dramatically dwindled. Given the targeted boosts and the special functions of their recipients, it seems Iran is preparing itself for an extended period of espionage and intelligence wars, asymmetric deterrence, and aerial defence.

The strategic reasoning is in part due to the Iranian leaders' anticipation that the nuclear agreement might collapse in the near future, compelling them to resume sensitive nuclear activity, which might in turn elicit an aggressive response from Israel and the United States.

Ali Shamkhani, the secretary of Iran's supreme national security council, told an international audience in Tehran in early January that Europe has missed the chance to salvage the dying Iran nuclear deal. "The Europeans' opportunity to execute their commitments to our country under the JCPOA, and particularly the special financial channel, has ended," he said.

The most powerful and well funded military body in the Islamic Republic, the Revolutionary Guards have developed a special capability over the past decades to defend Tehran's regional interests and extend its clout through unconventional means. This includes efforts to foster like-minded non-state groups and proxies throughout the wider Middle East, from Afghanistan to Yemen, and thus create a "strategic depth" for Iran that is expected to serve as a reliable deterrent against external aggression.

Most recently, IRGC-backed Houthi rebels attacked a military parade at the Al-Anad air base near Aden with a bomb-laden drone, killing at least six people, including Major General Mohammed Saleh Tammah, Yemen's military intelligence chief, who died of his wounds on Sunday.

The "Qasef 1" drone used by the Houthis in the deadly assault is believed to be a variant of the Iranian-designed "Ababil II" unmanned aerial vehicle. Notably, the low-tech yet high-reward tactic had been deployed by Iran's main regional proxy Hezbollah in its 2006 war with Israel.

With Israeli attacks against the Iranian military presence in Syria rapidly increasing, the Revolutionary Guards are thought to have recently sought to create an offensive capability within Iraq by transferring ballistic missiles to its militia allies and be planning to develop a missile production capacity there.

According to Israel's military intelligence chief, Tamir Hayman, the Islamic Republic can use this evolving infrastructure to threaten Israel once a conflict between the two regional foes breaks out.

Along parallel lines, the drastic uptick in the proposed spending on the Ministry of Intelligence's overseas directorate suggests plans for an intensified security campaign to confront foreign espionage and "infiltration" on the one hand, and an increasingly vigorous Iranian opposition bent on "regime change" on the other.

Significantly, the opposition has been heartened by the eruption of widespread protests against the state over rapidly deteriorating living conditions across the country.

In an address to the parliament on 18 December, Iran's Minister of Intelligence, Mahmoud Alavi, warned that Iranian opposition forces and dissidents are trying to achieve "convergence and synergism" and "unify their ranks against the Islamic Republic".

"During the past couple of years, various ethnic and anti-revolutionary groups have held at least 64 conventions and gatherings to accomplish a single unified line," he said, referring to overseas-based outfits opposed to the 1979 revolution that established a religious government in Iran.

One such group is the Arab Struggle Movement for the Liberation of Ahvaz (ASMLA), which seeks an independent state for ethnic Arabs in Iran's oil-rich southwestern province of Khuzestan.

Yacoub Hor Altostari, a spokesperson for the group, claimed - then later denied - responsibility for a terror attack on a military parade in Ahvaz on 22 September. The attack left 25 people, including civilians, dead and around 70 wounded.

Over a month later, Finn Borch Andersen, head of the Danish Security and Intelligence Service (PET), announced on 30 October that Denmark had thwarted a plot to assassinate Habib Jabor, ASMLA's Copenhagen-based leader. Similarly, in early October, France had declared that Tehran was behind attempts by a number of Iranians, including a diplomat, to bomb a meeting of the Paris-based opposition group National Council of Resistance of Iran (NCRI) - also known as Mujahedin-e Khalq (MeK) - outside the French capital in June.

As a consequence, in early January, the EU enacted sanctions on a Ministry of Intelligence unit, freezing its assets and blacklisting two of its senior staff.

As the political gap between the European Union and the United States over Iran is narrowing, the fate of the nuclear deal looks increasingly gloomy. Under such circumstances, the curious make-up of Iran's defence and security budget for the next year reflects an anticipation of escalating tensions, if not open confrontation, with the outside world in the near future.

- Maysam Behravesh is a freelance journalist and a PhD candidate in the Department of Political Science at Lund University in Sweden. Follow him on Twitter: @behmash.

Photo: A handout picture made available by the Iranian Army office reportedly shows a Sayad missile fired from the Talash missile system during an air defence drill at an undisclosed location in Iran on 5 November, 2018 (AFP).