Blowing Israel’s aqua-shenanigans out of the water 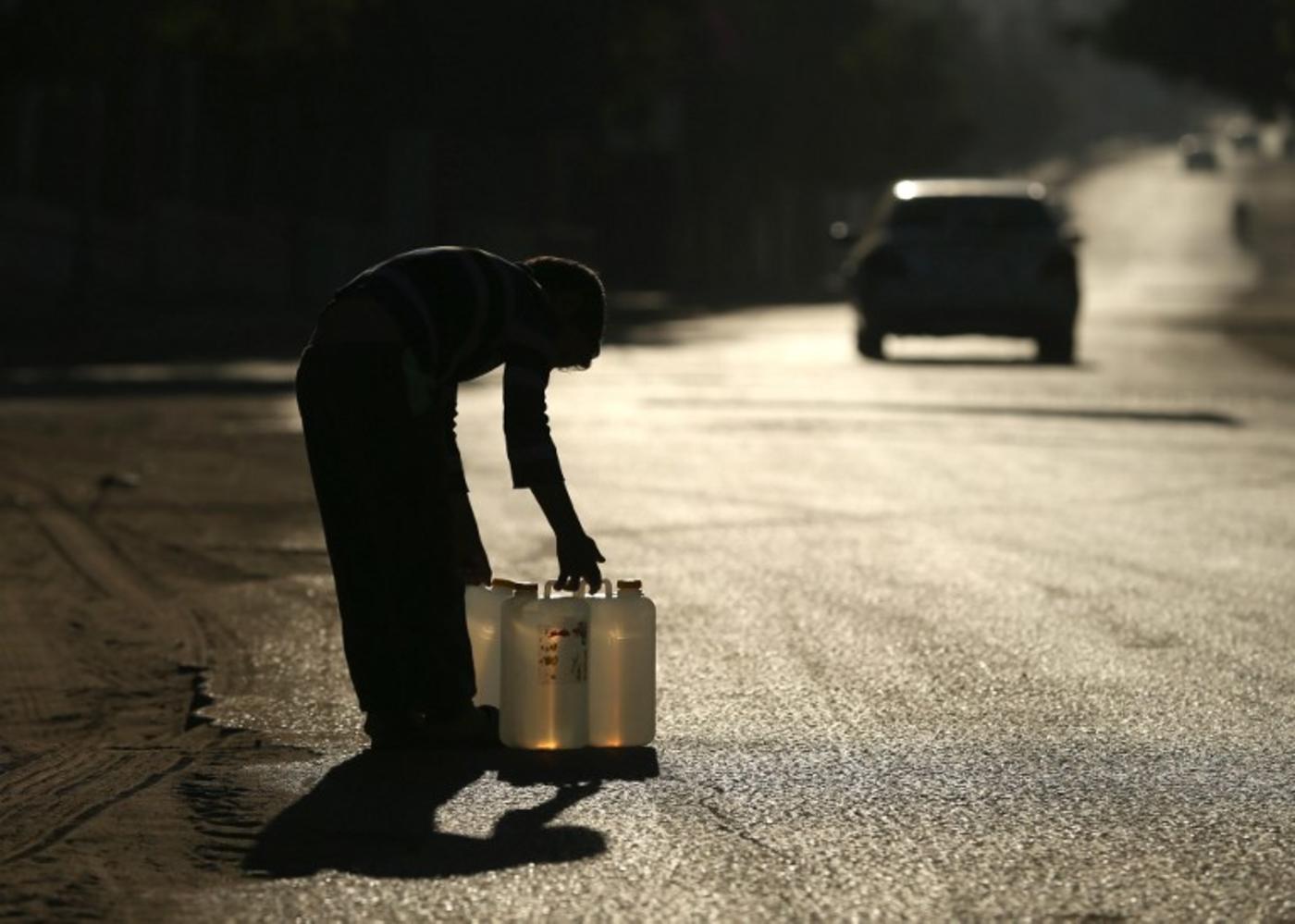 High up on Israel’s list of fabricated and otherwise shamelessly embellished achievements is that of having allegedly “made the desert bloom” promptly after setting up shop on usurped Palestinian land in 1948.

Never mind that Palestine wasn’t exactly a desert - or that “blooming” techniques involved mass slaughter as well as plenty of ecological devastation. We mustn’t let facts get in the way of creation myths.

The image of Israel as aqua-messiah is, to put it mildly, a bit hard to swallow

In contemporary times, Israel has continued to market itself as a global pioneer in water technology and conservation, from drip irrigation systems to desalination.

Of course, some might argue that Israel has enjoyed an unfair competitive advantage in the water realm given that it has been able to dominate access to the valuable resource by diverting regional waterways in its favour and literally hijacking Palestinian aquifers.

Now, Israel is once again making disingenuous waves through the Israeli firm Water-Gen - which, a recent obsequious dispatch in the Times of Israel informs us, is “look[ing] to quench global thirst” by extracting water from air.

The Times explains that Water-Gen was founded by an ex-combat reconnaissance company commander in the Israeli military and is currently “controlled by Russian-Israeli billionaire Michael Mirilashvili,” vice president of the World Jewish Congress.

Among the many reasons the technology is so vital, we are told, is that some 1.2 billion people - nearly one-fifth of the Earth’s residents - live in areas of water scarcity, according to United Nations figures.

The UN website notes that an additional 500 million people are “approaching this situation, [and] another 1.6 billion… face economic water shortage (where countries lack the necessary infrastructure to take water from rivers and aquifers)".

The Water-Gen website meanwhile adds that “water is still the world’s number one concern, as un-safe water kills more people then [sic] wars".

Given that Israel has never exhibited any detectable qualms either about denying Palestinians access to safe water or about killing them, the image of Israel as aqua-messiah is, to put it mildly, a bit hard to swallow.

The Post reports on the dire situation in the Gaza Strip, where fresh water is “a scarce commodity” and where recurring electricity crises are not helped by the fact that “damage from the Israeli bombing of the [Gaza power] plant in 2014 has yet to be fully repaired".

The article quotes Robert Piper, the UN’s Humanitarian Coordinator for the Occupied Palestinian Territory, who warns that the latest severe electricity crisis could help unleash a “perfect storm” that results in a Gaza Strip that is fundamentally uninhabitable - a conundrum, no doubt, for the two million people that reside there.

The Post continues: “When looking at the larger picture of the crisis, Piper was clear that the primary cause is the restrictions on the freedom of movement of goods and people through the three crossings into the Strip, which have made a viable economy impossible.”

Israel, on the other hand, has found plenty of lucrative economic opportunities in Palestinian repression - with Israeli security tricks and other punitive expertise marketed far and wide. (Water-Gen, for its part, is apparently also off to a good start, having recently signed deals with both India and Vietnam)

And while the West Bank may not lie on the direct path of the perfect storm threatening Gaza, the territory is hardly exempt from repression and plunder.

There, Israeli-imposed water hardships have ranged from prohibitive fees for Palestinian communities to drastic supply cuts to outright theft of Palestinian water for use in hydrating illegal Israeli settlers and filling their swimming pools and other accoutrements.

In an email to me back in 2013, West Bank-based environmental expert Alice Gray highlighted some additional clever Israeli manoeuvres in the area, such as “preventing Palestinians from building sewage treatment plants… and then prosecuting them under international law for cross-border pollution".

The previous year, an Oxfam briefing paper titled “On the Brink” noted that “water cisterns used by Palestinian farmers to collect rainwater are frequently demolished by the Israeli authorities, further limiting their ability to grow crops".

In other words: when it rains it pours.

But back to Water-Gen, whose new campaign has created more occasions for idioms - in the March Times of Israel headline: “At AIPAC, Dershowitz pulls water out of thin air."

It seems it’s not so much about nobly rescuing a hapless, thirsty planet. It’s about securing Israel’s image and with it its highly profitable spot in the international order

Dershowitz’s previous magic tricks include concocting a “continuum of civilianality” to provide legal justification for killing certain kinds of Arab civilians - as well as other behaviour suggesting that his place of employment might have been more aptly titled Harvard Psychiatric Ward.

As part of his AIPAC performance, Dershowitz effectively promoted Water-Gen to the frontlines of the battle against the Boycott, Divestment and Sanctions (BDS) movement for Palestinian rights:

“I believe that there is no weapon more powerful in the fight against BDS than for Israel to develop technologies that the world cannot live without… You cannot boycott products that you can’t live without.”

In sum, it seems it’s not so much about nobly rescuing a hapless, thirsty planet. It’s about securing Israel’s image and with it its highly profitable spot in the international order - using water from thin air to whitewash a system of institutionalised apartheid and ethnic cleansing.

And that, surely, is something we can all live without.

Photo: A Palestinian boy carries water in plastic canisters on a main road in Beit Lahia in the northern Gaza Strip, on 8 November 2016 (AFP)