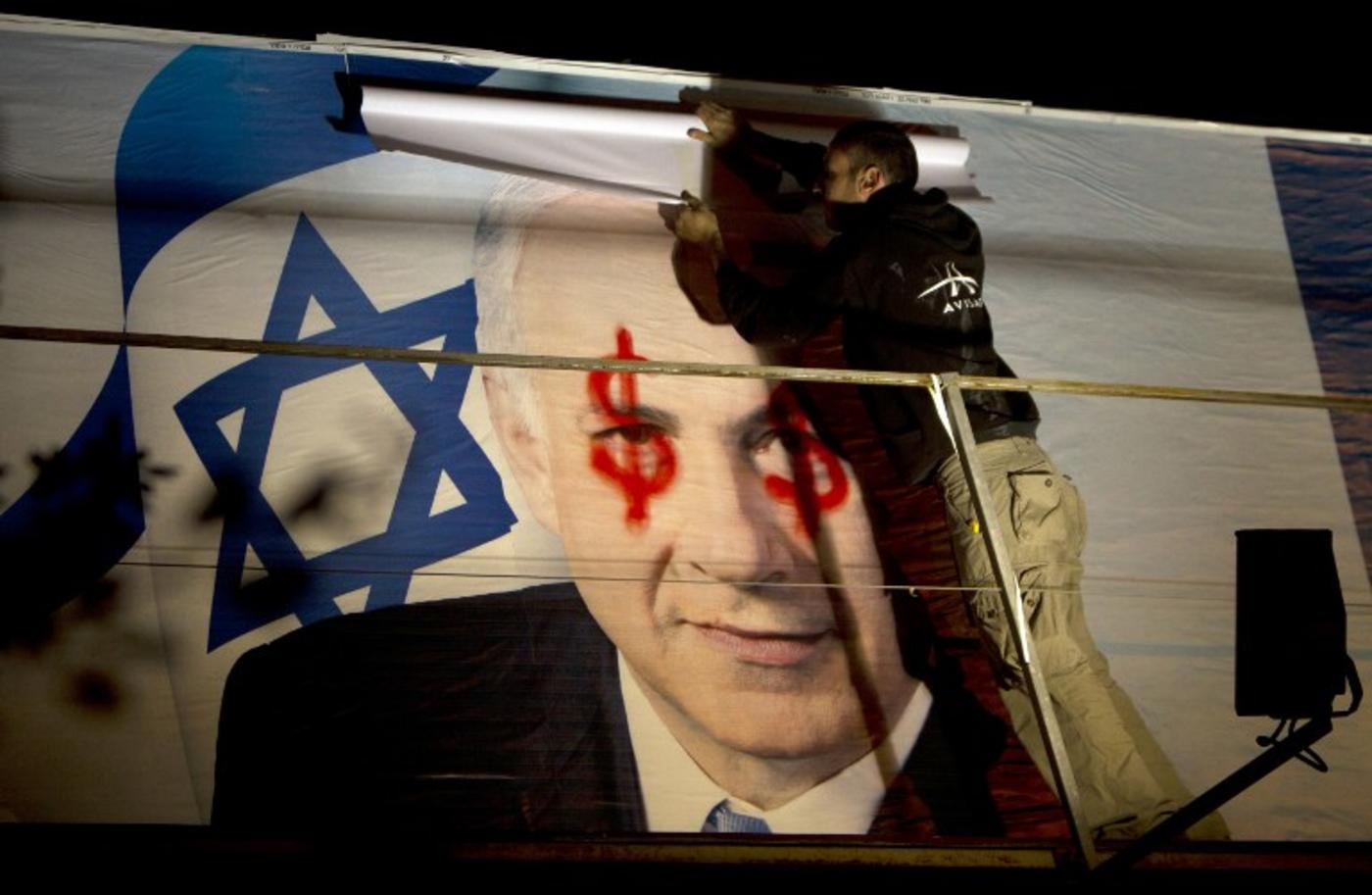 While in Mexico earlier this month, I was searching for a word in an online dictionary when I was accosted by a two-pronged advertisement in Spanish—at the top and side of the screen—declaring Israel “the best gift” for Hanukkah.

The ad directed me to the website of the Development Corporation for Israel, commonly known as Israel Bonds, the New York-based broker-dealer and underwriter for securities issued by the state of Israel in the United States.

Israel Bonds was founded in 1951 by David Ben-Gurion, the first Israeli prime minister, and has done a particularly brisk business as of late, with 2015 sales reportedly exceeding $1 billion for the third consecutive year. Worldwide, nearly $40 billion worth of bonds have been sold since their emergence on the scene nearly 65 years ago.

In 2011, bonds were made available for purchase online, generating more than $100 million in four years. Bond names range endearingly from Maccabee to Sabra to Mazel Tov to eMitzvah.

Such is the outfit’s prestige, it seems, that Israel Bonds President and CEO Israel “Izzy” Tapoohi got to ring the closing bell for the Nasdaq Stock Market in Times Square this past 17 December.

As usual, the press release on the Nasdaq website made the closing bell sound like the sensational equivalent of the first moon landing—with “exciting viral content and ceremony photos” promised on the Nasdaq Tumblr page and a webcast offered at two different online locations.

Some may wonder why the state of Israel requires yet more billions on top of the billions of dollars it already receives from the US on an annual basis.

For possible answers to this question and more, let’s peruse the “About” section of the Israel Bonds website. Here, we’re told that the organization is crucial to ensuring Israel’s ability to act “in times of economic or security challenges” without depending on entities like the US for assistance: “Although the US is Israel’s staunchest ally, its continuing economic difficulties and debt burden would make it challenging to reinstitute a significant civilian aid program for Israel during a crisis.”

Never mind that said difficulties have not in fact curtailed America’s eagerness to hurl money at Israel while depriving its own civilians of necessities like universal health care and education. Never mind, too, recent headlines to the tune of: “Washington Plans Up to $1 Billion Hike in Military Aid to Israel.”

Bonds are also sold as a tactic for combating the Boycott, Divestment, and Sanctions (BDS) movement by “sending an unmistakable message to BDS advocates: Israel’s economy will remain strong.” In a dispatch for the Jerusalem Post, Tapoohi himself regurgitates the notion that each and every bond investor is “helping Israel’s economy remain resilient and delivering a resounding ‘No!’ to BDS advocates”—who, he argues, would do well to “end their fixation with Israel and turn their attention where it belongs: the tyrants and despots of the world who force their citizens to live in abject poverty and severe repression.”

Such living situations are, however, apparently A-OK when presided over by ethnocracies.

Israel Bonds, it turns out, has some well-placed foot soldiers far beyond Times Square.

In a report for Mondoweiss, journalist Ben Norton recalls the 2014 Students for Justice in Palestine campaign to pressure the University of South Florida (USF) to divest from the Israeli occupation; with more than 10,000 signatures, it was “the largest student petition in Florida’s history.”

After just 13 minutes of deliberation, Norton notes, the USF Foundation Board rejected the petition. The ringleader for the rejection motion was one Alan Bomstein, a board member and former treasurer of the Foundation, who happened to be a guest of honor at a 2011 Israel Bonds event in Florida and a recipient of the Theodor Herzl Commemorative Medallion.

The father of modern political Zionism, Herzl is one of the people to thank for that lucrative business currently known as the state of Israel.

The Israel Bonds Facebook page lists ways in which the organization has “helped build every sector of Israel’s economy.” Proceeds from bond sales have “played a decisive role in Israel’s rapid evolution into a groundbreaking, globally emulated leader in high-tech, cleantech and biotechnology” and helped to sustain “a technological superpower continually pushing the boundaries of innovation.”

To be sure, nothing says “cleantech” like saturating the Gaza Strip with herbicide, or repeatedly assaulting Palestinian water and sanitation infrastructure such that contaminated water remains the name of the game. There are no deserts blooming in Gaza.

Israel, on the other hand, continues to profit from its much-ballyhooed advancements in water technology and other industries—all made, of course, with the convenient help of usurped Palestinian land and resources.

On the high-tech front, meanwhile, Israel’s success in the arms and surveillance industries is also predicated on widespread Palestinian suffering. But thanks to the Israeli monopoly over the discourse, the victimisation of Palestinians is wiped away in favor of a narrative starring Israel as a civilized, state-of-the-art, modern, innovative, technological force for good in the world.

As for ongoing attempts to “greenwash” Israel’s decidedly unecological behavior, the colour scheme brings to mind other potential sorts of greenwashing—like Israel Bonds’ dollar-based efforts to market the repressive country as a robust economy and moneymaking oasis.

Next holiday season, don’t forget that Israel is the “best gift.”

Photo: A labourer unrolls a new campaign poster over an identical one of Israel's Prime Minister Benjamin Netanyahu that was defaced with spray-painted red dollar signs over his eyes, two days before a general election, on a Jerusalem billboard on 20 January 2013 (AFP). Inside Israel
Ehud Olmert sentenced to 18 months' jail for bribery 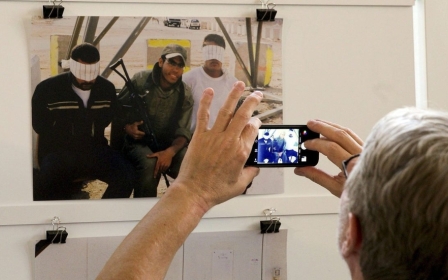