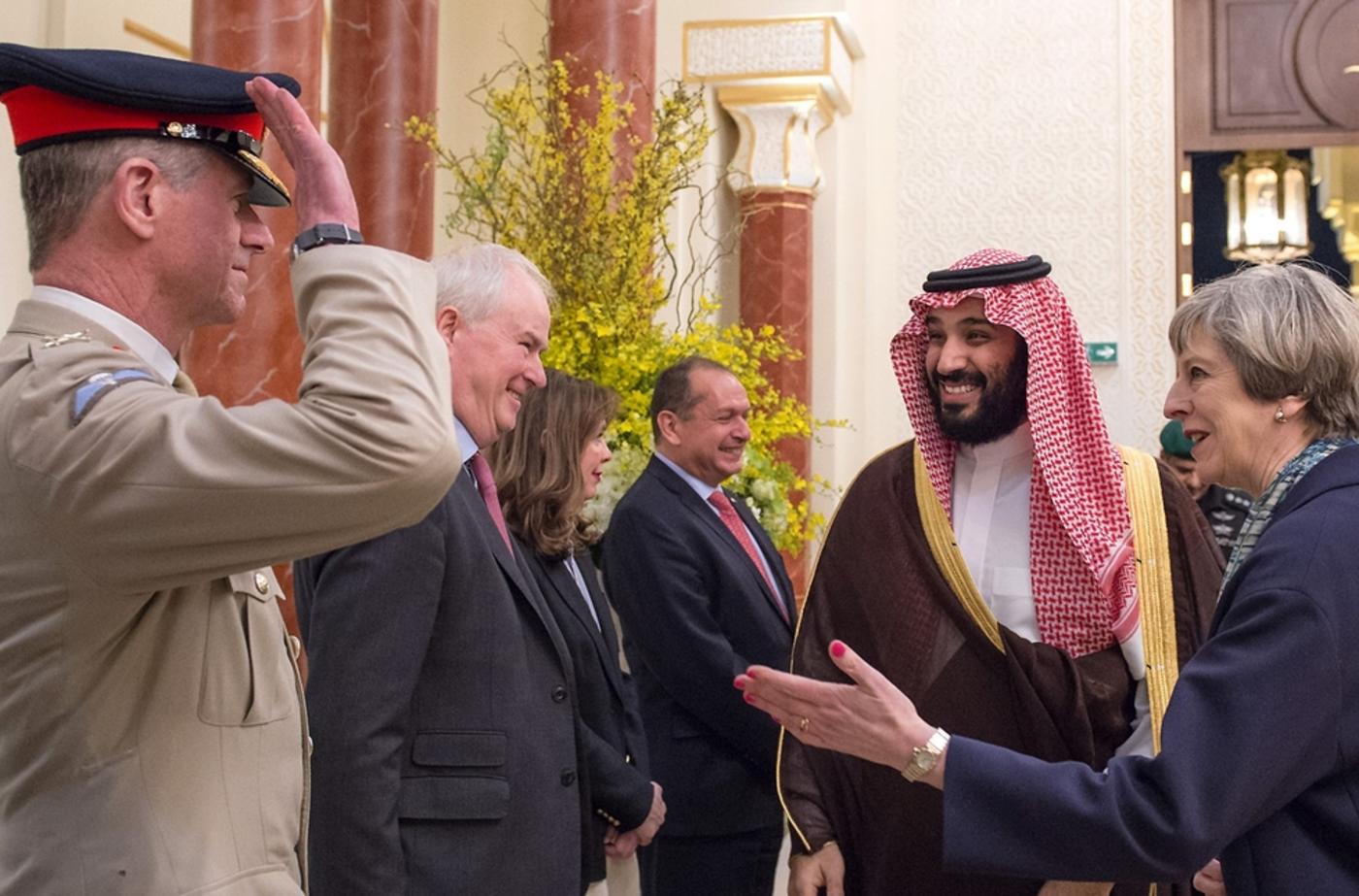 One of the many aspects that I value about being a joint minister in both the Foreign and Commonwealth Office and the Department for International Development is the opportunity to approach the UK's foreign policy challenges and diplomacy holistically.

In few relationships do I see this more than with Saudi Arabia.

When Saudi Arabian Crown Prince HRH Mohammed bin Salman comes to London this week, it will be an opportunity to exchange views and ideas on a wide range of issues – none more important than our political and humanitarian cooperation.

In Iraq, both the UK and Saudi Arabia are deeply involved in vital reconstruction in areas where Daesh (Islamic State) has been territorially defeated.

And it is more than just politics. As a football fan I was also pleased to see the Saudi Arabian football team travel to Basra last week to play the Iraqi national side – an important symbolic moment for both countries. These cultural events also matter.

In the political sphere, the UK and Saudi Arabia work together in forums ranging from the G20, to the Gulf Cooperation Council, and the Organisation for Economic Cooperation and Development (OECD).

Often the idea that the crown prince is a reformer is treated with scepticism by audiences critical of the Saudi Arabian government. The facts say otherwise

While we sometimes disagree about approaches and decisions, we do so with a shared concern for the security, stability and prosperity of our people and the wider world. The partnership between the UK and Saudi Arabia has foiled terrorist attacks, directly saving British lives and the lives of others around the world.

Of course, when the UK's relationship with Saudi Arabia is discussed it is often in the same breath as the ongoing conflict in Yemen. This is one of the world's largest humanitarian crises, and it is a tragedy unfolding in Saudi Arabia's backyard.

It is important not to forget that the war began when Houthi militias overran Yemen's capital, Sanaa, and kidnapped the legitimate prime minister, forcing President Abd Rabbuh Mansour Hadi to flee Yemen.

The Saudi-led coalition's military intervention came at the request of President Hadi, and aims to restore the legitimate government and to counter regional security threats.

We have been upfront in raising our concerns over the conflict with Saudi Arabia. The UK has used every opportunity to call on the Coalition to maintain full humanitarian and commercial access to Yemen, and take every possible precaution to minimise the risk of civilian casualties.

It is simply disingenuous to claim that Saudi Arabia does not have legitimate security concerns or does not care about restoring stability and addressing the humanitarian suffering of the Yemeni people. Saudi Arabia has deep historical ties with Yemen.

It is in Saudi Arabia's best interests to be a friend to Yemen. The Saudi Arabian government has provided billions of dollars of aid over many years. Together with the United Arab Emirates, they have pledged almost $1bn to the most recent UN humanitarian appeal.

The British government firmly believes that there can be no military solution to the crisis in Yemen, and is a leading supporter of the UN-led political process. The recent appointment of new UN special envoy, Martin Griffiths, presents a real opportunity to make progress towards an inclusive political settlement in 2018.

We are encouraging all the conflict parties and regional partners to work constructively with the special envoy to achieve a ceasefire and an enduring peace.

Over my years as minister for the Middle East, first during the coalition government from 2010 to 2013, and again since last summer, I have made a number of trips to Saudi Arabia. Most recently I was there in February for the inaugural Riyadh Humanitarian Forum.

This was organised by Saudi Arabia, endorsed by HM King Salman, and involved over 150 nations coming together to discuss the humanitarian and disaster relief challenges facing the world. This is a wholly worthwhile endeavour, and representative of a new, more outward-looking Saudi Arabia.

Between my first visit to Saudi Arabia in 2011 and today, I have seen the country grow to be more inclusive and more tolerant. Often the idea that the crown prince is a reformer is treated with scepticism by audiences critical of the Saudi Arabian government. The facts say otherwise.

Since HRH Mohammed bin Salman was elevated to crown prince less than a year ago, the government has permitted women to drive from June this year, cinemas are about to open again in Saudi Arabia after 35 years, and the Vision 2030 programme aims to get female participation in the workplace to 30 percent.

These are real changes affecting the lives of real people. They are something that the UK should support wholeheartedly.

Those who claim we can make Saudi Arabia a better place by not engaging with the government, or by criticising from the sidelines, are mistaken. Through my years as the minister for the Middle East, I have seen first-hand that the key to diplomacy, and to creating the future that we want to see for the world, is positive engagement.

The UK has a lot to offer Saudi Arabia in the fields of education, leisure and recreation, clean energy, health technology and many more. Together we can work to tackle shared challenges, bring prosperity to our people, and make the world a safer place.

The UK’s relationship with Saudi Arabia is a force for good. It is with that in mind that I look forward to welcoming the crown prince to the UK this week.

- Alistair Burt was appointed Minister of State for the Middle East at the Foreign and Commonwealth Office and Minister of State at the Department for International Development on 13 June 2017. He entered Parliament for the first time in 1983 and was elected Conservative MP for North East Bedfordshire in 2001. Yemen War
Nowhere to run: The Yemenis stranded in their own country