Can the Saudis get Trump re-elected? 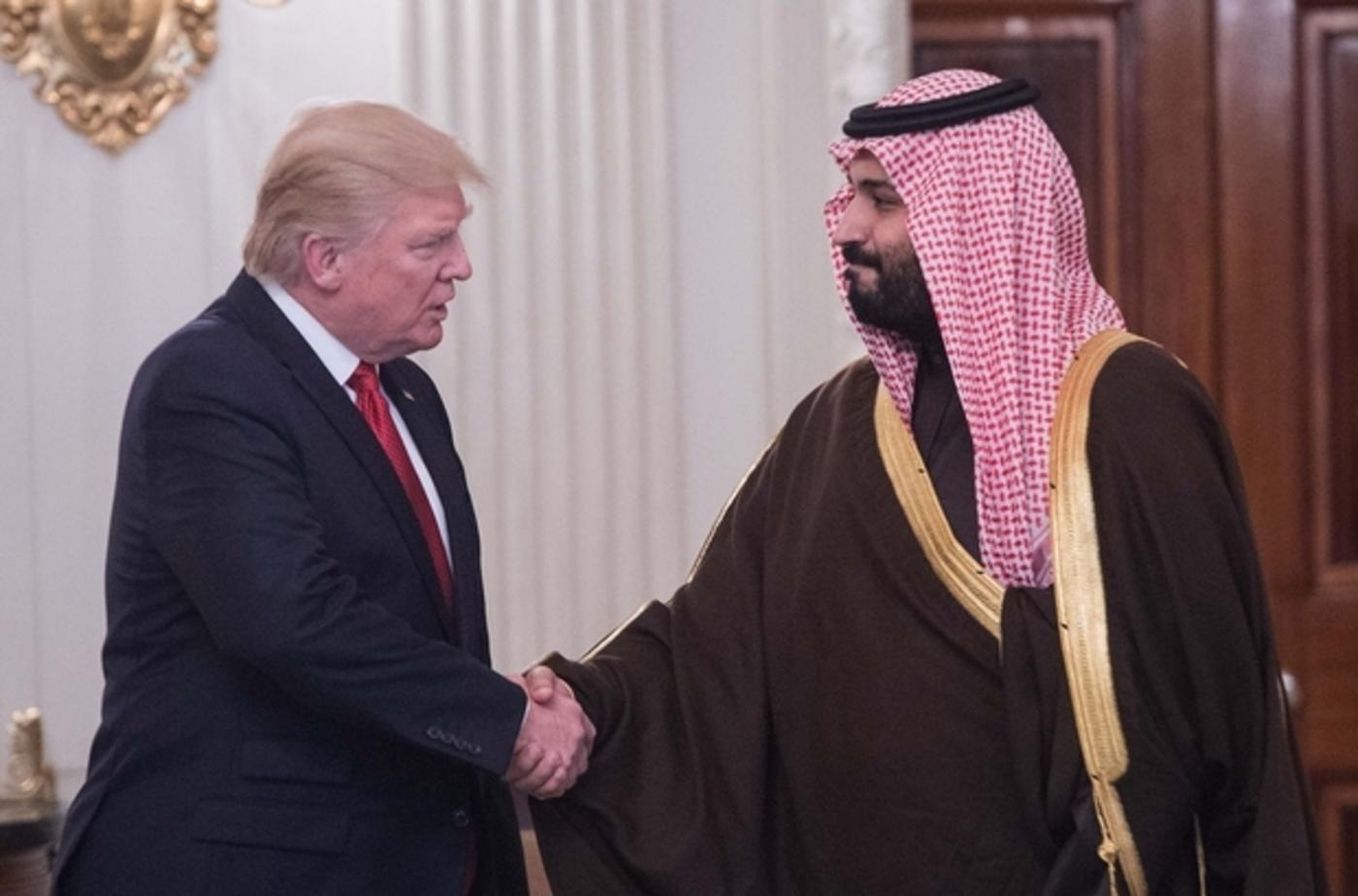 At 2.55am on a chilly November night in New York, Donald Trump had just become president-elect of the largest economy on earth. Outside the Hilton hotel in Manhattan, with protesters clashing outside, he gave a speech.

Trump immediately promised to rebuild America – not just with his infamous anti-Mexican wall, but with motorways, airports, bridges and tunnels. "We’re gonna rebuild our infrastructure,” he pledged. "And we’re going to put millions of people to work as we rebuild it.”

The question on the lips of every Reagan Republican, and worried Treasury official, was how on earth their new president was going to pay for all this.

And if he couldn’t – how would those millions of Trump voters, who had all been promised jobs, react at the next elections?

The answer, or a great part of it, came about 10 weeks ago. The United States was going to rebuild itself – and Saudi Arabia was going to pay for it.

In May, Blackstone, the Wall Street fund run by private equity tycoon and close Trump ally Stephen A Schwarzman, confirmed they had raised $20bn from the Public Investment Fund, a Saudi sovereign wealth fund, to pour into Trump’s infrastructure plan, with the same figure matched by other investors encouraged by the Saudis involvement.

Using this $40bn chest, Blackstone claims that, with the Saudis, they can build some $100bn in motorways, airports, bridges and tunnels. Given Schwarzman’s close interest in politics and the president, it is not unreasonable to presume that this money will be targeted at Rust Belt swing states, the exact states Trump will need to stay in the White House.

Although Trump himself could not make Schwarzman’s lavish 70th birthday celebrations back in February, the president sent his daughter, Ivanka, and her husband, Jared Kushner, in his absence, as well as several prominent cabinet members.

That so many of the Trump clan were in attendance was telling. Trump himself had been at the 60th, some 10 years before.

Schwarzman and Trump still see a great deal of each other. Schwarzman is currently chairing the enormously powerful “President’s Strategic & Policy Forum,” a network of businessmen allied with the president, and set up by Trump weeks after his election.

Schwarzman also went with Trump to visit the Saudis in June, taking part in the inaugural Saudi-US CEO Forum, where more deals worth billions of dollars were signed.

It was only after the executive entourages of America's business and political elites zoomed out of King Khalid International Airport that the exact nature of the Schwarzman deal became apparent.

There was much hype about the "$110 billion" arms deal which, very predictably, turned out to be a load of hot air. “There is no $110 billion deal. Instead, there are a bunch of letters of interest or intent, but not contracts,” writes Bruce Riedel, a senior fellow at the Brookings Institution and the director of the Brookings Intelligence Project.

The promise to donate $100m to a fund "inspired by Ivanka Trump" was standard Trump hypocrisy from a man who had told Hillary Clinton to "return all money from such countries!" That the Saudis were rebuilding America and that Trump was paying for it in kind, a particularly gross and destabilising kind, went largely unnoticed.

Within days of leaving Riyadh, Trump was publicly supporting the GCC embargo on Qatar – which has since turned into a full-on siege. His response to the siege was extraordinary enough that the US State Department came out against him.

What would make a president act so unusually? Was the Blackstone money talking?

The mega-deal Trump has constructed in the Gulf has the hallmarks of his background in property development. It has blurred the lines between familial, political and commercial considerations – with geostrategic aspects, let alone the national interest, lagging far behind.

It is worth noting that Jared Kushner has his own grievances: he and his father were unable to coax $500m out of Sheikh Hamad bin Jassim al-Thani, a former Qatari prime minister, to help refinance a questionable property investment on Fifth Avenue. Talks between Kushner Companies and al-Thani reportedly went on as late as this spring.

“If the deal is not entirely dead,” according to the Intercept which broke the story, “that means Jared Kushner is on the one hand pushing to use the power of American diplomacy to pummel a small nation, while on the other his firm is hoping to extract an extraordinary amount of capital from there for a failing investment. If, however, the deal is entirely dead, the pummelling may be seen as intimidating to other investors on the end of a Kushner Companies pitch.”

Make no mistake – the Qatari state is far from perfect. Yet the level of aggression and lack of willingness to back down from the demands of the troublesome crown princes - Mohammed bin Zayed al-Nahyan in Abu Dhabi, and now money-bags bin Salman - are terrifying. Their dangerous bullishness, which is destabilising the region, seems far less likely to have taken place had Trump not offered them his blessing.

More questions should be asked, particularly by Democrats, about how ethical Trump's own "deal in the desert" really is

There is no doubt that the American Rust Belt needs jobs and certainly needs investment, regardless of whether these are swing states or not. The state of American infrastructure is embarrassingly poor. But turning to the Saudis has its own costs.

The way Trump has offered America's geopolitical strategy as a bargaining chip for his own political ends is hardly unexpected – it looks increasingly possible that Trump may have traded away promises to lift sanctions on Ukraine in return for support from Russia during the election.

More questions should be asked though, particularly by Democrats, about how ethical Trump's own "deal in the desert" really is.

Don't hold your breath - the Clinton Foundation has received anywhere between $10m and $25m in Saudi money.

Draining the swamp may take longer than we were promised. 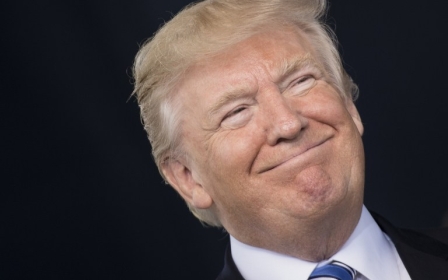 Gulf Tensions
July 3: The end of one revolution and the start of another
David Hearst