CJ Werleman
After the brutal synagogue attack in Jerusalem, not a single Palestinian or Arab was asked to comment on the escalating violence while 15 pro-Israel guests were hosted by CNN in two days 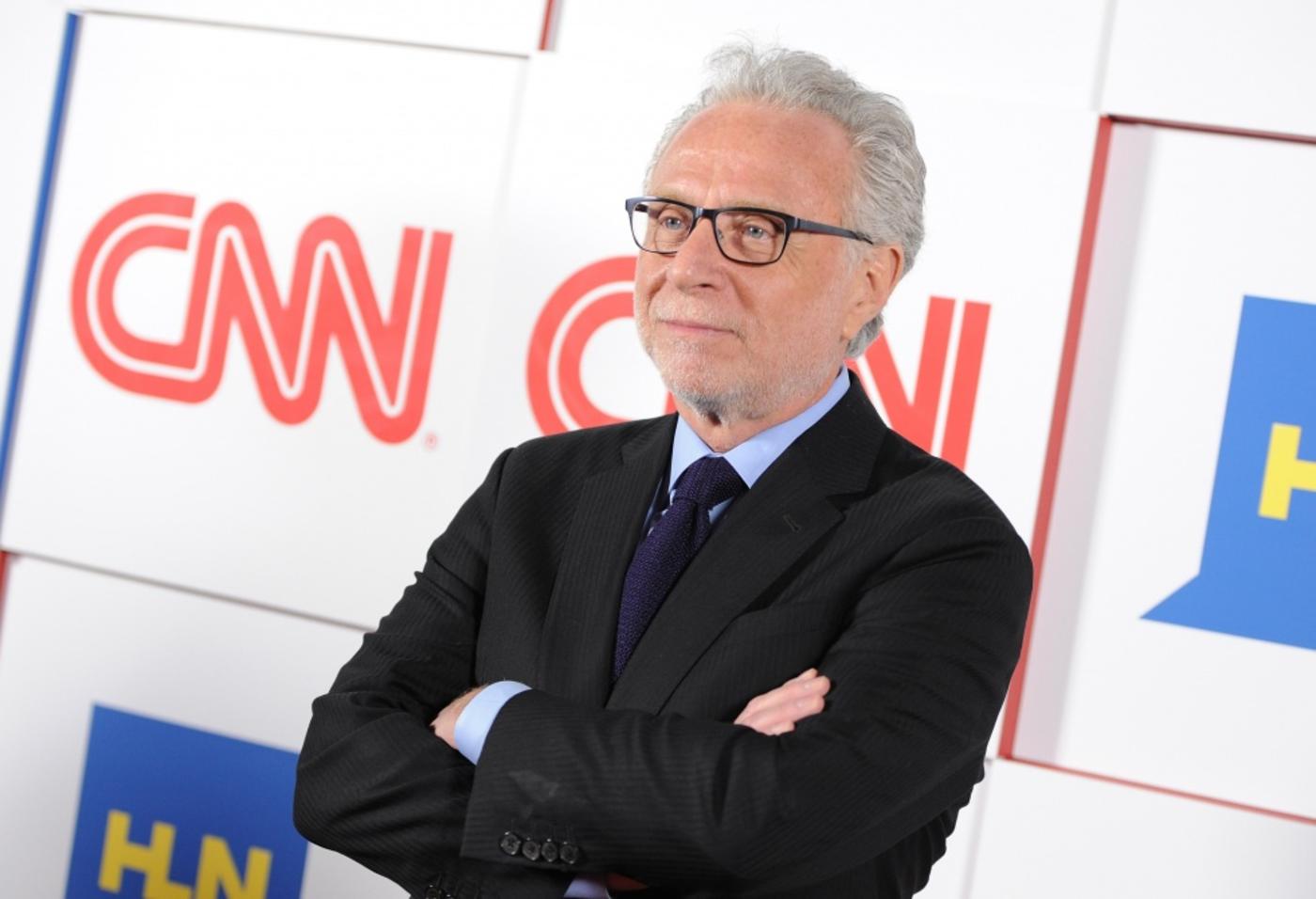 The cable news giant CNN was founded by the billionaire Ted Turner in 1980. The advent of a 24/7 news channel was revolutionary, but for more than a decade, no one really paid the network much attention.

Through most the 80s, Americans, by and large, got their dietary news requirements from network staples like ABC, CBS, and NBC.

But for CNN, a funny thing happened on the way to war – the Gulf War of 1991. As the bombs dropped on Baghdad, it was CNN who dazzled television audiences with the pyrotechnic terror delivered by the US from the midnight skies. CNN was the only US news network on the ground when Operation Desert Storm commenced. It was their war and, in turn, their ratings soared – literally overnight.

In truth, Netanyahu branded the PLO as a front organisation for the Iraqi “madmen.” According to a March 1991 story in the Washingtonian, a PLO official phoned CNN's headquarters during the first week of the war. "This Israeli [Netanyahu] has been on the air for more than half an hour," he fumed. "CNN is becoming a propagandist for the Israelis."

The Washington Times later suggested that: “If any Emmy Award had been given for the Gulf war's best television performance, Benjamin Netanyahu, in all certainty, would have received it.”

"CNN's coverage of the first Gulf War did more than rivet the eyes of a nation on much of what unfolded in Iraq, Israel, Kuwait and Saudi Arabia," said Bernard Rogers McCoy, a professor of journalism at the University of Nebraska. "It focused world attention on unedited events. It forced us to redefine America's role in global politics, diplomacy and security."

In 2008, the Center for Public Integrity found that the Bush administration, “made at least 935 false statements in the two years following September 11, 2001, about the national security threat posed by Saddam Hussein's Iraq.

“Nearly five years after the US invasion of Iraq, an exhaustive examination of the record shows that the statements were part of an orchestrated campaign that effectively galvanized public opinion and, in the process, led the nation to war under decidedly false pretenses,” the nonaligned, non-governmental organisation said.

Nearly all of these false statements went unchallenged by CNN.

In the months after the Iraq invasion began, CNN reporter Christiane Amanpour denounced the US mainstream media for acting as cheerleaders for the Bush/Cheney sold war. Specifically, she called out Fox News for intimidating other news outlets into supporting the war. If there was ever a case of cognitive dissonance, Amanpour’s critique is exactly that, for CNN took on the role of Cheerleader-in-Chief.

“CNN reports shown in the US were relentlessly upbeat, filled with experts describing battlefield tactics as if they were reporting on the Super Bowl,” journalist and author Lance Selfa wrote in a 2003 op-ed.

CNN learnt a valuable lesson in 1991: war in the Middle East is a boon for business. Their business!

It’s clear the profit-motive has made CNN a war propagandist. But has the cable news network also become a “propagandist for Israel,” as one PLO official charged?

The day after the recent violent and grotesque murders of four Rabbis in a Jerusalem synagogue, CNN hosted eight Jewish Israelis, three Jewish Americans and not a single Palestinian to comment on the violence in Israel, according to the blog The Jerusalem Fund.

Not a single Palestinian or Arab was asked to comment on the escalating violence in Israel-Palestine, while 15 pro-Israel guests were hosted by CNN in just two days.

This one-sided narrative allows the erroneous and self-serving assertions of the most right-wing and hyper-nationalistic government in Israel's history to go unchecked or unchallenged on America’s most prominent international news network - CNN. Alan Dershowtiz made the claim Palestinians are the equivalent of ISIS or al-Qaeda, which is like comparing the US Founding Fathers' fight for independence and sell-determination to the goals of the Nazis.

Dershowtiz also told CNN: "Israel has never attacked mosques." CNN did not challenge him on what is clearly a bold faced lie. In 2014 alone, Israel has destroyed one-third of Gaza's mosques. According to a government report: "Israel demolished 73 mosques in 51 days, while 205 others were partially destroyed" during the recent Israeli attack on Gaza.

Each CNN guest presented the synagogue as a religiously motivated attack; despite the fact the families of the killers said they were motivated by the Israeli killings of Palestinian teenager Mohamed Abu Khadeir and the death of 31-year-old Yusuf Ramouni, a Palestinian citizen of Israel who was found hanged in the bus he drove for a living. While Israeli authorities ruled Ramouni’s death a suicide, most Palestinians think darker forces were at play.

One pro-Israeli CNN guest after another conflated the Palestinians with the threat of ISIS. In appealing to American sympathy, Israel is obsessed with conflating America's war on terror with Israel's policies of segregation, discrimination, and occupation of the Palestinian people.

"In the battle for the heart of the American opinion, Netanyahu assiduously cultivated Israel's image as a Fort Apache on the frontlines against the Muslim menace - and the United States as a larger Fort Apache that could learn from the Israeli model," Jewish American author Max Blumenthal wrote in Goliath: Fear and Loathing in Israel.

News anchor, Wolf Blitzer has become the face of CNN. He is the network’s Washington DC Bureau Chief. Blitzer began his career as a correspondent for the ultra-Zionist and hyper-right-wing Jerusalem Post. Before making his way to CNN, Blitzer served a stint as the public relations spokesperson for the American Israel Public Affairs Committee (AIPAC) - aka the Israel lobby.

“Blitzer paraded his true colors during his numerous interviews of Israeli Prime Minister Binyamin Netanyahu by calling him ‘Bibi’ on air,” American journalist Wayne Masden wrote in a recent op-ed for the Intrepid Report.

“Every time a glorified bottle rocket is fired from Gaza into Israel, Blitzer flies off to his old paper’s hometown, to provide ‘on air’ descriptions of life in a ‘besieged’ Israel, air raid sirens wailing in the background. Blitzer’s reports are pure theater, designed to pull at the heart strings of Americans whose knowledge of Middle Eastern affairs could fit into a thimble.”

Masden goes on to argue that “Blitzer’s rapid rise from reporter to Washington bureau chief took place after CNN founder Ted Turner lost control of his company to Gerald Levin of Time Warner”.

It was that move that was instrumental in “turning the network, considered to be relatively unbiased on Middle East issues, into an echo chamber for Israel and its US Lobby,” Masden added.

With very few exceptions, the Palestinians are merely presented as “religious fanatics” at worst, and statistics at best. But American audiences are deprived of the statistics that matter - that the round-the-clock terror inflicted by the Israeli Army on Gaza has resulted in 50 percent of Palestinian children there expressing no will to live; that the Israelis use hunger and deprivation to break the Palestinian will; that 46 percent of all Gazan children suffer from anemia; that malnutrition affects 75 percent of Gazans; and that Israel continues to steal land and build Jewish settlements on territory that is rightfully owned by the Palestinians, in both Jerusalem and the West Bank.

Netanyahu is so brazen about his efforts to deceive the US public that he once told a conference of Likud loyalists: “It doesn’t matter if justice is on your side. You have to depict your position as just."

In offering his support to illegal Jewish settlers on Palestinian lands, he once said: "I know what America is. America is something you can move easily. They won't get in the way."

CNN makes sure of that.