David Barchard
The world is closely watching Turkey as political conflict, violence, protests and uncertainty come to a boiling point 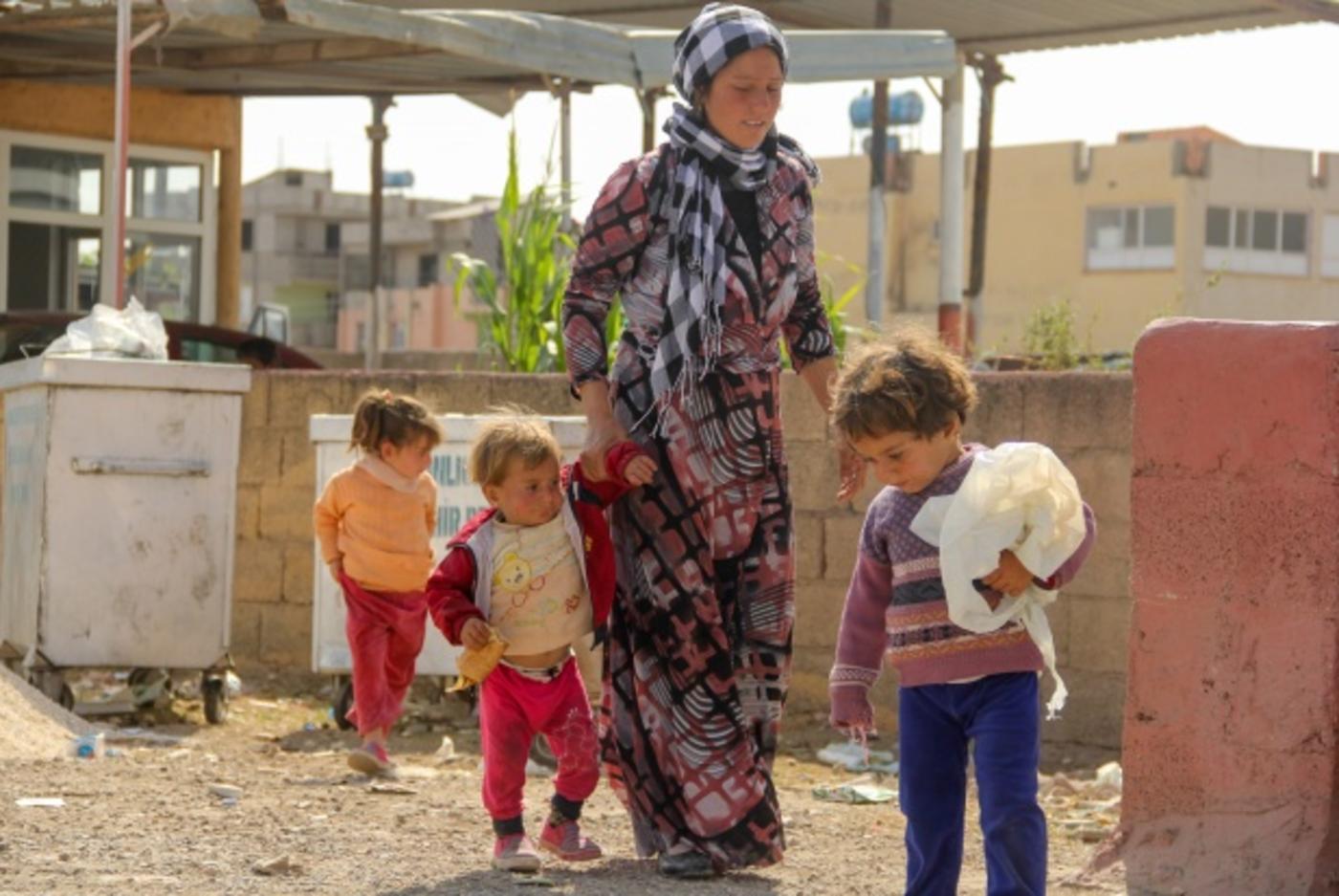 The dark days of violent political conflict in Turkey and harsh administrative measures to quell it returned to the country, suddenly and quite unexpectedly, in three terrible days this week. By Friday morning, the death toll across the country climbed to 35. Two senior policemen were shot dead in an ambush in the southeastern city of Bingol and four terrorist suspects were killed in the operation which followed.

The same night in Gaziantep, a normally peaceful and prosperous large industrial eastern city, four men died in clashes arising from demonstrations for Kobane and against IS, and there were night curfews in many cities in the southeast. Flights out of Diyarbakir airport were suspended for a day. Tanks roamed the streets. A TV announcer reading out the message that ‘life is returning to normal’ in that city looked foolish as the cameras showed a tank passing by on patrol as he spoke.

Just a week ago in Turkey, none of this would have been imaginable despite mounting indignation among the country’s Kurdish population (about one in five people) because of the Islamic State (IS) siege of the Syrian border town of Ayn al-Arab - now more widely known by its Kurdish name of Kobane - where around 2,000 people are desperately trying to stave off the final conquest by IS forces.

The Kurds believe that if Turkey was to allow arms and supplies to travel south into the town, IS might have been repelled. “If Turkey does not help, it could become a second Syria,” went the rounds among indignant individuals in recent weeks.

Turkey does not want to allow any arms to travel to Kurdish militants controlled by the PKK and feels that it has discharged its humanitarian responsibilities by allowing around 150,000 refugees from the town to take shelter on its territory. It consequently refused to help the town’s defenders, though US planes made repeated airstrikes against IS positions, apparently winning a little more time for the Kurds.

On the night of Monday, 6 October, the Kurds believed - wrongly as it turned out - that Kobane was on the point of falling to IS. They were not alone in thinking this. The Turkish President, Mr Recep Tayyip Erdogan, also seems to have thought the end had come, saying in a speech on Tuesday that “Kobane was about to fall.” By then Kurdish movements inside and outside Turkey had pressed the panic button in what now looks like a serious misjudgment, calling on their followers everywhere to descend into the streets to draw attention to the plight of Kobane, whether inside Turkey or in the rest of the world.

Even the Peoples Democracy Party (HDP) - who are regarded as moderates -committed to a Turkish-Kurdish partnership and non-violence, and sent out an alarm call. “From now on everywhere is Kobane. Until the siege and savage attacks on Kobane end, we call on you to resist indefinitely.” In the general excitement, the HDP perhaps simply forgot to mention the need for non-violence.

Though it had no clear leaders, the protests in southeastern Turkey’s Kurdish heartlands seemed more like an attempt at an uprising than demonstrations, with attacks on government buildings and AKP offices and the burning and plundering of state banks. The authorities had prepared for events of this kind. Tanks and teargas quickly filled the streets of many eastern towns and curfews.

In the towns of western Turkey, there was less violence, though demonstrators were wounded in several towns and one man was killed in Istanbul. The main theme in all the demonstrations was protests against IS, but this drew pro-IS demonstrators out too.

In eastern Turkey, clashes are continuing between conservative Islamists and pro-Kurdish groups where six pro-IS Islamists, as well as a Saudi and a Syrian, are among the dead. Clashes took place even in Istanbul.

Kurds and the liberal left in Turkey accuse the police of being pro-IS, supporting these claims with photographs of police raising their fingers in a pro-IS gesture.

Aware that millions of its own supporters viewed the demonstrations, and the burnings and lootings were accompanied with contempt, the government and its spokesmen have maintained an unbending stance. They are continuing to equate IS and the Kurdish PKK as equal dangers. But as of yet there seems to be surprisingly little anxiety in Turkey at IS’s proximity.

Little middle ground exists for dialogue between the government and the Kurdish groups, unlike Northern Ireland where a steady build-up of discreet contacts between second tier leaders helped create the mutual understanding which led eventually to a permanent cease-fire and power-sharing.

The imprisoned PKK leader, Abdullah Ocalan (convicted of starting a terrorist war in which more than 30,000 people died) was one of those calling for an end to violence. So too did Turkey’s social democrats. The HDP co-chairman, Selahattin Demirtaş, also appealed for calm.

On Thursday evening, a group of three HDP politicians visited Mr Efkan Ala, Minister of the Interior, for a one-hour meeting at their request. But the two sides made little headway. Mr Ala, who on Monday warned the protestors in eastern provinces that violence would be met twice over, is thought to have regarded the HDP’s messages to him as threats and blackmail. An hour or two later came news of the assassination of policemen in Bingol and the rising death toll across the country.

Other ministers were trying to make headway in talks with the US over Turkey’s role in the anti-IS coalition. In Ankara, two special presidential envoys, General John Allen and Mr Brett McGurk, met the prime minister Mr Ahmet Davutoglu to discuss forms of cooperation. The talks were described as “detailed and constructive” and a joint military planning team will visit Ankara next week, presumably to discuss operational details.

Turkey continues, quite naturally, to emphasise it cannot put troops into Syria alone. However, the mood of the alliance still looks uncertain. Turkey’s Chief of General Staff, General Necdet Ozel has turned down an invitation from his American counterpart, General Dempsey to attend a summit of chiefs of staff from 20 countries to discuss IS.

Meanwhile in Kobane, PYD Kurdısh defenders, led by a woman commander known as Nalin Afrin, are now thought to hold only 20% of the city. There have been reports that they are running low on ammunition and water. The political reverberations are still widening: both Russia and Iran have warned Turkey over Syria while Iran wants to help Kobane’s defenders.

- David Barchard has worked in Turkey as a journalist, consultant, and university teacher. He writes regularly on Turkish society, politics, and history, and is currently finishing a book on the Ottoman Empire in the 19th century.
The views expressed in this article belong to the author and do not necessarily reflect the editorial policy of Middle East Eye. 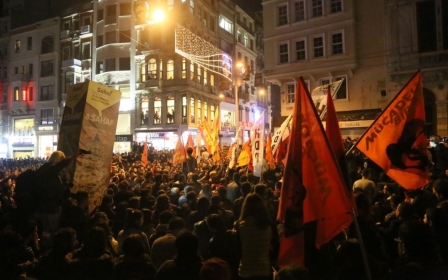 Turkey Politics
Protesters in Turkey critical of government, but against intervention