On the Day of Atonement, the occupation means never having to say you’re sorry

Gideon Levy
Yom Kippur is about the repentance of sins, but almost no one in Israel stops for a moment to seek forgiveness for the occupation 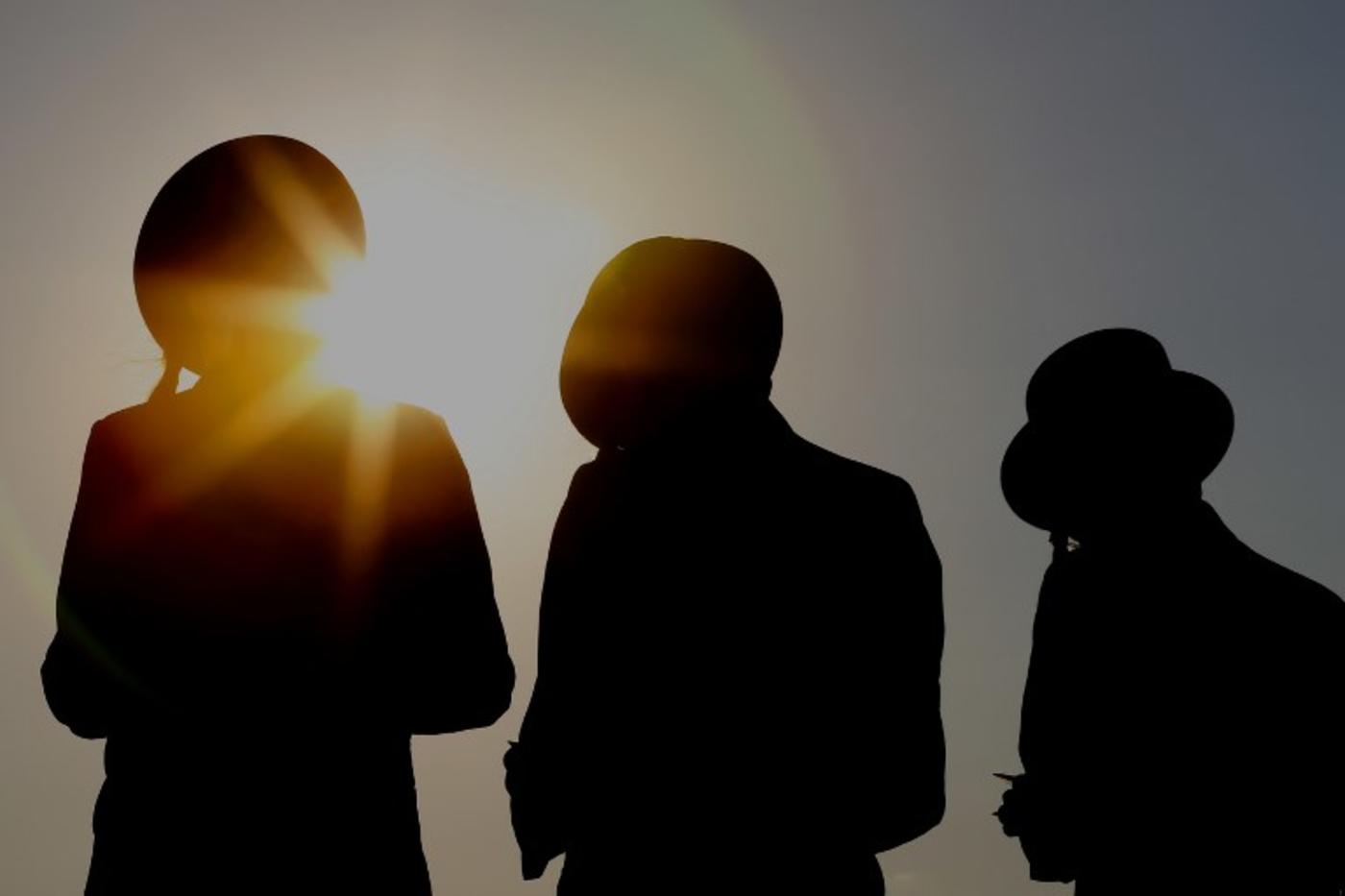 In Jewish tradition, these are the Days of Awe.

Judaism holds that, right as this article is being written, God is considering who will live and who will die in the coming year in light of people’s deeds over the last year. Jews repent of their sins that transgress their obligations to God and beseech God to forgive them.

Israel has yet to turn over even a single page in its quest for atonement - seeking the forgiveness of the occupied for the occupier, of the conquered for the conqueror, of the victim for the thief

But for their sins against their fellow men, the path to God’s forgiveness is different. The Mishnah [Code of Jewish law in the Talmud] says that for such sins, there is no forgiveness from God on Yom Kippur unless one has first sought and obtained forgiveness from those against whom one has sinned.

These are the high holy days in Israel, and the atmosphere among the faithful is steeped in a kind of dread as God’s judgment nears. But almost no one in Israel stops for a moment to seek the forgiveness that is greater than all, and which their country ought to have sought 70 years ago: the day after the Nakba, the catastrophe of the Palestinian people perpetrated by Israel. Even more so for the last 51 years, day after day, hour by hour, during the entire period of the occupation after 1967.

Israel has yet to even begin the crucially important process of opening a new chapter; it has yet to turn over even a single page in its quest for atonement - seeking the forgiveness of the occupied for the occupier, of the conquered for the conqueror, of the imprisoned for the jailor, of the victim for the thief - and yet, without that, nothing will happen.

Symbolic acts should not be denigrated. Sometimes they have tremendous significance. On 7 December 1970, West German Chancellor Willy Brandt visited the monument to the Warsaw Ghetto Uprising in the Polish capital during his first trip to Poland since the end of the Second World War.

Brandt laid a wreath and then made a gesture that will never be forgotten: he dropped to his knees and in one of the most impressive physical displays of its kind in human history, paused there for half a minute in a spontaneous expression of repentance.

He explained afterwards to the surprised observers around him that he had felt the need to ask forgiveness of the millions of victims of Nazism. This simple human gesture was worth a thousand words. It opened people’s hearts, and touched them deeply.

We need not compare anything from our own time to the Nazi era in order to understand that the path to reconciliation is through accepting moral responsibility, through repentance and atonement.

Likewise with the Truth and Reconciliation Commissions in South Africa which, after the Apartheid era, taught us so much about the process of opening a new chapter in relations between peoples, between races and between enemies. In South Africa, the victims forgave their victimisers and this, too, was of importance to the reconciliation process.

Israel has never apologised for anything. It has never shouldered the slightest bit of moral responsibility for its actions. A review of its responses to events presents a fixed pattern that repeats itself time after time, with discouraging sameness: the Arabs are responsible.

It is always the Arabs who are responsible. For everything. Israel has no shred of responsibility for anything, never mind guilt

Israel has never sinned and Israelis have never sinned. From the original massacre at Lydda through the innocents slaughtered at Sabra and Shatila, and on through the killing of unarmed protestors at the Gaza fence in recent months - not one word of repentance, no apology, not even an expression of sorrow.

Not when an old man defending his home is beaten in Khan al-Ahmar, the Palestinian Bedouin village in the Judean desert that Israel is displacing in order to build another Jewish settlement, without shame and without mercy.

Not when Israeli army snipers take aim and fire lethally on a legless amputee in his wheelchair, a nurse in her white uniform, children waving their hands in the air, journalists in vests marked PRESS alongside the Gaza fence - not a word of repentance, atonement or apology. Never.

And even when Israel ostensibly began a new chapter with the Palestinians, exactly 25 years ago with the signing of the Oslo Accords, even then when the signature in Washington took place around Rosh Hashanah, Yom Kippur and the Days of Awe, even then it never occurred to anyone to ask forgiveness, to say we are sorry.

Crying out for atonement

It should have begun in 1948. The day after the big ethnic cleansing was put in effect, Israeli Prime Minister David Ben Gurion should have stood up and said: There was a war, both sides shed blood, some 700,000 human beings fled or were expelled from their homes and not permitted to return. They cannot become refugees forever, they and their descendants. To open a new chapter in the lives of both peoples, we want first of all to say we are sorry for the expulsions, which were intentional and a sin, we want to take moral responsibility and to resolve the problem immediately. We are prepared to extend a hand to the refugees, to allow some of them to return to their homes, insofar as possible, and to provide compensation and rehabilitation for the others.

The occupation cries out for repentance and for atonement. Nothing of this has ever been heard, and will not be heard any time soon.

And one could ask for pardon from everyone who was beaten, or tortured, or humiliated for no reason, everyone whose home was invaded by Israeli forces in the dead of night just to abuse them in front of their children and show who’s boss, everyone who lost precious time and - especially - precious dignity at the checkpoints, everyone who lost their present and their future because the occupation stole them.

One could ask for pardon from the innumerable bereaved Palestinian families, the vast majority of whose murdered relatives were innocent of any wrongdoing whatsoever. One could ask for pardon from the families of children who threw stones, who should not have been summarily executed as they were, and from the families of fishing folk and farming folk and passersby who were killed for no reason.

And of all those families of the wounded who have been left disabled for the rest of their lives. They ought to be asked for pardon by those who have done all of that to them.

The occupation cries out for repentance and for atonement. Nothing of this has ever been heard, and will not be heard any time soon.

Israel has no brave leader who will take this upon his or herself and there is no modicum of moral awareness to allow for an understanding of the enormity of the transgressions that are, still, ongoing.

Israel is too brainwashed, too full of hatred and fear, drunk on power and blinded by self-righteousness, too invested in repeatedly playing the victim, and life in Israel is too good to prompt people to engage with trifles like asking for forgiveness from the Palestinian people, not even during the Days of Awe, which Jews are taught by their faith to see as the most solemn and holy days of repentance.

Some further generations will evidently pass before Israelis will seek pardon from Palestinians. Perhaps someday an Israeli Willy Brandt will appear and fall to his knees in repentance. That will be a great day indeed. I dream of it.

Until then, the status quo will persist, on the way to the establishment of the apartheid state between the Jordan River and the sea.

That Israel should ask forgiveness this year of its victims, now, during these Days of Awe? What does the Israel of 2018 say to that? It says: surely you jest.

Image: Ultra-Orthodox Jewish men pray along the Mediterranean Sea in the Israeli city of Herzliya, near Tel Aviv, while performing the "Tashlich" ritual on 17 September 2018 (AFP) 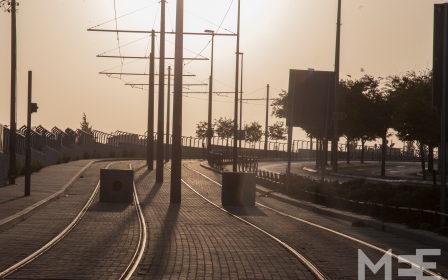