The de-Sunnification of IS and Abu Bakr al-Baghdadi 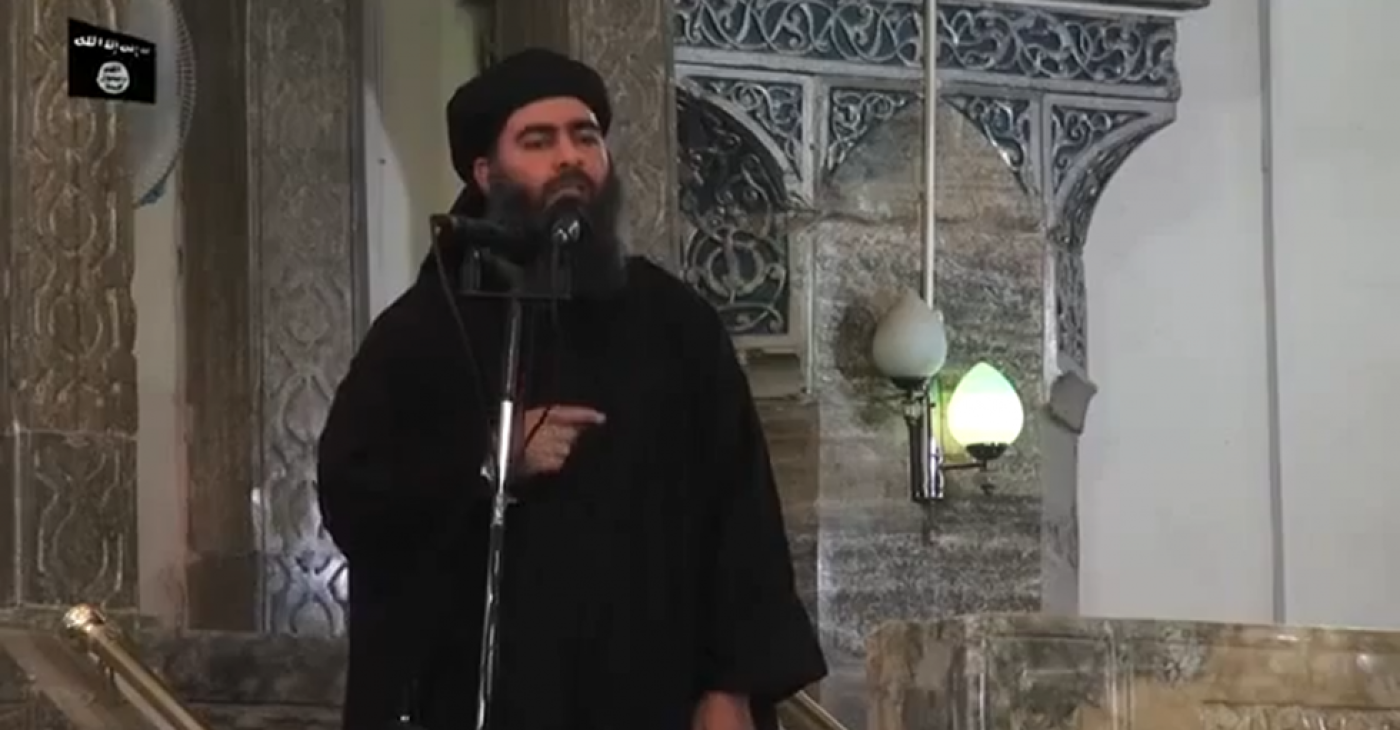 When Abu Bakr al-Baghdadi delivered his sermon from a mosque in Mosul last July, his media machine marketed him as the new “caliphate of Islam.”

The 43-year-old turbaned cleric spoke with a strong commanding voice, and captured the minds of many in vast territories of the Arab and Muslim World.

The Western media, trying to explain this strange and rising phenomenon, often misleadingly described him as successor to the first caliph of Islam, Abu Bakr al-Siddiq. Entire chunks of al-Baghdadi’s sermon, after all, were ripped directly from al-Siddiq’s speeches.

Western journalists covering the story to an un-informed audience would wrap up their articles with a historical brief, saying that “the caliphate of Islam was established after the Prophet Mohammad’s death in 632 and lasted until 1924 when it was abolished by Kemal Ataturk after World War I.”

Whether intentionally or not, this horrendously flawed argument implies that Abu Bakr al-Baghdadi is the natural successor to Abu Bakr al-Siddiq, and a line of great men like Omar Ibn al-Khattab, Ali Ibn Abi Taleb, and Ottoman sultans like Suleiman the Magnificent, Abdülmecid I, Murad I, and Abdulhamid II. This is utter rubbish.

Those were talented men with vision and character. They created modern states and invested in science, arts, and culture. They weren’t in the habit of chopping off heads and terrorizing society. The term “caliph” after all is taken from its Arabic origin, which means “successor” to Mohammad. Abu Bakr al-Baghdadi is not the successor to Mohammad, or to any of the historical characters listed above.

The Islamic State does not represent Sunni Islam, as it claims. That is why before sending US planes to bomb them in Mosul and al-Rakka, we need to de-Sunnify them first. We need to hollow them out from the very foundation through which they claim religious legitimacy.

First, let’s start with the name, “Abu Bakr.” Abu Bakr al-Siddiq was a man of grand wealth and paramount standing in Mecca during the pre-Islamic era.

Al-Baghdadi, however, is an upstart political nobody. Apart from stealing his name and sermon, the comparison ends there.

The real Abu Bakr was the powerful chief of his clan and a respected cloth merchant who traveled with trade caravans from Mecca to faraway Yemen and Syria, gaining worldly experience as he advanced with age.

He was a literate man with a fondness for poetry and he would often participate in poetical symposia in Mecca. He had a very good memory and was a master in the genealogy of Arab tribes, their stories, and politics. When converting to Islam, he put his entire wealth at the service of promoting the new faith, and carried arms shoulder-to-shoulder with Mohammad.

Although his tenure was brief as caliph (only 27 months), he made history by crushing the rebellion of Arab tribes throughout the Arabian Peninsula and played an instrumental role in preserving the Quran in its present form. He was one of the greatest figures in Islamic history. Comparing him to al-Baghdadi is like comparing Nelson Mandela to Osama Bin Laden.

Second, during the times of Abu Bakr al-Siddiq, there was no such thing as a Sunni-Shiite divide. He was a caliphate of Islam, not of Sunni Islam. The same applies to the Ottoman sultans mentioned above. They never promoted themselves as Sunni Muslims but rather, simply, as caliphates of Islam.

Abu Bakr al-Baghdadi, however, is marketing himself as a caliphate of “Sunni Islam.” He of course is investing in a golden historic opportunity, where there is a complete lack of Sunni leadership throughout the Arab World.

The Sunnis have been in power for far too long, under the Zengids, Ayyubis, Mamluks, and Ottomans. With power came corruption and total lack of vision, innovation, and hierarchy.

The Sunnis never felt the need to cuddle up amongst themselves and create a power structure or single authority to follow. This, after all, is the job of minorities. Minorities are the ones that build invisible walls through which they protect themselves from others. They learn from having been victimized at one point in time - by governments or other religions - and create bonds among themselves. This secures their secrets and ways of life, and guarantees their survival as a community.

Sunnis are not a minority - they are an ummah, or nation. They never perceived themselves as a minority and never acted as such.

Let’s look at the experience of Shiite Muslims with the rise of Ayatollah Rohallah al-Khomeini in 1979.

Khomeini emerged to lead his people from poverty and the ghettos, banking on popular sentiment of victimisation among world Shiites. He courted them as the “disinherited,” promising to right all wrongs done to them over the long centuries of persecution, from the times of the second Umayyad caliph, Yezid I.

He created structure for the Shiites, headed by himself as their vali e-faqih (guardian of the faith). He built a strong state - regardless of what one thinks of it now - and did a remarkable job for the Shiites. That post is now held by his successor Ayatollah Ali Khemenei.

Thanks to Khomeini the Shiites of today have one authority to follow. Christians have the Pope, while Ismailis have the Aga Khan. Sunnis, however, have nobody. In comes Abu Bakr al-Baghdadi with a grand appearance, claiming to be the new caliphate of Islam and the true leader of Sunni Muslims.

Al-Baghdadi has learned his lesson from history well. Khomeini emerged as a God-sent saviour to world Shiites. Because of Khomeini, we now have powerful Shiite leaders like Hasan Nasrallah and Muqtada al-Sadr.

He did to Shiites what Zionism did to the Jews; giving them political weight, money, and a leader to follow. Al-Baghdadi thinks he can do just that, feeding off a fact that there is not a single “Sunni leader” in the Arab World. The job is vacant and he wants to fill it.

Turkish President-elect Recep Tayyip Erdogan tried to play the role of Sunni leader, but his political ambitions got in the way. Along with the fact that he is a non-Arab, he always had a language and cultural barrier with Arab Muslims.

The House of Saud tried to play the role of Sunni leadership in the Arab and Muslim worlds, but their form of radical Wahabi Islam always got in the way of their success - along with the advanced age of their monarchs, who have all been way past retirement age.

This is what makes Abu Bakr al-Baghdadi so dangerous. He is young and ambitious, playing in fertile and void territory.

There is genuine fear that his Sunni victimisation campaign will work and that people might tilt towards his distorted form of religion. He controls oil fields, after all, which can certainly be used to buy allegiance. Whether he personally survives or not is not important.

He might depart the scene soon, but the school of thought that he is establishing is dangerous and needs to be combated. One way of course is to create an alternative Sunni leadership throughout the Muslim World. Abu Bakr al-Baghdadi doesn’t represent Sunni Muslims, and nor does IS. This cannot be stressed enough. Somewhere along the way, the de-Sunnification of IS and Baghdadi needs to take place - and it needs to start immediately.

- Sami Moubayed is a Syrian historian and former Carnegie scholar. He is founder of the Damascus Foundation for Historical Studies and author of “Syria and the USA” (IB Tauris, 2012).

Photo credit: Baghdadi giving a sermon in Mosul (You Tube) 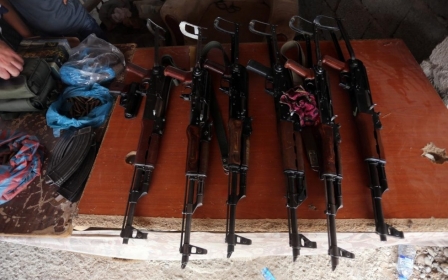 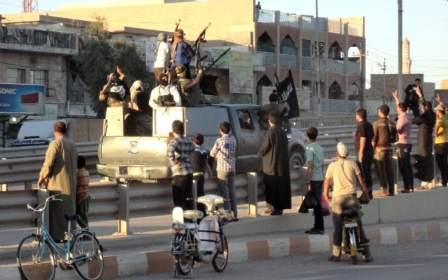 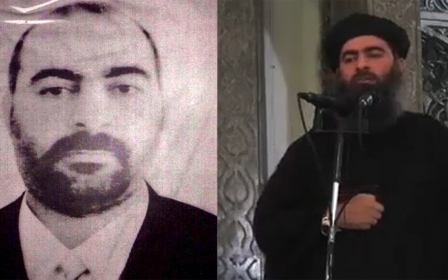