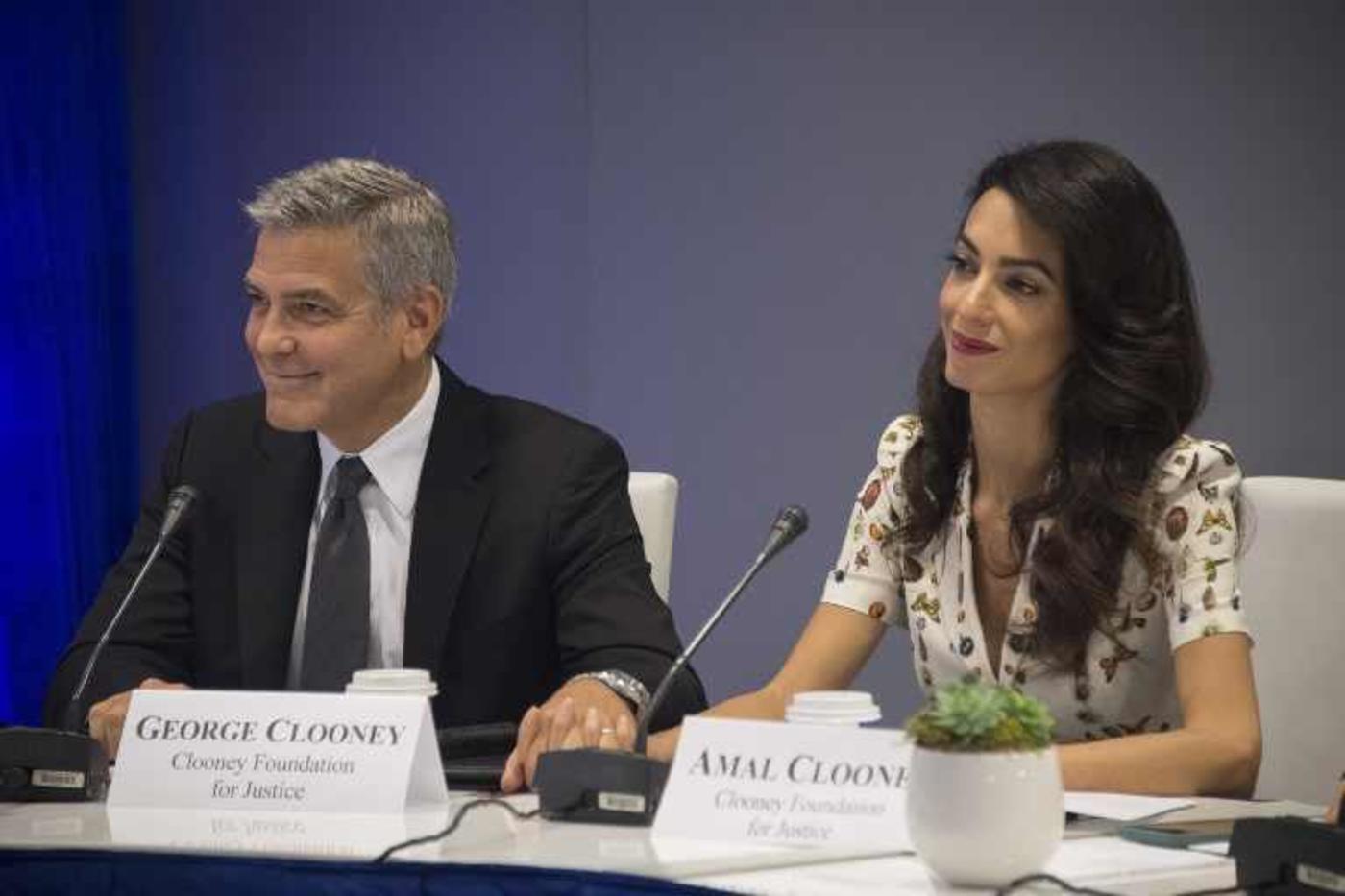 International human rights lawyer Amal Clooney made the announcement this week that, with the moral support of her darling George, she intends to sue the Islamic State (IS) militant group.

She appeared on the US show Today  with moist eyes to make the superficially noble proclamation that she is preparing to put IS at the dock on behalf of a young Yazidi girl who was enslaved as a comfort woman by the group.

When the bodies of refugees and the terminally poor are used as raw material to feign compassion, we have to say enough is enough

With mawkishness and falsity to spare, Clooney said she was willing to “risk her life” because it is “her job” to do so. During the interview, she spoke of how she was outraged by the indiscriminate barbarism of IS and told the UN General Assembly that she was “ashamed as a human being that we ignore their [Yazidis’] cries for help”.

Yet, if Clooney was a committed and honest humanitarian, surely she would have taken the opportunity to make a real difference to, for example, the Palestinian “cries for help” by not rejecting the UN’s offer for her to investigate Israeli war crimes committed in the Gaza Strip following Israel’s 2014 assault on the trapped people there.

Or perhaps, if they were the committed humanitarians they purport themselves to be, she and her husband could have shown more reluctance at hosting a Hillary Clinton fundraiser with Haim Saban, an Israeli-American mogul who calls himself “a protector of Israel” and who has also expressed his desire to see American Muslims “scrutinised” more.

Alas, following her television appearance, what ensued was the predicable titanic outpouring of adulation by the uncritical and unquestioning, whose credulity people like Amal Clooney rely on to get away with being so mendacious.

Surely an experienced jurist like Clooney must know that taking a stateless and faceless gang of messianic jihadis to the dock at The Hague has practical - and I’d imagine serious legal - obstacles of the most fundamental kind.

This then begs the question: if there is not the means to do it, then why did she go on live national American television to advertise her absurd plan?

The truth is quite possibly that the unfortunate Yazidi girl has just been imprisoned for the second time - this time as a prop in the exploitative play of celebrity humanitarianism.

The aforementioned are, of course, that clan of international jetsetting bon vivants who often use war zones and destitute lives as political spaces from which they can grandstand as humanitarians, while actually making very little material difference.

The other half of the Clooney duo - George - has tried over his long career to cultivate the image of a moonlighting activist on issues from animal rights to anti-war; he even stood in front of a group of Syrian refugees earlier in the year and told them that America wouldn’t be America without its refugee communities.

He also made a trip to Germany with Amal earlier this year to plead with Chancellor Angela Merkel to accept more refugees. It is bewildering, therefore, that he would then raise and donate $353,400 to the Clinton presidential bid.

After all, it was Clinton who led the promotional campaign to unmake Libya, reducing a functioning state to a thoroughfare for refugees. She has also stridently supported a substantial US intervention in Syria, calling on President Barack Obama to “arm the hard guys with guns,” a policy that has only contributed to the creation of more of the refugees that Clooney ostensibly cares so much about.

The Clooneys are not the only ones who like their hypocrisy neat. The locus classicus is Gordon Sumner, widely known by his stage name of "Sting". A self-recruited roving diplomat for celebrity humanitarianism, and worth upward of $194m, Sting has ostensibly championed human rights issues for decades - remember Band Aid?

Unfortunately, ever since an embarrassing revelation in 2010, when it was disclosed that he personally accepted $1.2m-$2.5m to fly to Uzbekistan and act as the evening’s entertainment for the brutal despotic regime of the late Islam Karimov, things have never been the same for him

To put it into perspective, Karimov has been condemned by various organisations, from the UN to Amnesty International, for slaughtering protesters demanding equal distribution of wealth, the enslavement of children, and even boiling his political enemies.

Perhaps more sordidly, Sting tried to use UNICEF as a cover, saying that the UN body that seeks to protect the rights of children had “sponsored the event” in which he played, a claim it later denied.

Putting aside - if you can bare to - all of the above, perhaps the biggest tragedy is that hoards of sycophants will still launch themselves in defence of their received idols, no matter how craven they may turn out to be. “You’re just jealous” is the cheap and infantile response one is usually met with upon highlighting any of the above.

Jealousy, or any other reflexive, visceral, and base-level emotion has got nothing to do with it. The instrumentalisation of human agony to climb higher into stardom is nauseating enough, but when the public relations imperatives of people like Sting and the Clooneys - no matter how exploitative – also becomes the stuff of public romance, that’s when we should be disgusted.

When they use the bodies of refugees and the terminally poor as raw material in their feigned demonstrations of compassion, that’s when we have to say enough is enough.

Photo: Actor George Clooney (L) and his wife Amal Alamuddin Clooney attend the CEO Roundtable on the sidelines of the 71st session of the United Nations General Assembly in New York on 20 September 2016 in New York (AFP). 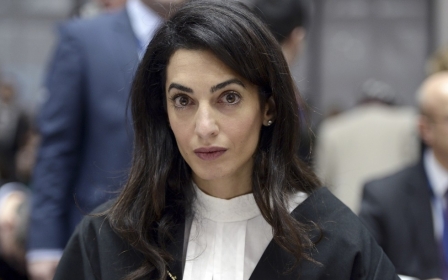