Desperately seeking in Libya: outside mediation

Jason Pack
The only viable solution for peace and prosperity in Libya, writes Jason Pack, is a dialogue among all foreign and domestic stakeholders - but will mediators help? 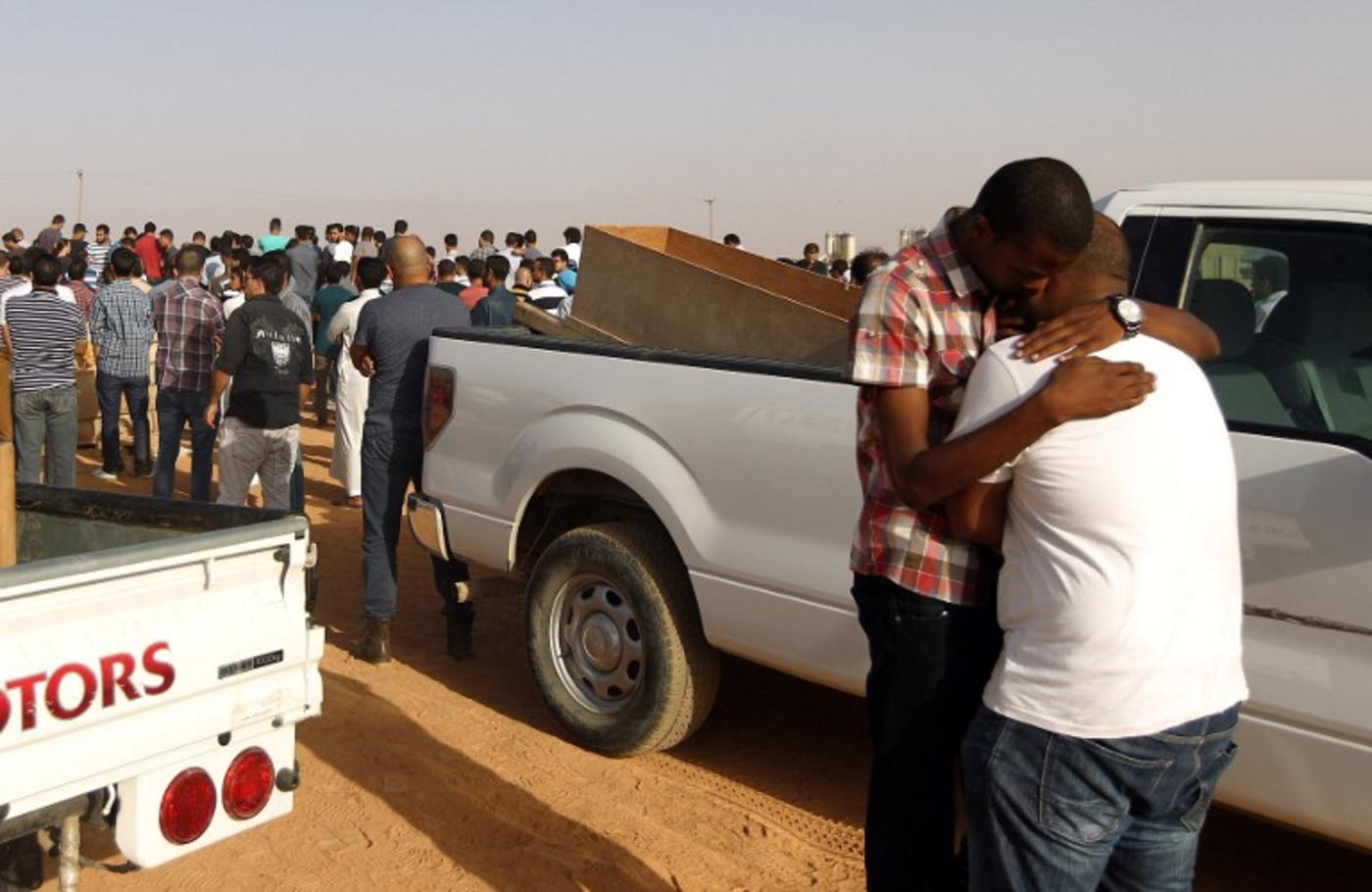 After the demise of the Qaddafi regime in 2011, questions loomed concerning how the various military, political, and tribal factions which banded together to overthrow Qaddafi could coexist with one another.  During the fighting, most towns were cut-off from either the rebel or the Qaddafi government. As such they formed municipal councils and began to administer their own affairs.

In the wake of Qaddafi's ouster and a recent militia war during the summer of 2014, two rival governments have emerged. And yet, the local municipal councils rarely coordinate with either 'government'.

Despite their reluctance to take orders from either power centre, Libya's many city-states are being forced to choose sides among two alliance groups that claim to be Libya's legitimate government. Vying for power in Libya’s political free market, Libya's two major blocs have deliberately pursued a policy of polarisation and differentiation as each attempts to monopolise Libya’s vast hydrocarbon resources.

On one side of the conflict is the Islamist alliance - made up of a wide spectrum of views ranging from the moderate Muslim Brotherhood to the extremist faction of Ansar al-Sharia, which many think responsible for killing US Ambassador to Libya, Chris Stevens. As a result of generous military and media support from Qatar in the 2011 Libyan uprisings, the Islamists were able to build the single largest militia bloc, the Misratan-led Libyan Central Shield.

Despite possessing this military juggernaut, they lost ground in June's election for the House of Representatives (HoR). Their superior firepower and human resources, in conjunction with a more cohesive political alliance between their internal factions, has allowed them to take control of Libya’s two largest cities - Tripoli and Benghazi - and challenge the power vested in the newly formed HoR. Along with Qatar, the Islamists receive significant support from Turkey and Sudan in the form of weapons and logistical support. Without a democratic mandate, however, the Islamists lack the international political legitimacy and economic resources to be the sole authority in Libya. Nonetheless, the pseudo-government that they have established is far better organized than that of their rivals.

Conversely, the non-Islamist alliance is composed of a range of factions that share very little outside of a common enemy. Despite their differences, the House of Representatives, Khalifa Haftar’s Operation Dignity, and Cyrenaica’s Federalists all agree to work together to retain control over the Central Bank and most of the country’s oil terminals. Yet this marriage of convenience could unravel at a moment's notice. Last week, they failed to approve Prime Minister Abdullah al-Thinni's first attempt to form a cabinet. This is a sign that internal tensions between the Federalists and the National Forces Alliance (a liberal nationalist political party which won Libya's 2012 parliamentary elections) are near the breaking point. As such, Libya's democratically elected and sovereign government is far less functional than its opponents and far more removed from the developments that are affecting the majority of Libya's population scattered throughout the country. Western countries continue to make the mistake of considering only the House of Representatives as Libya's sovereign government. Furthermore, we have fallen back on our knee-jerk response of supporting would be autocrats who claim to be fighting jihadists.

Rather than attempting to mediate the yawning gaps between Libya's factions, the international community in general, and the US in specific, has so far only chosen to talk with the representatives of the HoR, the non-Islamist alliance. New talks have been announced for 29 September but it is unclear if they will even happen let alone succeed in bridging any gaps. An American olive branch to the moderate wing of the Misratan alliance could be very useful at present.

Attempts to cut the Islamists out of last week's Madrid Conference may provoke them into leveraging their superior military might to paralyse the Central Bank and the National Oil Corporation. This can be accomplished by holding managerial personnel hostage, appointing parallel decision makers, or curtailing the day-to-day functionality of either institution. At present, they have appointed their own oil minister and moved to impose him directly upon the ministry.

The House of Representatives-led bloc barely controls any territory in Libya. It is hanging on for dear life in Tobruk and Beida - Libya's seventh and fourth most populous cities. Yes, it boasts the support of the international community and conservative Arab powers. But its belief that this will be paramount in regaining the territory it has lost to the Islamists is delusional. In fact, the opposite appears to be the case.

The supreme irony is that the airstrikes led by the United Arab Emirates and Egypt against Misrata’s weapon depots last month forged a more cohesive Islamist alliance in Libya. Hence, what was once a fragmented and ill-coordinated collection of Misratan militias and their moderate and extremist Islamist allies was pushed to become a coherent force to overcome the airstrikes and tempt Libya's local communities to align with it.

The situation in Libya affects the economy and security of whole Mediterranean basin. Arab and regional powers also have a vested interest in the outcome of Libya's current quagmire. Since the ouster of the Muslim Brotherhood president Mohamed Morsi in Egypt last year, President Abdul Fatah al-Sisi and his backers in Saudi Arabia and the UAE have embarked on a campaign to stop what they see as an existential threat to their authority posed by Islamist groups like the Muslim Brotherhood. These conservative Arab regimes no longer trust that their traditional alliance with the US is enough to protect their regional interests and keep emerging Islamist actors in check. On the other hand, Libya would be an extremely precious asset for the Muslim Brotherhood, as it would give the organisation a means to bankroll their activity in the region and plan a re-entry into the Egyptian political sphere.

Sadly, it is the short-term thinking of foreign and domestic factions, in combination with a prevailing zero-sum logic, which feeds into the present chaotic situation. The Islamists refuse to recognise the democratic mandate of the House of Representatives, fearing the possibility of being sidelined from the political process. Conversely, the anti-Islamist alliance prefers to rely on foreign powers to establish security rather than attempting to make peace with their Libyan brethren who they decry as terrorists. Western policymakers have not used the carrots and sticks they possess to nudge the anti-Islamist alliance towards genuine compromise.

It will be interesting to see if Monday's agreement by all foreign and domestic parties to stop the violence facilitates a peaceful end to the conflict. Ultimately, a grand dialogue where all foreign and domestic stakeholders are given a seat at the table is the only viable solution for both a short-term détente and long-term peace and prosperity in Libya. America must stop passing the buck on Libya. Obama was wrong to classify the Libya intervention as his greatest foreign policy regret.  Intervening was the right course of action because it was requested by the Libyan people and the Arab League. Now, that Western actors have wisely promised to avoid any kind of military intervention, the Libyan majority are now waiting for outside mediators to step in where traditional tribal methods have failed.

- Jason Pack is a researcher of Middle Eastern history at Cambridge University, president of Libya-Analysis.com, and lead author of  Libya’s Faustian Bargains: Breaking the Appeasement Cycle - published in May 2014 by the Atlantic Council.

Photo credit: Funeral for Libyan activist Tawfik Bin Saud in Benghazi on 20 September. Tawfik was killed, along with a friend, late on 19 September, by unknown gunmen as they were driving home in Libya's eastern coastal city of Benghazi. For several months, the city has seen clashes between army forces loyal to Haftar and Islamist militias, including members of Ansar al-Sharia (AFP)