Dina Yazdani
Used adeptly, the deal could curb Iran's involvement in Syria and precipitate democratisation. Rip it up and those dreams are over 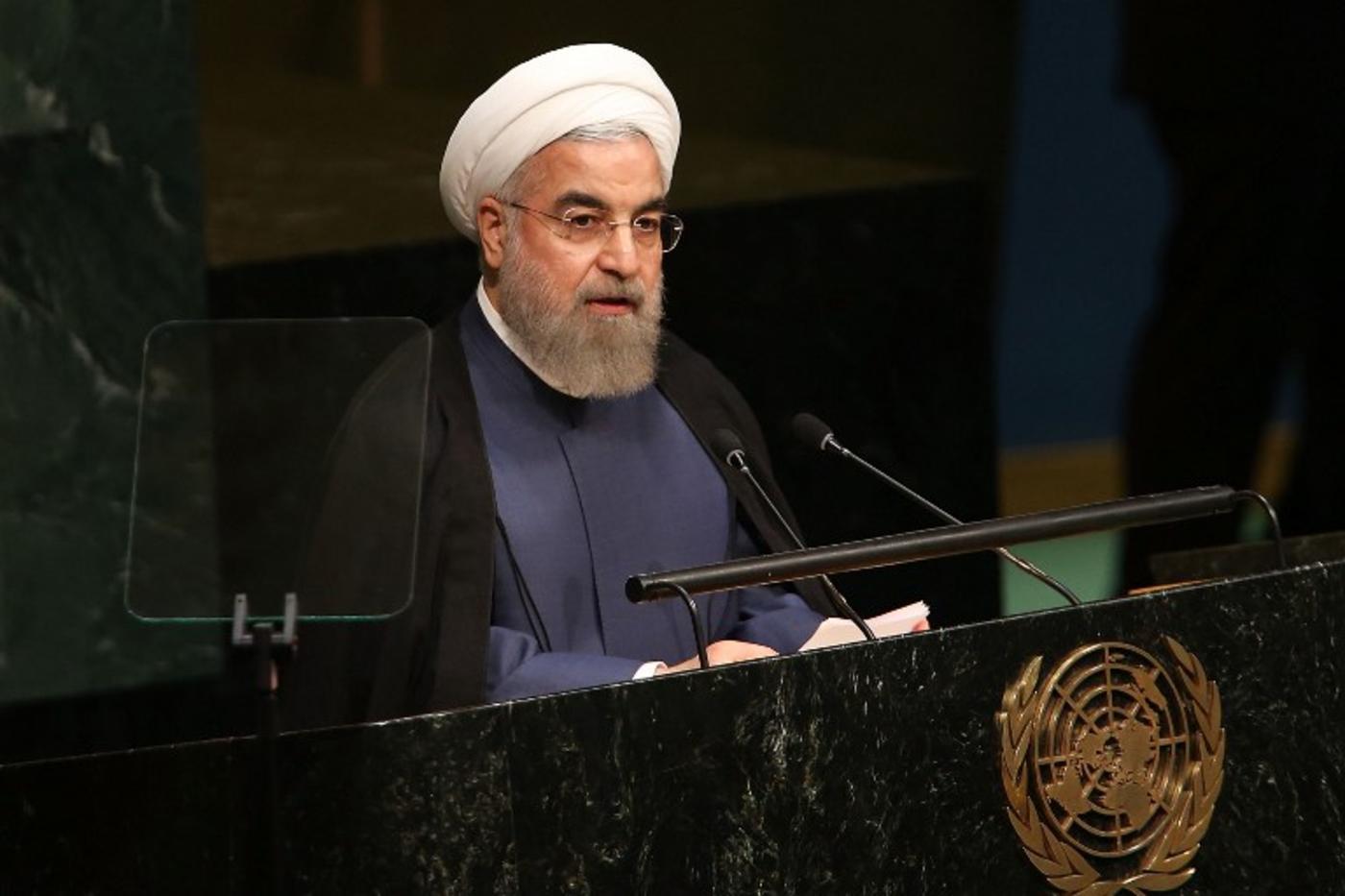 Iran has been put “on notice”, and the nuclear deal could be at stake. The new Trump administration has fulfilled its campaign promises by enacting executive order after executive order, including the notorious “Muslim ban” and the “Mexican wall”.

Both could have adverse effects on national security and jeopardise Washington’s position in the international community. Dismantling the nuclear deal will do the same.

Pulling out of the agreement would embolden hardliners in Iran and lead to even greater authoritarianism inside the country, and more hostile foreign posturing that will exacerbate sectarianism

“Ripping up” the international agreement may be an executive order that would be welcomed by many. Iran’s work in bolstering the Syrian regime has enabled Assad to massacre his own people under the veneer of “fighting terrorism”.

Tehran’s indispensable role in the Syrian conflict has angered supporters of the revolution, who have called on American leaders to impose more economic sanctions on Iran, and even for the US to renege on the deal.

But pulling out of the agreement would embolden hardliners in Iran and lead to even greater authoritarianism inside the country, and more hostile foreign posturing that will exacerbate sectarianism. Honouring the agreement on the other hand, which the US has failed to do since its inception, would have a sizeable effect on softening Iran's foreign policy and empowering its pro-democracy reformists.

Only days after signing the nuclear deal, known as the Joint Comprehensive Plan of Action, Iran was offered a seat at the table for the second round of Vienna talks on Syria in December 2015. The gesture was not a reward, but rather a quid pro quo that should have defined Iran’s future relationship with the international community.

For the first time, Iranian officials conceded that Assad should not lead a post-conflict Syria, although they maintained that he should play a role in the transition process - something that then US secretary of state John Kerry agreed on. Iran's change in attitude reflected the moderating effect that inclusion into the international community can have on rogue states. However it did not last long.

Tehran has been unable to realise any substantial economic relief from the nuclear deal, and consequently has felt little incentive to its sponsorship of groups like Hezbollah and its own forces protecting the Assad regime.

Only a year after the deal was signed, Congress passed the Iran Sanctions Extension Act which imposed more crippling sanctions. In his first days in office, Trump ordered more sanctions in an effort to weaken what he called a “dumb deal".

READ: Why Trump has Tehran in his crosshairs

If Iran is treated as a member of the international community and less like its pariah, it would be pressured to curb its involvement in Syria out of fear of losing its standing.

The sanctions implemented by Washington hurt ordinary Iranians more than they have hurt Tehran - and it is exactly the people that the administration should be reaching out to, not punishing them in retribution for their government’s actions.

It is counter-productive for the US to constantly threaten to pull out of the nuclear agreement and enact more sanctions. Iran has not reformed its foreign policy as much as it would have if the US actually honoured its end of the deal. It is debilitating for reformists who want greater relations with the West, not to mention the Sunni Arab world, and buoys the hardliners’ sectarian-motivated foreign policy.

If Iran is treated as a member of the international community and less like its pariah, it would be pressured to curb its involvement in Syria out of fear of losing its standing.

President Rouhani not only signed the JCPOA for economic sanction relief, but also because of the potential effects it would have on precipitating the country’s democratisation. The reformist camp strives to expand political rights and soften the imposition of Islamic law by operating through government, instead of against it.

Tehran frequently uses the threat of a US attack to justify its repression. If the US emerges more as an ally than an adversary, the Iranian government will be forced to address national discontent

They use Islamic jurisprudence to support their belief that Islam is compatible with democracy, and that liberalisation of society will not undermine the revolution that the country was founded on.

Last year, reformists made major gains in both the parliamentary elections and the Assembly of Experts, which appoints the Supreme Leader Ali Khamenei’s successor. Their recent electoral successes serve as a mandate for the reform movement’s political agenda.

As a result, Iran will no longer be immune from infectious international norms that promote human rights. Tehran frequently uses the threat of a US attack to justify its repression of the opposition by accusing them of being foreign agents. If the US emerges more as an ally than an adversary, the Iranian government will be forced to address national discontent.

READ: Missile crisis: Trumps bullying tweets will not make Iran back down

Economic growth will also strengthen Iran’s middle class, who are the greatest supporters and agents of democratic reform. It will be harder for Tehran to ignore their demands for greater political freedom under the watchful eye of its new economic partners. This provides an opportunity for reformists to advance their agenda.

An economic opening forged by the nuclear deal - if it is honoured by the US - will lead to greater commerce and cultural exchanges between the US and Iran.

Foreign companies have flocked at the opportunity to do business with Iran, but their efforts have been largely hampered by trying to tip-toe around confusing US sanctions

The fault-lines dividing the “Great Satan” from the “Mad Mullahs” will narrow over time, and enable a restoration of diplomatic relations that we have already witnessed between Iran and other signatories of the agreement, including Britain and France.

Iran isn’t the only one who stands to benefit from an opening of its economy and society. While Trump obsesses over expensive plans to build a wall on the Mexican border, he is missing out on a tremendous opportunity that would actually aid the economy.

This past winter, Iran signed a $16.6bn deal with Boeing which would create an estimated 100,000 American jobs. Iran is a country of over 77 million people that includes a large talent pool of engineers and doctors waiting to be tapped. Foreign companies have flocked at the opportunity to do business with Iran, but their efforts have been largely hampered by trying to tip-toe around confusing US sanctions.

Trump has threatened to block all sales from the US to Iran, including the deal with Boeing. If the businessman-turned-president wants to fulfil his commitment to “make America great” by rectifying the supposed “disaster” of an economy he inherited, building planes, not walls, would be one worthwhile strategy.

Dismantling the nuclear deal now would be disastrous for both Syria and the future of Iranian reformists. Iran intervened in Syria at the height of crippling sanctions, and has continued to bolster the Assad regime since.

Sanctions have been abused by Washington and have lost their coercive effect on the Islamic Republic. If the US were to honour the nuclear agreement by easing its sanctions, they would find a more friendly partner in Iran.

The agreement has achieved what it set out for: significantly reducing the country’s uranium enrichment and guaranteeing a nuclear-free Iran. It has not, however, led to an economic revival that Iran hoped for.

Reciprocity is a fundamental quality in Persian culture. Tehran is waiting for Washington to fulfil its end of the bargain, and if it doesn’t, Trump may not be the one who rips the deal apart. What that will mean for Syria is an outcome we should not entertain.

- Dina Yazdani is currently a Master's student in Conflict Resolution in Divided Societies at King's College London. She is a Reporter for Fair Observer, and previously served as the News Team leader of Aslan Media. Her work mostly centres around sectarianism in the Middle East and Iranian politics. 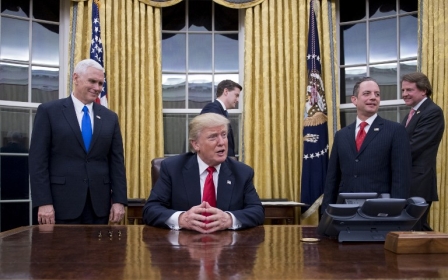 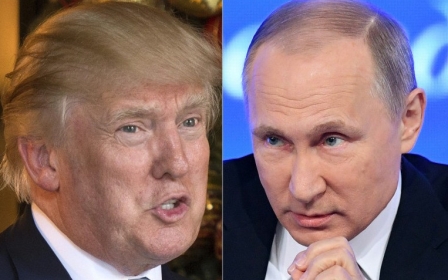 Diplomacy
Trump and Putin: Deal or no deal?
Sarah Lain 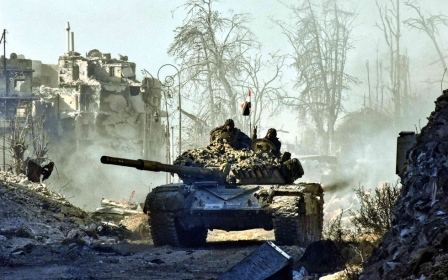