Ben White
Palestinian displacement and Israeli construction is a decades-old pattern, but its recent escalation should give Israel diplomatic trouble 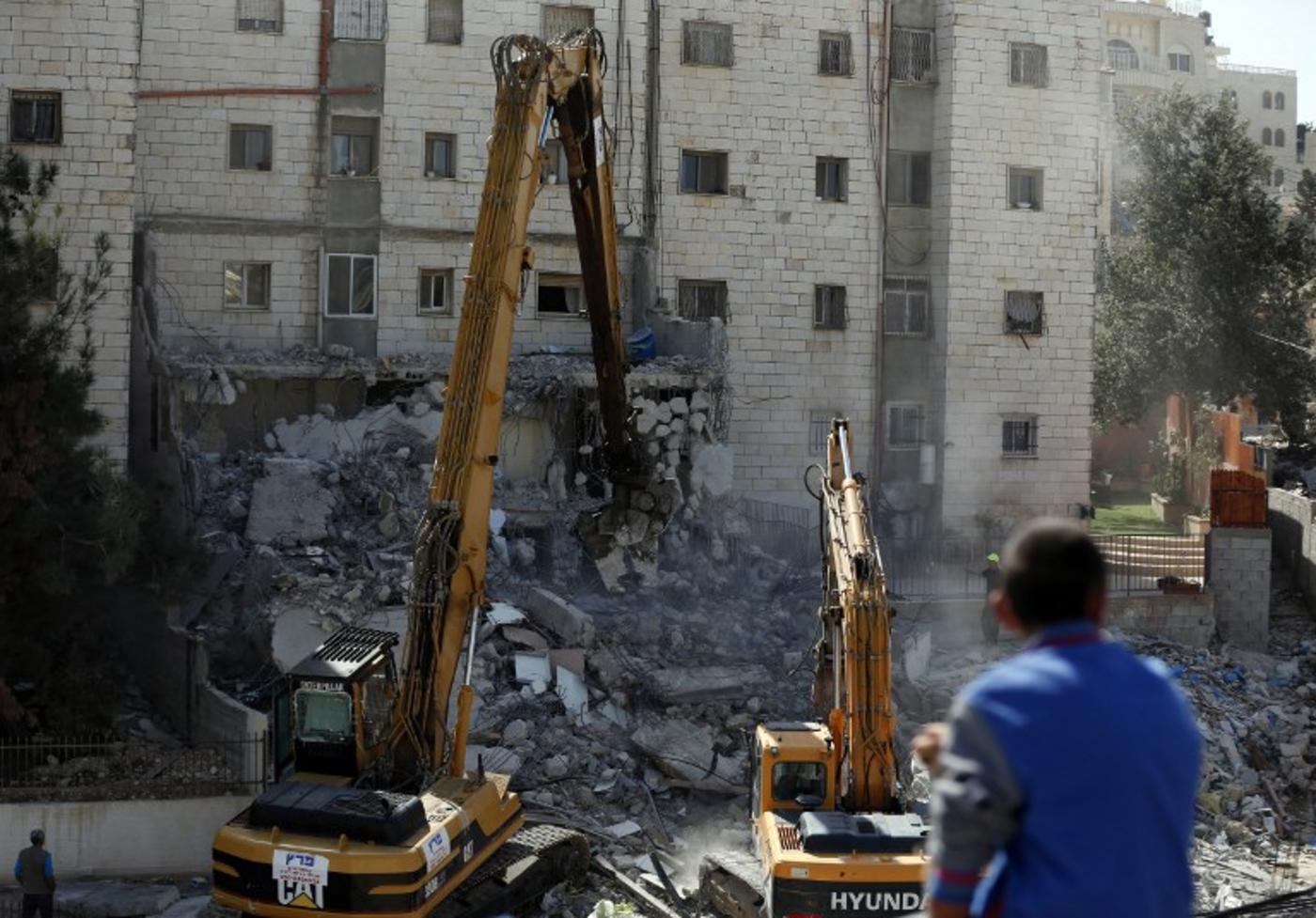 “[Israeli] settlement activity … is corrosive to the cause of peace," the statement began, describing Israel’s recent steps as merely “the latest examples of what appears to be a steady acceleration of settlement activity that is systematically undermining the prospects for a two-state solution".

Settlement construction and the demolition of Palestinian homes, it went on, “is part of an ongoing process of land seizures, settlement expansion, legalisations of outposts, and denial of Palestinian development that risk entrenching a one-state reality of perpetual occupation and conflict".

At the end, a final blow: the Netanyahu government’s “pattern of provocative and counterproductive action … raises serious questions about Israel's ultimate commitment to a peaceful, negotiated settlement with the Palestinians".

The statement published on 27 July was authored by none other than the US State Department.

The developments that the State Department's spokesman, John Kirby, was responding to are grimly familiar: the past few weeks have seen reports of construction plans for hundreds of settlement housing units advancing through different stages of the planning process as well as “a plan to retroactively legalise an outpost near Ramallah".

Meanwhile, as the State Department highlighted, there have been increased demolitions of Palestinian structures in the West Bank and East Jerusalem. According to the latest UN briefing, Israeli authorities have demolished 684 Palestinian-owned structures in 2016 to date (up to 1 August), displacing 990 residents. By comparison, 531 structures were demolished in the whole of 2015.

Of course, a major disparity between US government rhetoric and action remains (as pointed out in no uncertain terms by AP reporter Matt Lee this week). Even so, the issue of parallel settlement growth and the demolition of Palestinian homes is liable to cause Israel increased diplomatic trouble.

For Western governments, one of the main reasons why settlement construction and the demolition of Palestinian homes are problematic is because of the way in which they make it trickier to establish a Palestinian state (an anxiety expressed by Washington).

Settlements and demolitions are also both grave violations of international law: the Fourth Geneva Convention prohibits the establishment of Israeli civilian colonies in the Occupied Palestinian Territory, and it also limits the demolition of property strictly to cases of "military necessity".

But aside from damage to the already deeply comatose "peace process," and the issue of Israel’s deliberate and systematic breaches of international humanitarian law, the demolition of Palestinian property alongside the continued growth of illegal colonies is a microcosm of a bigger picture.

They are two sides of the same apartheid coin in the West Bank, reflecting a regime where one group – Jewish Israeli citizens, protected by the Israeli army – lives in segregated privilege, while the other group, Palestinian non-citizens, are expelled, controlled and brutalised by that same Israeli army.

This is not a new phenomenon. In the past 10 years, Israeli occupation forces have demolished more than 1,100 Palestinian homes. And that's not counting other structures including shops, schools and factories.

But we can take an even wider perspective, since settlements and demolitions are a consistent thread running through the history of settler colonialism in Palestine. In the first five years after the establishment of the State of Israel, 95 percent of new Jewish communities were built on the property of expelled Palestinian refugees.

More than 400 Palestinian villages were destroyed in the Nakba, their land redistributed to – among other recipients – the kibbutzim. Palestinian neighbourhoods in historic cities like Jerusalem, Acre and Haifa were emptied and repopulated by Jewish Israelis. Displacement, and construction.

And so it continues. The homes of Palestinians with Israeli citizenship are not safe from a bureaucratic system that professes "blindness" to the ethnicity of those whose properties it condemns and destroys, but whose political masters are clear about what a "Jewish state" means in practice for its non-Jewish inhabitants.

Sometimes it’s called "facts on the ground" – other times, it’s called "development". In the Negev, Jewish communities are built, and Palestinian communities are torn down. A few miles up the road, in the southern West Bank, the same thing is happening. In East Jerusalem this week, one Palestinian family experienced their sixth home demolition in a decade.

The escalation of demolitions and continued settlement construction, heavily criticised by Israel’s international allies, is an opportunity to explain that such processes are not aberrations or a radical departure, but a microcosm of a Palestinian experience, some 70 years old and counting, at the hands of Zionist settler colonialism.

Photo: Israeli authorities demolish Palestinian family home that the authorities say was built without a municipality permit in the East Jerusalem neighbourhood of Beit Hanina in November 2015 (AFP)