Does the UK have a red-line when it comes to Bahrain's rights abuses?

Sayed Alwadaei
The Conservatives and Bahraini rulers have become very close - at what point will the UK criticise Bahrain for its persistent rights abuses? 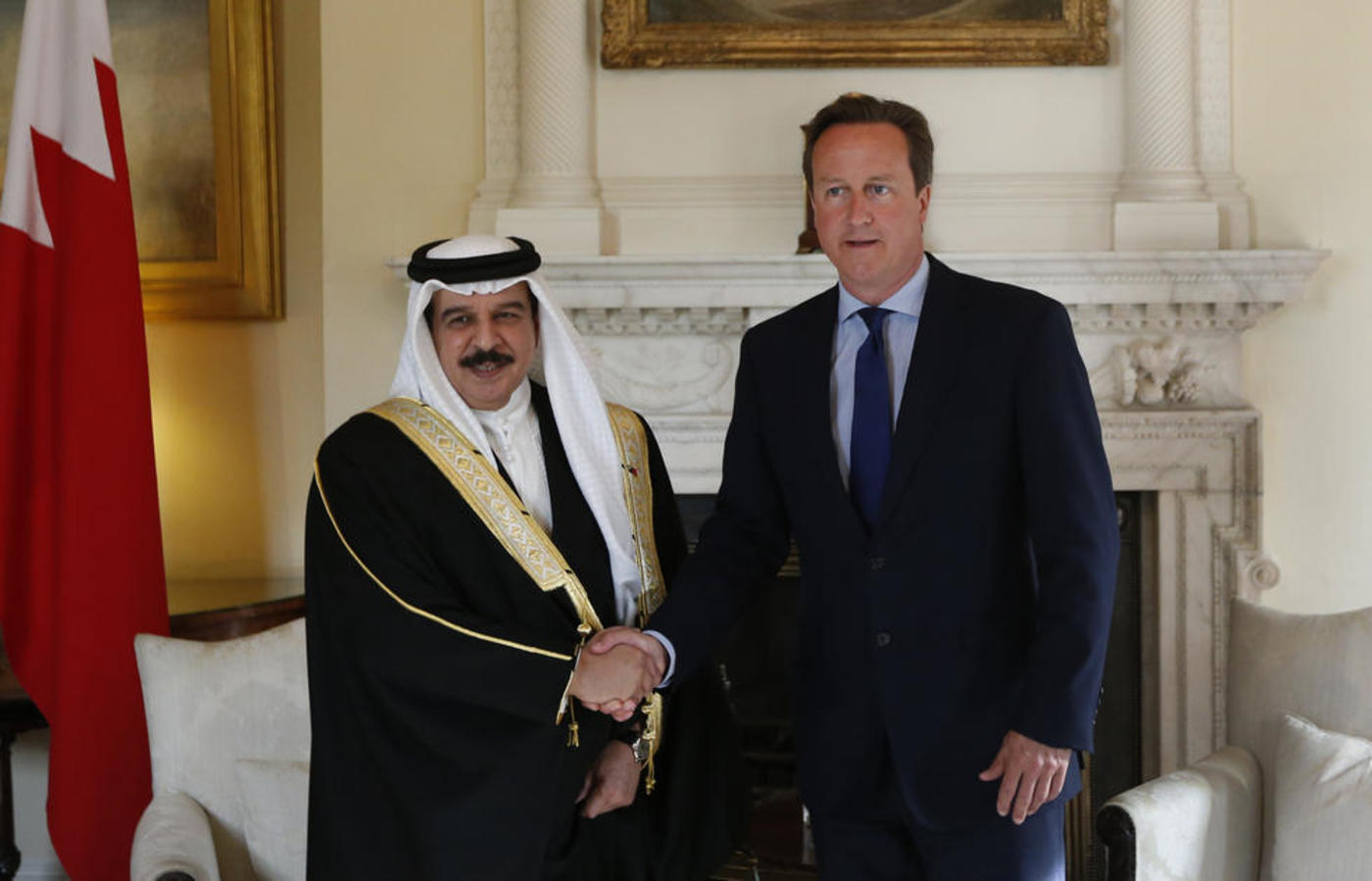 It wasn’t very surprising when King Hamad of Bahrain failed to attend President Obama’s Camp David summit between the US and the Arab monarchies last week. Most of the monarchs were absent, after all, and King Hamad was only part of that trend. What was surprising was that he had snubbed Obama for a weekend with the Queen at the Royal Windsor Horse Show in the UK.

King Hamad arrived in the UK on Thursday for the horse show, which ran from Wednesday 14 to Sunday 17 May and coincided with Obama’s carefully planned summit. He came accompanied by his son, keen equestrian Prince Nasser, who participated in the horse show and last year lost diplomatic immunity in the UK over allegations of torturing pro-democracy protesters in 2011.

King Hamad met with the Queen to discuss bilateral ties between the two kingdoms, which have never been stronger than in the past five years. When hundreds of thousands of protesters flooded the streets of Bahrain calling for an elected Prime Minister, democratic governance and an end to human rights abuses and torture, Britain proved its friendship to Bahrain by propping up King Hamad’s government. Nothing says "legitimacy" for a statesman like a picture with the Queen, or with the Prime Minister outside Downing Street.

HM King of Bahrain called to congratulate PM on 'excellent' win. Both agreed to build on almost 200 years of strong UK-Bahrain relations,

Speaking of the Prime Minister, King Hamad also took time out of spectating at the horse show to call David Cameron and congratulate him on an "excellent" election win. The irony of this coming from a man whose government shot dead pro-democracy activists, and whose government has been led by the same prime minister for over 40 years, could not be more obvious.

But whatever the irony of the situation, King Hamad’s call is a clear indication of just how close the relationship between the Conservatives and the Gulf monarchies grew in the last government, and how much closer we can expect it get in the next five years.

In the past five years, the UK has never once condemned Bahrain’s human rights abuses (compared to the UN, Ireland, Finland, Denmark, Norway, and even the United States, who have called for the unconditional release of political prisoners). Not when Bahrain’s police shot protesters dead in the streets, not when the government stripped 72 individuals of their citizenship, not when peaceful civil rights advocates were imprisoned, not when street protesters are tortured and sentenced to death, not ever. If anything, the UK has actively aided Bahrain is defending its terrible rights record.

Ask the Foreign Office for an opinion on a recent human rights violation in Bahrain and they will always urge "due process" to be followed, or say that victims of judicial harassment have the right to appeal, or that the UK is assisting Bahrain to reform. Never mind that the Bahraini judicial system is functionally unjust, or that UK assistance has brought no tangible benefits to victims of arbitrary arrest and torture (though it’s given Bahrain a good cover with which to hide recent abuses).

This cynical blindness to the Bahraini injustice was on full show during King Hamad’s visit: he arrived in the UK on 14 May, the same day a Bahrain court sent Nabeel Rajab, the country’s leading human rights defender, to prison for six months for an "insulting" tweet he made. He faces up to 10 years on two other charges related to his Twitter account (one for "spreading rumours in wartime" when he called for an end to the bombing campaign in Yemen and another for "insulting" the government for reporting on prison torture). That didn’t stop Cameron from accepting King Hamad’s congratulations with delight.

Does the UK have a red line for human rights abuses? What horrendous crimes does Bahrain have to commit before the UK steps back and says to them, “Hey, that’s going too far”? We know that ruthlessly silencing the government’s critics and imprisoning pro-democracy protesters isn’t that bad a thing to Britain, considering Cameron’s happy acceptance of the King’s congratulations. So what exactly is?

We’re unlikely to get an answer to that any time soon. The grim truth is that the UK has only gotten closer to Bahrain in the past five years, and it is set to become even closer yet – symbolised in the form of a new British naval base set to begin construction in Bahrain later this year. The UK has carefully positioned itself as a "critical ally" of Bahrain since the Arab Spring events in 2011, but it very quickly forgot what that means.

- Sayed Alwadaei is director of advocacy at the UK-based Bahrain Institute for Rights and Democracy (Bird). Bahrain Schism
Formula One back in Bahrain amid heightened rights concerns