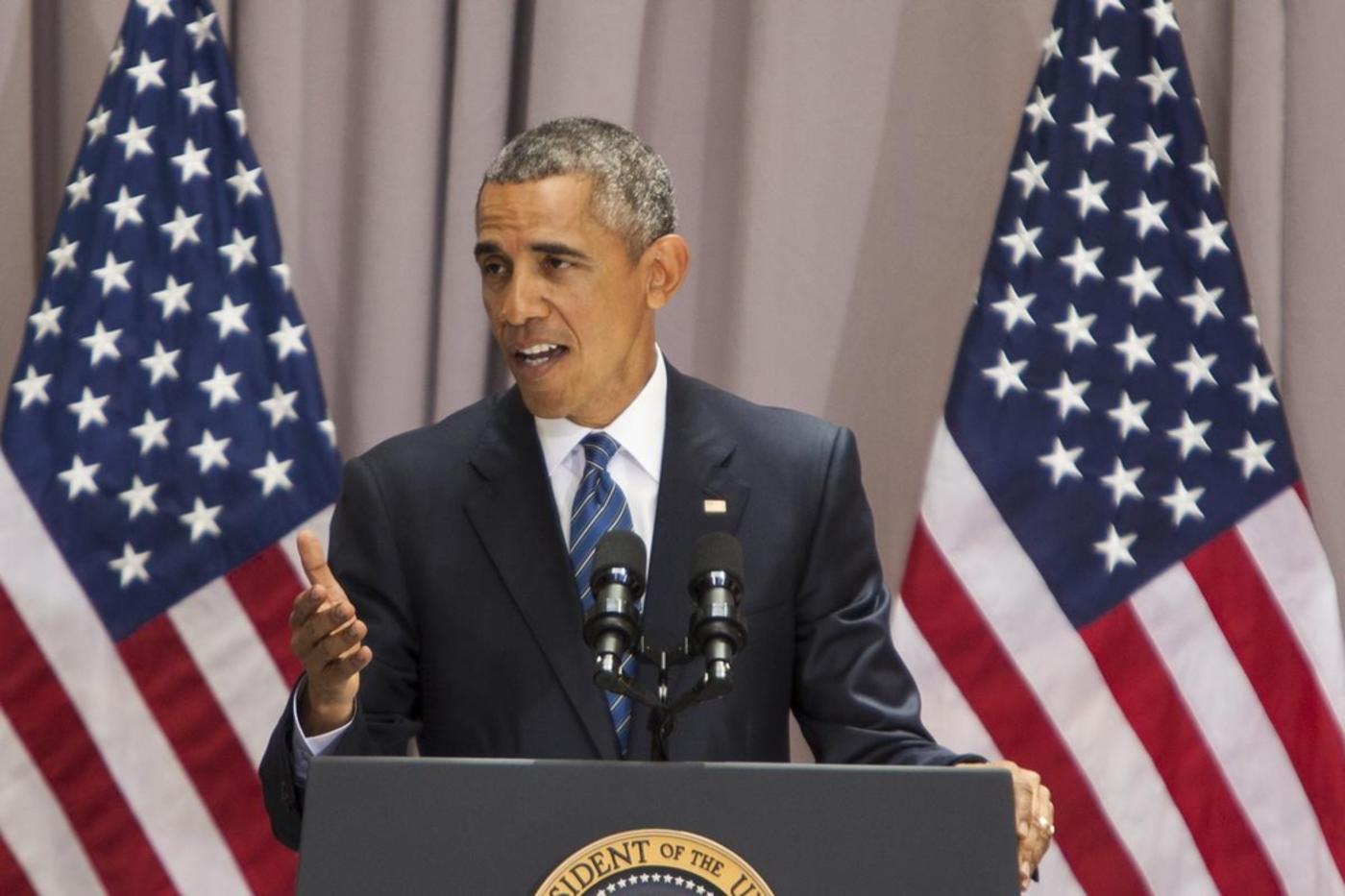 If and when the Iran nuclear agreement gets through Congress, many people in Washington hope that Obama will articulate a more realistic strategy for the Middle East than what we have heard from his administration in the past.

But Obama has evidently decided this is not the time to articulate anything about the region’s future that he does not see as helping to sell the agreement on Capitol Hill. The real question is whether there is a clear idea waiting to be made public when the timing is right.

If there was ever an appropriate moment for Obama to articulate an overarching post-agreement policy vision that integrated the Iran nuclear agreement into a broader strategy for dealing with a Middle East at war, it was his speech at American University on 5 August. The time and place for the speech were chosen in explicit acknowledgement of John F. Kennedy’s speech at that same university 52 years earlier. In his speech, JFK offered a vision of a transformation of US policy toward the Soviet Union and the Cold War from one of confrontation to negotiations. But instead of using that occasion to explain how US diplomacy might play a transformational role in the Middle East, Obama limited the speech to defending the Vienna agreement in the narrowest terms.

Three days later, in an interview with Fareed Zakaria of CNN, Obama did deal with broader regional problems, but his only firm argument was a response to the attacks on the Vienna agreement for allegedly enabling Iran to increase its assistance to regional allies.

He conceded that Iran would be able to continue those activities and even “fund some additional activities” as the nuclear agreement went into operation. But he argued that, if Iran were able to get a nuclear weapon, it would be “emboldened to engage in more of the activities that have been discussed...”.

Thus Obama chose not to point out that Iran’s role in the region since 2013 has not been to support terrorism but to support the primary forces fighting against the Islamic State in Iraq and Syria. Nor did he correct the falsehood that it was Iran rather that has destabilised Yemen rather than Saudi Arabia’s reckless air war and support for sectarian forces there. Instead Obama relied on the argument that the situation of alleged Iranian destabilisation would be worse if the agreement were defeated.

Zakaria invited him to correct the false picture being portrayed by critics of the Vienna agreement, asking whether “overlapping interests” between Iran and the United States on ISIS and Afghanistan “might allow for a more productive and constructive relation between the United States and Iran”.

But Obama was clearly reluctant to acknowledge that any real change was in store regarding future relations with Iran. “I think it is conceivable,” he replied, “but the premise of this deal is not that Iran warms toward the United States or that we are engaging in any kind of strategic reassessment of the relationship.”

Then, as if expressing an afterthought, he added a statement that was so indirect that it is difficult to penetrate:

“Is there the possibility that having begun conversations around this narrow issue that you start getting some broader discussions about Syria, for example, and the ability of all the parties involved to try to arrive at a political transition that keeps the country intact and does not further fuel the growth of ISIL and other terrorist organisations - I think that's possible.

In an interview with National Public Radio two days later, Obama suggested that things could improve if Iran changed its ways:

[I]t is possible that as a consequence of this engagement, that as a consequence of Iran being able to recognise that what's happening in Syria for example is leading to extremism that threatens their own state and not just the United States; that some convergence of interests begins to lead to conversations between, for example, Saudi Arabia and Iran; that Iran starts making different decisions that are less offensive to its neighbours; that it tones down the rhetoric in terms of its virulent opposition to Israel. And, you know, that's something that we should welcome.

Then Obama addressed the rest of the region:

“There is the possibility that if you look at what’s going on the Middle East right now, more and more states begin to recognise that their enemy is chaos and ISIL and disaffected young people, Shia and Sunni, who are attracted to, you know, ideologies that are in opposition to every regime here. And – and that’s something that I think we should be willing to promote if in fact they can get there.”

Both of those interviews were marked by a deliberate avoidance of any explicit admission that the United States might actually want to make any political-diplomatic moves toward cooperation with Iran. As presented by Obama, the most his administration would do is to lecture Iran on what it needed to do to correct its misbehaviour. Possible positive developments were cast in terms of actions that others might take, and subsequent US support for such actions.

Of course, that characterisation of US policy cannot be taken entirely at face value. His answers represent what he and his advisers regard as the most likely to fend off the assault on the Vienna agreement by an unprecedented lobbying campaign run by AIPAC and its allies.

An optimistic reading of his remarks might interpret them as veiled allusions to diplomatic aims that Obama intends to pursue: cooperation with Iran as well as Russia on a Syrian settlement, efforts to bring Iran and Saudi Arabia together and to get them to reach an accommodation. But such an interpretation would exaggerate the readiness of the Obama administration to break with the political consensus in Washington about Iran and the region.

There are obviously some differences between the administration and its pro-Israel and Saudi critics regarding Iran’s regional role. Otherwise Obama would not even acknowledge the possibility of discussions with Iran in the future. But it would be a mistake to ignore the degree to which Obama’s weakness in the face of the lobby’s arguments about the regional dimension of the agreement reflects its acceptance of the basic premises of those arguments – just as it has accepted the lobby’s premise that Iran has been trying obtain nuclear weapons.

Obama and senior administration officials have repeated many times in the past two years the mantra that Iran is a state sponsor of terrorism and that its regional role is destabilising. Key US national security institutions also continue to reinforce that hoary political line on Iran as well. The well-worn habits of mind of senior officials and institutional interest will certainly continue to impose severe limits on the administration’s diplomatic flexibility with regard to both Iran and Saudi Arabia through the end of the Obama administration.

Photo credit: President BarackObama speaks about the nuclear agreement that was reached with Iran at American University in Washington, USA on August 5, 2015. (AA)