Rania al-Malky
The new anti-terrorism bill will do more harm than good to the image of the Egyptian military and Sisi, and will only open up a can of worms 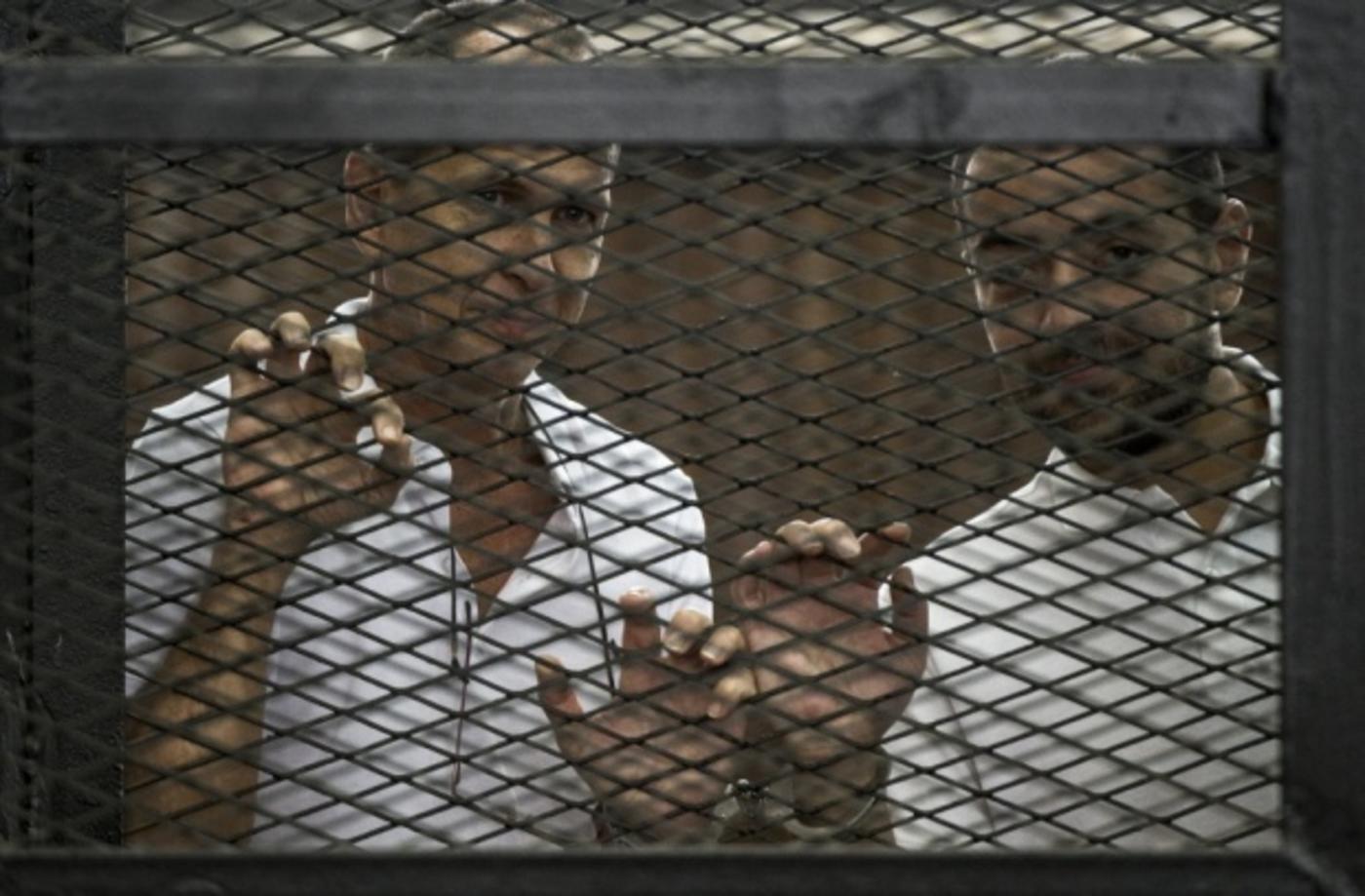 Egypt’s current army-backed president is no stranger to political posturing.

In a tirade directed at a crowd of senior judges at the funeral of assassinated Public Prosecutor Hisham Barakat last week, President Abdel Fattah al-Sisi slammed the slow implementation of justice, directly laying the blame for the incident on the Muslim Brotherhood leaders who have been languishing in jail for two years.

No one, that is, except him.

As far as military dictatorships go, the current Egyptian regime has set the record. Within days an amended draft of the controversial anti-terrorism law that was ratified by Sisi earlier this year, was approved by Cabinet as well as Egypt’s highest judicial authority, the Supreme Judicial Council. It is currently pending approval by another judicial advisory body, the State Council, which is likely to rubber-stamp it before Sisi’s conclusive ratification.

Sisi currently holds legislative powers in the absence of an elected parliament. But while the constitution stipulates that these two judicial bodies must review all new laws, their opinion is merely advisory and not binding, effectively placing Sisi above the law and the constitution.

Under the pretext of providing swift and just deterrence to terrorist activity and aiming to fast track the judicial process to ensure the speedier prosecution - and most likely, execution of terror suspects - the law completely tramples civil rights and freedoms with a particular emphasis on muzzling the media.

Ironically, much of the law’s definition of what constitutes a terrorist act equally applies to the state terrorism inflicted on Egyptians by the police and the army. You have committed a terror crime if you used “force, violence, threats and intimidation … with the intention of disturbing the public order, or endangering society’s interests … or endangering the life, freedom, public and private rights of individuals whose rights are protected by the law and the constitution”.

While the vague suspicion of “intention” to “harm national unity, social peace, national security” and “obstruct” public authorities are deemed terrorist acts, Article 6 shields those charged with implementing the law from criminal investigation for “using force” or “self-defence,” in effect giving them carte blanche to commit heinous human rights abuses.

It is true that the threat of terrorism in North Sinai is tangible and formidable. Over the past week at least 21 soldiers and 100 militants using heavy artillery were killed. No one can underestimate the magnitude of the insurgency Egypt is facing, but this should not be used as a blanket excuse to kill indiscriminately in extrajudicial assassinations, manipulate the law, gag the media and curtail freedom of expression.

Article 26 stipulates prison terms of no less than five years to anyone who “promotes or plans to commit a terrorist crime, directly or indirectly, through speech, in writing or via any other medium”. The rest of the clause uses elastic terms to describe the indirect promotion of terror crimes as promoting “ideas and beliefs that encourage the use of violence”.

This, in today’s Egypt, can mean anything from condemning a government policy or official action, to simply letting off steam on Facebook in these very difficult economic times.

An even more absurd Article 29 decrees prison terms of between one and five years for merely “collecting information” on those responsible for implementing the anti-terrorism law  - police and prosecutors - with the “intention” of intimidating or harming them.

In Egypt today, the judge of another man’s intentions will always be the target of criticism. He will be the policeman, the arbiter and the executioner.

Most controversial however, is Article 33, which stipulates a prison term of no less than two years for publishing news and statistics related to terrorist operations that are not identical to releases and statements from the concerned official sources. And to top it off, Article 37 places a complete publishing and broadcasting ban on covering terrorism court cases and imposes a fine of EGP 10,000 ($1,265) on violators.

In the context of the stark lack of adherence to the very basics of fair and accurate reporting since the 3 July military coup by the predominantly cheerleading, pro-military press and TV channels  - where incitement to violence is routine - the “accuracy” clause is clearly an escalation of a sweeping clampdown on what is left of the independent media to intimidate journalists who refuse to reinforce the army's single-message strategy.

Since he assumed power, Sisi and his regime have systematically silenced the media. Today, this zero tolerance policy to difference, let alone dissent, will now be enshrined into law.

Over the past week four journalists were arrested in Egypt, adding to the 18 who are already imprisoned according to a survey conducted by the Committee to Protect Journalists (CPJ). Arrested journalists are accused of belonging to the banned Muslim Brotherhood that was declared a terrorist organisation.

The CPJ reports that such arrests are “often violent and involve beatings, abuse, and raids of their homes and confiscation of their property”.

This intimidation has left areas like Sinai, the hub of terrorist activity and gross military abuse of civilians, drastically underreported. It has also meant that the only story being told, at least in the mass-consumed mainstream media, is the army’s story. And with the implementation of the current bill, that too will be criminalised for “inaccuracy”.

Even under Nasser’s Draconian one-party, one-voice, one-media regime, when parents were coopted to inform on their own children and any form of dissent - not unlike today - was crushed by the Stasi-like secret police and their notorious “dawn visitors” who routinely raided homes and kidnapped “suspects,” everyone knew what was going on.

Even in the 1967 war with Israel, when the army was crushed in six days just as the local media painted a deceptive picture of valour and victory, at a time when the only alternative was BBC radio, the shameful defeat was quickly exposed.

Today, the skies are open. Satellite channels representing every shade of the political spectrum are there for all to see and the internet provides a free and easily accessible space to publish and share news. When one channel’s transmission is interrupted or a website is blocked, ten others crop up to replace it.

The army’s media blockade of Sinai, where all communication, including cell phone and landline are shut down for days, and military checkpoints deny journalists entry, it has not prevented stories of forced evictions and criminal terrorist activity by both the Islamic State insurgents and the army from seeing the light.

It may become difficult in the short term to guarantee that independent breaking news stories escape the filter of army censorship and preventive scare-tactics, but there will always be that anonymous source that will speak to a savvy investigative reporter and manage to eventually expose the truth of what is happening. With all the advances on Google Earth alone, anyone can simply log on and see a real-time satellite image anywhere, any time, in extraordinary detail.

This ill-begotten anti-terrorism bill will do more harm than good to the image of the Egyptian military and its leader. Yet another presumptuous attempt to infantilise the Egyptian people, it will only open up a can of worms for the regime.

International human rights organisations, press freedom advocates, and the independent international press will not go gentle into that good night. They will continue to name and shame this regime at every opportunity, creating enough dissonance to deal fatal blows to their body of lies. In time, they will lose credibility even with their most militant supporters.

The two-year prison term may be a blessing in disguise. 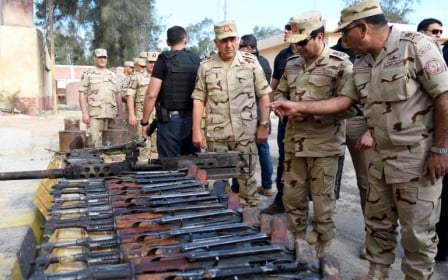