Equal opportunity racism in the UK

Rachel Shabi
Analysts have, for some years, warned that Muslims have become targets in part because to do so is perceived as more 'acceptable' 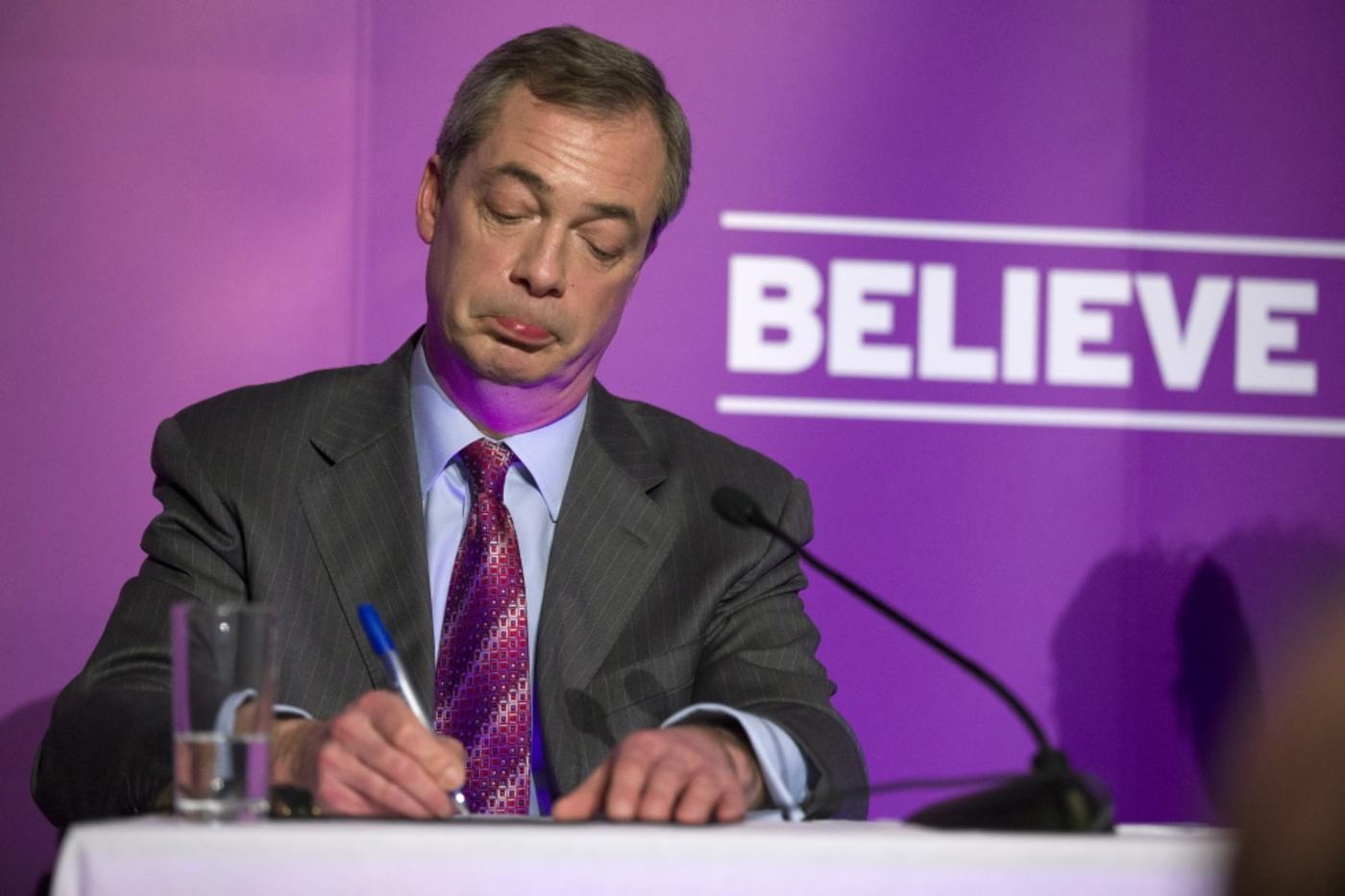 It was just another United Kingdom Independence Party (UKIP) blunder – except it happened to also highlight the equal opportunity racism of the far right. When a Minister of European Parliament (MEP) from UK’s anti-immigration party suggested a ban on non-stun methods of slaughter, earlier in February, the party apparently forgot that this would encompass not just halal but also kosher meat. On being reminded by the Jewish Chronicle, the UK’s largest circulation Jewish newspaper, the UKIP leader, Nigel Farage, assured: “This isn’t aimed at you – it’s aimed elsewhere – it’s aimed at others…. You’ve been caught in the crossfire; collateral damage. You know what I mean.”

It was a blunt reminder of the interchangeable targets – Muslims, Jews, migrants - of the far right these days. Analysts of such groups across Europe have, for some years, warned that Muslims have become a more recent target in part because to do so is perceived as more “acceptable”. In other words, far-right groups, whose history of anti-Semitism has made it tough for them to go mainstream, have adopted an apparently more palatable stance against Muslims.

That said, recent reports in the UK have suggested that, as former chief rabbi Jonathan Sacks observed, anti-Semitism is no light sleeper. Earlier this month, the Community Security Trust (CST), a Jewish security charity, reported that recorded anti-semitic incidents had doubled year on year, and were now at their highest level: 1168 incidents against Britain’s 291,000 Jews in 2014.

Meanwhile, days ago a UK parliamentary report into the same issue suggested that more measures should be taken to combat rampant race hate online.

The CST report observed a spike in anti-Semitic incidents corresponding with Israel’s assault on the Gaza Strip in the summer of 2014, during which over 2000 Palestinians were killed. CST organisers say that their statistics record only incidents of anti-Semitism, discounting many reported incidents that fall into the category of being anti-Israel. But the Gaza-related surge highlights an already known problem: the tendency to conflate “Jewish” with “Israel” – in much the same way that Muslims are held accountable for killings carried out in the name of Islam by violent jihadis.

This tendency is not at all helped when Israeli leaders claim to be speaking on behalf of Jews worldwide. When Israeli Prime Minister, Benjamin Netanyahu announced that his imminent US congress visit was to speak “for the entire Jewish people”, the pro-peace US organisation J-Street put together a handy chart, illustrating the percentage of world Jewry actually located in the Jewish state.

Meanwhile, the sometimes descent of anti-Israel comments into all-too-familiar anti-Semitic tropes is, presumably, one of the reasons that the UK parliamentary report into the issue recommended that the “disturbing rise” in this form of race hate be partly tackled through education – on what anti-Semitism actually is.

But part of the issue is the appearance of a kind of “arms race” or a zero sum game, related to both anti-Semitism and Islamophobia – as though the two cannot simultaneously be awful, and tackled together. And the truth is that groups tackling race hate have, for some time, been trying to approach the issue collaboratively. If that comes as a surprise, that’s pretty much one of the challenges. As David Rich at CST says: “I find it a bit frustrating and dispiriting the amount of surprise we do encounter. Why wouldn’t we work together?”

This British Jewish charity has been working with Tell Mama UK, an organisation set up three years ago to record and measure Islamophobia. Put simply, CST has been at this task far longer – it was set up in 1994 – and so clearly has practical knowledge to share. But it goes beyond that, as Tell Mama’s director, Fiyaz Mughal, explains: “The moral courage that my colleagues and I sometimes feel we need does come from a body out there that stands with us,” he says “Something about that, knowing we are not alone in a cesspit… is really heartening.”

Another example of this increasingly joint struggle is the Jewish volunteer group, Shomrim, which in North London has helped watch over mosques as well as synagogues.

What’s clear, talking with various people engaged in this work, is that nobody is trying to brush political differences under the carpet – indeed, honesty about differing views is essential. The idea, far from being a sort of happy-clappy, we-all-agree approach, is to park world politics outside – the Israeli/Palestinian conflict is a hotly disputed issue, yes, but it should not be one that divides British Muslims and Jews.

And Mughal, at Tell Mama, is very clear as to why such joint efforts are so essential: “The public needs to see a united front,” he says. “Particularly when the far-right see a division and go for it. We cannot give them an inch.”

- Rachel Shabi has written extensively on the Israeli-Palestinian conflict and the Middle East and is the author of the award-winning book, Not the Enemy: Israel's Jews from Arab Lands.
The views expressed in this article belong to the author and do not necessarily reflect the editorial policy of Middle East Eye.
Photo: Britain's UKIP party leader Nigel Farage answers questions from the media at the Movie Starr Cinema in Canvey Island, east of London, on 12 February, 2015, as he makes his first major speech of the 2015 General Election (AFP)