Taha Ozhan
Erdogan will run in Turkey’s first direct presidential elections next month, but will he really unite the state and its people? 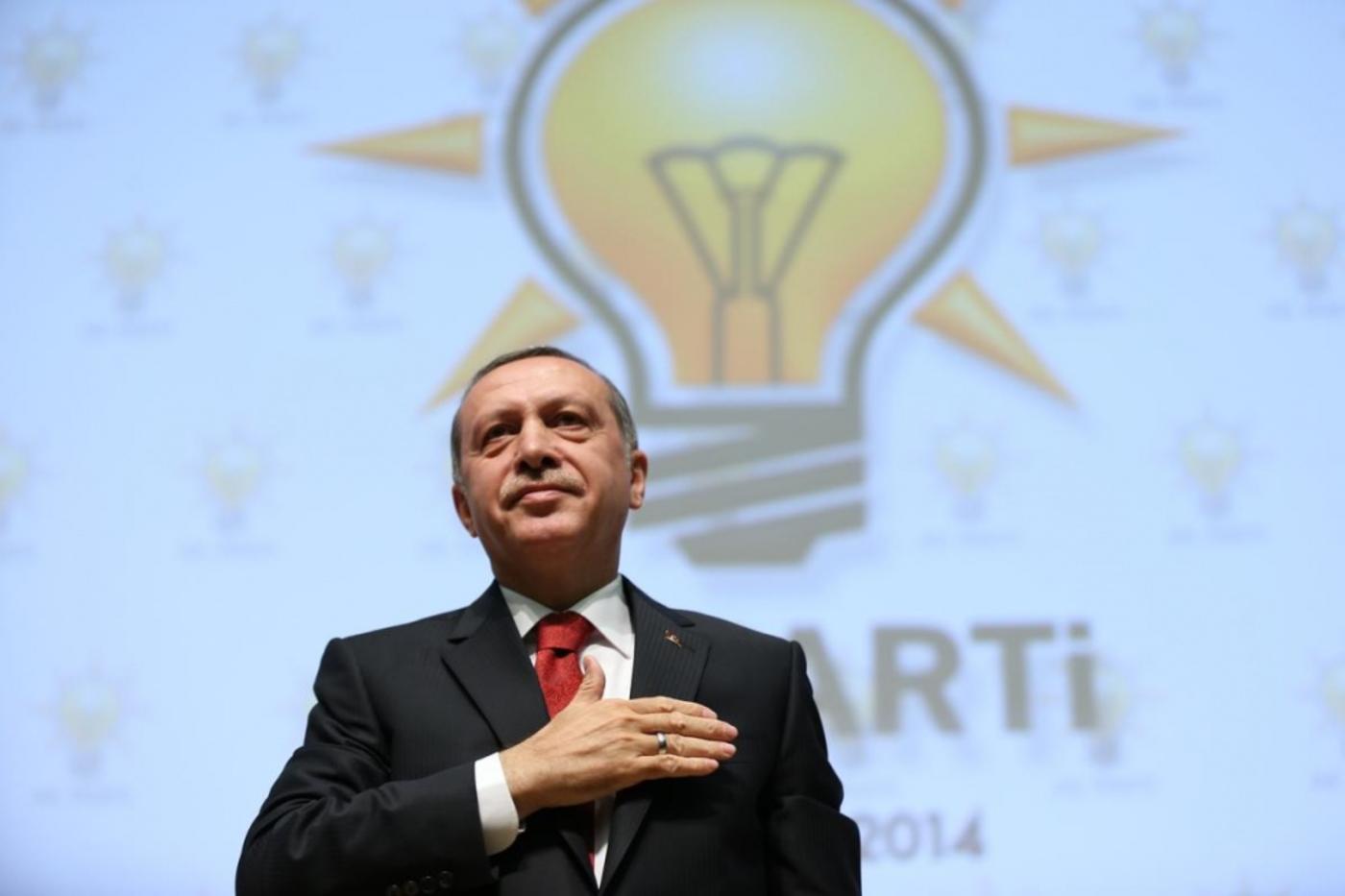 If the presidential elections produce a clear outcome in the first round, as anticipated, Turkey will have a new president on 11 August. The fact that the new president will be the first to be elected directly by popular vote is just as significant as the fact that Erdogan is the favoured candidate. There is a story behind this.

The last presidential elections were supposed to be held in 2007. The secular Kemalist elites exerted a great deal of effort to prevent a member of Erdogan’s party to be named the next president. Had the process took place as it should have, a candidate nominated by the Justice and Development Party (AK Party) would have been elected president by the members of the parliament. The laicist tutelage regime, having declared any such candidate would be unacceptable, simultaneously mobilised the judiciary and the military. On the eve of the elections, the military issued a proclamation that had the effect of a soft coup.

This has become known as the April 27th proclamation. Meanwhile, the judiciary had resorted to charlatanism. All of a sudden, a new rule was produced that 367 votes were required to confirm the president in a parliament with 550 seats. This rule had neither been seen nor heard of until then. Once the constitutional court supported this nonsense rule, it became impossible for the AK Party, which constituted more than half of the parliament but was just short of 367 votes to confirm the nominee.

Despite all these pressures, Erdogan managed to put his signature on a first in Turkish political history. In having responded to the military’s proclamation of 27 April, Erdogan became the first elected official to stand up to the military. This caused quite a shock in the tutelage regime, which had not anticipated a civil government to stand up to it. Until then, the civil governments had taken a step back every time the tutelage regime issued a warning. The military-judiciary tutelage regime had already conducted four coups, one of which was against Erdogan’s party in 1997. Erdogan’s resistance was unexpected. He not only resisted, but he moved fast to hold a referendum that would reform the presidential electoral laws. With the referendum, the country decided that, in August 2014, the president would be elected by direct popular vote for the first time in Turkey’s political history.

End of the tutelage regime

Now that presidential elections were to be decided by popular vote, the last fort of the tutelage regime that held the secular republic in a stronghold since its foundation had fallen. In other words, all public offices that are critical in the governance of the country are going to be elected by the public.

After the 1960 coup d’etat, the office of the president had been designed as a mechanism for the tutelage regime to reign in the elected civil governments. All critical decisions of governance at high-level bureaucratic positions required the president’s signature. From cabinet members to the members of the judiciary, from university presidents to high-level bureaucrats, all were impacted by a president who had not been elected by the people.

Since the responsibilities of the president were not defined by the constitution, it was difficult to initiate a discussion. A president elected by the people will put an end to the debate of the legitimacy of the president’s office for once and for all. It will be impossible for a president who is eligible to be elected for a second five-year term to ignore the people’s demands. A president will have to appeal to at least half of the country in order to be elected, to begin with. This system not only signals the end of the tutelage regime, but also makes it impossible for a Kemalist to be elected president.

Precisely for this reason, the Kemalist main opposition party, the Republican People’s Party (CHP), for the first time in history, could not nominate a Kemalist for presidency. Ironically, the CHP, in its efforts to prevent the AK Party to nominate a president in 2007, inadvertently paved the way for the presidential electoral system to be reformed. At the end, it could not nominate one of its own for presidency. Having failed to nominate a Kemalist candidate, it was forced to collaborate with the Nationalist Movement Party (MHP). Who did the CHP and MHP agree as the candidate to endorse? Ekmeleddin Ihsanoglu - whom Erdogan had appointed as the head of the Organisation of Islamic Cooperation (OIC).

Ihsanoglu cannot be considered a name affiliated with the CHP tradition, but neither is he an Islamist. On the contrary, his stance on the coup in Egypt was the reason behind the decline of his relationship with Erdogan. When Ihsanoglu followed the American strategy of failing to name the coup as such, he was criticised heavily by the administration. The motive behind the main opposition parties’ endorsement of Ihsanoğlu (who is affiliated neither with the CHP nor the MHP) as a candidate is their strategy to escape the elections. To a great extent, this was their solution to avoid a ninth defeat against Erdogan. Clearly, this does not absolve the opposition from any responsibility. In fact, when the agreed upon candidate loses, both the CHP and the MHP will have lost. Any expectation to the contrary would be undermining the people’s foresight.

The other opposition party, the New People’s Democratic Party (HDP), nominated Selahattin Demirtaş, who is a Kurdish nationalist and the chairman of the Peace and Democracy Party (BDP). Demirtas is quite a young candidate. He appeals only to constituents in the eastern and south-eastern regions of Turkey - regions with a high concentration of Kurdish population. Nevertheless, Erdogan’s party still seems to be the most popular party in these regions.  This is especially since the peace process began in 2013 and Erdogan came to be considered the first leader who made serious progress towards resolving the Kurdish issue.

Consequently, Kurdish citizens who would normally vote for Demirtas will vote for Erdogan in the elections. In fact, it is highly likely that Kurds, who claim to have achieved more rights under Erdogan than they had achieved in 80 years of the republic, will continue to vote for the AK Party.

Erdogan for the presidency

The AK Party nominee is Erdogan. Erdogan, who had surprised his political rivals in 2007 when he chose not to run for presidency even when he could have been easily confirmed by the parliament, will campaign to be elected president by the people. Running against him are the two candidates of the opposition parties - Ihsanoğlu and Demirtaş.

For Erdogan, running against weak candidates does not change the campaign strategy. On the contrary, Erdogan, who is a wizard of politics, will probably concentrate on getting elected in the first round. In fact, all agree that the other two candidates do not stand a chance against Erdogan. What makes the race exciting is the question of who will become the prime minister. There is also the question of what kind of president Erdogan, who has to be elected by more votes then his party currently solicits, will be. When Erdogan declared that he was going to be “a president that sweats” he meant that he would not be a merely symbolic head of the state. This year Turkey’s summer promises to be long and hot, spent on the debates of presidential elections and the new prime minister.

- Taha Ozhan is the president of SETA Foundation at Ankara. He is an academic, writer and columnist for Star Daily and Daily Sabah. He appears on weekly political debate show on national TV. He frequently comments and writes for international media. His latest book, Normalization Pains (2014), was about Kurdish issue.