Soumaya Ghannoushi
While Erdogan is vilified and chastised, the red carpet is rolled out for Sisi 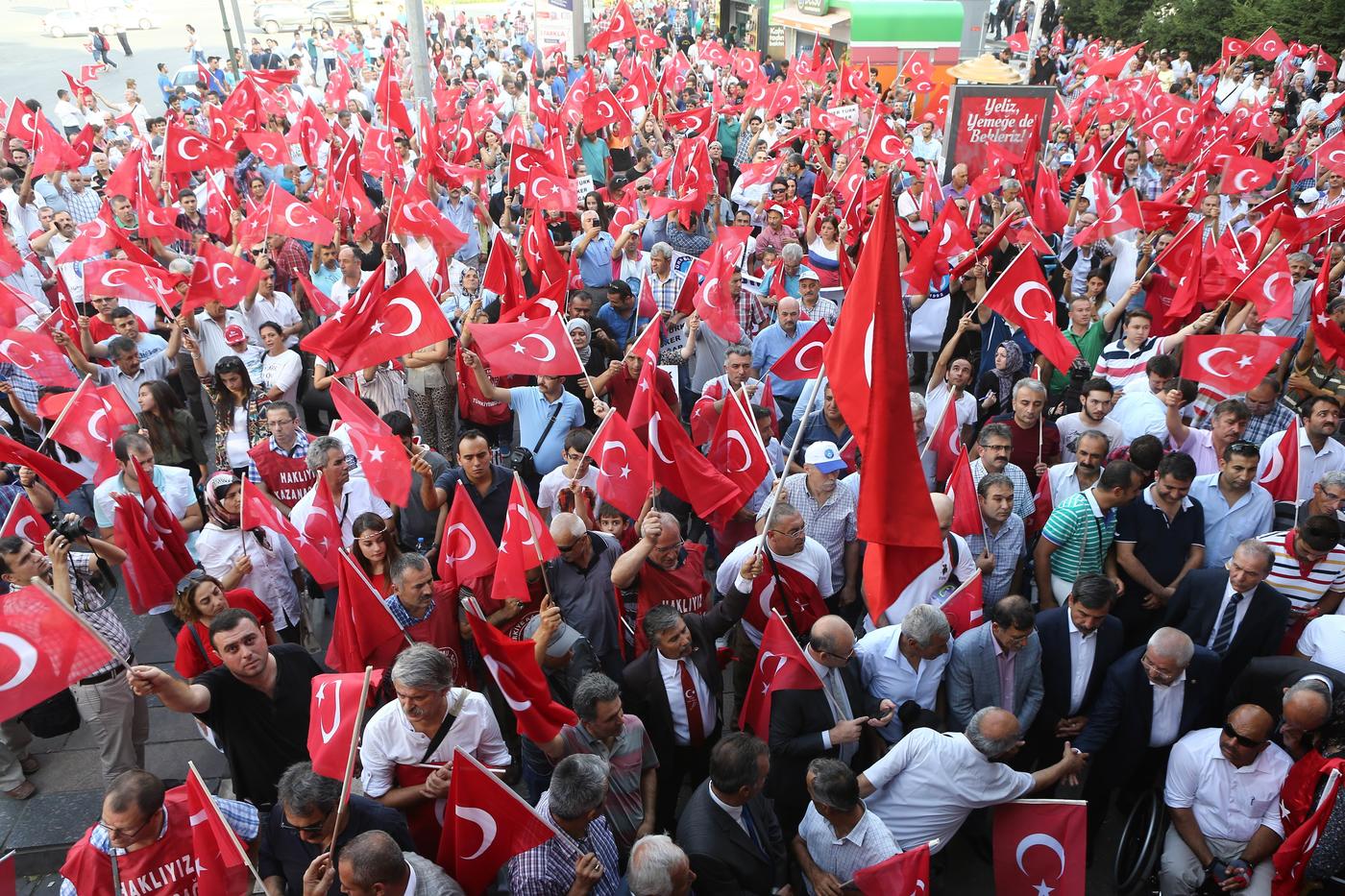 A funereal atmosphere descended over Western capitals with the announcement of Turkey's parliamentary elections' results, widely described in European and American media as a "shock" and a "black day for Turkey". The picture painted appeared very bleak, as a stream of reports, editorials and op-eds by opposition figures warned of a "return to autocracy and despotism" and declared the outcome as a threat to the "survival of democracy" in the country.

Absent in such doom and gloom analyses was the fact that Erdogan had accepted last June's elections' results, which had depleted his party's parliament representation, and had sought to form a national unity government. As such proposals were firmly rejected by the opposition, he proceeded to call for early elections in conformity with the Turkish constitution.

Neither do those heaping wrath and scorn on the new "Ottoman Sultan" note that the Turkish president is surrounded by a ring of half and fully fledged despots from every side, in Jordan and the Gulf kingdoms, as in Iraq and Syria.

Meanwhile, a little further away in the same neighbourhood, reigns a military general, who, only two years ago, had seized power through a blood-soaked coup after kidnapping the country's democratically elected president and throwing him in jail. His tanks crushed the will of the people along with the skulls and bodies of hundreds of peaceful protesters, young and old, male and female, in one of the worst atrocities in contemporary history.

Yet this very same ruler, who presides over one of the most backward tyrannical regimes on the planet, is greeted with open arms in Western capitals, in Paris as in Berlin. Today, he is being hosted by David Cameron in 10 Downing Street.

The message sent to the people of the region is loud and clear: either a made to fit democracy tailored to our needs and likes, or a dictator, odious though he may be. We will block our noses and shake the vulgar thug's hand. We will call on our band of hired apologists: "experts," "commentators" and "analysts" to concoct a set of justifications and excuses for his nauseating conduct, from mythical economic development and reform to political shrewdness, and if all else fails, reach for the Kissinger-Albright dictionary and throw in some "political realism".

Ironically, while over 85 percent of eligible voters had participated in the Turkish elections, roughly the same percentage of Egyptians had chosen to collectively abstain from taking part in the recent shambolic Egyptian parliamentary polls. Thus they had denied the Field Marshal and his backers in Washington and London the fig leaf much needed to cover his dictatorial rule.

While Erdogan is vilified and chastised, the red carpet is rolled out for Sisi. Yet one had placed his country on the route to democracy after five military coups and decades of absolutist army rule, while the other had put a brutal stop to his nation's nascent democratic experiment.

Implicit in coverage of the Turkish elections is the assumption that those who had voted for the AK Party are impulsive irrational mobs easily duped by Erdogan's "fear mongering" and "nationalist propaganda". He has, we were repeatedly told, stirred their phobia of economic instability and insecurity.

It is as though Turks had no right to fear for their economic interests or their security, with crises raging on their frontiers immediate and indirect, in Syria, Iraq, Yemen or Libya, while they host over two million Syrian refugees in their midst, with Europe and the US unwilling to accept even a quarter of that number.

The millions who have taken part in the polls have made conscious informed choices, casting their vote for those whom they believe best represent their interests and respond to their legitimate fears (as voters do in every democracy around the world).

Here, as in much reporting and commentary on the Middle East, most Western reporters and analysts prove unable to go beyond the boundaries of dominant narratives, or cross over ideological and cultural obstacles to grasp the reality on the ground and make sense of the actions of ordinary men and women or their motivations. They are displaying symptoms of what may be described as euro-centrism, egocentrism, or Orientalism.

The external observer of colonial times, the missionary, traveller, or colonial functionary, has taken new contemporary forms: the expert, commentator, or correspondent dispatched from the old metropolis to the empire's peripheries. But the structure of the discourse and its content remain largely unchanged and their coded messages are constantly reproduced in new forms.

Very few in the region still take the West's democracy rhetoric seriously. After invading and demolishing Iraq armed with promises of democratisation and emancipation, it installed a succession of sectarian despots. Instead of the sweet smell of freedom, Baghdad wreaked of the stench of death and the smoke of civil war and terrorism. And no longer does Obama sing the praises of the sublime January Revolution, or fervently wish he were a rebel on Tahrir Square.

The revolutionaries are rotting away in medieval dungeons while their jailor is entertained around Western capitals. And instead of pointing the finger to the real tyrants up and down the Middle East and holding them to account, it is the region's only democratically elected president (with the exception of Tunisia in North Africa) who is singled out for criticism and demonisation.

So, a small word of advice to Western politicians and army of commentators and "experts": trust me, when it comes to democracy in the region, silence is best.

Photo: Implicit in coverage of the Turkish elections is the assumption that those who had voted for the AK Party are impulsive irrational mobs (AFP)