Extremists have not only hijacked Islam and its symbols, but also American sensibility

Faisal Kutty
The hate is partly fuelled by an irrational and exaggerated fear of an assumed, but nonexistent, monolithic Islam represented only by its most fanatical fringe 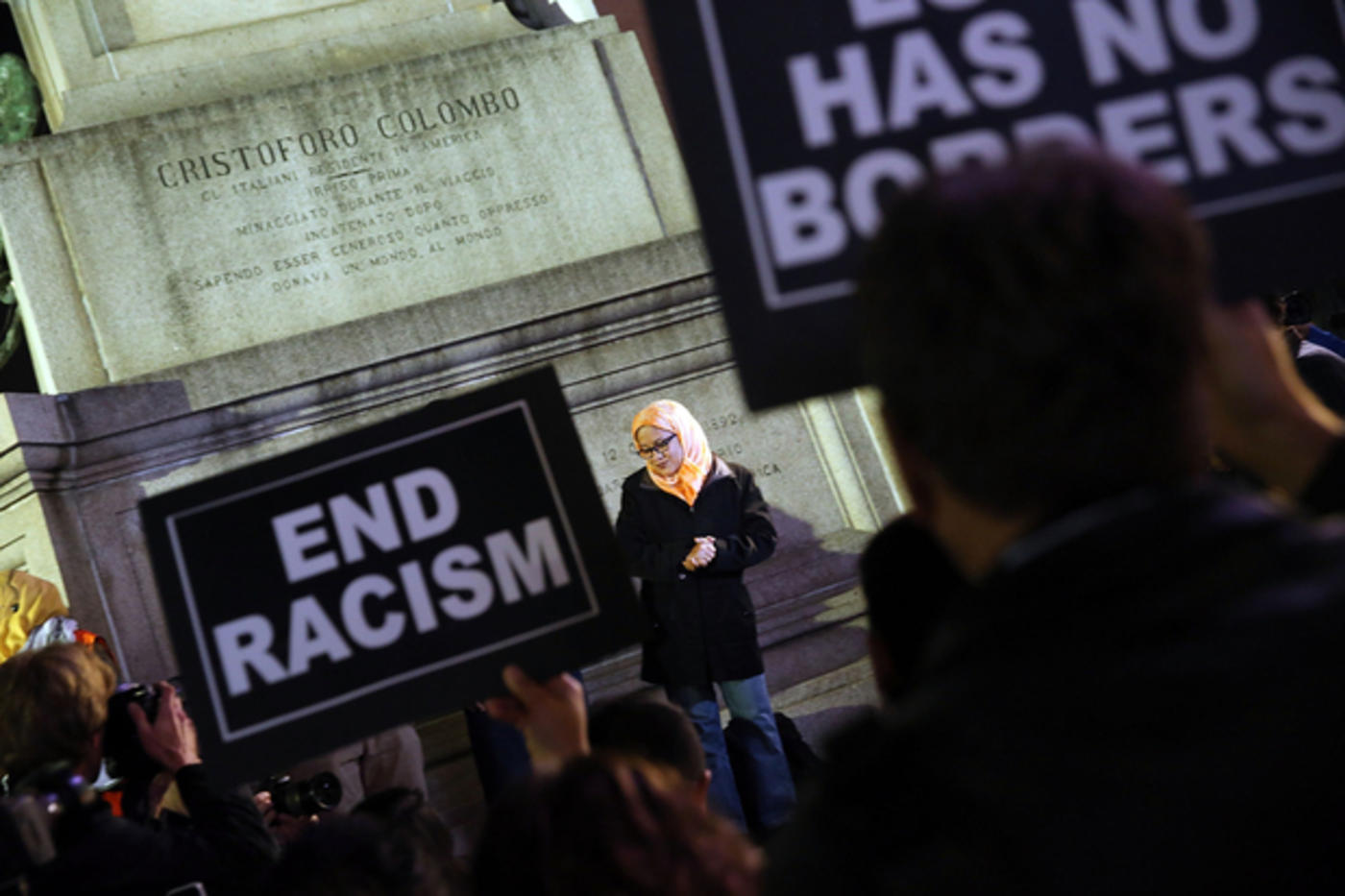 Six-year-old Mohammad says "Allah" and "boom". The substitute teacher calls the police who question the child and then launch a terrorism investigation against the family. Child protection services also intervene for good measure.

This sounds like a sick joke on Saturday Night Live. Except it is not. This is exactly what happened in the Texan city of Pearland, about 20 miles south of Houston, last November.

Now anti-Islam attitudes are being normalised

The parents of Mohammad Suleiman told Fox 26 that he could not have uttered these words because "he doesn't speak at all" and has "the mental capacity of a one-year-old". He was born with Down's Syndrome.

The rash phone call turned the family's life upside down. We will never understand the full impact of the trauma on the child or family. Suleiman's father said: "They claim that he's a terrorist. This is so stupid, this is discrimination. It's not implied discrimination, it's 100 percent discrimination."

Either the teacher was a bigot and acted on his bias or he was genuinely afraid and freaked out. Both scenarios don't bode well.

Islamophobia and the fear of Islamic symbols and phrases has now become as American as apple pie. It is so insidious that the best defence Suleiman's father could come up with was that his son does not even speak.

What if he did say those words? Would a six-year-old with a mental disability saying "Allah" and "boom" be enough to call the police? Taking it seriously and thoroughly vetting it would be understandable (and necessary), but escalating it to a full police response and investigation reveals how entrenched fear of Islam and Muslims is in American culture. It may be latent, but it's there for sure.

Years ago, when a woman said she did not trust Obama because he was a Muslim, senator John McCain was praised when he responded, "No, ma'am, he's a decent family man…” When the correct answer, as General Colin Powell pointed out, should have been, so what if he was? That was well before there was a US president re-tweeting hate videos about Muslims.

Now anti-Islam attitudes are being normalised.

Unfortunately, some of those opposed to Muslim extremists are driven by ignorance or in some cases even prejudice and bigotry which extends to all Muslims

Yes, "Allahu Akbar" is what New York terrorist Sayfullo Saipov reportedly uttered after ploughing down innocents on the streets of New York a couple of months ago. Many other killers have done the same.

Just because these vile killers appropriate our religious terms and symbols does not make them theirs. These are also the first words a Muslim child hears when the call to prayer is read in a newborn's ears.

The first words I uttered into my newborn's ears a few months ago at a hospital in rural Indiana were "Allahu Akbar". A practising Muslim will say "Allahu Akbar" or variations such as "Subhana Allah" (praise be to God), "Mash'allah" (as God willed), "Inshallah" (if God wills it) hundreds of time per day.

Muslims are instructed to commence everything they do with "Bismillahi Rahmani Raheem" (In the name of God the most merciful, the most compassionate). These beautiful expressions praising the lord of mercy and compassion are repeated even by non-observant Muslims. In fact, even Arab Christians use the same expressions.

Yet today, like the words jihad, sharia and even Islam itself, these words with a sinister connotation have all been hijacked by extremists and by those purportedly fighting Muslim extremism.

When we let fear dictate our response and ignorance cloud our judgment, then the world will become a dangerous place for all of us

Unfortunately, some of those opposed to Muslim extremists are driven by ignorance or in some cases even prejudice and bigotry which extends to all Muslims. The hate is partly fuelled by an irrational and exaggerated fear of an assumed, but nonexistent, monolithic Islam represented only by its most fanatical fringe.

It is exaggerated because it takes the regressive interpretations of the few who employ these religious terms to justify their hateful campaigns and anti-modern ideas and project them onto all Muslims. In the process they ignore the diversity of opinion which characterises Muslims.

It is irrational because it ignores the peaceful interpretations and applications of these terms and practices adopted by the clear majority of Muslims, while authenticating only the extremist views. All 1.6 billion Muslims - except "moderates" - are painted with the extremist brush.

It is not only Muslim fanatics and Islamophobes who have abused these words in advancing their geopolitical and hate objectives. Sadly, even well-meaning liberal and left-leaning outfits and individuals have – sometimes inadvertently - validated the usurpation of Islamic terms by fanatics.

"Allahu Akbar!" blares the alarm clock in Family Guy before blowing up the Griffin home. Funny maybe, but dangerous when most viewers have no exposure to 99.9 percent of the Muslims who use this expression for worship and not to cause harm.

Liberal darlings Ayaan Hirsi Ali and Asra Nomani have both been provided with newsprint and platforms by opinion shapers including the New York Times and the Washington Post to criminalise or create suspicion around Arabic terms and aspects of Muslim culture.

Hirsi Ali has repeatedly focused on "Allahu Akbar" as a terrorist battle cry and she has even falsely claimed that jihad is primarily one of the sword. Of course, Muslims who say that jihad is more about an inner struggle are lying.

She has even outrageously suggested that First Amendment rights of Muslims in the United States be revoked. Meanwhile, not to be outdone, in the aftermath of the Boston marathon bombing, Nomani argued in the Washington Post that "Inshallah", or "God willing" in Arabic, is a potential "red flag".

Such words don't fall on deaf ears and have real consequences. It should be no surprise then when someone is removed from a flight for uttering "Inshallah" or is treated with suspicion when they mutter Arabic phrases in any context.

When we let fear dictate our response and ignorance cloud our judgment, then the world will become a dangerous place for all of us.

It is well past the time for non-Muslim Americans to engage with their Muslim compatriots. Then next time these phrases are heard, maybe you will think of the 99.9 percent who use them to worship the God of mercy and compassion, not to kill or maim.