The Fear of Political Islam: Why Arabs Betrayed Gaza

Ramzy Baroud
Hamas's victory in 2006 elections revived the possibility of political Islam in achieving its goals, but a victory for Palestinian resistance is dangerous for those wanting the status quo to remain 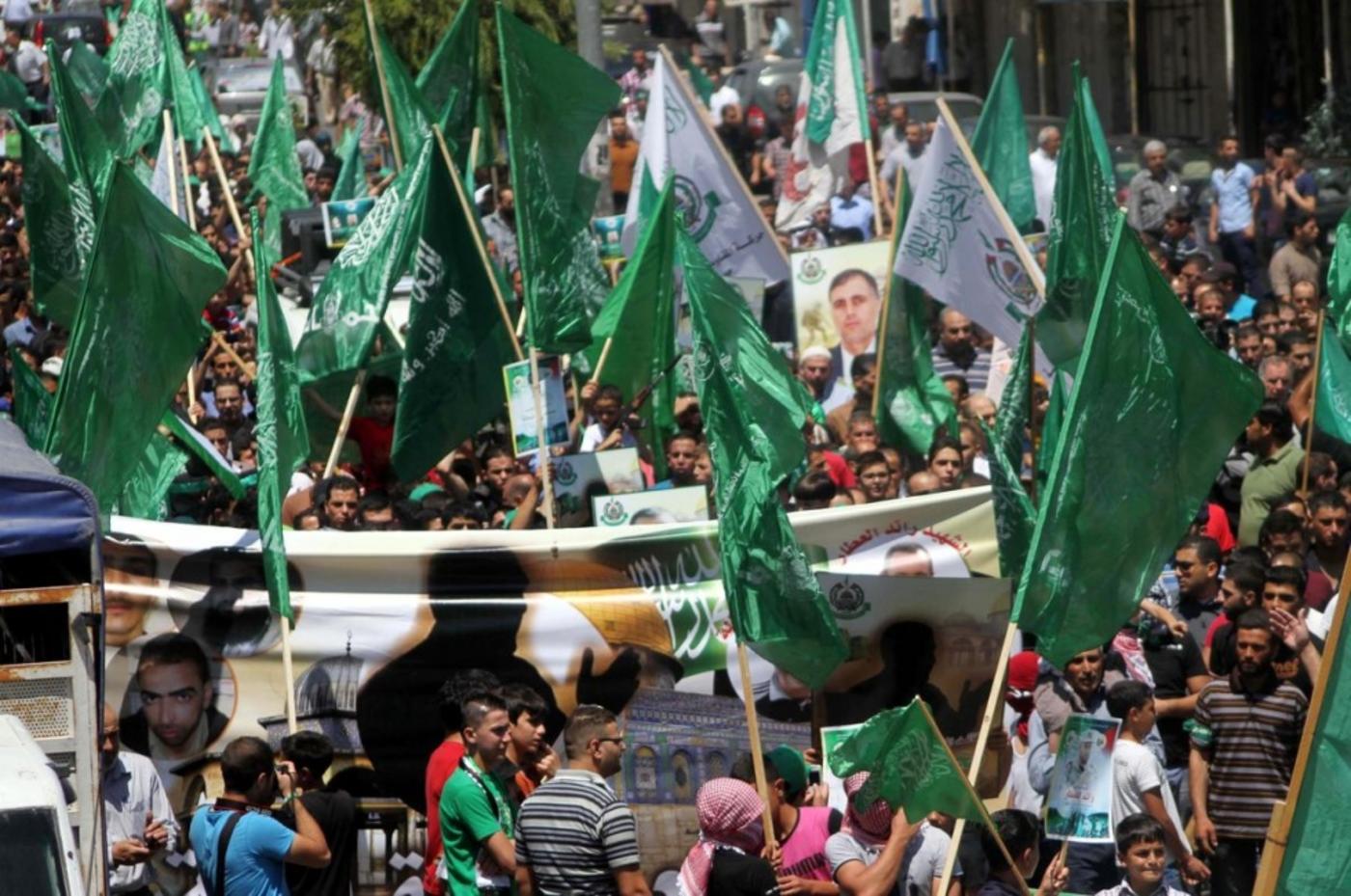 Ask any Arab ruler, and they will tell you of the great sacrifices their countries have made for Palestine and the Palestinians. However, both history and present reality are testaments, not only to Arab failure to live up to the role expected of them and stand in solidarity with their own oppressed brethren, but also to the official Arab betrayal of the Palestinian cause. The current war on Gaza, and the dubious role played by Egypt in the ceasefire talks between Hamas and Israel are cases in point.

Read these comments by Aaron David Miller, a scholar at the Wilson Centre in Washington to appreciate the depth of the unmistakable Arab betrayal. “I have never seen a situation like it, where you have so many Arab states acquiescing in the death and destruction in Gaza and the pummeling of Hamas,” Miller told the New York Times. “The silence is deafening.”

Miller explains Arab silence in relations to their loathing of political Islam which rose to prominence following the so-called Arab Spring. Such rise saw the advent of movements like the Muslim Brotherhood in Egypt and al-Nahda in Tunisia to the centres of power. The ‘Arab Spring’ challenged and, at least temporarily, disabled the hegemony over power by corruption-ridden, pro-western Arab elites, unleashing the energies of civil societies that have been historically marginalised.

Political Islam, especially that which is affiliated with moderate Islamic ideology known as al-Wasatiyyah (roughly translated as ‘moderation’) swept-up the votes in several democratic elections. Like Hamas’s victory in the Palestinian elections in 2006, other such Islamic movements followed suit the moment the ‘Arab Spring’ pushed open a small margin for democracy and freedom of expression.

The danger of political Islamic movements that don’t adhere to an extremist ideology like that of the Islamic State (IS) and al-Qaeda, for example, is that they are not easy to dismiss as ‘extremists,’ ‘terrorists’, and such. At times, in fact, often, they seem much more inclined to play the democratic game than self-proclaimed Arab "secularist", "liberal" and "socialist" movements.

Israel’s most recent war on Gaza, starting on 7 July, came at a time that political Islam was being routed out in Egypt and criminalised in other Arab countries. It was the first major Israeli military attack on Gaza since the ousting of democratically-elected Muslim Brotherhood President Mohammed Morsi on 3 July, 2013. Although the Israeli war morphed in the course of a few days to that of a genocide (thousands killed, thousands wounded, and nearly fourth of the Gazan population made homeless), most Arab countries remained mostly silent. They mouthed-off some random condemnations that meant so very little. Egypt, however, went even further.

Soon after the Israeli war "Operation Protective Edge" began, Egypt proposed a most suspicious ceasefire, one that even the Times found peculiar. “The government in Cairo .. surprised Hamas by publicly proposing a ceasefire agreement that met most of Israel’s demands and none from the Palestinian group (Hamas),” wrote David Kirkpatrick on 30 July. Hamas, the main Palestinian party in the conflict, which is also declared by Egypt’s government as "terrorist," was not consulted and only learned about the proposal through the media. But, of course, Israel’s Benjamin Netanyahu welcomed the Egyptian proposal; Palestinian Authority President Mahmoud Abbas, a main rival of Hamas, and a strong opponent of armed resistance (and arguably, any form of Palestinian resistance, really) welcomed the "brotherly" Egyptian gesture; other Arab rulers rushed to commend Egypt’s Abdul Fatah al-Sisi for his astute regional leadership.

Of course, the whole exercise was a farce, meant to eventually blame Hamas and the resistance in Gaza for refusing an end to the conflict (which they didn’t start and were its ultimate victim), and to prop up Sisi as the new icon of peace and moderation in the region; the kind of "strong man" with whom the United States government liked to do business.

It all failed, of course, for one single reason, the Gaza resistance held its ground, costing Israel serious military losses, and igniting worldwide sympathy and respect.

But no respect came from traditional Arab governments, of course, including those who praise the legendary "sumoud" - steadfastness - of the Palestinian people at every opportunity, speech and sermon. The renewed success of Hamas, which arguably had been fading away into oblivion after the overthrow of Egypt’s brotherhood, and the severing of ties with Damascus and Tehran, was puzzling, and immensely frustrating to these governments.

If Hamas survives the Gaza battle, the resistance will promote its endurance before the Middle East’s supposedly strongest army as a victory. Netanyahu will suffer dire consequences at home. Ties between Hamas and Iran could be renewed. The "resistance camp" could once more rekindle. The moral victory for the Brotherhood and the moral defeat of Sisi (and his prospected regional role) would be astounding.

An alliance of sorts was founded between several Arab countries and Israel to ensure the demise of the resistance in Gaza - not just the resistance as an idea, and its practical expressions, but also its political manifestations as well, which are felt far and beyond the confines of Gaza’s besieged borders.

Former Israel lobbyist and current vice president of the Brookings Institution in Washington, Martin Indyk has an explanation. “There’s an ‘alignment of interests’ between nations that aren’t allies, yet have ‘common adversaries’,” Indyk told Bloomberg. “As they see that the US is less engaged than it was before, it’s natural that they look to each other - quietly, under the table in most respects - to find a way to help each other.”

Naturally, the latest round of ceasefire talks in Cairo failed because the party that is hosting the talks deems the leading Palestinian resistance group Hamas, "terrorist" and would hate to see a scenario in which Gaza prevails over Israel. If the resistance demand of ending the siege is met, especially the demand of reactivating the Gaza seaport and airport, Egypt would be denied a major leverage against Hamas, the resistance, and the Palestinian people altogether.

And if the resistance wins - as in holding the Israeli military at bay, and achieving some of its demands - the political discourse of the Middle East is likely to change altogether, where the weak will, once again, dare challenge the strong by demanding reforms, democracy, and threatening resistance as a realistic way to achieve such objectives.

Interestingly, the Hamas victory in the Palestinian Legislative Elections in 2006 had revived the possibility of political Islam in achieving its goals via the ballot box, which was a harbinger of the rise of political Islam throughout the region following the ‘Arab Spring.’ Any victory for Palestinian resistance can also be considered equally as dangerous for those who want to maintain the status quo throughout the region.

Some Arab rulers continue to declare their strong support of Palestine and its cause. "Operation Protective Edge," however, has exposed beyond a doubt that such solidarity is just a mere show of words; and that, although discretely, some Arabs wish to see Israel crush any semblance of Palestinian resistance, in Gaza and anywhere else.