Fighting IS is one way to unite Libya’s warring factions 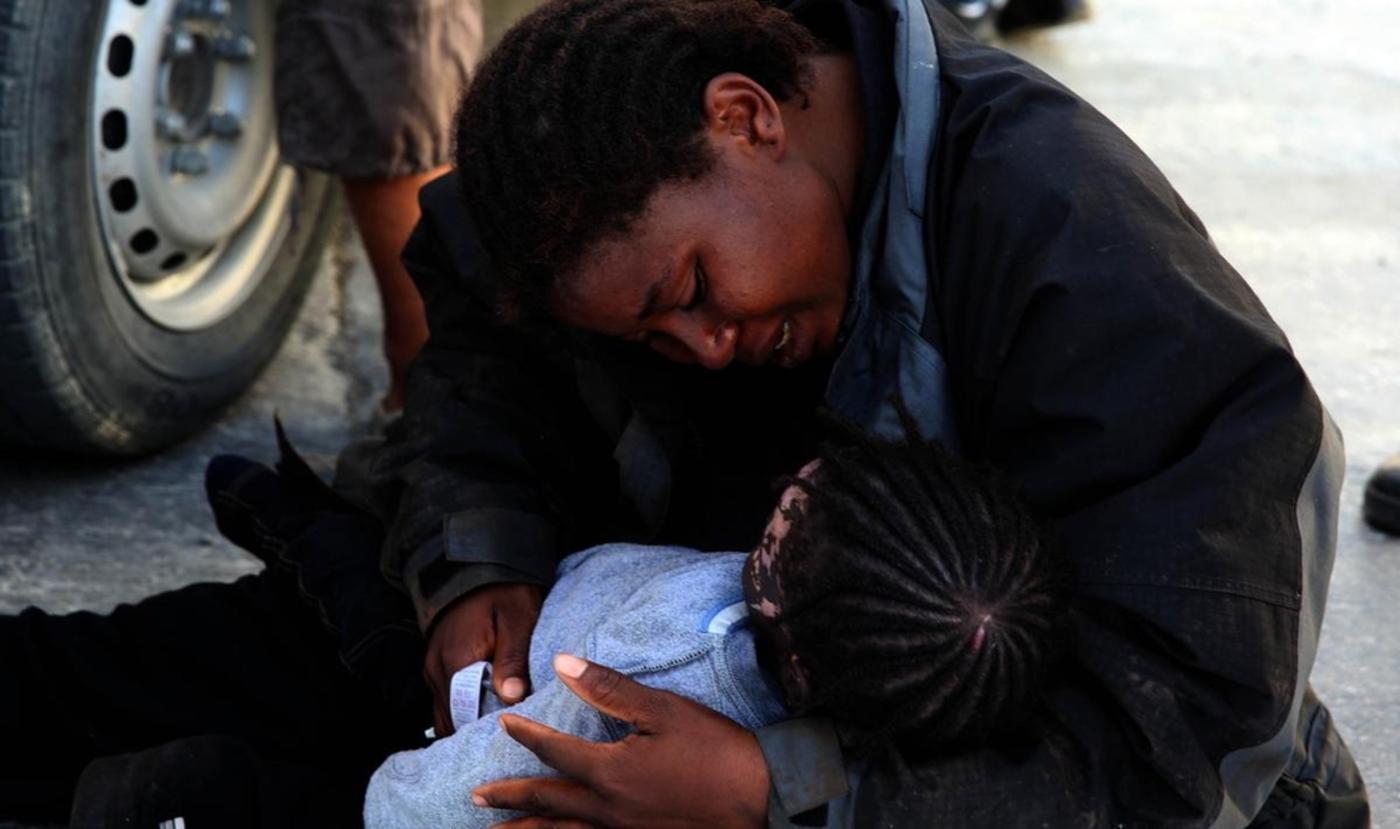 As the 20 September deadline for the UN-mediated talks aimed at creating a political accord in Libya has just passed, hopes for reaching any signed agreement - let alone an enforceable settlement leading to stability - are dwindling.

Of the negotiating sides, both the internationally recognised House of Representatives (HoR) and its challenger, the Tripoli-based General National Congress (GNC), are cleaved into various pro- and anti-negotiation factions, while the myriad military groups absent from the talks are mostly keen to act as spoilers.

On Saturday, General Haftar launched a controversial offensive seeking to foreclose any opportunity for compromise. Singing from the same hymn sheet, the Islamic State (IS) organised a suicide attack on Tripoli's Mitiga airport and prison, on Friday. The smell of the jihadists burning bodies is currently comingling with the stench of a rotten political process. The ensuing aroma is so pungent that it can be smelled on both sides of the Mediterranean. It could signal the failure of the UN's one-track approach. Now is the time to create strong incentives for Libya's moderates to work together to tackle the threat from IS and the migrant crisis.

As the incentive structures stand at present, the country's opposing militia/military top brass have everything to lose and nothing to gain by a UN agreement or by working together. Haftar, a wildly divisive figure who only became Commander of the Libyan army by appealing to anti-Islamist partisans, may stand to lose the most from any settlement - as the inclusion of moderate Islamist elements in any subsequent government will lead to his overthrow. In the long run, Haftar hopes that undermining the UN-backed negotiations process will lead to a greater political vacuum, due to the expiration of the HoR's mandate at the end of October. Presumably, he would then fill that gap by establishing a Supreme Military Council, thus attempting to take full responsibility for the country.

On the pro-GNC side, on Thursday, armed men aligned with the Islamist spoilers of the Steadfast Front stormed the GNC building to prevent the possible acceptance of the amended Libya dialogue draft document. At present, UNSMIL is responding to these setbacks by supposedly working towards a deadline of Thursday 24 September to finalise the deal.

The only way to incentivise individuals like Haftar and Badi to not derail a deal is to have the international community underwrite punishing sticks to snap into place as a consequence of their disruptive behaviour. No such measures were unveiled in conjunction with the negotiations original deadline, however.

Such an act would require political will. Yet even more gumption is needed to transcend the crucial blind spot of both the UN-mediated negotiations and Western policy towards Libya, in general: the dramatic rise of the Islamic State and the inability of negotiators to draft provisions to motivate the opposing factions to work together to face the menace. Since gaining a foothold in Sirte early this year, IS has chosen to gradually consolidate its position and enter into tribal agreements with surrounding localities. This process has both insulated IS from attack and allowed it to operate outside of the territory that it formally controls.

Paradoxically, after being largely driven out of Derna earlier this year, IS may have worked as a blessing in disguise for the organisation by allowing it to create a territorially continuous mini-state rather than attempting to simultaneously administer a few disparate pockets of territory. As such, IS seems to have regrouped and refocused its energy on holding Sirte, which is now the most important piece of the IS “caliphate” outside of Syria and Iraq.

Indeed, Dabiq, IS’s English language magazine, featured an interview in its August edition with Abul-Mughirah al-Qahtani, “the delegated leader of the Libyan wilayat”. The interview is clearly intended at least symbolically to solidify IS’s Libyan territory as its anchor in North Africa and as a fundamental component of the broader project, not a loosely affiliated offshoot. In fact, it is quite clear that Sirte will be the first haven of IS's leadership should they be forced to abandon Mosul and Raqqa by allied military successes.

As such IS is nurturing its nascent capacity to launch spectacular attacks, like Friday's on Mitiga airport. When fully honed, this capacity could make it a kingmaker in Libya - able to derail any political settlement with which it disagrees. However, rather than its current strategy of treating IS's disruptive force as yet another purple elephant to be wilfully ignored, as it might provoke divergent opinions from Libya's myriad factions, the international community should use it as an opportunity to deploy more meaningful carrots and sharper sticks to bring the GNC and HoR to formulate a coordinated response to the IS threat.

At present, both the GNC and HoR perversely benefit by strategically ignoring IS. First, each can facilitate an IS attack on the other. Secondly, both can use the IS threat as a rationale for demanding more international assistance. However, without an enforceable peace accord in place, the incoming weapons and political support would certainly be used to prolong the battle between the factions while disincentivising any compromise.

Conversely, fighting together could establish trust that could spill over to other arenas making a political accord more likely to hold. In particular, uniting against a common enemy could potentially provide a stepping stone for integrating and normalising the security sector - a daunting but vital task for Libyan stability. In short, creating a joint task force to coordinate the anti-IS fight must be on the table in the talks in Skhirat and be one of the first implemented parts of any signed deal.

Operational cooperation between the backers of the GNC and the HoR has implications that will quickly reach to the opposite banks of the Mediterranean. Traffickers promising refugees safe passage across the sea take advantage of the lawlessness of the Libyan “state”. Only with an accountable government supported by key militia stakeholders can the shoreline be controlled and traffickers halted.

Furthermore, allowing the IS presence to grow unchecked will lead to terrorist outrages and a humanitarian crisis which will help spawn additional refugee waves while simultaneously creating more opportunities for global jihadi recruitment. The European Union should have more of an interest in focusing on the causes of the current refugee crisis - and therefore promoting cooperation and stability in Libya - than on merely mitigating its tragic symptoms.

Prospects for the success of the Skhirat process are grim, yet the implications of failure without a coherent Plan B are even worse. With an ascendant IS that considers its Libyan enclave increasingly important as a potential escape hatch from the Levant, it is imperative that the GNC, HoR, and their more moderate militia backers jointly engage to stem the threat. Haftar's divisive approach has already been tried - and found wanting. Only a broad-based anti-IS coalition could lay the groundwork for long-term Libyan stability, while also beginning to address the security and migration challenges already confronting Europe’s doorstep.

- Jason Pack is president of Libya-Analysis.com and a researcher of Middle Eastern History at Cambridge University.

Photo: A refugee woman holds the dead body of her child as Libyan officials evacuate a group to Tripoli port after a refugee boat malfunctioned before being rescued by an oil tanker off the shore of Libya, on September 18 (AA). 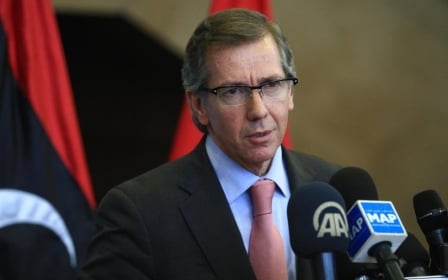