James M. Dorsey
Football pitches are flashpoints in relations between Riyadh and Tehran 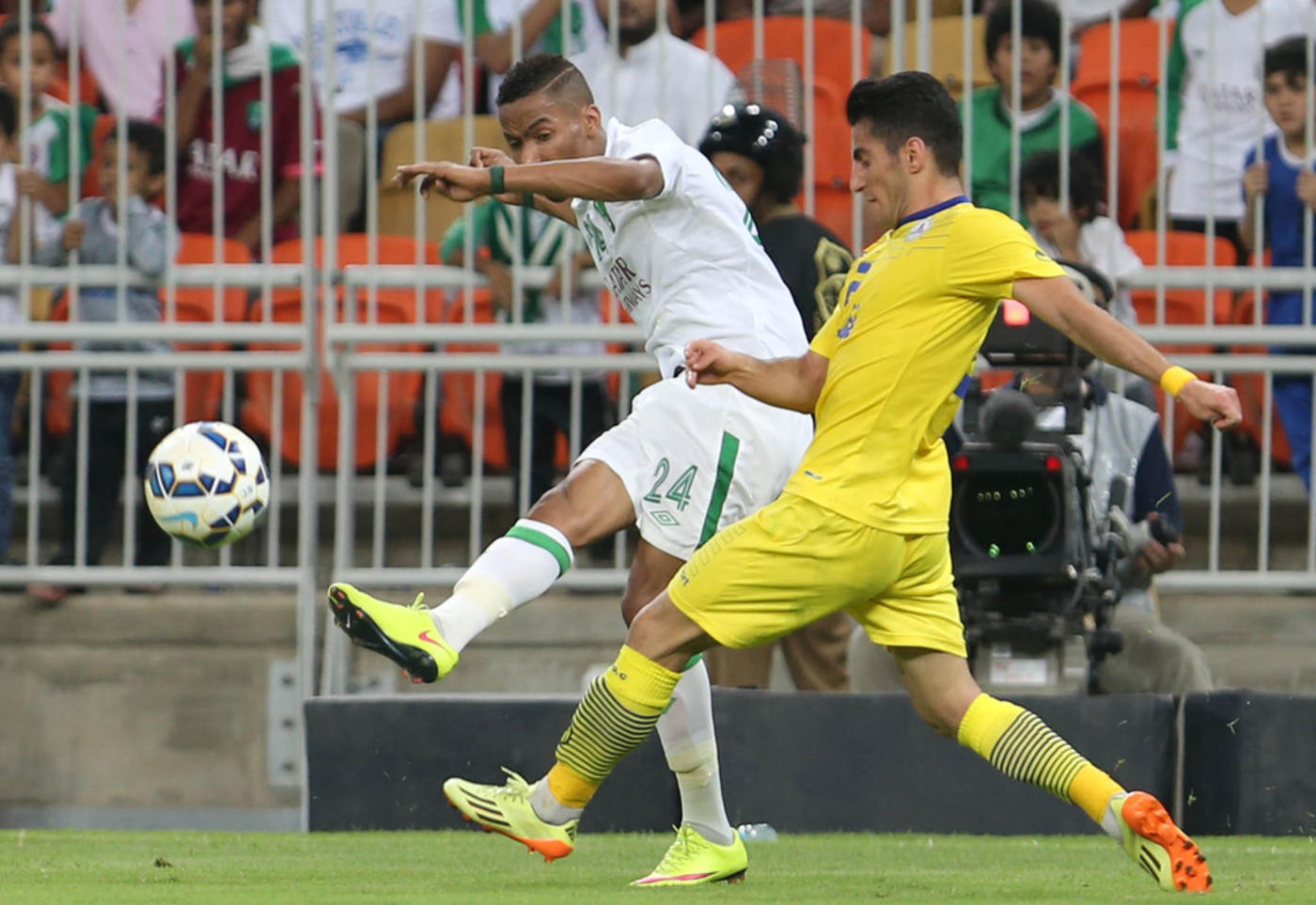 Saudi Arabia and Iran, highlighting the domestic drivers of mounting tension that threatens to deepen and complicate sectarian and multiple other regional conflicts, have taken their fierce tit-for-tat battle from the realm of traditional diplomacy to the world of public diplomacy.

Following a dizzying sequence of events, including the Saudi execution of Shia cleric Nimr al-Nimr together with 46 others, the storming of the Saudi embassy in Tehran and the breaking off by the kingdom of diplomatic and commercial relations with Iran, Saudi Arabia and Iran have expanded their fight to the football pitch.

Several Saudi clubs, including Al-Ahli FC, Al-Hilal FC, Al-Ittihad FC and Al-Nasr FC, issued statements on their websites in the wake of the ransacking of the embassy demanding that they play Asian championship matches against Iranian squads scheduled for February in neutral venues.

The clubs were expected to ask the Saudi Arabian Football Federation to officially request the Asian Football Confederation (AFC) to move the games away from Iran.

Football pitches have long been flashpoints in relations between Saudi Arabia and Iran on which not only tensions between the two countries but also domestic issues related to their strained relations manifest themselves.

Pitches have also served as barometers and early warning signs of mounting tensions between the kingdom and the Islamic republic, which by its very nature challenges the ruling Al-Saud family because it constitutes an alternative form of Islamic government that, despite being a theocracy, also recognises some degree of popular sovereignty.

Iranian officials saw Saudi Arabia’s hand last April in clashes between football fans and security forces in the Iranian city of Ahvaz, home to Iran's Arab minority and the capital of oil-rich but impoverished Khuzestan province. Ethnic Arabs have long complained that the government has failed to reinvest profits to raise the region's standards of living.

The Iranian assertions were fuelled by Arab pundits who called for the liberation of the five million Arabs in Khuzestan. Some pundits described the Iranian province as Arabistan.

The Saudi football clubs’ demand for moving matches away from Iranian venues in effect amounts to support for the government’s escalating confrontation with the Islamic republic. That comes hardly as a surprise with two of the four Saudi clubs that put forward the demand being headed by members of the kingdom’s ruling family.

Prince Faisal Bin Turki Bin Nasser, a son-in-law of the late Saudi Crown Prince Sultan bin Abdulaziz Al-Saud presides over Al-Nasr while Al-Hilal is managed by Prince Nawaf Bin Sa'ad. The presidents of Al-Ittihad and Al-Ahli have close ties to the ruling family.

Mehdi Taj, the head of Iran’s Premier League, said in response to the clubs’ statements that it would file a complaint with the AFC on the grounds that the kingdom was mixing sports and politics.

“Articles 3 and 4 of AFC assert that political issues should not be extended to football; this is not for the first time that Saudis take pretexts of this sort on their unethical pursuits… The best response is to play strong football on the field and to defeat Saudis on their own ground,” Mr Taj said suggesting that in contrast to the Saudis Iranian teams were willing to play matches in the kingdom.

Mr Taj’s willingness despite the crisis was matched by Saudi Foreign Minister Adel Jubair’s statement that Saudi Arabia would continue to accept Iranian pilgrims to Mecca even though the kingdom was severing diplomatic and commercial ties and banning all flights and travel to the Islamic republic.

The Saudi extension of its conflict with Iran to the football pitch, Mr Taj’s comments notwithstanding, demonstrated that football and politics are inextricably intertwined. Mr Taj’s argument was effectively countered last month when the Islamic Republic of Iran Broadcasting (IRIB), the country’s broadcast authority, banned an appearance by Iranian Foreign Minister Mohammed Javad Zarif on a popular football television programme.

In fact, the ban, like this weekend’s assault on the Saudi embassy in Tehran and the kingdom’s consular office in the eastern city of Mashhad as well as the execution of Mr Al-Nimr, were all reflections of domestic power struggles and jockeying for position in both Iran and Saudi Arabia.

Conservative Iranian websites called this weekend for protests at the Saudi embassy in Tehran in a bid to embarrass reformist President Hassan Rouhani in advance of next month’s elections for parliament and the Assembly of Experts that elects Iran’s spiritual leaders. “God willing very soon we will have a picture like this next to the White House. We will hit Haifa with missiles,” said one protester who posted a picture of the ransacked embassy on Telegram, a social media website.

Moreover, efforts to control football by hardliners with the Islamic Revolutionary Guards Corps (IRGC) in the lead underline the importance of the pitch as a battleground in the struggle for Iran’s future in the wake of the nuclear agreement with the international community and the expected lifting of stringent United Nations sanctions that Western nations hope will boost Mr Rouhani in the elections.

Similarly, many analysts believe the timing of the execution of Mr Al-Nimr and the others was designed to whip up nationalist fervour at a time that the kingdom faces multiple problems. These include a protracted war in Yemen; Iranian nuclear success and its participation in Syrian peace talks; Saudi Arabia’s stalled efforts to forge a Sunni military alliance that would target the Islamic State and potentially Iran; and forced economic belt tightening as a result of reduced oil revenues that threatens to undermine the social contract that underwrites the Al-Saud’s rule.

Whatever the case may be, the executions, including that of Mr Al-Nimr, were intended to demonstrate that the Al Sauds will not brook any dissent. It was certainly the message the kingdom, which accuses Iran of instigating unrest in Arab countries, wanted to send to Tehran. It is a message Saudi football clubs appear more than willing to support.

- James M. Dorsey is a senior fellow at the S. Rajaratnam School of International Studies, co-director of the University of Wuerzburg’s Institute for Fan Culture, a syndicated columnist, and the author of The Turbulent World of Middle East Football blog, where this article was published, and a forthcoming book with the same title. 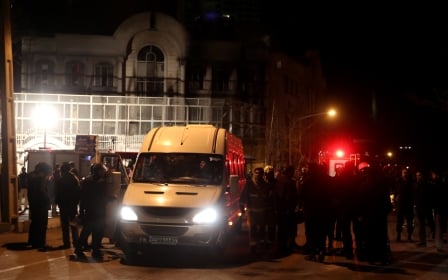 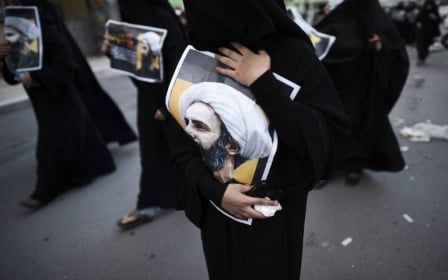