Sarah Aziza
America, we ought to be weeping with them. If we cannot find it in our hearts to share in their grief, then let them weep in peace 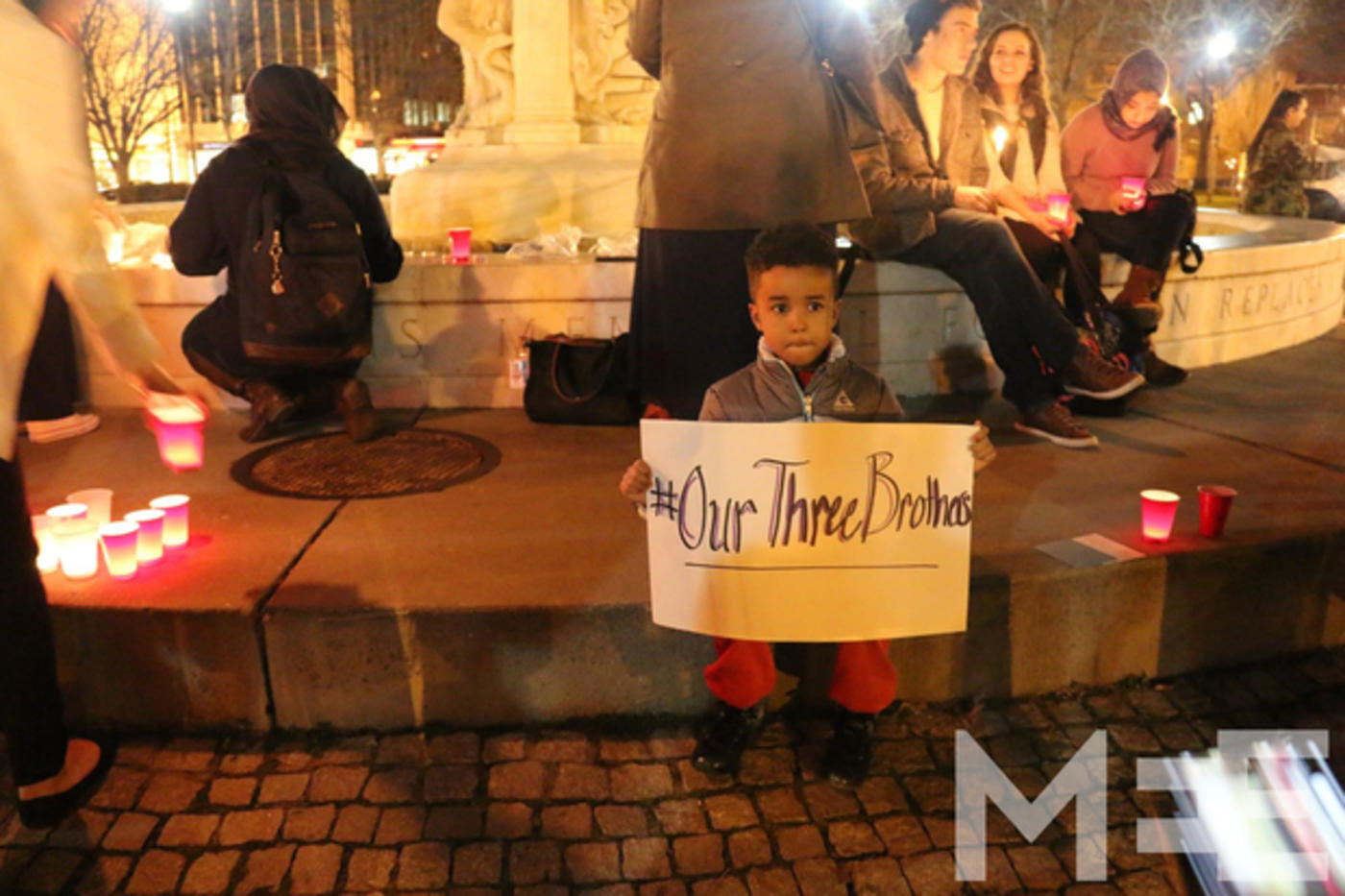 To mourn the death of a loved one is to experience a most intimate grief. For the family and friends of Mohamedtaha Omar, Adam K Mekki, and Muhannad A Tairab, that grief is tainted by the senseless brutality of murder and the chilling indifference of the outside world.

The killings received no national attention until four days later, and even since, coverage has been murky at best. On Twitter, the hashtag #OurThreeBoys - later, #OurThreeBrothers - appeared as the story of the victims slowly circulated. Many jumped onto social media to speculate about the reason for the murders.

To some, this was clearly a hate crime, motivated by racial bigotry or Islamophobia - two of the three victims were Muslim. Many others have vociferously denied this theory, concluding that the boys were obviously “thugs” with “gang connections”. Some insisted that these men “deserved to die” since they were, after all, Muslims.

The Fort Wayne police, in a belated and equivocal response to mounting media attention, have promised to continue investigating. So far, they have little to show - no suspects, no persons of interest, no evidence to disclose to the public. Except for one certainty, apparently - they've categorically denied the incident is a “hate crime”.

It's a mystery that the authorities that claim to be so baffled by this case on all other fronts can be so dogmatic on this single point. Yet they've “totally ruled it out,” as they've continually reminded the public.

Whether or not the murders were motivated by race or religion, the deaths of these men have, once more, exposed a much larger sin - America's blindness towards the deaths of black people.

It is stunning how many times, in the past few years alone, the American public has shown its inability to recognise or mourn the systemic violence and denigration of black lives.

I write as a white woman who understands that, at most, I'll only ever glimpse the ancient, living wound of racial injustice through the refracted lens of my own privilege. Even so, the breach in our national soul has been made so obscenely apparent in recent years that I wonder how anyone in this country could carry on unshaken.

And yet, it is still, apparently, too much to ask of many in white America to see a slain black male as a victim, and not a “gangster” meeting his natural end. It is still, apparently, acceptable for a young man to die if he looks enough like a “thug” - which of course, is a cruel criteria in itself, as we fashion our “thug” image in his likeness.

On an even broader level, this week was another failure in compassion. The families of these victims, many of whom fled war-torn Sudan to seek peace in the United States, came to find themselves exposed to a chorus of Internet-amplified rhetoric that reduced their sons to a few poorly punctuated epithets. Their essential grief was compounded first by the cold indifference of the justice system and then by the reductive glare of the media. Exasperated by the deluge of online users who justified the deaths by blaming gangs, drugs or Islam, one relative of the victims wrote on Facebook:

“Taha and Muhannad were Muslims, Adam was a Christian,

They were all good boys. They were Sudanese Americans.

They were citizens of this country. They were good boys.

I should not have to state that for you to see them as human.

I should not have to state that at all.”

America, we ought to be weeping with them. If we cannot find it in our hearts to share in their grief, then let them weep in peace.

Photo: A child holds a sign at a vigil for the three young men in Washington, DC (MEE/Ilana Alazzeh). 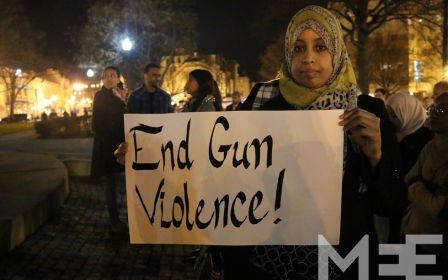 Islamophobia
US Muslims shaken by ‘execution-style’ murders amid rising hostility