Freedom in the Middle East: There are still reasons to be positive 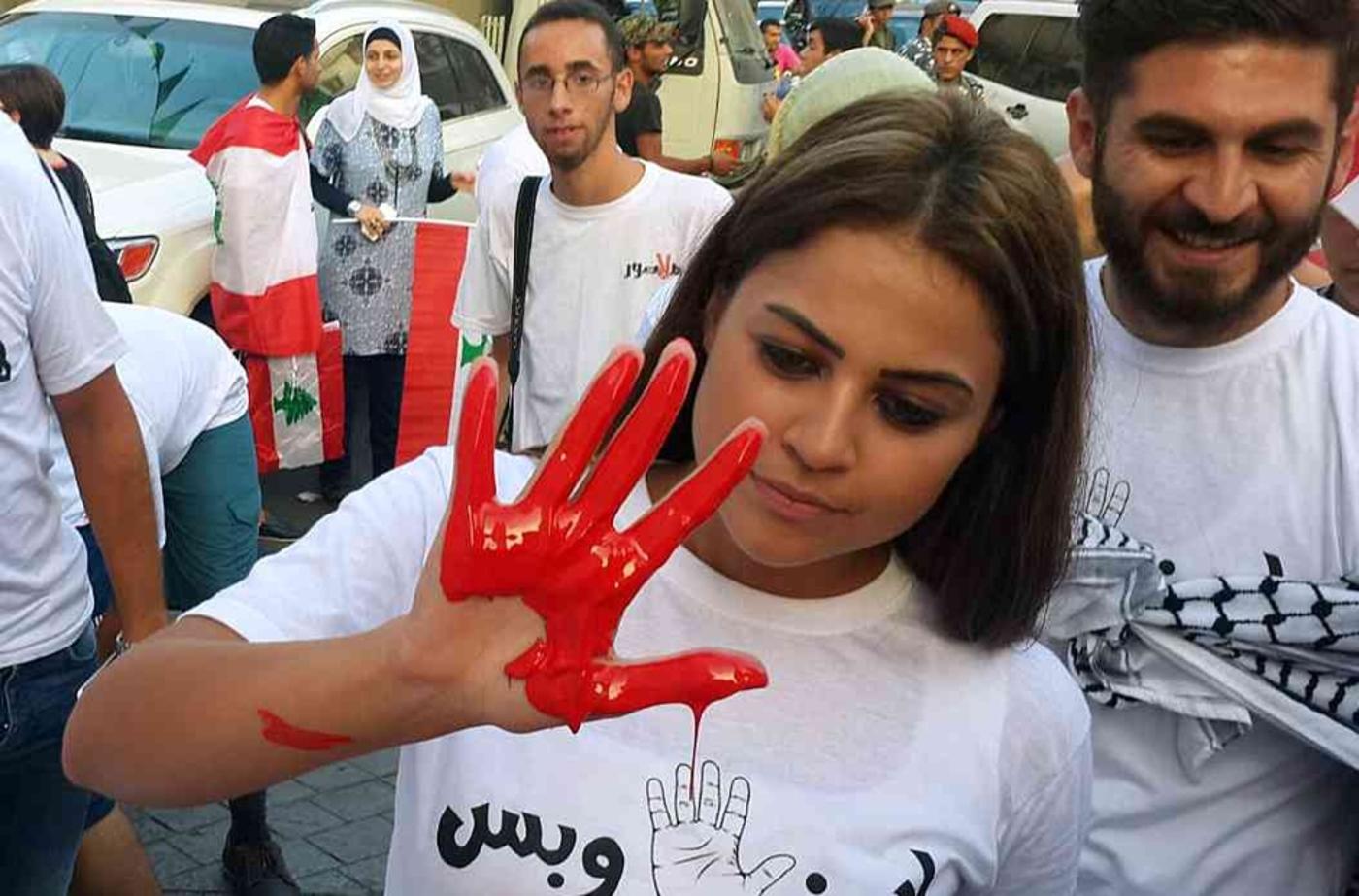 Most observers of the Arab world have written eulogies and expressed condolences to the Arab Spring. Despite the uprisings, which spread across the Middle East from 2010 onwards, the region was not reconfigured as many citizens and activists would have liked.

In several instances, struggles for dignity, social justice and freedom in the Arab world were rebuffed by counter-revolutions, civil wars, international interventions, sectarianism, Islamist extremism and the retrenchment of authoritarianism.

But these harsh violent realities on the ground, combined with the inability of the UN and western powers to mediate or resolve conflicts in the region, have brought some Arabs full circle - and back on to the streets.

Most of the protests have resulted from the lack of any alternative. No other model for change has presented itself, either regionally or globally. And the peoples of the region - be they Arab, Berber, Kurd or whoever - have seen the brutal consequences of not taking matters into their own hands.

The return of grass-roots protests

The small - and not so small - protests in Morocco this year, as well as those in Lebanon, Egypt and Iraq during the past two years, may not have caught the imagination of most citiznes or the attention of the mainstream media, but they are significant nonetheless.

Their importance has less to do with any immediate reforms by governments in the region, and more to do with the revival of bottom-up politics in the Arab world, despite the failure of the uprisings.

The return of broad-based mobilisations in the northern Rif region of Morocco, for example, is only the most recent example of the return of protest politics.

The demonstrations have been led by the al-Hirak al-Shaabi movement, which has made fundamental calls for social justice, including economic development, schools, jobs and demands to be treated with dignity by the state.

The protests initially ignited in October of 2016 after the death of Mouhcine Fikri, a fish vendor in Al-Hocieima, following a confrontation with police who confiscated his “illegal” catch.

Their importance is less to do with any immediate reforms, more to do with the revival of bottom-up politics

The response of Moroccans in the north is reminiscent of that by Tunisians following the death of Mohamed Bouazizi in Sidi Bouzid in 2010 which were to eventually spark the Arab uprisings.

Azzizi was yet another example of an Arab citizen who was only trying to eke out a living but pushed to the limit of self-sacrifice by an indifferent and negligent state.

The Rif region has a large Amazigh minority population that has experienced decades of socio-economic marginalisation and increasing inequalities. The protests have continued to grow, with students, women and ordinary citizens joining the wave of demonstrations that have reached even the major cities of Casablanca, Rabat and Marrakesh. The subsequent arrest of protest leader Nasser Zefzafi only helped spread the rage of ordinary Moroccans and spark new groups to declare solidarity with the Hirak movement.

Hirak al-Shaabi has been the clearest manifestation yet that contentious politics is alive and well in the Middle East and North Africa. This is not to say that real political change is inevitable in Morocco. The recent history of the region indicates the slow pace of reform.

King Mohammed VI of Morocco was one of the few leaders to get ahead of the protests at the beginning of the Arab Spring. When Moroccans took to the streets in 2011, he immediately responded with democratic reforms and constitutional amendments which gave more power to parliament and reduced his own authority.

This was enough to quieten the masses in a country facing massive challenges, including high rates of poverty, unemployment, inequality and a stagnant economy.

Significant protests in Lebanon, Iraq and Egypt have also demanded accountability and transparency, each challenging government corruption in their own unique way.

In Lebanon, the “You Stink” movement protested at the government’s inability to deliver basic services such as rubbish collection and end corruption. Soon, wider structural demands grew from this movement to challenge the Lebanese confessional system, which allocates political positions and resources based on religious sect.

The results in Lebanon may have been mixed but the movement exposed the Achilles heel of the system and its vulnerability to cross-sectarian solidarity. “You Stink” failed in getting most of its demands met, but it did bring people together across class and religious lines, challenging the entrenched patronage system controlled by sectarian bosses.

Egyptians have a long road to travel to return to Tahrir Square but that has not stopped them struggling against the medusa of authoritarianism. The protests which erupted again during the summer – this time in response to President Abdel Fattah el-Sisi giving away the Red Sea islands of Tiran and Sanafir to Saudi Arabia - may have seemed limited in scope, but they are a significant challenge to a regime which has been focused on stifling any dissent.

Egyptian ownership of the islands was demanded by activists through multiple channels, from legal and political volleys to effective social media campaigns which built public support.

Even Iraq, a country devastated by more than three decades of war, occupations and political disintegration, defied expectations in 2016 with massive mobilisations against a corrupt and impotent government.

Protesters breached the fortified “Green Zone”, the sector of the city where US military administrators used to work and live. It has become both a symbol of the foreign occupation and also the seat of a corrupt sectarian government which took over after the Americans left.

The protest, which saw the takeover of parliament, was dominated by a faction led by the Shia cleric Moqtada al Sadr. Yet this did not stop many others from joining a more organised demonstration the following month which called for an end to corruption and sectarianism.

It did not matter to Iraqis that Mosul and large areas of the country was occupied by Islamic State (IS) at the time: the lack of security and presence of IS in Iraq was simply another product of the incompetence of the Iraqi government.

These protests shook the government of Prime Minister Haidar al-Abadi to the core. Reforms followed, including plans to curtail corruption and the appointment of a fresh cabinet.

News headlines from the Middle East are dominated by the high politics of global powers like Russia and the US or the regional competition between Iran and Saudi Arabia – but these will not bring food, jobs, security and dignity to ordinary people in the region.

The new formula for social change may be mixed with fresh technologies, social media and emerging actors but it does not stray far from the fundamental motivation of social movements to improve people's daily lives and challenge agents of authority.

This was evident in the initial successes of the Tunisian, Egyptian and Yemeni uprisings, where workers, students, peasants and marginalised groups took to the streets.

Despite its own challenges, Tunisia still stands as a model of old and new actors - youth and ordinary citizens along with labour unions and religious parties - struggling towards consensus about the future of their country.

But neither the old nor the new structures have all the answers just yet. There are still critical organisational hurdles and fundamental questions on socio-economic programmes that need to be clearly formulated and presented by all these movements.

There are no guarantees for any of the states in the region: every country faces its own set of unique challenges

Political transitions in the region were never going to be easy. The torpor of entrenched authoritarian regimes is compounded by the geopolitics of the Middle East, dictating that no global or regional powers will leave the political outcomes to chance - if they can help it.

Reactionary forces are always willing to fill the vacuum, be they Islamic State or retrograde regional governments wanting to maintain authority or international powers intervening for their own interest.

The demonstrations in Morocco, Lebanon, Iraq and Egypt during the last two years stand out as positive signs that social protest movements will continue, maybe now with more nuance and clarity of direction.

There are no guarantees for any of the states in the region: every country faces its own set of unique challenges.

But, as the dust settles from the sectarian wars and international and regional interventions, the people of the region are bound to find their voice again.

Rayan El-Amine is Assistant Director at the Issam Fares Institute for Public Policy and International Affairs at the American University of Beirut. 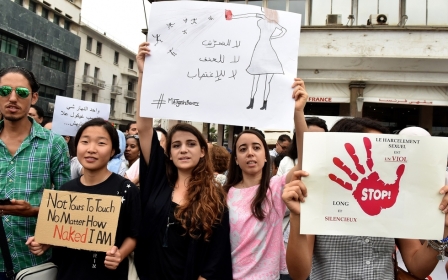 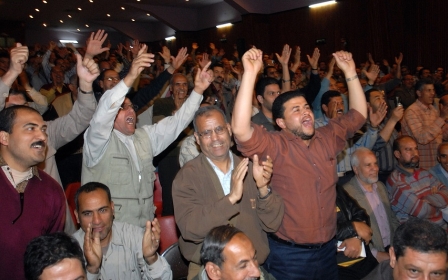 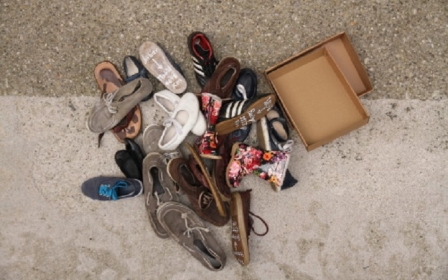