The futility of hope in Gaza 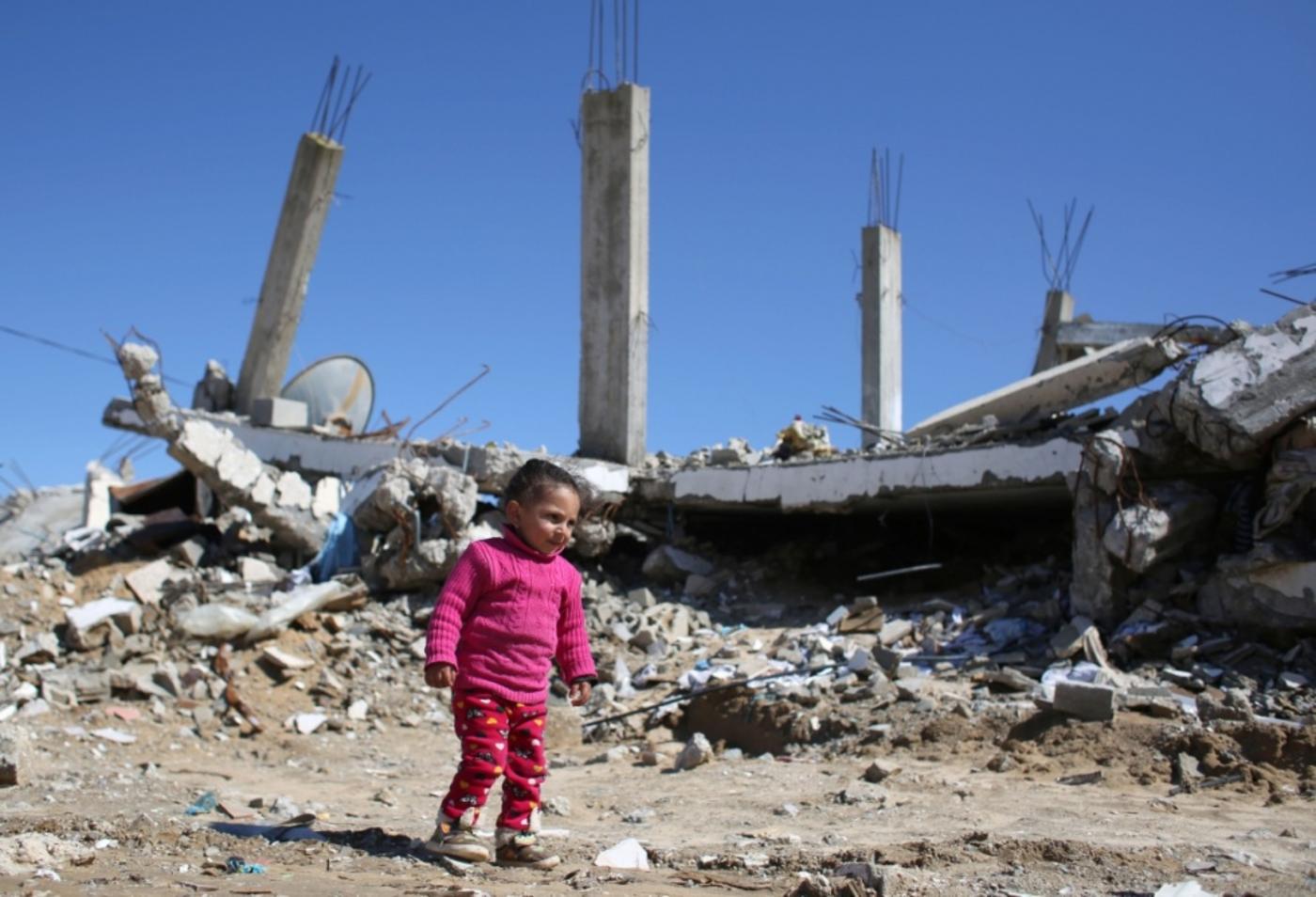 In spring 2009, I moved to Gaza from a life lived in London. Palestine was then recovering from Operation Cast Lead, the name the Israeli army gave to an escalation in violence that began with the announced aim of ending rocket attacks on Israel on 27 December 2008, lasting 23 days and costing the lives of more than 1,400 Palestinians, as well as 13 Israelis. It was to be the first of three devastating periods of violence that included Operation Pillar of Defence in 2012 and Operation Protective Edge in 2014.

In 2009 as Cast Lead was coming to a close, Barack Obama was settling into his first term. Thanks to some of his early speeches on foreign policy, which those of us invested in Palestine dissected and found cause for optimism, hope and the possibility of new opportunities were in the air. So hopeful were we that some of us entertained the idea that the operation had been timed to avoid taking place on Obama’s watch.

After the bombing campaign, which ended on 18 January, Gazans were not traumatised so much as angry, grieving and waiting for reconstruction. These efforts were, however, swallowed up by an Israeli apparatus that stymied the flow of reconstruction materials and of other supplies into Gaza. The blockade even calibrated the daily calories Gazans required to survive, and led John Kerry, famously, to question why it included a ban on pasta.

After the operation, over $5 billion in relief money was pledged to fund the rebuilding of the strip. Emergency workers descended on Gaza from all over the globe. It looked to be a windfall for the humanitarian community. Short-term projects were the order of the day. The more the better. Staff spoke of “burn rates”: the speed with which you spent money so that you could receive more. Time was of the essence.

But Gazans waited. The vast majority of the pledges never materialised. Bits and pieces, scraps, came in here and there. Gaza’s infrastructure, much of it built to serve a small refugee population in 1948, has been collapsing for decades. This infrastructure follows no master plan, and it was clear, even in the early days of reconstruction efforts, that no number of “relief” projects would actually bring it relief.

In my role as a researcher, I visited municipalities inquiring about water plans. They don’t exist, an official from the Gaza municipality told me. Everything is palliative in Gaza. If Israel bombed a sewage-treatment plant, there would be no alternative. When it did so, in 2014, thousands of tons of sewage began pouring into the Mediterranean daily, and in parts of Gaza, children were at risk of drowning in cesspools, as at least five already had in the past decade.

I had studied politics and international relations at university, but nothing taught me more about the world, about global power, than the years I spent in Palestine. What was most inspiring wasn’t seeing theory come alive: it was the collective feeling among those directly involved in Palestine, then, that it was possible to influence policy. It was as if keeping up with the news, being more informed, somehow changed things. Our roundtables, held behind closed doors, our panel events, our consultations with “experts” - all of these felt like part of the solution.

Every political event that occurred over those months felt, from the Gaza Strip, like a historic moment, edging Palestinians forward. When Avigdor Lieberman - a former nightclub bouncer, famous for making outlandish statements about Palestinians and for supporting aggressive military action in Gaza - was named Israel’s foreign minister, we believed he would reveal to the world the true face of Israel’s treatment of Palestinians. After the Israeli army raid, in May 2010, of a flotilla en route from Turkey, filled with supplies intended to break the blockade, we said: the world will not tolerate the deaths of nine Turks, one of them also a US citizen.

When you’re too close, you lose perspective; too far away, and you don’t care enough. We would have been forgiven for not suspecting that being so close as to witness the counting of calories by Israel into Gaza might make us lose perspective. We kept hoping that things would change for the better, that the world would see the punishment as unnecessary. Perhaps these were all strands, moments, of a large and long fight, but the noticeable lack of improvement in Palestinians’ everyday lives - in fact the frequent decline - left me wondering if the arc of history was bending in on itself.

When my colleagues and I began to see that little was changing around us, we turned our attention to the serious players outside Palestine and Israel: the US, the EU, the UN, and the envoy of the Quartet on the Middle East, Tony Blair. We hung on their words, pondered the significance of new appointments, of any larger political changes. We thought we could suss out the subtle messages being conveyed.

Power, though, does not change hands - a lesson we saw play out across the border in Egypt. In 2011, Mubarak went, and Morsi arrived. The consequence for Gaza was the easing of controls at the Rafah border. Handfuls more left the strip. Then, in 2013, Morsi fell, and the status-quo ante resumed. True power over Palestine, we knew, resided with the US and Israel. The rest were small-time players, leveraging Palestine for domestic political gain.

We were reminded again of this dynamic towards the end of 2014. Palestinians went to the UN security council seeking no more than to put a deadline on the end of Israel’s occupation of Palestine before it hits the half-century mark in 2017. The UK, whose MPs had voted for statehood in October 2014, abstained, and the US was prepared to veto.

And when the Palestinians signed up to the Rome Statute of the International Criminal Court, which would open up war-crimes complaints against Israel for its actions in recent years in Gaza, the Obama administration threatened financial sanctions against the Palestinian Authority. For Palestinians there is an inevitability about a US veto. Perhaps I am growing too weary: I need to summon more patience - the sort that realpolitik, diplomatic games, depend on. However, as of yet there is just no evidence that this sort of patience buys Palestinians anything more than variations of suffering.

To counter the sense of powerlessness, we are compelled to “humanise” ourselves. We regurgitate stories of ingenuity under siege. A man who built a house from mud. Another who figured out how to run his car on cooking oil. The guy running a Kentucky Fried Chicken smuggling operation through a network of elaborate tunnels, before Egypt destroyed them. Is this genius all that is left? Is it the victory of life over death? We post articles about young Palestinians winning international maths competitions, Palestinians making smartphone apps. We take and share photos of people doing things that, under normal circumstances, would be described as mundane. It’s not hard to humanise a human being. The rub is that, so often, it seems that to undo such work takes less effort, less imagination.

One of the first things I was told after arriving in Gaza, by a lifelong resident, was that things will only get worse. I refused to believe her - there was too much work to be done. Today, Palestinians in Gaza are recovering from a third war in five years; some are escaping, suicidally, in boats. The majority plod on, searching for work, taking care of their loved ones, and looking forward to their weekend.

They might pin a little of what remains of their hope on a political group, or the latest charming figure to come along with a bold promise that makes them feel hopeful, if only for a moment. They nurture, still, the same feeling people all over the planet had when Obama got elected. Palestinians didn’t laugh at the world for dreaming then - in fact they dreamt together.

- Wasseem el Sarraj is a British-Palestinian writer, published by the New Yorker and others, who currently lives in London. 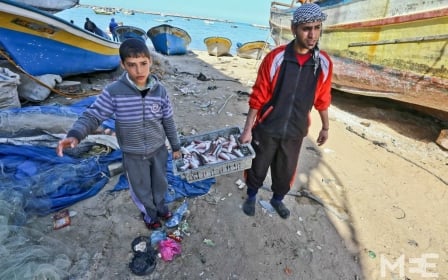