Gaza, one year on: The body is tired, but our spirit is strong

Mohammed Omer
We are still here, rebuilding as best we can, sleeping as best as we are allowed, because we intend to stay, as much as others may want us gone 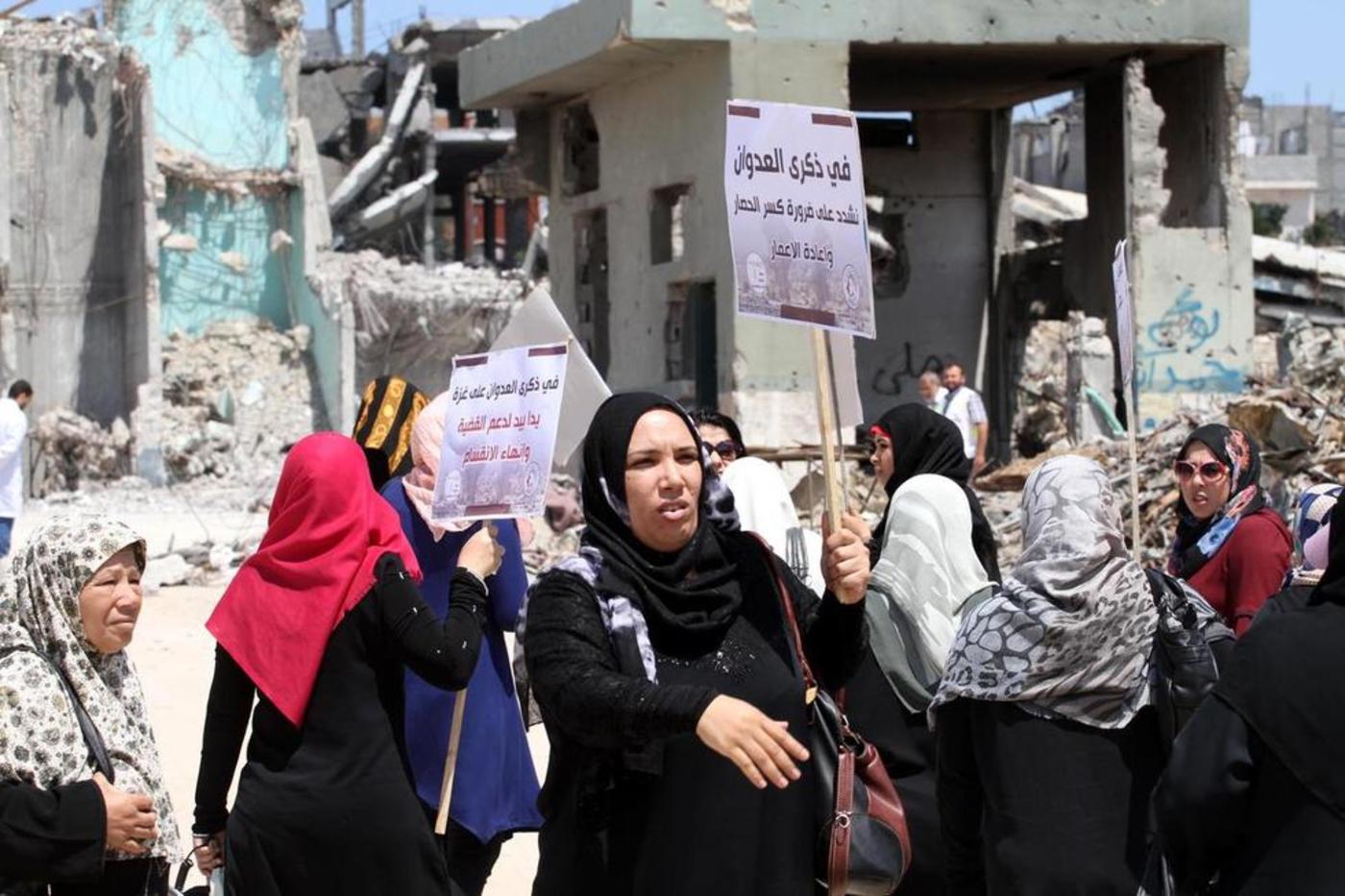 Often, I wake up thinking, this can’t be true – did we really survive it? How did we make it through the 51 days of bombs and missiles dropped by Israel on Gaza last year?

Then I think if only these thoughts were nightmares and not the reality of long hot summer days spent in Gaza, where F16s roar overhead, drones buzz above us and tank shells crash into buildings nearby.

For the 1.8 million survivors living in blockaded Gaza, dreams of freedom and days of peace are not yet here. Palestinians are trapped, both by Israel’s military occupation and the painful memories of loved ones killed last year.

On the anniversary of Israel’s war, fellow Gazans are reflecting on what happened 12 months ago. It was not an earthquake or tsunami that flattened the coastal enclave – though sometimes I wish it had been so we could rebuild it with the compassionate aid from abroad, like in other disaster zones.

But it wasn’t a natural disaster. It was Israel, again, inflicting $6bn worth of damage on a people under siege. One year on we face a grim reality: homes have not been rebuilt, people are hungry, health and sanitation is falling apart, and unemployment among youth (half of Gaza) is expected to reach 60 per cent by the end of 2015.

The homeless still depend on friends and relatives, renting apartments if they have access to money, or living in cramped huts after sheltering for a year in UN schools. In Khuzaa, people are reminded constantly of the war by the odour of sewage that leaks under the walls into their rooms, through pipes blown up in Israeli attacks.

Many of Gaza’s internally displaced used to run farms. Rearing livestock, harvesting crops and living in houses with well-tended gardens on land they owned; they were better off than most people here. Now, one year on, those who used to give charity to others are desperately in need of it themselves. They have little left but their dignity.

I wish I could hold on to the memories I have of people in their gardens, sipping coffee and eating freshly grown fruit. But every day they fade; Israel’s war erases them. Soon, I fear, I will just have memories of last summer: the woman screaming, the child crying for help in a broken village, the doctor who turned his home into an emergency care unit for those barred from reaching hospitals by Israel’s military.

For those outside, the war is recorded history. For the people of Gaza it’s an ongoing experience, a trauma that will endure for years, and likely be passed to our children’s children.

A seven-year-old child in Gaza today has lived through three wars, and never known a “normal” healthy life. Violence and trauma are the norm.

The survivors of eastern Gaza that are close to the fenced-off military zone near Israelare in particularly dire straits and are still trying to piece their lives back together.

The reality is that no one and nowhere is truly safe in Gaza. Israel has weapons that can target every compass point: hospitals, schools, high-rise residential buildings, churches, mosques and water tanks.

A year on I can only ponder, again, why it is impossible for Israel to befriend Palestine and realise a mutually secure and peaceful future for all our children? Prior to 1947, Muslims, Christians and Jews lived side by side, worked together, shared tea and family stories.

I reported on the war in Gaza last year and interviewed victims who are still asking the same questions: why is the world ignoring their cries for help? Will world powers hold those responsible for war crimes in Gaza to account? Will the people who killed my cousins, friends and neighbours be punished?

There is one thing I know for sure and that is that social media is bringing change. People around the world know more about the punishment of Gaza.  While most large media outlets still censor the truth and are complicit in silence, the voices of people on social media grow louder and become harder to ignore.

Missiles may destroy our homes, crush our dreams and suck the life out from our lungs, but Palestinians will not be erased. We have steadfastness, an identity, and a love of life.

A people who can turn spent tear-gas canisters into plant pots, is one that carries a message of peace and life – despite the hell around them. We are still here, rebuilding as best we can, sleeping as best as we are allowed because we intend to stay, as much as others may want us gone.

This is our beloved ancestral home, and here we remain. Come and stay with us, you are welcome.

- Mohammed Omer is an award winning Palestinian-Dutch journalist, based in Gaza

Photo: Palestinian women stage a protest in front of al-Wafa Rehabilitation hospital to demand reconstruction on the first anniversary of Israel's Operation 'Protective Edge' on July 07, 2015 in Gaza City. (AA) 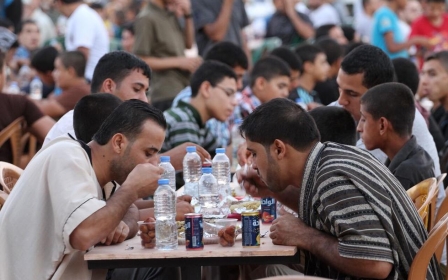