Mahan Abedin
Israel’s latest war on Gaza, whilst relieving pressure on Iran momentarily, does not necessarily alleviate long-term challenges to Iranian policy in the region 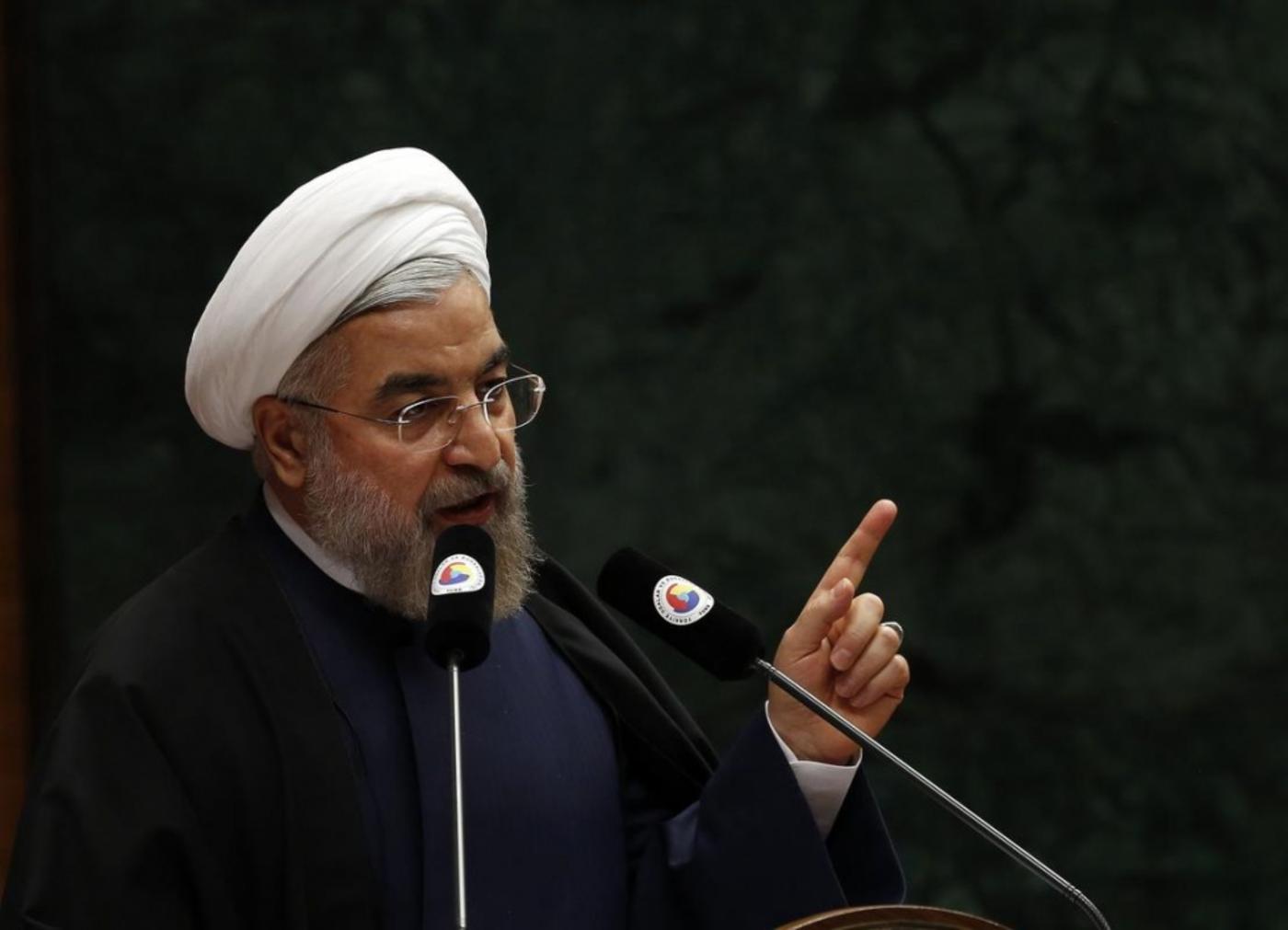 The war in Gaza has been met with expected defiance and bravado in the Islamic Republic of Iran, which has tried hard for three decades to establish itself as a key stakeholder in the Israeli-Palestinian conflict.

As far as Iran is concerned, the most visible effect of the Israeli War on Gaze is a renewed emphasis on support for the Palestinian Islamist group Hamas.

Iran’s ties to Hamas have been strained to breaking point since the latter’s declared support for the Syrian “revolution”. Hamas’ stoic resistance in the face of a ferocious Israeli assault offers Tehran the opportunity to rebuild ties with the most powerful Palestinian faction.

However, the opportunities are balanced by threats and long-term challenges. Despite the effusive confidence of Iranian leaders and officials, it is not yet clear if Hamas is going to emerge stronger from this conflict. In fact, there is the real and growing possibility of the latter’s military depletion and even collapse, especially if Israel decides to intensify the ground campaign in August.

The “disarmament” of the Palestinian resistance – the avowed goals of both Israel and its chief sponsor the United States – would constitute a major strategic setback for Iran, as it deprives the Islamic Republic of the ability to directly pressure Israel inside the occupied territories.

In the longer term, and even assuming that Hamas’ position is strengthened, Iran faces the challenge of placing its oft-vaunted “resistance axis” above the sectarian fault line. And that’s a tall order as long as the conflict in neighbouring Syria remains unresolved.

Iran’s leader, Ayatollah Khamanei, threw down the gauntlet at Israel and the compliant Arab states by calling for the militarisation of the West Bank in a speech to university students on 23 July. Nearly a week later in his Eid al-Fitr speech – and in the wake of the annual global al-Qods demonstrations – Khamenei likened Israel to a “predatory wolf” whose outrages demand a response from the whole of “humanity”.

Meanwhile Iranian president, Hassan Rouhani, struck a less strident tone Tuesday by calling for Islamic unity to meet the threat posed by Israel. Addressing Iranian officials and ambassadors of Muslim countries, Rouhani drew a moral and political equivalence between the “Zionists” and the “Takfiris”, a reference to sectarian-based militant groups wreaking havoc in parts of Iraq and Syria.

Last but not least, the commander of the elite Qods force, Major-General Qassem Soleimani released a statement Wednesday calling for the continued militarisation of the Palestinian resistance. Soleimani’s incendiary statement can be interpreted as setting down Iran’s red lines, namely that the de-militarisation of the Gaza Strip – as demanded by America and Israel – will not be tolerated by Iran.

From the statements and pronouncements of Iranian leaders and officials it is possible to discern both a sense of opportunity and impending threats. Iranian leaders appear to believe that the latest upsurge in fighting makes the prospect of a political solution based on the two-state mode (which they have consistently opposed since 1991) even more distant. By the same token they appear to believe that serious and sustained Palestinian resistance can spread to the West Bank, hence the call by Iran’s leader for the militarisation of the West Bank.

Hidden amongst this bravado and optimism is the real fear that Israel may be intent on dealing a crushing blow to Hamas and other militant groups based in Gaza, in particular the Palestinian Islamic Jihad, which unlike Hamas is ideologically close to Iran.

The destruction of the Hamas-led military infrastructure in the Gaza Strip (composed mostly of a rocket arsenal and tunnels) by a sustained ground operation leading to the possible re-occupation of Gaza by Israel, would be interpreted as major blow by Iranian leaders. At a stroke this would remove a vitally important point of pressure on Israel, leaving Iran’s ideological compatriot to the north, namely Lebanese Hezbollah, even more vulnerable to an Israeli attack.

From President Rouhani’s statement it is also clear that Iran is looking at potential long-term moral and strategic gain, hoping that the Gaza conflict will act as a unifying call during a period of intense sectarian polarisation across the Middle East. By equating Zionism with Takfiri ideology Iran hopes to rally public opinion across the Muslim world against both movements with a view to strengthening the resistance axis.

In fact Israel’s latest war on Gaza, whilst relieving pressure on Iran momentarily, does not necessarily alleviate long-term challenges to Iranian policy in the region. These challenges revolve around the intensifying conflicts in Syria and Iraq which are increasingly drawing Iran deeper into the region’s sectarian and ethnic faultlines.

It is not yet even clear if Iran really has managed to partially improve relations with Hamas. By all credible accounts Iranian leaders were furious with Hamas’ decision to support the anti-Assad rebellion in Syria, and consequently withdrew most (if not all) of their support to the Palestinian group.

Despite Hamas’ stoic resistance in the latest bout of fighting – confirming its status as Israel’s most proximate adversary – the fact remains that none of this necessarily affects Hamas’ attitude to the situation in Syria. Absent a modified Hamas position on the Syrian conflict, Iranian leaders are unlikely to restore substantial support. Gaza Under Attack
16,000 reserves called up in Israel as US provides more arms for Gaza offensive