Ahmed Abu Artema
The Gaza protests may not have restored Palestinian rights, but they forced the occupation and the world to cease their indifference towards the suffering of the people 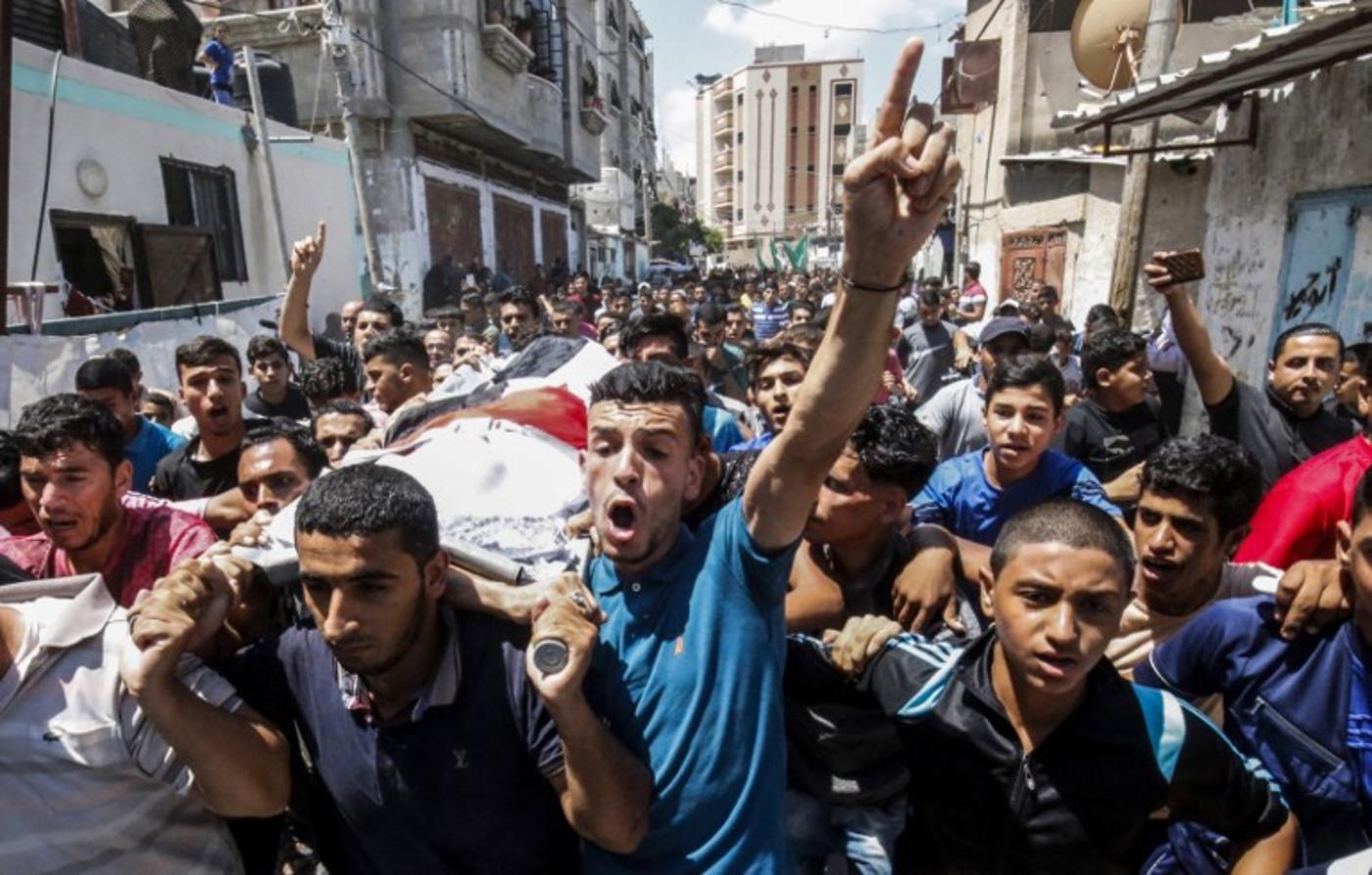 The masses are the real force in making change. If they discover their ability to act - to break the walls of fear and silence - they can flow like a raging torrent towards achieving their hopes.

As I watched the Egyptian revolution unfold in January 2011, with hundreds of thousands of people in central Cairo, I knew the fall of Hosni Mubarak’s regime was imminent. The masses might be silent for decades, but once they take to the streets, they can overcome massive obstacles.

The power of the masses has been highlighted throughout history, from the revolution of the Romanian people over the tyrant Ceausescu, to the Iranian revolution against the Shah. In Germany, it manifested in people’s destruction of the Berlin wall, and in Palestine, we saw it in the First Intifada, where people poured from homes, mosques and neighbourhoods to confront Israel’s occupation forces.

World has to listen

The power of the masses is that they are widespread; they are not hierarchical structures, such as political parties, that can be easily targeted. They draw their strength from the general collective feeling, rather than a central decision issued by a leader.

The masses are the main factor influencing the legitimacy of any regime, and from an economic standpoint, they are the main productive force. If they opt to rebel, the world has to listen; it is difficult for authorities to accuse a wide swathe of the public of trumped-up charges, such as terrorism.

Because the masses have moral, political and economic power, the forces of occupation and tyranny tend to avoid confronting them directly

Because the masses have moral, political and economic power, the forces of occupation and tyranny tend to avoid confronting them directly, instead trying to inflate the idea of a “threat” emanating from groups that rebel. The notion of this alleged danger is peddled to make it easier for charges to stick to individuals.

We never hear an oppressor or occupier say that he is fighting a people, because it is understood that the people, as a whole, must be right. It is much easier for an aggressive regime to claim to be fighting a group looking to destabilise, terrorise and sabotage society.

Fighting for freedom and dignity

This same pattern applies when it comes to the Israeli occupation and Gaza’s Great March of Return. The march began more than seven months ago as a popular initiative, which has been difficult for the occupation, whose propaganda campaign seeks to eliminate the Palestinian people’s presence within the resistance.

Instead, the occupation tries to replace the notion of the people with that of a group, deliberately inflating the presence and organising power of Hamas in the Great March of Return.

This propaganda ignores reality and fails to recognise that there are thousands of people fighting for their freedom and dignity. It is offensive to Palestinians, suggesting that they are sheep led by a single faction that can launch and stop protests whenever it chooses.

Hamas has been in control of Gaza for more than a decade, but throughout that time, it has been unable to push the masses to rise up against Israeli oppression in a manner similar to the Great March of Return. When the protests began on 30 March, the people would not have come out in such force without the collective will to push back against oppression and injustice.

Despite the occupation’s misleading propaganda, designed to avoid facing the origin of the problem, these rallies have demonstrated the effectiveness of popular resistance in pressuring the occupation and keeping it on the backfoot. Although the protests have not yet guaranteed Palestinians their basic rights, they have forced the occupation and the world to cease their indifference towards the suffering of Palestinians in the besieged Gaza Strip.

Maintaining this pressure is key. The popular struggle is difficult to contain, and the strength of the masses sends a powerful message to the occupation and its allies that in the face of a real crisis, radical solutions are required. The masses will not accept empty rhetoric.

Photo: Mourners in the Rafah refugee camp carry the body of a boy killed by Israeli forces during the Gaza protests on 28 July 2018 (AFP)