Is Georgia in love with Israel?

Belen Fernandez
As ties between the two countries continue to strengthen, Georgia may be on track to become the ‘the Israel of the Caucasus’ 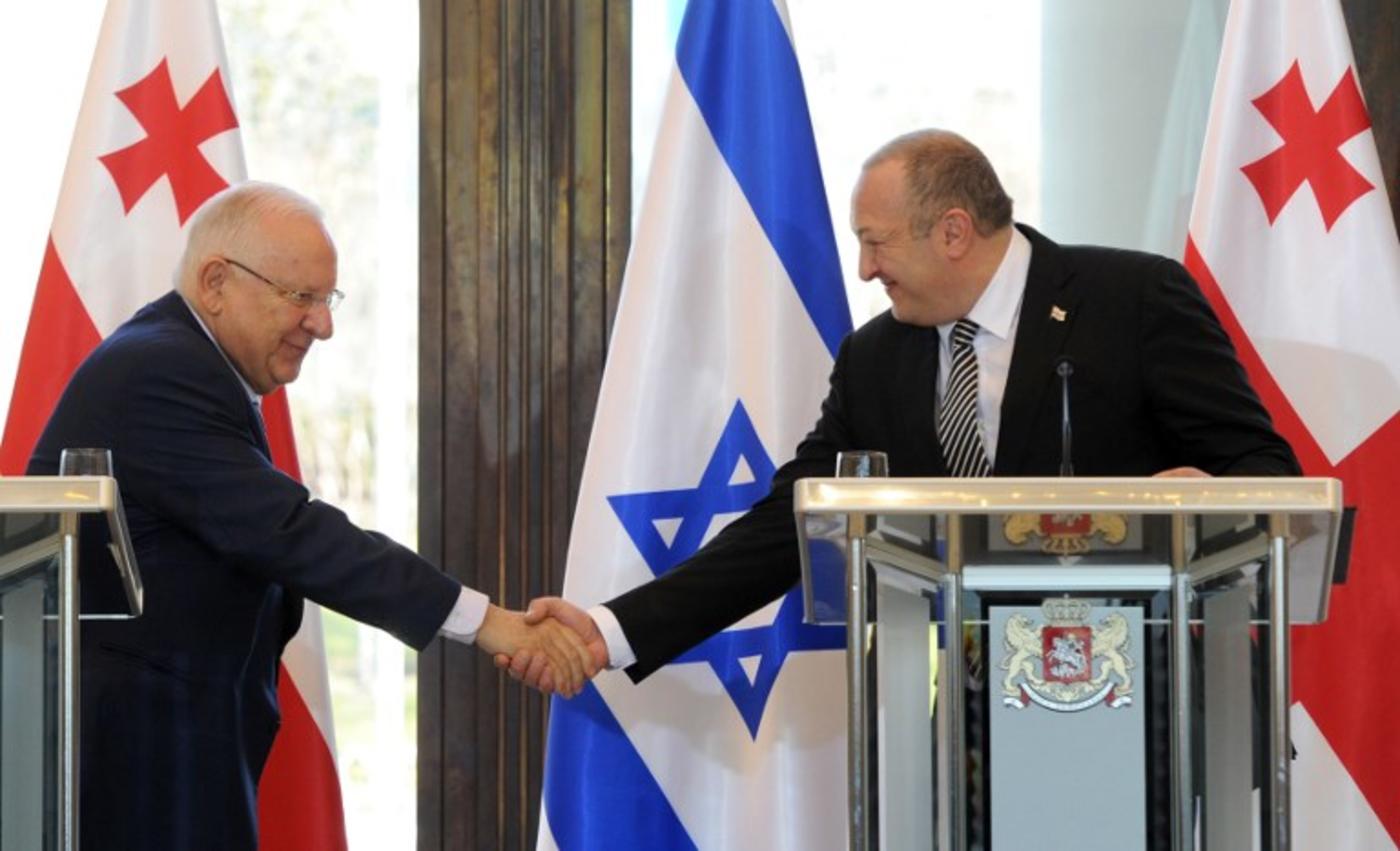 In August, Georgia Today - an English-language newspaper of the eponymous former Soviet republic - featured a verbose analysis headlined “Georgia as ‘the Israel of the Caucasus’ - a Concept Worth Considering?”

Following numerous twists and turns - including a quote from late Israeli prime minister Golda Meir, noting that “if we have to [choose] between being dead and pitied, and being alive with a bad image, we would rather be alive and have the bad image” - the article appears to conclude that there are many prospects for “further developing the Georgia-US bilateral relationships”.

Successful development, we are left to assume, would ideally propel the wannabe NATO member into a special relationship akin to that enjoyed between the US and its favourite Israeli partner in crime. In other words, the whole “Israel of the Caucasus” concept is definitely worth considering.

Servant of US ambitions

Not that the concept is really anything new. Rewind for a moment to 2008 and the five-day war between Georgia and Russia that began when Georgia attacked breakaway South Ossetia. The Electronic Intifada’s Ali Abunimah, noting Israel’s intimate involvement in the war-making venture on account of “hundreds of millions of dollars in arms and combat training” to Georgia over previous years, speculated that the Georgian government may have been endeavouring to “play the role of the ‘Israel of the Caucasus’ - a loyal servant of US ambitions in that region”.

Among these ambitions was the “broader US scheme to encircle Russia”, while the training services provided by the real Israel to the Caucasian one were said to involve “officers from Israel’s Shin Bet secret service - which has for decades carried out extrajudicial executions and torture of Palestinians in the occupied territories”, as well as the Israeli police and major Israeli arms companies.

If we want to talk about 'occupation', the state of Israel is rather synonymous with that term, having spent numerous decades busily occupying not only Palestinian but also Syrian land. Tough neighbourhood, indeed

Although more overt forms of bellicose collaboration were curtailed after Georgia’s poor showing in 2008, this hasn’t stopped notorious Israeli arms manufacturer Elbit Systems from opening a factory in the Georgian capital of Tbilisi, or put an end to efforts to draw parallels between the Israeli geopolitical predicament and the Georgian one.

A December 2017 dispatch in the Jerusalem Post, for example, argues that “both Georgia and Israel are stuck in tough neighbourhoods - with Russia occupying two formerly Georgian provinces, Abkhazia and South Ossetia. Israel feels a similar threat, from much larger Iran stationing its soldiers near its Syrian border”.

Never mind that, if we want to talk about “occupation”, the state of Israel is rather synonymous with that term, having spent numerous decades busily occupying not only Palestinian but also Syrian land. Tough neighbourhood, indeed.

The Post article highlights numerous other exciting opportunities for Israeli financial exploits in the Georgian neighbourhood, in fields like hi-tech, agriculture and cybersecurity. Furthermore, Israeli real estate investments in Georgia abound, and ever-growing numbers of Israeli tourists visit the country each year.

In fact, judging from my own recent visit to Georgia and disturbingly regular encounters with the Israeli flag in Tbilisi, “the Israel of the Caucasus” appears to be a pretty apt description.

Even more so given the presence in the city of an entity called Israeli House, which the Post describes as “a hasbara pilot that could be adopted worldwide” in order to boost Israel’s international image and preemptively counteract the work of the boycott, divestment and sanctions (BDS) movement.

In 2016, Israeli House assisted with the production in Tbilisi of the “First International Forum” on hasbara, conducted with the backing of the Israeli Knesset, AIPAC and other charitable organisations. The flier for the event promised a concert dubbed “We stand with Israel” and a focus on BDS as a “modern form of anti-Semitism”.

This, of course, was a mere two years after the Israeli military had undertaken to slaughter some 2,251 Palestinians in the Gaza Strip over the course of 50 days. But hey, BDS is the real problem.

Fast forward to May of this year, and Georgia was among the devoted countries in attendance at the US embassy opening in Jerusalem, which transpired alongside yet another bloodbath in Gaza.

As it turns out, Georgia also has services to offer Israelis on the more life-giving - as opposed to life-eradicating - end of the spectrum, and is a popular and cheap destination for surrogate-seeking Israelis, as well as other aspiring parents from across the globe.

Siggie Vertommen, who is conducting postdoctoral research on the international surrogacy industry between Israel and Georgia, commented in a recent email to me on the “lucrative” ties between Israeli surrogacy agencies and Georgian fertility clinics: “Considering [Israel’s] pronatalist climate, that is both shaped by religious prescriptions to ‘be fruitful and multiply’ and Zionist ambitions to consolidate a Jewish demographic majority in Israel/Palestine, Israeli intending parents were among the first to arrive at Georgia’s surrogacy frontier.”

An August Jerusalem Post article, meanwhile, quotes Georgian Ambassador to Israel Paata Kalandadze’s calculation of “26 centuries of friendship between Jews and Georgians” and the “stronger and stronger” ties between Israel and Georgia, who, he stresses, “have the same strategic partner” - ie, a certain global superpower responsible for raining death and destruction across Iraq, Afghanistan and a wide array of other global locales.

With so many special relationships in the mix, it seems there are more than enough opportunities for “being alive with a bad image”.