The global solidarity movement for Palestine has reached a tipping point 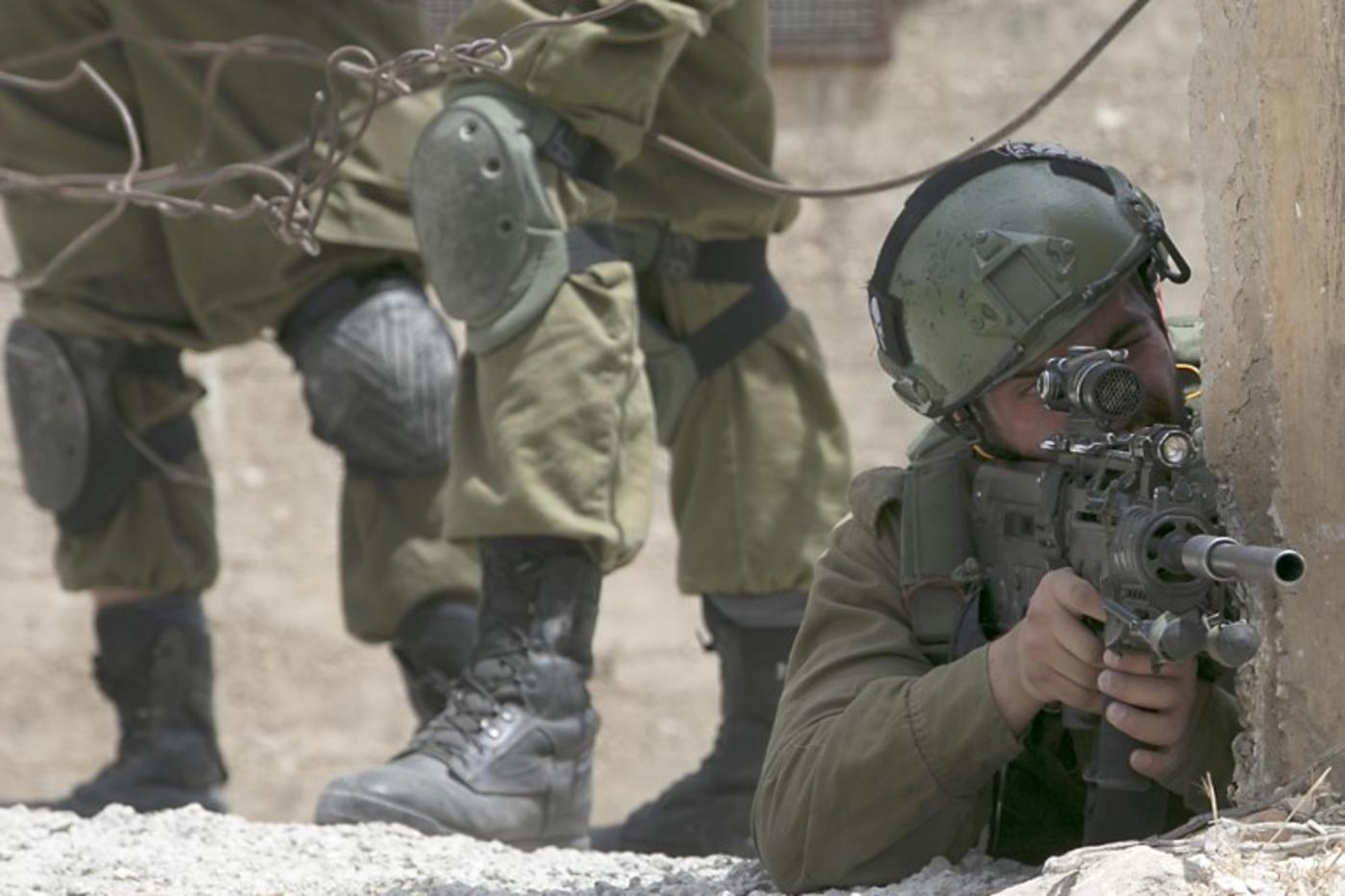 “I saw the most adorable shoes yesterday, but didn’t buy them,” an acquaintance told me recently, explaining that since they were an Israeli brand she had refrained because of the boycott she had heard me advocate on several occasions.

“We’re having a small get-together - just wine, cider, chips and dips. I promise there will be no Sabra,” another friend told me, referring to the popular brand of hummus owned by a company, which has provided food and personal care packages to Israel’s Golani Brigade, notorious for its human rights abuses.

These simple statements and acts of boycott, coming from individuals who until recently were “Zionist by default”, reveal the distance average Americans are putting between themselves and the country they once uncritically believed was “the only democracy in the Middle East” - an oasis of civilisation in an otherwise benighted region.

Today, Israel’s veneer - its once-impervious nonstick coating - is cracked beyond repair. Most people are seeing the ugliness behind the mask, the spewing lava of human rights abuses that can no longer be crusted over.

As Israeli-born actor Natalie Portman - long described as a Zionist, albeit of the liberal persuasion - recently said, Israel’s new nation-state law is “racist”. Portman also declined to travel to Israel last year for the Genesis Prize honouring her, leading to the cancellation of that ceremony.

Concern for Palestinian rights and dignity was also behind the Indian women’s movement, representing more than 10 million women, endorsing BDS

Indeed, there is a growing awareness of Israel’s reality in the US, the country that has long been its biggest champion, shielding it diplomatically and financing its war crimes. But this is also a global phenomenon: 2018 saw many forms of solidarity with the Palestinian struggle around the globe, from New Zealand, to India, to Nigeria, to Argentina - in sports, music, the arts, faith communities and governmental politics.

To cite but a few significant examples, an international campaign by a coalition of organisations affiliated with the boycott, divestment and sanctions (BDS) movement recently convinced Airbnb to stop listing properties in illegal Israeli settlements in the West Bank. The global community also mobilised earlier last year to convince Argentina’s national football team to cancel its “friendly” match with the Israeli team in Jerusalem.

As the BDS movement explained in its Argentina campaign, “there is nothing friendly about Israel shooting Palestinian footballers”. Heeding the appeal of more than 130 Palestinian clubs, Adidas also stopped sponsoring the Israel Football Association, which includes teams based in illegal settlements built on stolen Palestinian land.

Meanwhile, the Quakers became the first UK Christian church to completely divest from all companies that benefit from Israel’s occupation of Palestinian land. And 39 international Jewish organisations expressed their understanding that the Palestinian people have grievances that are not rooted in anti-semitism, writing in a joint letter: “We all affirm the current call for BDS as a set of tools and tactics that should not be defined as antisemitic.”

In cultural news, tens of thousands of fans and activists convinced singer Lana Del Rey and other artists to withdraw from Israel’s Meteor festival in a kibbutz in northern Israel, which would have been inaccessible to most Palestinians. Del Rey tweeted that she would postpone performing in Israel until she could sing for both Palestinians and Israelis.

In addition, a variety of DJs have pledged to boycott Israel, with the New-York-based collective Discwoman and others stating: “As long as the Israeli government continues its brutal and sustained oppression of the Palestinian people we respect their call for a boycott of Israel as a means of peaceful protest against the occupation.”

Concern for Palestinian rights and dignity was also behind the Indian women’s movement, representing more than 10 million women, endorsing BDS and demanding the release of all Palestinian child prisoners.

At the same time, Amnesty International has called for an arms embargo on Israel, while the Movement for Black Lives released an inspiring statement of solidarity with Palestinians and urged the US to end billions in annual military aid to Israel.

Even as campuses in the Global North remain hostile towards activism for justice in Palestine, students and faculty are determined to exercise their freedom of speech, and to enact solidarity in meaningful ways. The Canadian Federation of Students, representing more than 500,000 students, voted to back the BDS movement at their annual general meeting in Ottawa.

New York University is the latest US university to vote for divestment from companies that benefit from Israel’s violations of Palestinian human rights, and faculty at Pitzer College in California voted to suspend its study abroad in Israel programme.

Faculty are also declining to write letters of recommendation for students seeking to study at Israeli colleges, and speaking out against Israeli abuses and for Palestinian rights, from the river to the sea. 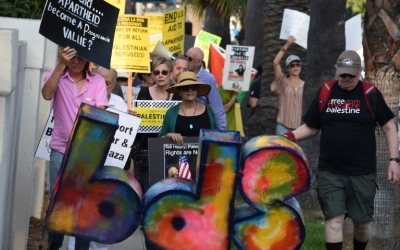 No list can be exhaustive, but it is noteworthy that in 2018, BDS blossomed way beyond a boycott of consumer products, into direct criticism of Israel’s policies and effective actions to hold the country accountable. Coalitions have emerged through an understanding of the shared struggles around immigrant rights, refugee rights, indigenous sovereignty, law enforcement violence, gender violence and more.

As the Movement for Black Lives statement explains: “We know that police officers in the United States learn the tactics of war from Israeli police forces, who come annually to train US officers in methods of oppression, surveillance and murder.” Incidentally, officials in Massachusetts and Vermont both pulled out late last year from a planned training junket in Israel.

Social change doesn’t happen because of a political proclamation. There is no trickle-down activism; it can only rise up, from the grassroots to the halls of Congress and parliament. When it reaches the point of becoming law, this is because of grassroots organising, mobilising, and persistent appeals and demands.

Even the US Congress, one of the largest bastions of Zionism outside of Israel, is changing. Two new members of Congress, Michigan’s Rashida Tlaib and Minnesota’s Ilhan Omar, have endorsed BDS. Tlaib said she would turn down the trip to Israel that AIPAC offers all first-year members of Congress, and lead her own delegation to Palestine instead.

Palestinians have taught the world about resistance to injustice, no matter the might of the oppressor

Indeed, support for Israel is increasingly being viewed as a liability for progressive politicians. Minnesota’s Betty McCollum has actually called out Israel’s practices for what they are: apartheid.

Clearly, what we are witnessing is more than a discursive change. The disenchantment with Israel, and the growing rejection of its apartheid policies, has blown wind into the sails of BDS, with activists organising globally - and winning.

Despite attempts to criminalise boycotts, the coalitions are getting stronger, and the movement is fighting back. It’s been a long struggle, and it is not over, but Palestinians have taught the world about resistance to injustice, no matter the might of the oppressor.

We have taught the world about sumoud, persistence. We have not given up, and we shall overcome.