Hadi: A hollow president whose masters in Riyadh are killing us 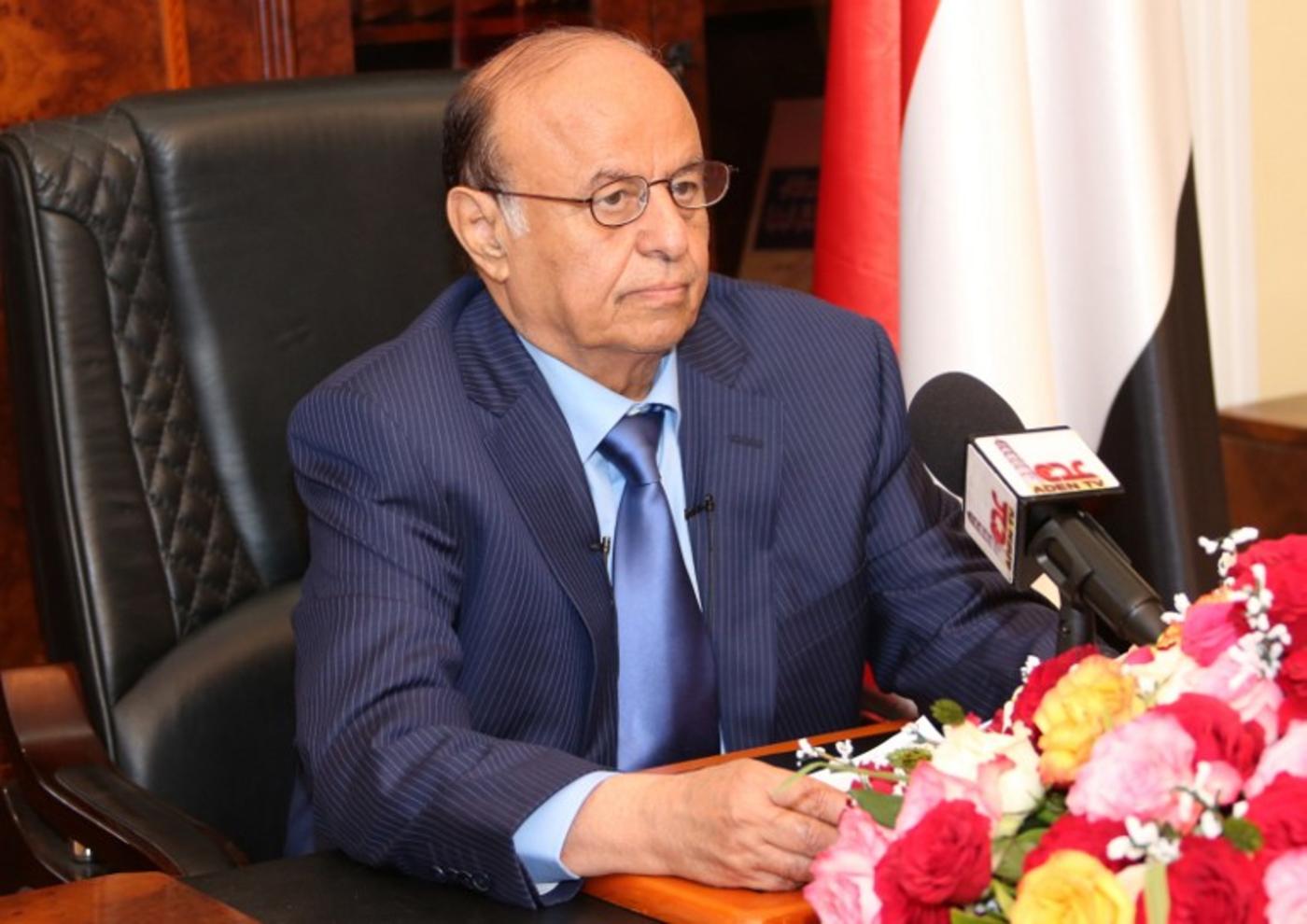 My country, Yemen, is under attack by an autocratic monarchy whose campaign of airstrikes is fuelled by a desire for regional domination. The nine Arab states currently bombing Yemen with the aim of restoring Abd Rabbuh Mansour Hadi as president are headed by Saudi Arabia, an oil-rich kingdom that lashes activists for tweeting and imprisons women for driving.

The airstrikes they launched last month are crippling Yemen. Airports, bridges, wheat silos, power plants, gas stations, food trucks, schools, a football field, and a camp for the displaced have all been hit. Hundreds of people have been killed, including women and children. And an air and naval blockade has brought the economy to its knees.

Reading the op-ed published in the New York Times on Monday by Hadi, it is hard to tell if he is talking about the same country. Perhaps this is because he abandoned Yemen last month and fled to Saudi Arabia. His masters in Riyadh command Yemen’s skies but have no grasp of what is happening on the ground. The column speaks to his desperate lack of leadership: with Yemen facing its most grave crisis in decades Hadi did not address his own people, he wrote to America.

Accusing the Houthis of being “backed by Iran” and of “committing acts of aggression”, Hadi made several references to the people of Yemen. But who are the Yemeni people Hadi is talking about? If they are behind him, as he says, would he be fleeing from one place to another like a criminal?

And where is this Iran Hadi speaks of? Here in Yemen we only see American drones and now foreign war planes destroying our country. Has Iran ever attacked Yemen? Sent troops? Bombed Yemeni factories? Ask a Yemeni what Hadi achieved during his two years in office and the answer will invariably be the same: nothing. Instead of building institutions, Hadi allowed the government to rot, the old regime to resurface, and his allies to loot what remained of the country’s resources.

A hollow president, Hadi has called on foreign powers to do his fighting for him, destroying Yemen’s infrastructure and army in the process. In 1994, when civil war broke out between north and south Yemen, Hadi betrayed his fellow southerners and fought alongside former president Ali Abdullah Saleh in the north. On 25 March 2015 when he fled to Riyadh, Hadi betrayed the entire country.

In contrast to Hadi, the Houthis, a politically ambitious movement from north Yemen, have decided to fulfil the goals of the 2011 revolution and deliver on their promises: removing and bringing corrupt criminals to justice, stopping US drone strikes and forming a new government. At the same time they have continued fighting Al-Qaeda in the Arabian Peninsula (AQAP), a violent group that flourished under the rule of Saleh.

As a movement led by Abdulmalik al-Houthi, a man in his early thirties, the Houthis have gained popular support among young people. In al-Houthi’s calls for a new Yemen, people see a way to turn the failed 2011 revolution into a successful example for change.

Looking at the failed "Arab spring" in Syria and Libya, the Houthis succeeded in providing public services and security in areas they controlled. Most Yemeni cities, including the capital Sanaa, have barely any electricity. People have to buy water privately and use generators to provide their business and home with electricity. In Houthi-controlled areas, electricity is provided by generators which are funded and built by the people. According to the Ministry of Interior, the Houthis’ stronghold of Sadaa has the lowest crime rates and some of the highest tax revenues in Yemen.

With wars raging in Libya, Iraq and Syria and terrorist groups declaring their own states, Yemen has been a different story with AQAP losing control of the towns of al-Jowf, Arhab, Ibb, Radaa as well as Bayda city.

Many people in Yemen believe the US is at least partly to blame for the failure of the Arab spring. Especially in Syria and Libya, America’s allies - Qatar and Saudi Arabia - have funded terrorist groups with the aim of destroying armies and infrastructure and crushing hope for change. The Houthis are here to turn this counter-revolution around so that the demands of 2011 can finally be realised.

- Hossain al-Bokheiti is a Houthi activist based in Yemen

The views expressed in this article belong to the author and do not necessarily reflect the editorial policy of Middle East Eye.
Photo: Damaged Dhamar sports hall is seen after Saudi-led coalition airstrikes against Houthi targets hit a sport hall in Dhamar city of Yemen on April 13, 2015. Some residential areas close to the Houthi targets were damaged following the Saudi-led coalition's airstrikes. Yemen War
MEE DEBATE: Is the conflict in Yemen sectarian? Diplomacy
Pakistan's Nawaz Sharif, not his army, the world’s most dangerous…
Kamal Alam