Haid Haid
Given the proxy nature of the Syrian conflict, it is inevitable that the Gulf standoff will change relations between rebel groups. But just how much depends on how long the rift lasts and how it ends 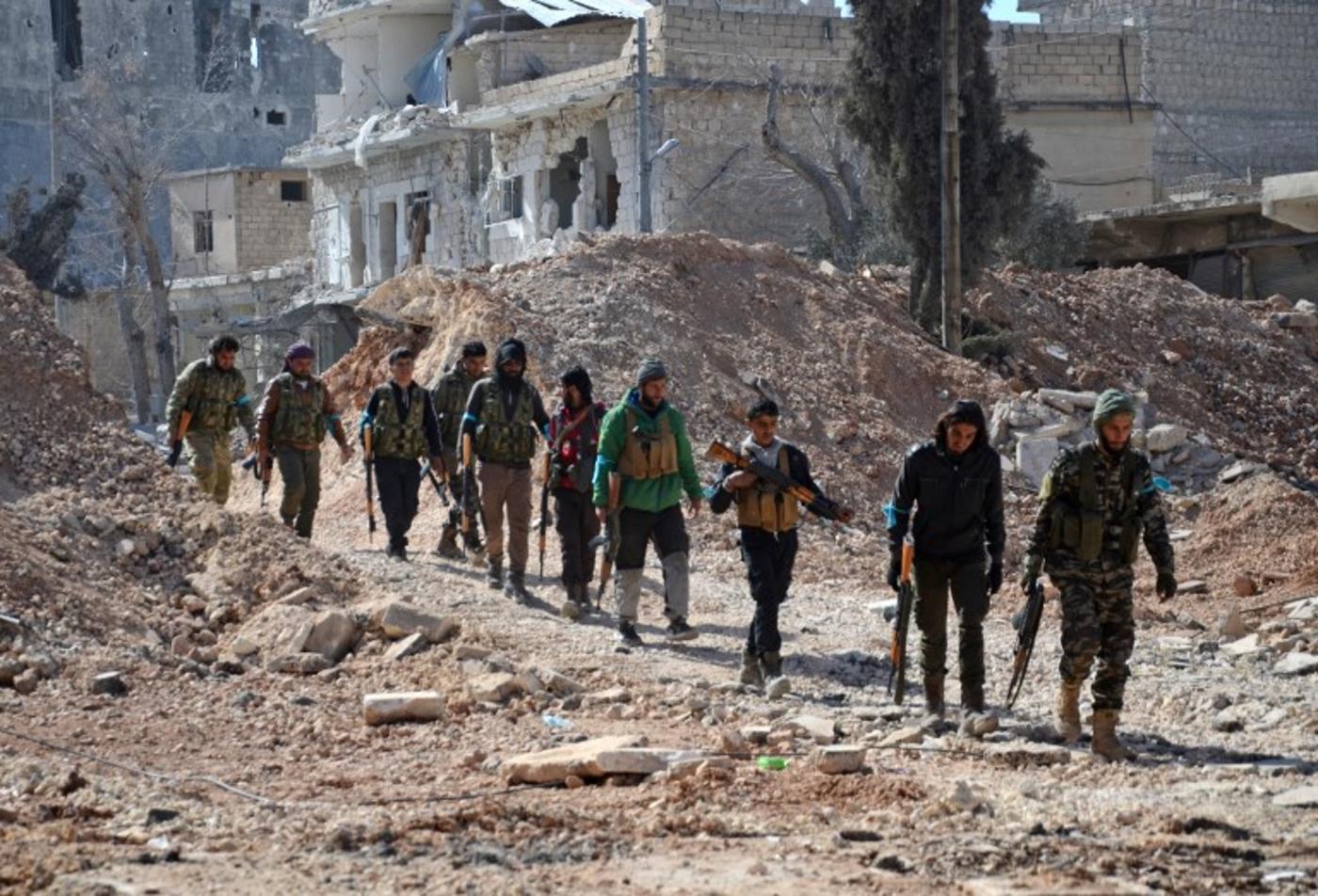 The ongoing Gulf rift is creating anxiety among Syrian rebels who fear that the crisis will deepen divisions within the anti-Syrian regime alliance and hinder military efforts against Bashar al-Assad.

Earlier this month, Saudi Arabia and other Arab countries cut economic and diplomatic ties with Qatar accusing it of causing regional unrest, supporting terrorism and getting too close to Iran, all of which Doha denies.

Together with Turkey and the United States, Qatar and Saudi Arabia have been among the biggest state backers funding and arming groups fighting to topple the Assad regime.

But Gulf support has never been harmonious. Instead, a competing Qatari-Saudi sphere of influence developed and fuelled splits – and infighting - among Syrian groups. The rift threatens to take these dynamics to another level.

Over the past six years, Qatar and Saudi Arabia have navigated the complicated web of Syrian opposition groups guided in their funding decisions by the ideologies of each group.

Qatari funds are largely perceived to be supporting Islamist groups, which vary from factions affiliated with the Muslim Brotherhood to more conservative groups like the powerful Ahrar al-Sham.

Doha is also accused of having ties with al-Qaeda’s affiliate group in Syria, formerly known as the Nusra Front, but now part of the powerful Tahrir al-Sham alliance. Saudi Arabia is believed to be supporting more moderate groups.

In a recent interview, Qatar's former prime minister, Sheikh Hamad Bin-Jaber al-Thani, admitted to the Saudi-Qatari competition although he gives a different explanation for it.

“I will tell you one thing and that is maybe the first time I say this: when we started being involved in Syria [around 2012], we had a green light that Qatar would lead this because Saudi Arabia didn’t at that time want to lead,” he said.

“After that, there was a change in policy and Saudi Arabia didn’t inform us that they wanted us in the back seat,” he added. “We ended up competing and it was not healthy.”

Syrian opposition groups are concerned that picking a side in the Gulf rift will widen their split and limit their capacity.

As a result, they have tried to stay neutral, hoping that the crisis will blow over without substantial damage. Most groups have abstained from releasing public statements in support of one side or the other.

“Until today, the Saudi-Qatari rift did not have a direct impact on Syrian groups, militarily or politically, since no one has won yet. Neither of them have asked Syrian groups pick a side, at least not officially," said Bassam Barabandi, a former Syrian diplomat and co-founder of People Demand Change.

But others fear that the longer the conflict lasts, the harder it will be for Syrian groups to watch from the sidelines.

“This conflict will definitely have a significant impact on the relation between Syrian armed groups but that largely depends on when this crisis will end and how,” said a rebel leader in northern Syria who spoke on condition of anonymity.

“If it lasts for a long time, then more pressure will be put on different groups to pick a side. Consequently, whoever wins will try to weaken the Syrian groups allied with their foe.”

Like the Qatari-Saudi competition that has already sparked power struggles and infighting in Syria, rebel groups fear that the Gulf conflict will trigger fresh bouts of conflict which will benefit the Syrian regime and Tahrir al-Sham alliance.

Only last month, at least 95 people were killed in the Eastern Ghouta near Damascus as a result of clashes between Saudi-backed Jaish al-Islam and Qatari-backed Failaq al-Rahman

Many rebel groups view Tahrir al-Sham, which includes the group formerly known as the Jabhat Fatah al-Sham, as an existential threat. The stronger it grows and the more groups it absorbs, the better protected Tahrir al-Sham will be from US air strikes and the more influence it will have over all of the rebel groups, limiting those groups in their ability to cooperate with Western donors.

Only last month, at least 95 people were killed in the Eastern Ghouta near Damascus as a result of clashes between Saudi-backed Jaish al-Islam and Qatari-backed Failaq al-Rahman. The incident came after fighting between the two groups for more than a year which has helped regime forces advance into the area.

Currently, local dynamics across Syria do not suggest that large-scale infighting is imminent. However, continued regime attacks paired with the inability of either side of the war to win militarily means that occasional skirmishes, like those in Eastern Ghouta, will continue to take place.

Moreover, this tension will hinder the cooperation among rebel groups, yet again benefitting their enemies. This was clear on 20 June when Failaq al-Rahman rejected an offer from Jaish al-Islam to assist them against an ongoing regime attack on their areas.

“Although this crisis has not yet led to direct clashes among armed groups, it will further divide and fragment these groups which will negatively hinder their joint operations against the regime. It will also give the competing Tahrir al-Sham alliance more space to manoeuvre and gain power,” said Obaydah Amer, a political editor at the Midan website.

Over the course of the war, there has been a clear division of influence geographically among regional backers supporting rebel groups and the Gulf rift will deepen these geographical divisions.

Saudi Arabia, UAE and Jordan have focused on supporting rebel groups in southern Syria through the CIA operations room in Jordan. Qatar along with Turkey, which strongly supports Qatar in the Gulf crisis and is also believed to be backing like-minded factions in Syria, have directed their support to groups in the north.

“It will likely strengthen the areas of influence geographically. The influence of Qatar and Turkey will largely be limited to the north while the sway of Saudi, UAE and Jordan will be constrained to the south,” said Syrian Journalist Manhal Barish.

Adding to rebel concerns, the rift has also nudged Syrian Kurdish forces closer to Saudi and the UAE which may further complicate the conflict dynamics.

As a result, rumours spread that perhaps the Emiratis – and maybe the Saudis – were supporting the Syrian Kurds to use them to pressure Qatar’s ally Turkey which views the Syrian Kurdish forces as a national threat because of their affiliation with the outlawed Kurdistan Workers' Party (PKK).

Given the proxy nature of the Syrian conflict, it is inevitable that the Gulf crisis will impact relations between rebel groups. But just how much depends largely on how long the rift lasts and how it ends.

Until then, the best option for Syrian rebels is to remain neutral and hope that it will end soon with minimal damage.

Photo: In February 2017, rebel fighters, part of the Turkey-backed Euphrates Shield alliance, advance towards the city of Al-Bab, about 30 kilometres from Aleppo (AFP) 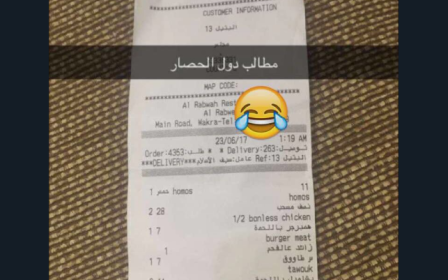 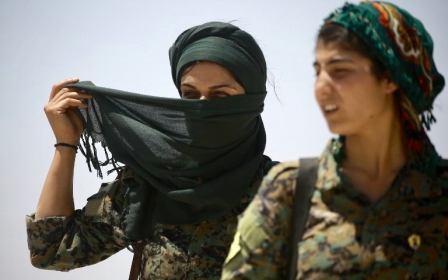 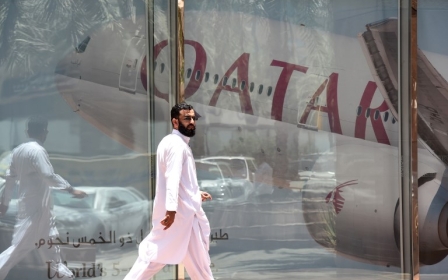