Hannah Porter
In the wake of tensions between the former adversaries-turned-allies, the former president appears to be signalling that he's ready to negotiate with his enemies. Or will this just lead to more fighting? 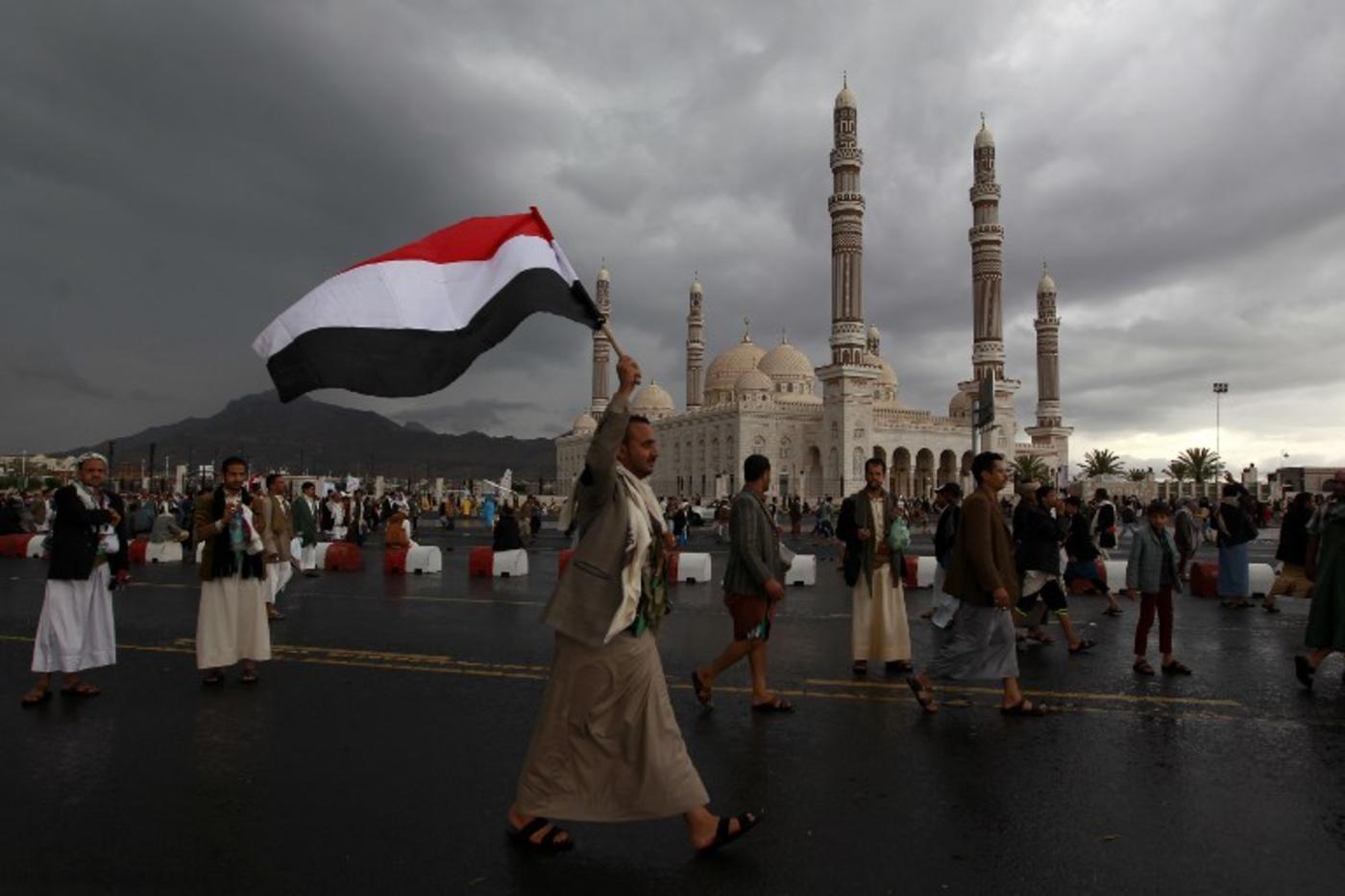 A tenuous alliance between Yemen’s former president Ali Abdullah Saleh and the Zaidi Shia Houthi movement appears to be in danger of collapsing after accusations were traded in televised speeches over the weekend.

Tensions between the partners come days before scheduled demonstrations, which will mark 35 years since the establishment of Saleh’s General People’s Congress (GPC).

Saleh, who was overthrown in the wave of Arab revolutions in 2012, and his former adversaries, north Yemen’s Houthis, took control of the capital Sanaa in 2014, causing President Abd Rabbuh Mansour Hadi to flee. In July 2016, the Houthis and Saleh’s GPC formed a governing council that has failed to earn any international recognition.

Responses from the General People's Congress, the Houthis, and regional players after Thursday’s demonstrations could tell us a great deal about the fate of Yemen’s major players

Although tensions were known to have existed between the allies, this week has seen a sudden public display of grievances that could mean major changes for the country’s conflict.

On Saturday, Abdel Malek al-Houthi, the leader of the eponymous movement, launched nameless but harsh accusations against Saleh, implying that he is colluding with the Saudis and that the Houthis have been “receiving stabs in the back...even from partners". He added that some actors are split, “with one leg in Yemen and one leg elsewhere".

Al-Houthi repeatedly emphasised the importance of unity, stating that the enemy is “making every effort to sow internal divisions in order to achieve a victory that they have been unable to achieve". He concluded the speech by saying his movement’s supporters “are people of peace and Islam, but not of surrender".

Several Houthi supporters have also reportedly accused Saleh of conspiring with members of the Saudi-led coalition.

Saleh responded the following day in a speech given to a room full of supporters. Ever the skilled politician, he offered an olive branch to the Houthis while gently shifting the blame onto them for months of unpaid salaries and an absence of public funds.

Saleh also chastised them for maintaining their Supreme Revolutionary Council, which was supposed to be dissolved after the formation of the Houthi-GPC Supreme Political Council last year, but has continued to oversee the latter’s initiatives.

“If you want us to remain with you in a partnership running the country, then there is no harm in that. If it is within the framework of the constitution and the law, we are happy [to stay],” Saleh explained matter-of-factly but not at all genuinely. “If you want to return to ruling by yourselves, then we will withdraw and there will be no trouble between us.”

While al-Houthi’s speech came across as forced and dispassionate, Saleh appeared confident and in control. The weekend’s altercation may ultimately have worked in the former president’s favour.

What this means for the conflict

Saleh’s criticism of the Houthis may be more than an expression of internal divisions. He appears to be signalling to exiled president (and his former vice president) Hadi, the Saudis, and his own supporters in the UAE, that he is prepared to negotiate. Although Saleh’s speech called for unity in the face of the enemy, he did not criticise or even mention Saudi Arabia a single time.

Although Saleh’s speech called for unity in the face of the enemy, he did not criticise or even mention Saudi Arabia a single time

Before Saleh took the stage on Sunday, posters depicting him and promoting Thursday’s GPC event were defaced, presumably by Houthi supporters. The following day, it was rumoured that clashes broke out between Saleh and Houthi forces, supposedly over the shredded posters.

One of the more notable posters promoting the demonstrations reads, “Yes to nonpartisanship and centrism, to an independent national resolution, to the modern Yemeni state.” It features a picture of Saleh handing Yemen’s flag to Hadi during the latter’s inauguration of 2012, a seemingly bizarre and contradictory choice for the man who later helped carry out the coup against his successor.

According to Ali Mohsen Hamid, Yemeni columnist and former Arab League ambassador, the poster “could be a message that he will come to a middle ground with Hadi and his outside backers. Saudi Arabia is ready to deal with him more than his ally [the Houthis]”.

Hamid added that this poster was also intended as a provocation of the Houthis, who are understandably threatened by the prospect of Thursday’s demonstrations. They see the event as a show of support for Saleh and his party, but not for them. According to some outlets, the Houthis are planning to launch demonstrations of their own at the same time.

The partnership between the Houthis and Saleh was certainly one of convenience and news of tensions in their camp is hardly surprising. However, a possible split within the Houthi-Saleh camp would be a major development in the conflict.

According to a former member of the Houthi movement who asked to remain anonymous, “the division between [the Houthis and Saleh] was inevitable and expected. If it leads to clashes, it will be catastrophic for Sanaa...There is no doubt that a split between them could cause a sudden internal war that will have repercussions for the wider conflict if Saleh and the Houthis’ adversaries exploit it. This is what the two players are trying to avoid.”

The ousted president and Abdel Malek al-Houthi have been natural allies throughout the two and a half year war thanks to finding a common enemy in Hadi and the Saudis. Before Yemen’s revolution, their relationship was quite the opposite. Between 2002 and 2010, then president Saleh waged six wars on the Houthis’ home base in north Yemen’s Saada. Hundreds of thousands of civilians were displaced as a result of the fighting.

The total number of casualties from this conflict is still unknown and estimates range between a thousand and tens of thousands. Among those killed by Saleh’s forces was Hussein Badreddin al-Houthi, Abdel Malek’s brother and the movement’s former leader.

What this means for Yemen

There is no telling if an additional fracture in Yemen’s warring parties will signal an opportunity for negotiations, or if it would simply doom the country to intensified fighting.

According to leaked emails uncovered by Middle East Eye, Saudi defence minister and crown prince Mohammad bin Salman “wants out of Yemen”. This is a hopeful sign, but the kingdom may still insist on the preconditions of Houthi disarmament and withdrawal before ending the war.

Furthermore, the Saudis may see their adversaries' internal disputes as a sign that they are close to victory, causing them to believe that the coalition simply needs to push ahead until the divided forces surrender.

The anonymous Houthi affiliate says that, regardless of the ultimate outcome, “it is now a delicate situation for everyone,” adding that “it is expected that the coming phase will witness a number of assassinations [by Saleh and Hadi forces].”

Responses from the GPC, the Houthis, and regional players following Thursday’s demonstrations could tell us a great deal about the fate of Yemen’s major players and what is in store for the conflict.

- Hannah Porter is an independent researcher and journalist focused on Yemen and the Gulf. She is also a Master's student at the University of Chicago's Center for Middle Eastern Studies.

Photo: Back in August 2016, Yemeni supporters of former president Ali Abdullah Saleh and of the Houthis rallied together in Sanaa. (AFP) 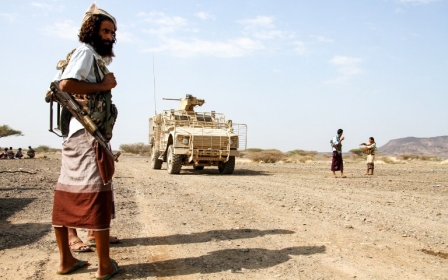