How Iranian strikes against Islamic State have strengthened Tehran 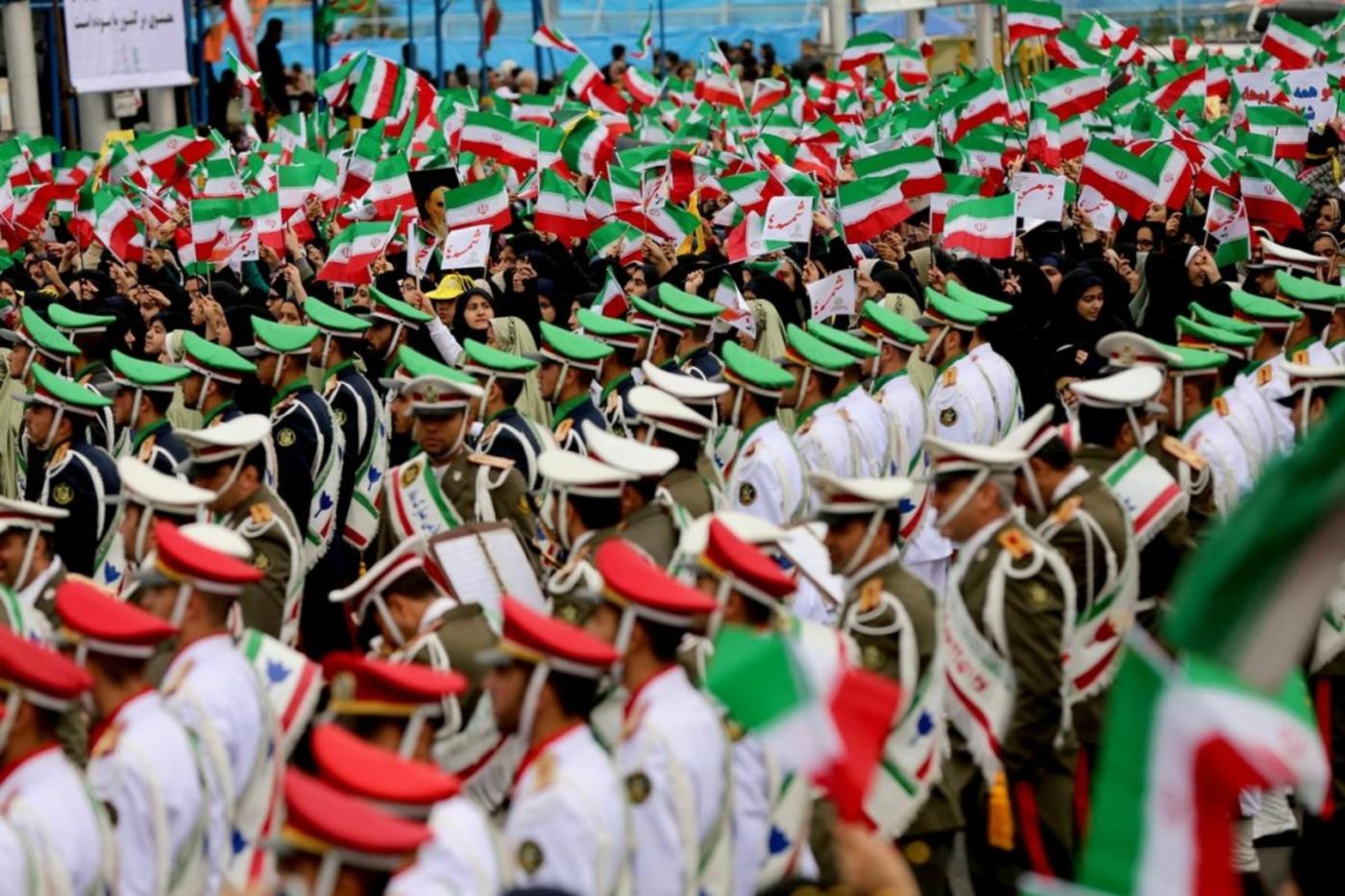 The expansion by IS across Iraq last summer caused consternation in neighbouring Iran. Iranian state media sought to play down the threat, reassuring the public that the Iraqi military was countering the militant group. In reality, the government and its paramilitary forces – the Revolutionary Guards – saw IS as a grave and growing threat, right in Iran's backyard.

Fast forward several months and the militants control vast amounts of territory in Iraq. But Iran is in a different position. It is no longer trying to downplay IS’s presence on its doorstep. Instead, Tehran has transformed the challenge into an opportunity, by meeting Baghdad’s need for ground assistance in the fight against IS while simaltaneously cementing its influence and control over its neighbor.

No one seems to have done this as effectively as the Revolutionary Guards’ elite Quds Force commander, General Qassem Soleimani. Soleimani has carried out an extensive PR campaign. Photos of the general posing with everyone from Iraqi fighters to members of the Kurdish, Sunni and Shiite communities would make for a long Tumblr page.

This campaign aims to reassure Iranians that their government has everything under control, and that the instability in Iraq does not threaten their own security.

Iraqi stability is an important concern for Iranians, many of whom remember the devastating Iran-Iraq War in the 1980s. For many, the war confirmed that Iran couldn't count on anyone but itself to ensure the security of its borders.

The campaign also aims to deter IS, by showing that top Iranian commanders and elite forces are present in Iraq. They are prepared to use whatever means necessary to counter the threat – a necessary show of muscle given the limits of Western intervention. IS can’t be defeated with just airstrikes, and that is all the West seems prepared to do. The coalition needs local support. Most importantly, it must be prepared to send in large numbers of ground forces for a long time. Only Iran is both able and willing to do this.

Soleimani’s campaign also serves another purpose: to show the US-led international coalition that Tehran is on top of things. Iran has weapons and intelligence. Most importantly, it has boots on the ground. These forces know Iraq and Iraqis of all backgrounds better than the West.

Soleimani’s campaign demonstrates that Iran doesn’t need an international coalition to secure its neighborhood. The West, on the other hand, needs Iran if it wants to “degrade and ultimately destroy” IS, as President Obama put it.

While Iran was dumbfounded in the summer by the fast progression of IS in Iraq and Baghdad’s inability to respond effectively, it is now confidently controlling the situation, using the conflict to showcase its power.

Iran has suffered minimal casualties in Iraq and the threat is largely under control. In exchange, it has received the gratitude of the Iraqi people, many of whom feel they owe their security in part to the Islamic Republic. The president of the Iraqi Kurdistan Region, Masoud Barzani, said Tehran was the first country to supply weapons to his men when the conflict with ISIS broke out. This was while the West was still debating what to do to tackle ISIS.

Iran now sends two to three military aircrafts a day filled with weapons and ammunition to Baghdad. The assistance, worth $10m in the past year, was confirmed by former Iraqi Shiite militia leader, Jamal Jaafar. Soleimani and his men have rallied Shiite militias in the fight against IS, significantly bolstering their numbers. Following their initial inability to stop the spread of the militant group, Iran helped organize the Iraqi security forces, including integrating the expanded Shiite militias.

As a result, Iranian influence in Iraq is high. But this carries a risk. If Iran pushes the Shiite agenda too strongly, it risks further splitting Iraq, which it wants to avoid. This is why Tehran was initially reluctant to publicize its presence in Iraq. The conflict is already viewed as a sectarian one; significant Iranian involvement would only add fuel to the fire. But Iran had to balance the costs of becoming embroiled in a sectarian conflict with the need to contain IS.

International efforts to weaken the group, as well as Tehran’s own operations, have helped the situation. As a result, Iran doesn’t feel the need to hide its presence in Iraq. But it engages in a way that highlights its cooperation with all three major stakeholders: Kurdish, Shiite and Sunni.

The last few months have shown that Tehran is quick to adapt its strategy in order to respond effectively to threats. After initial hesitation, Iran was the only country willing to devote ground forces in Iraq, in addition to assistance and airstrikes. This effectively secures Iranian influence in its neighboring country. Today, the international coalition can no longer ignore Tehran in its fight against IS.

- Dina Esfandiary is a McArthur Fellow at the Centre for Science and Security Studies, King’s College London. Ariane Tabatabai is a Visiting Assistant Professor in the Security Studies Program, at the Georgetown University School of Foreign Service and an associate at the Harvard Kennedy School’s Belfer Center for Science and International Affairs. They are co-authors of a new article, ‘Iran’s ISIS Policy’, in the January issue of International Affairs, the Chatham House journal.

Photo: Iranian soldiers are seen during the celebrations of the 36th anniversary of the Islamic Revolution in Tehran's Azadi Square on 11 February, 2015.(AA)