How Iran’s economy will look after 'Implementation Day'

Kourosh Ziabari
If the nuclear deal is respected, the re-emergence of Iran can become an economic force coveted by international investors 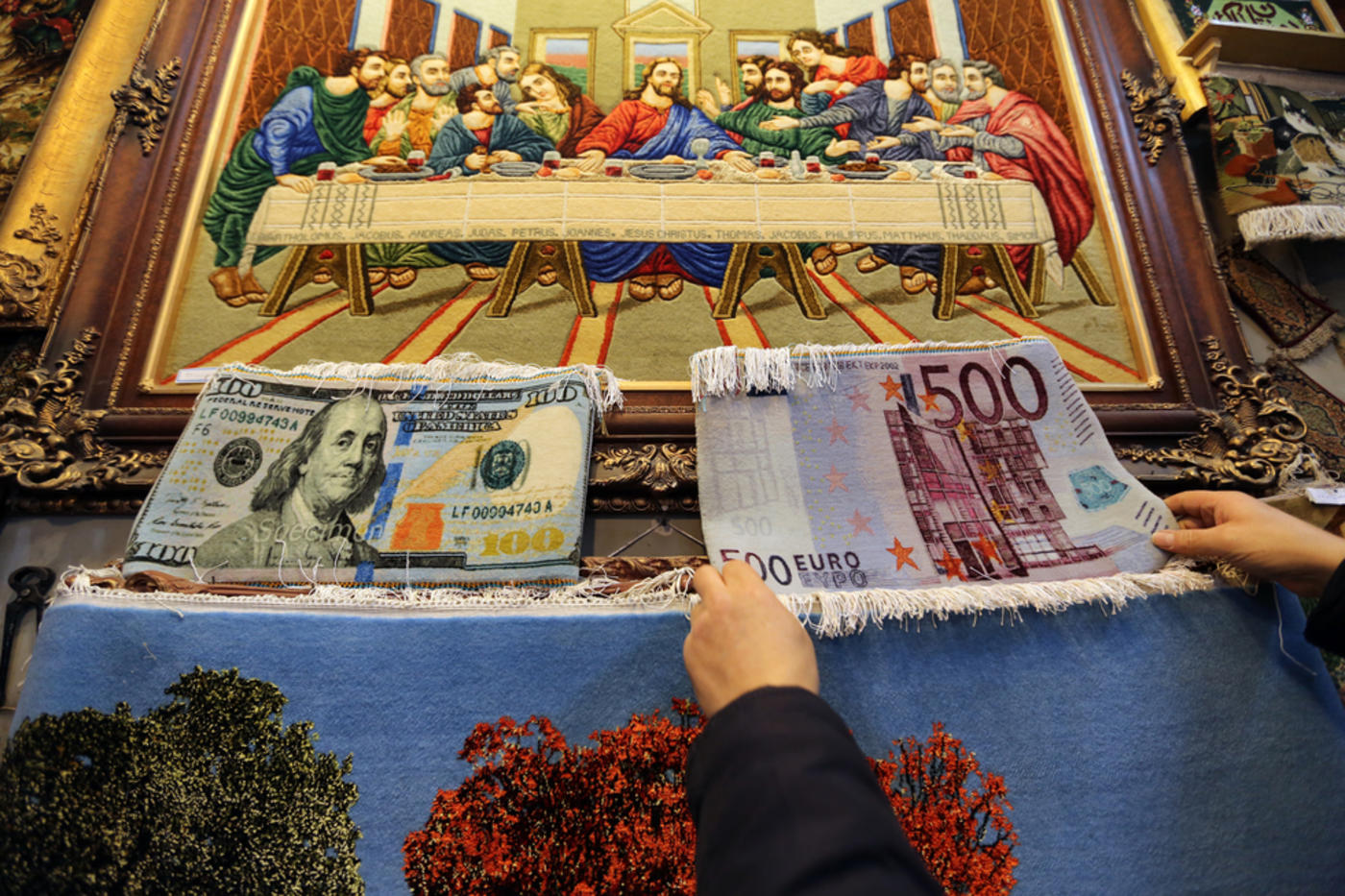 Iran has complied with all of its technical commitments under the comprehensive deal it struck with the six world powers in July 2015 to curb certain aspects of its nuclear programme in return for sanctions relief. As a result as much as $100 billion will pour into its scrambled economy and pave the way for more to come.

It has shipped out 11,000 kilograms of its enriched uranium to Russia, reduced the number of its spinning centrifuges to reach the permitted limit of 6,105 active units, and dismantled the core of the heavy water reactor in the city of Arak and filled it with cement.

Now, with the verification of the International Atomic Energy Agency (IAEA) director general Yukiya Amano and the official announcement of the “implementation day” that took place late on Saturday in Vienna, it can be boldly asserted that Iran has inaugurated a new chapter of rejuvenated relations with the international community and moved towards restoring its position as a principal economic powerhouse in the Middle East.

The much-anticipated termination of the sanctions will uplift Iran’s trade ties with the world and ensure that more than a decade of its political and economic isolation has at last come to a closure.

Subsequent to the announcement of the implementation day at the IAEA headquarters in Vienna on 16 January by Iranian Foreign Minister Javad Zarif and the EU foreign policy chief Federica Mogherini, the United States and the European Union have ceased the application of nuclear-related economic, banking, financial and energy sanctions they had imposed on Iran for some 12 years.

The elimination of these disconcerting punitive measures means that Iran should brace for a revolutionary transformation of its dilapidated economy.

The sanctions, described time and again as the most stringent economic restrictions on a sovereign country in recent history, wounded Iran’s oil-dependent economy by cutting its oil exports to about 1 million barrels per day in 2013 from 2.5 million barrels per day in 2011, causing a 55 percent decline in the country’s petroleum income and sending the national currency, the rial, into a dramatic nosedive.

Iran has usually been a tempting market for the international investors in different sectors. It has a population of more than 80 million, which means a comparable number of potential customers, the greater part of whom receive or have received tertiary education and do well in a number of developmental indicators.

According to the UN Human Development Report 2015, Iran is categorised as a nation enjoying “high human development,” placed above such key rivals as Turkey, Mexico, Brazil, Ukraine, China, South Africa, India and Egypt. The index is predicated on components such as life expectancy at birth, expected years of schooling, mean years of schooling and Gross National Income per capita.

Iran’s educated public is highly technologically sophisticated, as the country ranks 25th in the world in terms of the population's internet use. It is the 13th country by the number of mobile phones in use – it is claimed that half of Iranian citizens own smartphones and are connected to at least one social media platform.

Being aware of the indispensable capacities of Iran as a dynamic, vibrant and young society with a fertile ground for technological and economic advancement, several countries have already set off to win the lion’s share of its market in the post-sanctions period, when there would be few or no checks on doing trade and business with Iran.

Mehdi Jahangiri, the first vice-chairman of the Tehran Chamber of Commerce, Industries, Mines and Agriculture, recently noted in remarks during a meeting with local traders in Tehran that following the July 2015 announcement of the conclusion of the nuclear deal, 145 foreign delegations, comprising 3,763 businesspeople from nearly 50 countries, flocked to Iran to negotiate the beginning or resumption of trade connections.

There are a number of global powers restlessly expecting to avail themselves of the new opening to engage in long-term business with Iran in a period of economic normalisation.

Prior to the imposition of the most virulent sanctions on the Persian Gulf nation in 2012, which mostly hit its oil and gas sector, Iran was the world’s 13th largest economy, with an all-time high GDP of $576 billion in 2011. It experienced staggering recession after the EU’s oil embargo, and is now predicted to rise phenomenally from the ashes of isolation, featuring itself as the “world’s last major frontier market” opening up in 2016.

CNN’s John Defterios brands Iran the “Germany of the Middle East,” and the real Germany is one of the EU powers that eagerly look forward to new economic, business exchanges with Iran.

Shortly after the announcement of the nuclear deal in July 2015, Germany sent a large delegation of businesspeople to Iran headed by the vice-chancellor, the Minister for Economic Affairs and Energy Sigmar Gabriel, seeking to boost ties with a traditional partner in the Middle East.

The German minister brought 60 business representatives to Iran only five days after the Joint Comprehensive Plan of Action was signed in Vienna.

“We want to prepare the resumption of economic contacts with Iran, which were traditionally good,” he said at the time, predicting that the sanctions on Iran could be lifted in the first quarter of 2016; however, he might not have been able to anticipate the speed with which Iran would meet its non-proliferation obligations and the lifting of sanctions.

Even under the sanctions, German companies operated 80 subsidiaries in Iran, while Deutsche Welle estimated that 1,000 German firms run representative offices there.

France was among the other countries that rushed to court Iranian business in the post-deal period. On September 21, 2015, the representatives of MEDEF, the largest employer federation in France, comprising about 130 firms including top companies such as Total and Peugeot, travelled to Tehran to encourage future trade deals with the country.

Thibault de Silguy, vice-president of MEDEF, had lamented prior to arriving in Iran that France simply fell behind the other Asian and European countries vying for Iran’s lucrative market and needed to “make up the lost ground”.

The French delegation that travelled to Iran was led by Agriculture Minister Stephane Le Foll and Trade Minister Matthias Fekl, who opened a large trade office in Tehran, the first-of-its-kind foreign bureau in the Iranian capital shunned by international investors for more than a decade.

Belgium, Britain, Italy, Luxembourg, the Netherlands, Norway, Poland, Serbia, Spain, Sweden and Switzerland were among the other countries that dispatched large trade teams to Iran in the aftermath of the nuclear deal.

Mir Aboutaleb Badri, the deputy chief of the Trade Promotion Organisation (TPO) of Iran, said in an interview with local news agencies that the largest trade delegation was sent by the Italian government, a group that consisted of 360 businesspeople from different sectors.

The second-largest group was Austria’s 300-member delegation, headed by President Heinz Fischer, who travelled to Iran in September 2015, becoming the first European head of state to visit the country in more than a decade.

What lies ahead for Iran in this new era is unquestionably a huge leap toward reintegration into the global economy and the utilisation of unprecedented opportunities for robust, unimpeded trade with the outside world that simply seemed an insurmountable impossibility some four or five years ago.

Both Iran and its trade partners will immensely benefit from interaction and collaboration no longer affected by the spectre of sanctions that can bring a nation to its knees.

Iran has said it will be buying 500 civilian passenger aircraft in the next 10 years. The Transport Minister Abbas Akhoundi has just announced that Iran has reached an agreement with the European consortium Airbus to buy 114 modern airbus planes for the country’s flag carrier airline Iran Air.

Over the past years, hundreds of Iranian civilians were killed in dreadful air accidents mostly caused by the technical problems of an aging fleet of aircraft purchased in early 1970s and 1968s. Besieged by the sanctions, Iran has not been able to purchase any new aircraft for at least two decades, and every flight with an Iranian airliner emerges as a life-and-death challenge for the passengers.

Iran’s Ministry of Petroleum has also unveiled a new model of contracts to attract international oil companies to invest in its upstream oil and gas projects.

Iran is poised to absorb as much as $200 billion worth of investment in the exploration and development of its oil and gas fields, as well as production activities, most of which would be undertaken by the foreign firms.

The contract model, known as the Iran Petroleum Contract – introduced to the representatives of international energy companies attending a conference in Tehran in November 2015 – is described as a huge improvement on the old model of a buyback system, and boasts many flexible provisions to lure foreign firms into returning to Iran’s energy market confidently and investing in its upstream projects, assured that their capital would not be squandered and their interests would be taken note of.

Prior to the introduction of sanctions, companies as LukOil, British Petroleum, Royal Dutch Shell, Statoil, Eni, Repsol, Petronas, Total, OMV and Gazprom played a big role in Iran’s energy projects, but most of them pulled out of the country in 2012, prompting a convulsive collapse of Iran’s energy industry.

Now, if Iran and the P5+1 (China, France, Russia, the UK, the United States and Germany) remain faithful to the product of more than two years of talks they spearheaded, and refrain from provocations that undermine the spirit of the Joint Comprehensive Plan of Action agreed with Iran, and the goodwill invested on it, what we should expect is the re-emergence of Iran as a leading economic force coveted by international investors.

We can also expect a shake-up in the global oil markets and a U-turn in Iran’s foreign relations; a shift which will be celebrated by ambitious young Iranians on the streets of Tehran, Shiraz, Isfahan, Mashhad, Tabriz and elsewhere, who had lost their professional, career, academic and personal aspirations amidst the torrent of sanctions and the corrosive enmity between Iran, the United States and other members of the community of nations. 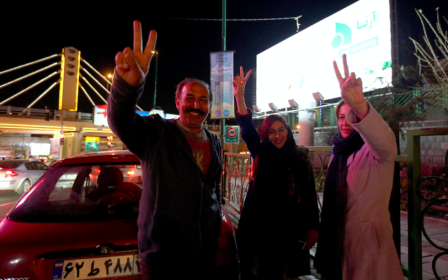 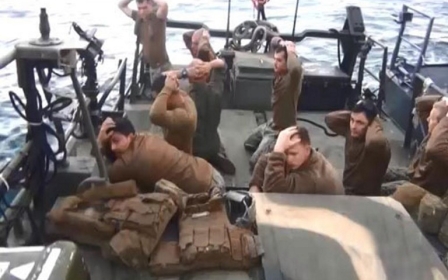 Inside Iran
By seizing US sailors, Iran's guards send message home and to the West
Mahan Abedin