I still can't make sense of the senseless Paris attacks

Valentine Maury
What does that say about us in France, when people my age are joining the ranks of an organisation like the Islamic State? 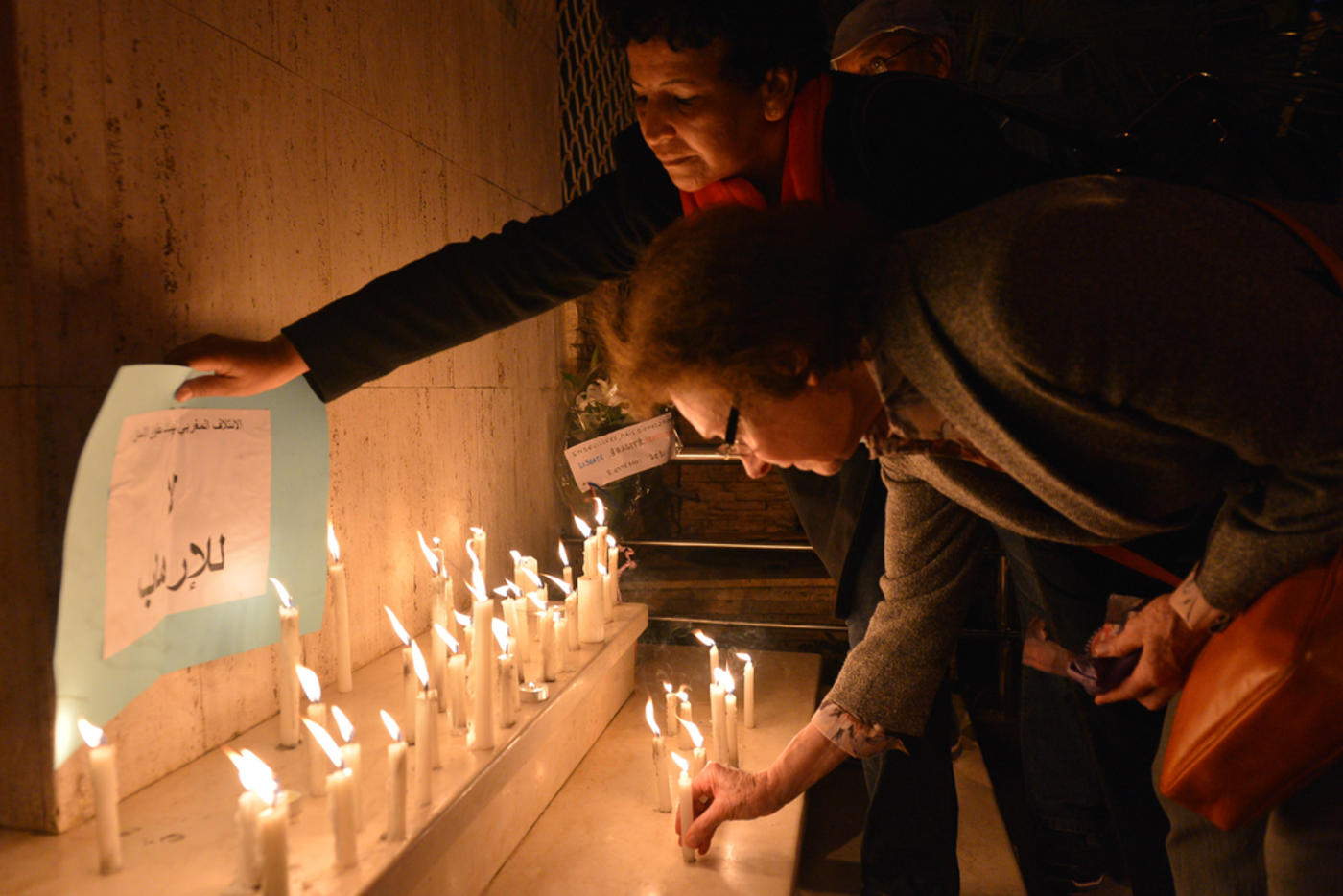 A week has passed since the shocking Paris attacks last Friday and it is still hard for me to make sense of what happened in my capital. What I feel certain about, however, is that in order to prevent similar events, we need more dialogue and understanding.

It was the end of the France-Germany football game. I was enjoying a glass of wine and watching the game with my mom in our living room while my sister and father watched from the sidelines of the Stade de France. However, unexpectedly, at the end of the game the customary news conference on the match was cancelled, a TV anchor told the viewers, because of the events happening in Paris. My mum and I looked at each other: what events? Quickly, I found bits of information here and there on social media: "60 people were killed next to Republique", "Attacks with rifles". Then on television, a special news bulletin came on, and so it started.

There were reports of suicide bombings in the stadium and we called my sister and my father. No one answered. On TV, we saw people stranded at the Stade and they seemed OK, but still, we were worried: what to do in this situation? Then the horror kicked in – there were hostages in the Bataclan, dead bodies everywhere next to République, on the terraces of little cafes. Our phones rang. Family members and friends checked on us, everyone sounded very alarmed. I checked Facebook for my friends, but I still panicked about my dad and my sister. We still didn’t know whether they were safe or not.

Like most Parisians, I did not sleep much that night. My sister and father finally called back – they were safe and didn’t know, as they left the stadium immediately - what had actually happened. Overnight, I stay glued to the news, finding the reports that have come into my living room, my life-long home in Paris, hard to believe. I can't stop searching for information, hoping it can make sense of what has happened. Suicide bombings here, gun attacks there, a hostage situation with suicide bombers? Is the hostage situation over? Bloodied people, civilians crying on air, experts on terrorism. It seems like it will never stop.

One image sticks in my mind. A journalist from Le Monde was outside the Bataclan as a crowd of people rushes out, running over corpses laying on the street. Some of the bodies on the pavement are still moving. "What is happening?" he screamed. That is the question that haunted me that evening, the morning after, and still even now.

In the days that have passed, we have all coped in our different ways. On Saturday morning, some people strolled in the streets defiantly while others paid tributes to the dead and the injured, and the doctors and everyday heroes that cared for them.

I stayed inside, reporting what was happening and staring at the television. I knew I shouldn’t be afraid to go outside, that terrorism, as they say, should not win, but I preferred the safe haven of the living room. Here, hours after the attacks, I learned from our president that the Islamic State was responsible for the bloodshed.

The Islamic State, to many of my friends, even to me, is the group had always seemed far away and not a threat to Europe, except for these mysterious young men and women joining their ranks. But now, they are organised enough to carry out the deadliest attack on French soil in years. Their young members are ready to blow themselves up and kill dozens in the blink of an eye.

What does that say about us in France, when people my age are joining the ranks of an organisation like that? And that they chose largely to target places where young people like us – most of us anti-war lefties who have never known war – hang out. The airstrikes our country had carried out in the name of our nation, without our approval, has now fallen on our heads.

I went to a bar on Sunday evening to meet up my friends, to try to go back to a classic weekend habit and to stop thinking. Despite our attempts to have fun, we felt a sense of threat and we couldn't stop talking about the attacks. Any unknown noises make us jump and, in the middle of our drinks, we receive a phone call from a friend who says there is another shooting in the city. It turns out to be one of many false alarms of the next week.

I have lived in Paris all of my life and, although I wasn’t as star struck as tourists, I understood that the world saw our city as a symbol of love – the Eiffel Tower, the cafes, the wine, the baguettes and the cigarettes. But now for the first time, I see that our city for some is also a symbol of condemnable government decisions, interventionism, racism, rejection, capitalism and embodies a city full of vices and evil deeds.

Messages of support have poured in. It helps a lot, all this love balances the terror somehow. But there is something disturbing as well. I have friends in the Middle East and Africa, and they do not receive an international outpouring when their everyday horrors occur.

As the parks and terraces start to fill up again, it seemed at first that many Parisians would respond to these attacks with dignity and compassion. But many of these initial reactions have been overshadowed by those, who learning that attackers were Muslims, have vandalised mosques. And now there is doubt in my mind that our city of love will provide safe shelter to our Muslim community, to refugees and to any group that faces discrimination.

The fact that no one can make sense of what drove the assailants to attack shows that we need more tolerance and dialogue to deter violence. France must continue to carry on integrating all the members of our society, and the government should listen more closely to its citizens, from all backgrounds and faiths. But will this happen? I am sceptical. I am afraid of the sharp noises, false alarms and, most of all, about what is to come.

-Valentine Maury is Social Media Coordinator at Middle East Eye. She is a recent graduate of City University. Follow her on Twitter: @Val_Mry

Photo: A woman lays a placard reading in Arabic "No to terrorism" during a candlelight vigil outside the French consulate in the Moroccan capital Rabat on 15 November, 2015, in solidarity with the victims of coordinated attacks in Paris (AFP). 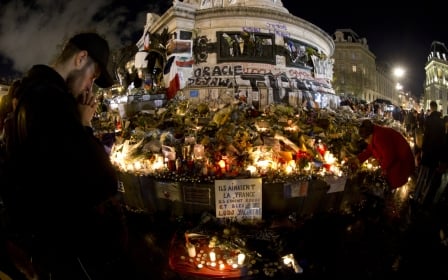