Joe Gill
Middle East governments condemn the US president for his violent repression of a domestic uprising. It couldn't happen - or could it? 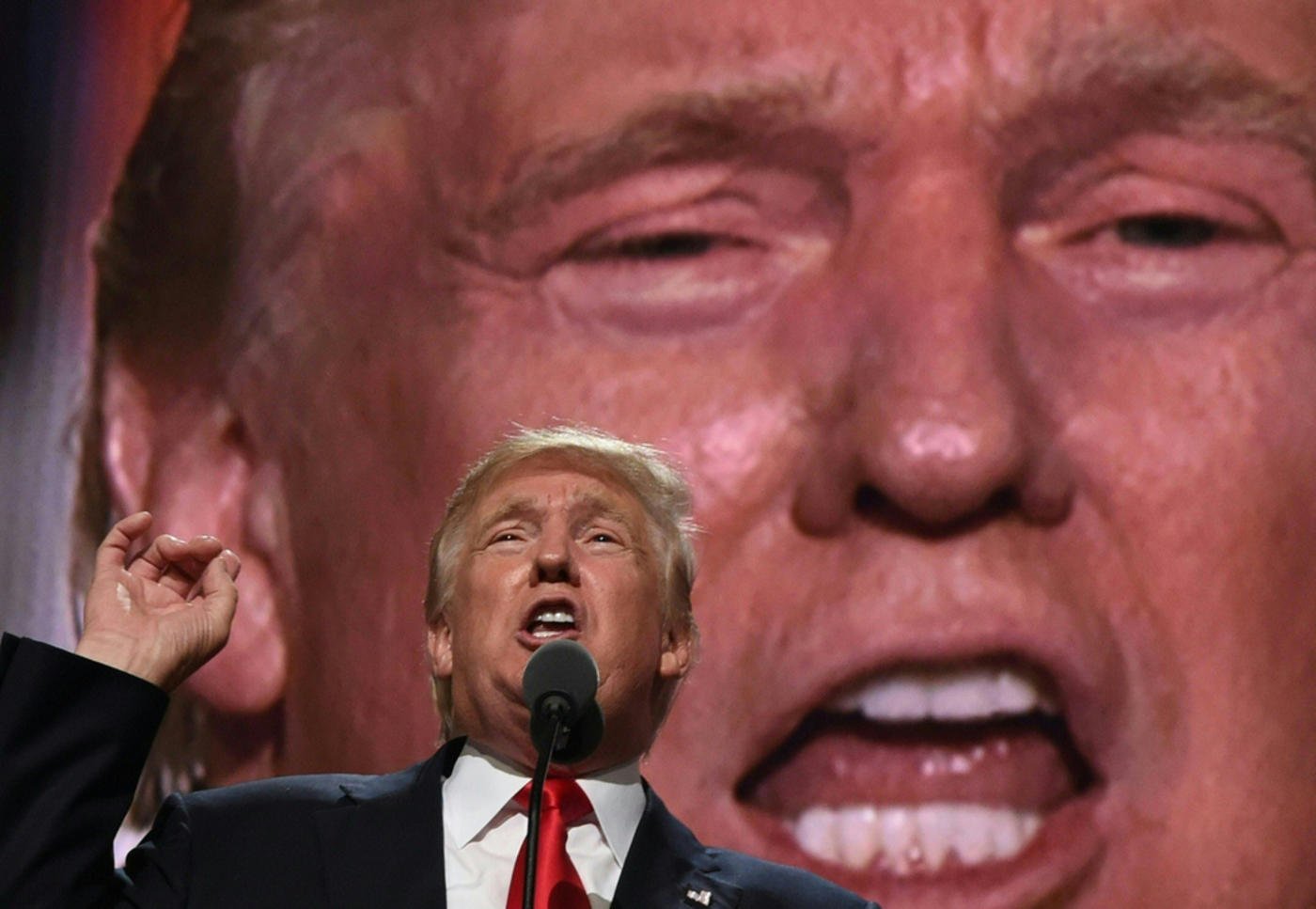 NEW YORK, 2018 - When US President Donald Trump stood up at the UN Security Council and accused various countries of waging a campaign of terrorism against America, several delegations walked out in protest.

“Who can take America seriously when for so long they accused us of every wrongdoing and conspired against us. Now they act like tyrants and want us to side with them!” said Turkey’s president in response. Meanwhile, thousands marched through Tehran protesting against America's brutal crackdown.

'Who can take America seriously when for so long they accused us of every wrongdoing and conspire against us?'

But among those who remained seated in solidarity with the US were the delegations of Russia, Israel, and Syria, all of which had been enjoying the spectacle of America’s violent civil crisis with special glee.

After years during which America and its allies were the ones accusing Russia of supporting dictatorship and committing war crimes, it is a strange sight indeed to see the tables turned in this way.

Since his presidency began in 2017, Trump has faced a growing protest movement against his harsh policies toward Muslims, the Black Lives Matter movement and migrants of all hues. In response, he has used emergency powers and sent military-style police to crack down on the unrest.

White pro-Trump militias have taken to the streets of several towns and cities, with a huge spike in Islamophobic and anti-Mexican attacks causing terror in minority communities, much of it blamed on Trump’s polarising rhetoric.

Now it appears that a line has been crossed and some protesters have met state violence and racist abuse by taking up arms. The recent ambushes of police in Miami and Kansas City have polarised the nation, with Trump’s spokesman Howard Stern calling for internment of all potential "terrorists," while liberals are describing the Trump presidency as a "fascist regime". Helicopter gunships are now flying low over urban areas, and tanks are patrolling the streets.

President Trump: It's a foreign conspiracy

With the death toll rising, Trump has blamed the violence on Muslim extremists and foreign powers. He presented the UN with documentation claiming that money and weapons were pouring into the country to foment a violent uprising. Many have dismissed this as typical Trump conspiracy and fabrication.

Since the peaceful protest movement against Trump was met with the brute force of a police state, the US has faced the kind of civil conflict and accusations of repression that we used to associate with the Middle East.

'When an American policeman kills a terrorist, do the people he is protecting complain about human rights?'

Still, he can take solace from the sympathy he is receiving from the same region. So far, he has had support from a number of states that are used to being accused of similar violations by human rights groups: Egypt, Syria, Israel and Russia have all supported Trump on the grounds of national sovereignty and the fight against terrorism.

“Now Americans can feel what it’s like to be an Israeli faced with terror attacks every day. When an American policeman kills a terrorist, do the people he is protecting complain about human rights?” the Israeli prime minister asked the UN assembly rhetorically. Trump visibly nodded.

“As we've told our American colleagues all along, we must confront terrorism effectively and in a united fashion, or it will destroy our civilisation. Now America understands what Russia and other states have known for many years,” added the Russian foreign minister.

The Philippines president, known for his outrageous statements, said Trump "has seen what I did and copied it. The only way to deal with criminals is to wipe them out."

'The people want the fall of Trump'

However, the view from protesters outside the UN headquarters in New York was very different. Hundreds braved potential arrest or beatings to demand that delegates condemn Trump and the US police for the hundreds of killings that have taken place in various American cities during recent weeks. Sadly, the police presence in Manhattan was so all-pervasive that foreign leaders were oblivious to these brave voices.

Still, world opinion has moved against the American regime. The Twitter meme #thepeoplewantthefalloftrump is trending across the world, with public protests in London, Paris and several Middle East capitals in solidarity with America showing that the president is losing the international war of public opinion.

It seems that the American Spring, rather like the Arab one back in 2011, could turn into a long and bloody autumn

For now though, it seems that Trump will ride out international criticism from NGOs and the few foreign governments who have criticised the brutality of US police in the face of growing unrest. The UN secretary-general has made muted noises about “concerns over human rights violations” but has not condemned the atrocities and instead called for calm.

Recent history suggests that with a majority on the Security Council – only Britain’s new left-wing government has publicly condemned the violence and called for Trump to step down – the embattled president can sit it out.

The theme of a foreign conspiracy against the US is repeated endlessly on Fox and other right-wing media outlets, silencing criticism of the state’s violations. His former Democratic opponent Hillary Clinton, busy with her new Middle East peace consultancy, has said that Trump is "out of control" but that law and order have to be maintained.

It seems that the American Spring, rather like the Arab Spring back in 2011, could turn into a long and bloody autumn. And like that one, the world will have to decide whether to watch helplessly from afar or show real solidarity with a people demanding their freedom.

Joe Gill has lived and worked as a journalist in Oman, London, Venezuela and the US, for newspapers including Financial Times, Brand Republic, Morning Star and Middle East Eye. His Masters was in Politics of the World Economy at the London School of Economics.