Iran ponders its future in Syria

Mahan Abedin
Iran's support for the Syrian government is unflinching, but victory for its ally may not create the perfect regional outcome for Tehran 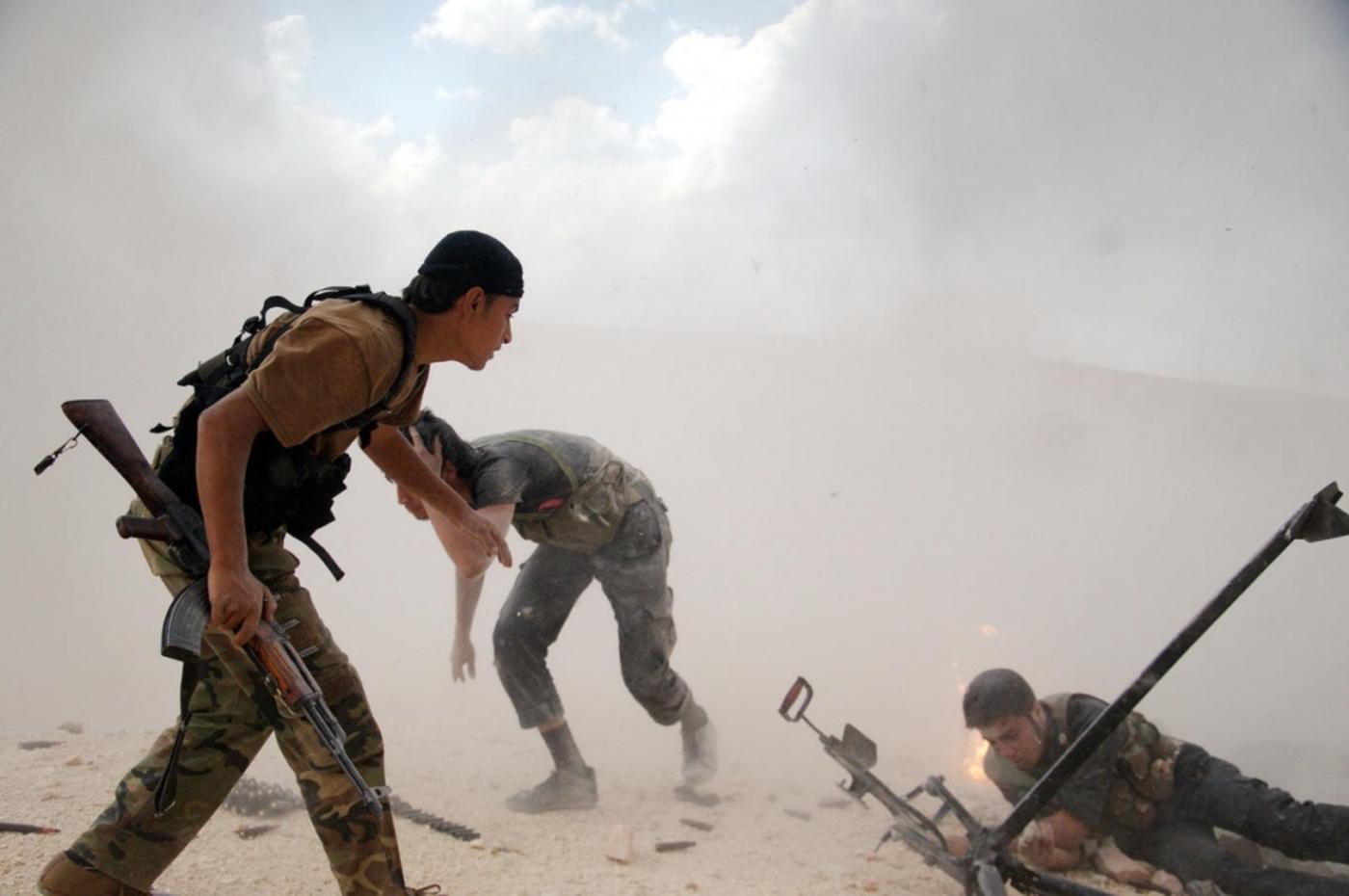 “Jarba does not know who to meet in his foreign meetings”, that was the dismissive reaction by Iranian Deputy Foreign Minister Hossein Amir-Abdollahian to news of a meeting last week between Ahmad Jarba, the head of the National Coalition for Syrian Revolutionary and Opposition Forces, and Maryam Rajavi, the leader of a notorious Iranian opposition group.

Rajavi, a self-appointed “president-elect” of the Iranian “resistance”, is a leader of the Mojahedin-e-Khalq, formerly proscribed as a terrorist organisation by the West and widely reviled by Iranians on account of the group’s two-decades old alliance with former Iraqi leader Saddam Hussein.

Jarba’s meeting with Rajavi is being widely seen in Tehran as a vindication of Iran’s Syria policy. By meeting Rajavi, whose group has killed over 17,000 Iranians since 1981, the Syrian opposition has sent an unmistakeable message of ill-will and hostility to Tehran. The meeting is also being interpreted as a sign of desperation on the part of the Syrian opposition who have been reduced to engaging with a discredited and exiled Iranian organisation.

It comes against the backdrop of significant Syrian government victories on the battlefield and the increasing realisation that the large-scale combat phase of the Syrian conflict may be heading to a conclusion. This is reinforced by Syrian government confidence in the political sphere as evidenced by its determined approach to next week’s presidential elections.

Nevertheless, despite these apparent successes, Iran is confronted with a daunting set of challenges in Syria. The last three years have seen a dramatic increase in Iranian involvement and influence in the country, an engagement that comes with a hefty financial, political and even human cost, as evidenced by the dozens of Iranian combatants who have been killed on Syrian battlefields.

Besides helping the Syrian government fight what is likely to amount to a long-term insurgency, Iran will have to politically manage and finance Hezbollah’s slow disengagement from the Syrian conflict and by extension the group’s full re-engagement with Lebanese politics.

In the past three years, Iran has displayed unflinching and full-fledged loyalty and support to the Syrian government. By stark contrast, the West has been consistently confused and half-hearted in its approach to the Syrian rebellion, largely for fear of empowering radicals and extremists in the disparate and divided opposition.

Three years into the conflict and Iranian officials are at pains to explain and justify this extraordinary level of support and commitment to an increasingly sceptical Iranian public. The usual refrain is that Syria by virtue of its critical role in the so-called axis of “resistance” is an irreplaceable plank of Iranian policy in the region.

Moreover, Iranian officials and pundits often cite the loyalty of Bashar al-Assad’s father (Hafez al-Assad) to Iran during the Iran-Iraq War of the 1980s. Syria’s pro-Iranian position undermined Arab consensus in favour of Saddam Hussein and was a major psychological boost to Iran’s war effort.

Sensitive to the shortcomings of these old arguments, Iranian propaganda is now increasingly focussed on the nature of Syria’s rebels, thus playing on widespread fears in Iran and the region of the extremists who dominate the armed groups. In this regard Tehran has transformed itself into a leading counter-terrorism force in the region; a clever ploy that not only works well regionally but has the potential of appealing to a Western audience in view of increasing concerns over European Muslims fighting on the Syrian battlefields.

Yet as the fighting rages Iranian strategists have to contend with two problems. On the domestic front, Iran’s military involvement risks alienating public opinion, especially as casualties continue to mount. Lack of reliable figures notwithstanding, it is believed that nearly 100 Iranians have been killed on the Syrian battlefields. Most of these men are veteran members of the Qods Force, the expeditionary branch of the Islamic Revolutionary Guards Corps (IRGC), and thus of high value and hard to replace. The latest Iranian casualty is veteran IRGC commander Haj Abdullah Eskandari, who is believed to have been killed near Damascus last week.

On the international front, and beyond the propaganda war, Iranian strategists have a tough time justifying direct military involvement to informed and engaged sections of global public opinion. To many neutral observers Iran risks aggravating the sectarian dimension of the Syrian conflict, partly by direct military involvement but more worryingly by creating the conditions for the entry of Shiite Muslim foreign fighters into combat zones.

Even as the large-scale combat phase of the Syrian conflict draws to a close, most analysts predict that it will evolve into an insurgency, particularly in the northern and eastern regions of Syria. By all credible accounts, Iran and its Hezbollah ally will continue to supply the Syrian government with finance, training, weapons and manpower.

Whilst Iran has the resources and the capacity to continue to support Syria more or less indefinitely, nonetheless the rapid transformation of Syria from Iranian ally to one of client state poses a broad set of conceptual, operational and strategic challenges to Iranian foreign policy.

At best, the notion of a “resistance” axis is severely undercut as the focus shifts from resisting Israel to maintaining political and strategic advantage in the Levant region. At worst, Iran risks getting deeply embroiled in a collection of local conflicts in Syria and Lebanon, with considerable human losses, which may provoke a backlash from the Iranian public.

In view of these challenging scenarios, Iranian strategists may well be re-thinking the functional and rhetorical attributes and benefits of the so-called “resistance” axis. Formed in the late 1980s and early 1990s this axis was primarily designed to apply pressure on Israel and to counterbalance US power and influence in the region. With US influence in the region on the wane and with Hamas having broken ranks by siding with the Syrian opposition, the axis of “resistance” may have to be modified if it is not to become redundant altogether.