Iran, the Qatar crisis, and the Syria strikes: The limits of strategic hedging

Maysam Behravesh
With calls for diplomacy and dialogue, Iran's response towards the Qatari-Gulf rift has been softer than expected. But its missile strike on Syria signals that it will play hardball if pushed 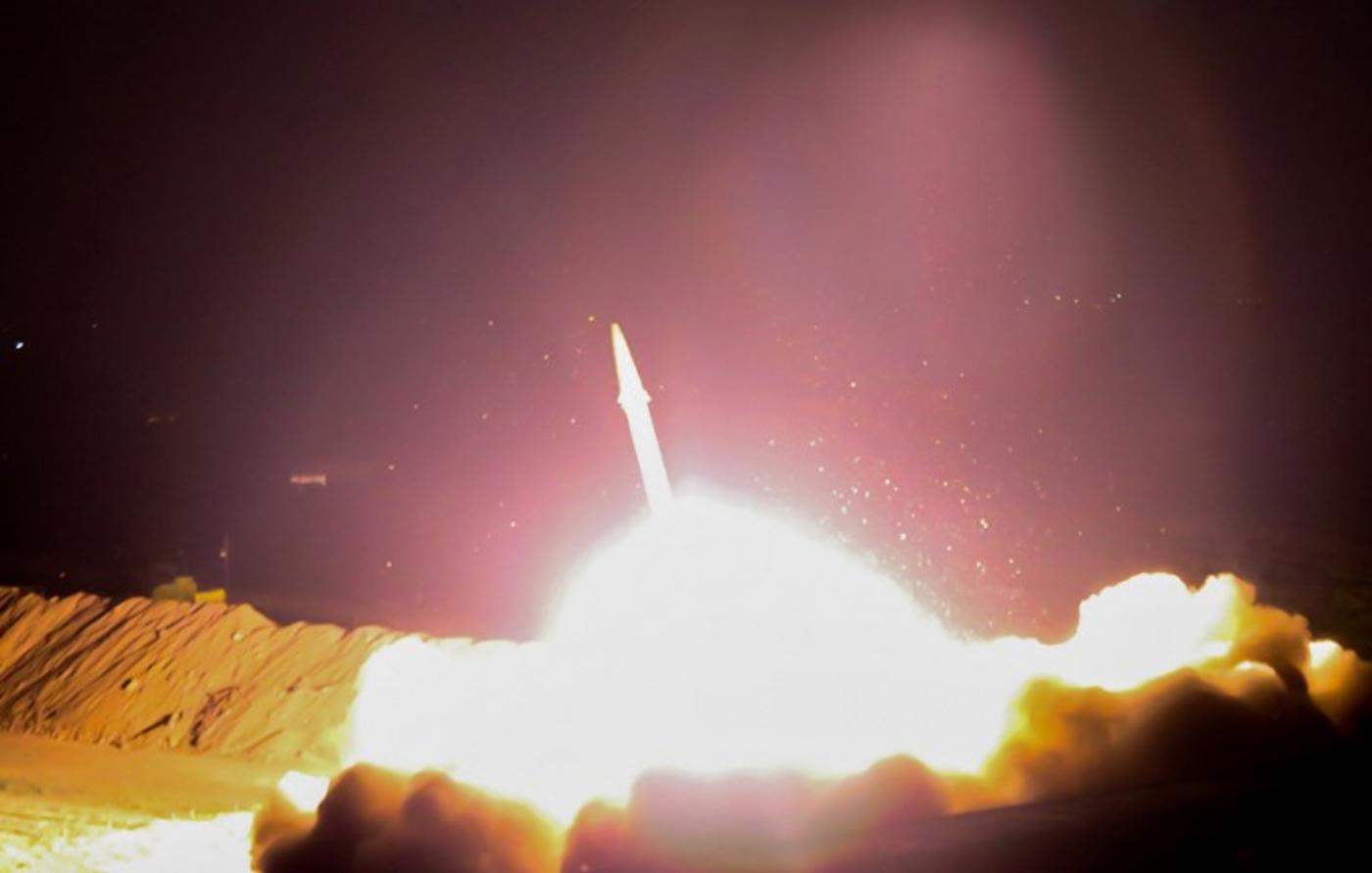 The collective decision by Saudi Arabia, United Arab Emirates, Egypt and Bahrain to cut diplomatic and trade ties with Qatar on 5 June took many in the region off guard.

In a similar vein, Bahrain referred to Qatari funding for “Iranian groups to carry out sabotage and spread chaos” in the small island nation.

Iran’s response, however, was quite lukewarm, highly calculated and, in a sense, softer than expected.

In a first official reaction, Iranian foreign ministry spokesman Bahram Qasemi expressed concern over the Gulf-Qatar rift, stressing that the crisis can only be resolved through “political and peaceful methods”.

Earlier in the day, Hamid Aboutalebi, deputy chief of staff for Iran’s President Hassan Rouhani, tweeted that “the era of cutting diplomatic ties and closing borders is over…These countries have no other option but to start regional dialogue.”

Iran opened its airspace to Qatari passenger planes - which were barred from passing through Saudi and Egyptian territory in the wake of the boycott - and provided the Persian Gulf sheikhdom with food aid. But unlike Turkey, no top Iranian official voiced unconditional support for Doha in public.

Unlike Turkey, no top Iranian official voiced unconditional support for Doha in public

This is partly because Tehran is generally wary of the pro-Muslim Brotherhood camp in the Muslim world. The suspicion and distrust between the two have worsened over the course of the Syrian civil war in which Islamist groups close to the Muslim Brotherhood and backed by Qatar and Turkey have been striving to oust Syria’s President Bashar al-Assad, one of Tehran’s very few allies in the Middle East.

Along parallel lines, Doha has also been tactful about its embrace of Iranian overtures and forging closer ties with Tehran. It has arguably done the bare political-diplomatic minimum with respect to the Islamic Republic, trying to leave the door open for rapprochement with the anti-Iran - and anti-Muslim Brotherhood - bloc headed by Saudi Arabia.

For Iranian decisionmakers, particularly moderates in the Rouhani administration, Tehran’s best interests lie in maintaining non-hostile, if not friendly and constructive, relations with all Arab nations from Qatar to Saudi Arabia, geopolitical rivalry notwithstanding.

They also seem concerned about the long-term consequences of deepening ties between Iran’s Arab rivals, Israel and the hawkish US administration under Donald Trump, hence Tehran’s hedging strategy and half-hearted treatment of the Gulf-Qatar crisis.

Iranian Deputy Foreign Minister Hossein Jaberi Ansari even revealed recently that Tehran and Riyadh have reached a preliminary agreement, through “indirect” channels, for visits to their respective embassies. He also pointed out that Iran is not seeking “momentary opportunism” in the Gulf-Qatar crisis, but instead has a “long-term perspective” on the issue.

Missile strike on IS

Contrary to the relatively soft approach to the Gulf-Qatar row, on 18 June Iran’s Islamic Revolution Guards Corps (IRGC) reportedly launched six Zolfaghar ballistic missiles, with a range of around 700km, against Islamic State (IS) targets in Syria’s eastern province of Deir Ezzor.

Though the IRGC officially announced that the strikes were carried out in retaliation for the terrorist group’s attacks in Tehran less than two weeks earlier, the strategic significance of the retaliatory action extends much further.

After all, it was the first military exercise of this scale and scope used against overseas targets since the end of the Iran-Iraq war (1980-1988).

Contradicting possible impressions that the Revolutionary Guards had acted in a unilateral fashion and behind the back of the Rouhani administration, the IRGC political deputy Rasoul Sanayi-Rad suggested in a statement that the decision to target IS positions in Syria had been made in Iran’s Supreme National Security Council, a collective non-factional body whose head is appointed by the president and which reports to the supreme leader.

Later in a tweet, Foreign Minister Mohammed Javad Zarif lent support to the assault, framing it as an act of “self-defence”. In his words, “Iran's missile capability protects its citizens in lawful self-defense & advances common global fight to eradicate ISIS & extremist terror."

While the missile strikes represent a major escalation and may cause a heightened level of tensions between Iran and its rivals, it suggests an emerging consensus in the Iranian decision-making circles for a more muscular and aggressive approach to regional affairs, including the civil war in Syria.

This might be a result of the perception that the more Iran compromises - with calls for diplomacy and dialogue to resolve regional disputes - the more its nemeses, particularly Saudi Arabia and Israel, resort to assertive rhetoric and subversive action.

What the strikes say

On the one hand, it is a “costly signal” to Riyadh that Tehran’s strategic patience has limits and hostile attempts to imperil Iranian national security - through, say, taking the battle inside its territory as the Saudi Deputy Crown Prince Mohammed bin Salman had threatened in an early May interview - will be forcefully confronted.

On the other, the military action is meant to send a stark message to the US as well. Earlier on the same day, the US military had shot down a Syrian army warplane near Raqqa in an escalatory move to “defend” Kurdish-dominated Syrian Democratic Forces (SDF) advancing towards the IS’s capital. The incident marked the fourth time in a month that the US has targeted pro-Assad forces in Syria, including those trained and organised by Tehran.

Given this context and while the battle to expel IS from Iraq is nearing the end, Iran is in fact displaying a bold willingness to raise its level of engagement in Syria and thus help the Assad regime make important territorial gains in the east close to the Iraqi border - as it did in the west by capturing Aleppo from the rebels in late 2016.

With eastern Syria turning into a new flashpoint in the multilateral proxy war in the Middle East, the risk of escalatory policies is that the ensuing confrontation can spill out of control and degenerate into an all-out wider conflict, with devastating ramifications for the whole region and beyond.