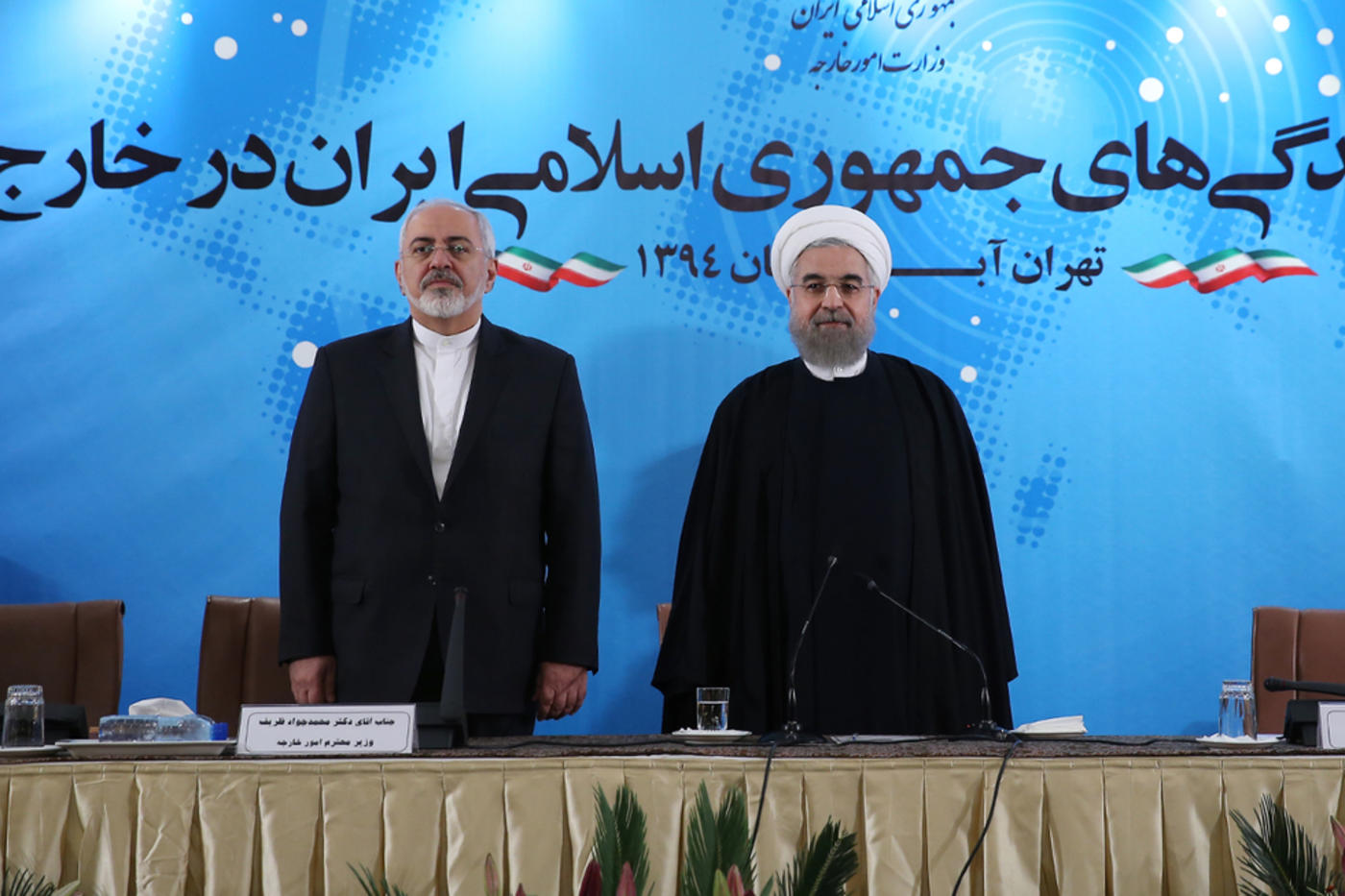 The appalling human rights situation in Iran has not improved since Hassan Rouhani - touted in some circles in the West as a "moderate" and a "reformer" - became president of the Islamic Republic in 2013.

Since taking office, more than 2,000 people have been hung under Rouhani's watch, the biggest scale of executions in the past 25 years, adding to the black pages of the regime's history of human rights violations since the Iranian revolution in 1979.

The execution spree in the first half of 2015 was not missed by the human rights group Amnesty International, which noted that "death sentences in Iran are particularly disturbing because they are invariably imposed by courts that are completely lacking in independence and impartiality".

"They are imposed either for vaguely worded or overly broad offences, or acts that should not be criminalised at all, let alone attract the death penalty. Trials in Iran are deeply flawed, detainees are often denied access to lawyers in the investigative stage, and there are inadequate procedures for appeal, pardon and commutation."

As a result, Iran became the top country committing executions per capita – again under Rouhani's watch.

Any use of the term "moderate" in connection with Rouhani's administration is ludicrous hyperbole; he is simply the president elected from the list of candidates chosen for the position by the Guardian Council, consisting of 12 Islamic theologians and jurists, in accordance with the Iranian constitution.

Secular or non-Shia candidates have little chance of securing an approval from the vetting Guardian Council, nor are presidential hopefuls whose loyalty to the ideology of the revolution is not impeccable.

The odds of being "elected" to parliament are relatively better, but the Majlis has little power over the regime's religious courts to stop or even slow down the rate of executions, with the courts routinely issuing verdicts without even hearing evidence or investigating the charges against accused individuals.

One example of the Iranian regime’s legal system is the common charge of "muharebeh" or "enmity to God," routinely used against human rights activists and dissidents and which invariably receives the death penalty, sometimes administered in public by mass hangings by cranes - although even stoning is not ruled out legally. Many of those hanged take up to 20 minutes to die slowly and painfully of strangulation. The victims' bodies are left for some time before being removed as a way of intimidating the public into silence.

A lot of those who are executed come from minority communities such as the Ahwazi Arabs – who are predominately Shia - as well as Kurdish and Baluchi Sunnis. The targeting of minorities has not changed since the coming of Rouhani to office.

Over the past decade, many Ahwazi Arab political prisoners, ranging from poets and teachers to bloggers and human rights activists, have been executed on trumped-up charges in kangaroo courts. Again, nothing has improved under Rouhani.

Rather than finding reasonable evidence for the commission of a crime, judges generally rely on confessions, which have been drawn out from the accused through physical torture and psychological duress. Meanwhile, friends and relatives of the accused are kept in the dark, often not informed of where their loved ones have been imprisoned, or even buried.

As I've previously argued, the rush to a nuclear deal with Iran has left human rights issues sidelined.

Never mind that Iran is one of the few countries that continue to execute juvenile offenders, where according to the UN at least 160 are languishing on death row for crimes committed under the age of 18. The number of child offenders executed in 2014-15 – ie under Rouhani's watch - is higher than at any time during the past five years.

According to an Amnesty International report released a few days ago, Iran’s authorities have sought to "whitewash their continuing violations of children’s rights and deflect criticism of their appalling record as one of the world’s last executioners of juvenile offenders".

These youths are "robbed of valuable years of their lives – often after being sentenced to death following unfair trials, including those based on forced confessions extracted through torture and other ill-treatment,” according to Said Boumedouha, deputy director of Amnesty International’s Middle East and North Africa Programme.

The report has not stopped Rouhani receiving a warm welcome on his Europe tour, as he met with top politicians as well as the Pope. Much of the world wants do business with Iran, and they don't want a fuss over trivial things like the human rights of the people of Iran - not even prominent opposition voices in the West, who often complain about their governments' disregard of rights violations committed by their valuable trade partners.

When it comes to Iran, those hypocrites would happily sacrifice Iranian blood – not for wealth or the wellbeing of Western citizens but for mere ideological reasons.

- Rahim Hamid is a freelance journalist and human rights advocate who writes about the plight of his community - the Ahwazi Arabs - and other ethnic groups in Iran.

Photo: A handout photo provided by the office of Iranian President Hassan Rouhani (R) shows him next to his Foreign Minister Mohammad Javad Zarif (L) while they listen to Iran's national anthem during a meeting with foreign ambassadors and other diplomats in Tehran on 2 November, 2015 (AFP/HO/IRANIAN PRESIDENCY). 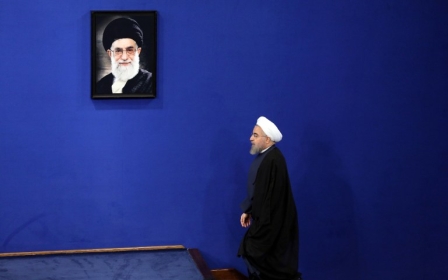 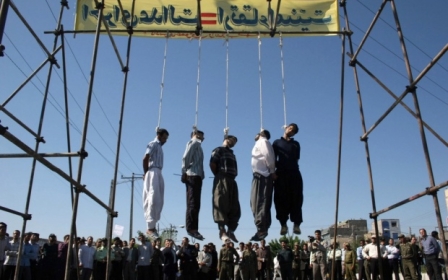