The Islamic State and the cultural destruction of Iraq 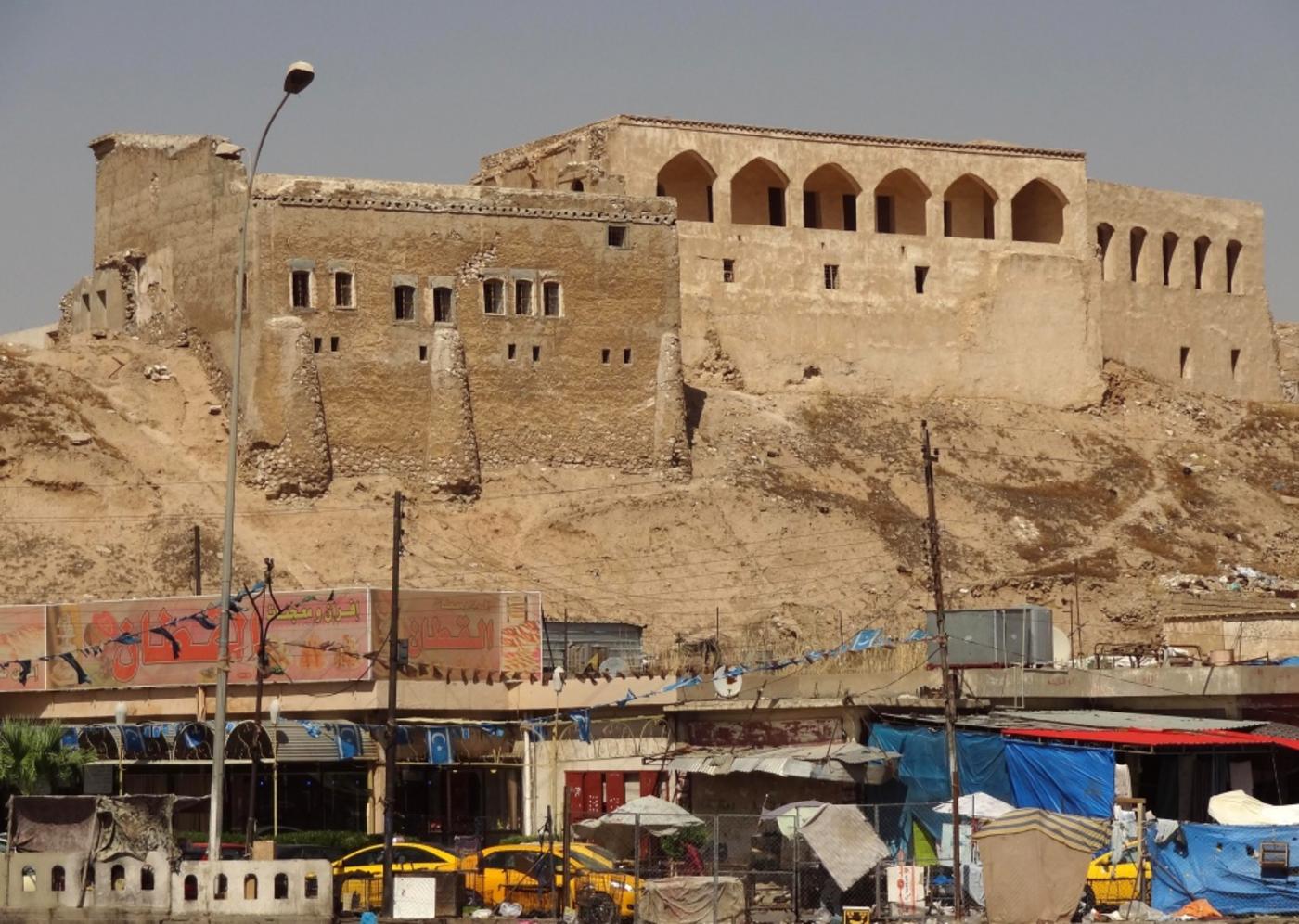 The latest in the surrealist horror show that the nightly news on Iraq has become offers a rich narrative - at least for a writer working on a political travelogue of ancient sites. Once again, the Mongol hordes are at the gates.

After destroying statues of a poet and a musician in Mosul, Islamic State (IS) now threatens to destroy the 2nd-century BC city of Hatra, and UNESCO has sounded the alarm about one of their world heritage sites at risk.

The Director-General of Unesco, Irina Bokova, said earlier this week, “I call on all actors to refrain from any form of destruction of cultural heritage, including religious sites. Their intentional destruction are war crimes and a blow against the Iraqi people’s identity and history.”

In one of many ironies, this well preserved example of a Parthian city that has survived centuries of imperial intrigue and invasions may fall victim to a group of angry- yet well organized and funded- young men, drunk on brutality, wired on ideology run amok, galvanized by decades of war and injustice.

Hatra has more recently served as a film set for the 1973 production of the Exorcist, in which a priest discovers a talisman belonging to an ancient demon and brings it back to the US, where it possesses a young American girl.

While it’s not difficult to ascertain that the disastrous invasion of 2003 has unleashed more than it’s fair share of vindictive spirits of which IS is only one- Iraq’s ancient sites- as its people- have been long-suffering.

Iraq’s monuments bear witness to and share in the hardships of her people. After years of war and occupation, historic sites have been badly damaged and neglected. While the Taliban’s destruction of the Buddhas of Bamyan in Afghanistan was universally condemned, outrage about the destruction of Iraqi and indeed world heritage (not to mention the fate of Iraq’s people) has been somewhat restrained.

As Muwafaq al Taei  - who was an architect under Saddam but an unrepentant communist who was simultaneously lionized and spied upon by the ancien regime and then almost killed by US troops after the invasion - (and my erstwhile travel companion on my journey to Iraq’s ancient sites) always says, ‘you have to understand the past to make sense of the present.’

I was inspired to write my next book Ancient Heart when Muafaq took me on a tour of sacred sites in Baghdad, in the midst of sectarian war zones, garbage dumps and displaced people's camps. It reminded me of the last scene in Planet of the Apes, when Charlton Heston sees the Statue of Liberty half-submerged on the beach.

As I write this I am looking at a map of ancient sites in Iraq. Most maps of Iraq in the popular imagination are divided into three neat sectarian sections, or filled with bullet point punctuations on the evening news.

I am convinced of the power of this map. If applied correctly, it may just transform people's consciousness. I want people to see Iraq for what it is- whether American generals or IS commanders - to recognize the depth and soul of the land they invaded, not just as another terrorized place to be abandoned but as part of our world heritage.

My map shows Ur, the birthplace of the Prophet Abraham and the home of the Sumerian ziggurat.  Saddam stationed a military base nearby, as did the invading Americans who added a strategically placed Burger King. It was once a temple to the moon god Nanna, and many moons later, its adjoining town of Nasiriyah site of the Shiah uprising, encouraged by George Bush Senior and then brutally repressed by the regime, while the US stood by.

Here the Iraqi Communist Party was founded in 1932, and an important Jewish community existed until 1951. Fierce battles took place during the 2003 invasion and Nasiriyah’s 15 minutes of fame occurred when US private Jessica Lynch became a POW there. No-one mentioned the ruins.

Or consider Kirkuk, for example, which stands on the site of the ancient Assyrian capital of Arrapha, located near the Khasa River on the ruins of a 5,000-year-old settlement (the Kirkuk Citadel). Arrapha was an important city under the Assyrians in the 10th and 11th centuries BC, and because of its strategic geographical location, it became the battle ground for three empires—Assyria, Babylonia, and Media.

Today, Kirkuk, (with IS at the gates) is a tinderbox of sectarian conflict as Kurds, Arabs and Turkomans duke it out for control of the city and its vast oil resources. In 1997, there were reports that the government of Saddam Hussein damaged Kirkuk's historic citadel with its mosques and ancient church. The architectural heritage of Kirkuk also sustained serious damage during World War I (when some pre-Islamic Christian monuments were destroyed) and, more recently, during the Anglo-American invasion and occupation. By June 2007,18 ancient shrines had been lost in and around Kirkuk.

My map also shows the ancient site of Babylon – reconstructed in Saddam’s own image (quite literally, with his name stamped onto bricks and his likeness in murals depicting him as a neo-Nebuchadnezzar) then damaged and severely contaminated by US led forces post invasion, when they turned the site into a military depot. Today Babylon boasts an oil pipeline and a displaced persons camp.

But there is also a shrine there to one of the sons of Imam Ali. The local women come to pray here for fertility, because underneath the Islamic shrine, lies one to Marduk, supreme god of Babylon. Iraqis of all faiths still wear his likeness as talisman/pendants and even pray to him for intercession.

And so Iraq, where language and architecture were invented, and a robust modern culture flourished and still struggles to survive, is now a country of widows and orphans, of angry young men and their rival militias. But its ancient sites, who have witnessed so many empires come and go, should unite Iraqis in their moment of crisis, not divide them.

They are a reminder that long before the British or the Americans, long before IS or the Baath party, there was Uruk. Before there were Muslims or Christians, Sunni or Shi’a, Arabs or Kurds, there was Mesopotamia. And there is a power in that; and, as I wish with all my heart, a glimmer of hope amidst the madness.

- Hadani Ditmars is the author of Dancing in the No Fly Zone: a Woman’s Journey Through Iraq and a past editor at New Internationalist who has been reporting from the Middle East for two decades.

Photo Credit: A photo of the ancient citadel in Kirkuk (AFP)