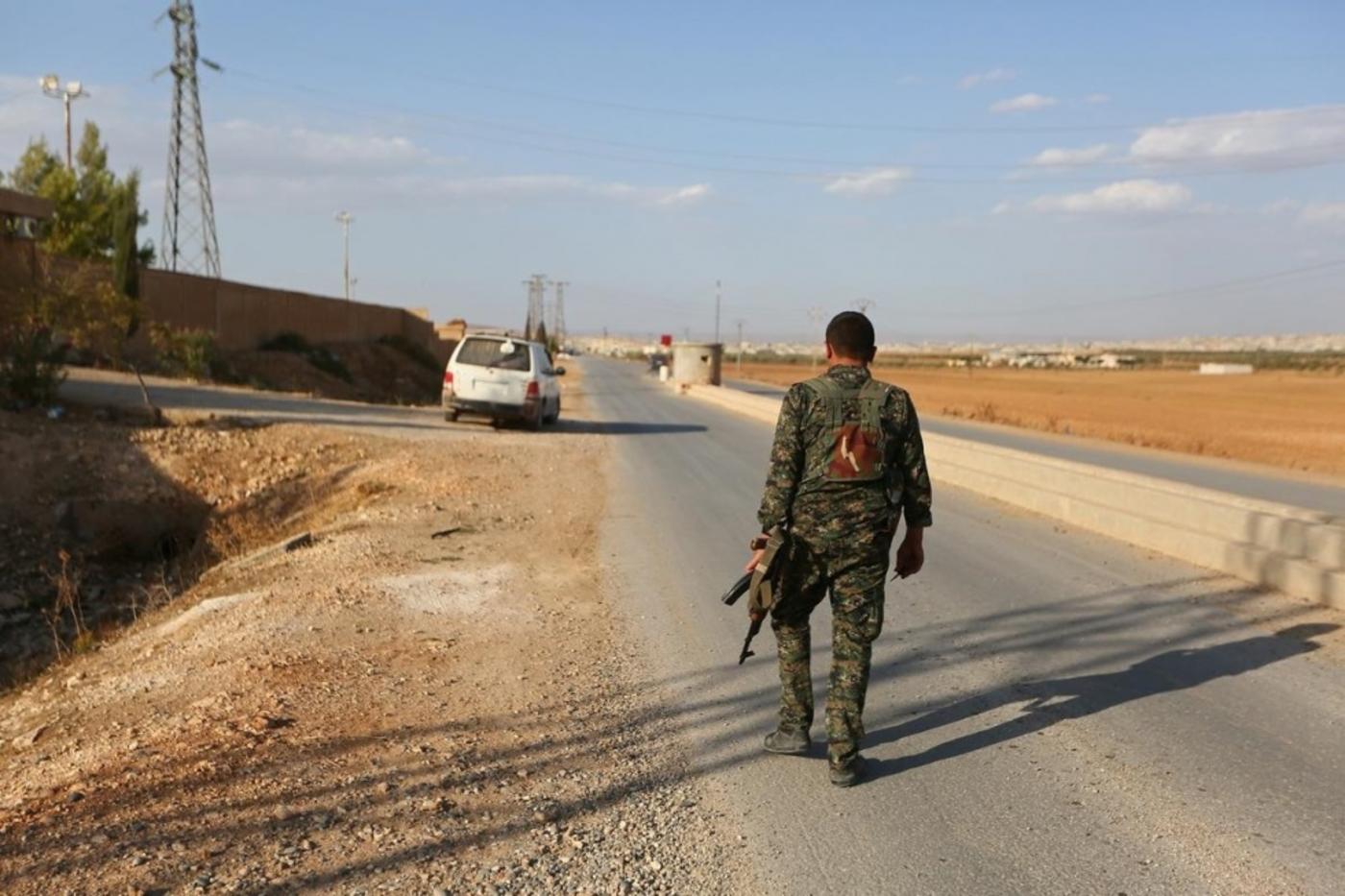 Attacks by the Islamic State (IS) on the northern Syrian, majority Kurdish town of Ayn al-Arab, known as Kobane in Kurdish, have led to the influx of between 130,000 and 160,000 people into Turkey since 19 September.

Accompanying this latest wave of refugees, the AKP government in Ankara has been confronted with the threat of a breakdown in relations with its own Kurdish population, and in particular the PKK - a Kurdish separatist movement that has waged a bloody war against the Turkish state for over 30 years, resulting in over 30,000 deaths.

Strategically, the Islamic State assault on Kobane has been shaped by the group’s desire to secure access to the Syrian-Turkish border to facilitate the flow of fighters and supplies into Syria. However, the attack has resulted in fierce criticism from Kurds in both Syria and Turkey who accuse Ankara of, at the least, lacking vigilance in regulating the flow of foreign fighters through Turkey into Syria, and, at most, financing and even militarily supporting Islamist groups such as the Islamic State and Jabhat al-Nusra, al-Qaeda’s official Syrian affiliate.

Such accusations are not without precedent and have previously been levelled against the Turkish government this year by figures including Francis Riccardione, the former US Ambassador to Turkey.

A ceasefire between the AKP government and the PKK - officially declared a terrorist organisation in America and Europe - has been in place since March 2013. It has largely been observed. However, since developments in Kobane, Abdullah Ocalan, the PKK’s leader has issued a call for Kurds in Turkey to join an “all out defence” of the besieged city from his island prison in the Sea of Marmara, off the coast of Istanbul.

Murat Karayilan, the leader of the PKK’s military wing has gone even further, declaring the settlement process between the AKP and the PKK null and void. Fresh violence has since erupted and on Friday, three Turkish policemen were killed in an ambush on the highway between the southeastern cities of Diyarbakir and Bitlis. Given current tensions some suspect PKK involvement.

The PKK has been notably active in recent months in both Syria - where it has strong links with the YPG, the official armed wing of the Kurdish Supreme Committee of Syrian Kurdistan - and in Iraq, where it has joined Peshmerga forces in repelling Islamic State attacks, backed by US airstrikes. Such developments created concern in Ankara, long before the latest developments in Kobane.

Barin Kayouglu, a visiting fellow in international security studies at Yale, argued that whilst Turkey has officially announced its support for US-led airstrikes on IS, Ankara would remain tense if the PKK is seen to play a military role on the ground in Syria, as it has done in Iraq.

“As long as the PKK remains on the US State Department's ‘foreign terrorist; list, the Obama administration would have to be careful not to let US military aid reach the group,” said Kayouglu.

“On the other hand, given the line between the PKK, Kurdish forces and the YPG is extremely thin, and the Syrian Kurdish group is the only one in northern Syria that has a chance to blunt IS's advance, the US is probably going to be more lenient about helping the PKK. This makes Ankara wary.”

Mutlu Civiroglu, a DC-based analyst in regular contact with Kobane’s mayor, Saleh Muslim, also warned that an escalation was likely.

According to Civiroglu, around 400 experienced PKK fighters passed from Turkey into Syria during the early stages of IS’s assault on Kobane. The claim is backed up by Ahmed Shekho, a member of the Kurdistan student’s union, who has remained in the besieged city.

Speaking via Skype, Shekho expressed hope that airstrikes against IS could help turn the tide of the battle in favour of Turkish forces, but remained sceptical over Turkey’s announcement Wednesday to join the US-led coalition against IS.

“I don’t trust Turkey joining this coalition,” said Shekho. “The Islamic State and Turkey have common interests; neither want to see Kurdish people enjoy autonomy and freedom. Whilst Turkey lets Islamic fighters into Syria, Kurds have been prevented from coming to defend Kobane.”

In Diyarbakir, the largest, majority-Kurdish, city in eastern-Turkey, Rizo Xerci, a former journalist with the Kurdish Azadiya Welat, has described seeing hundreds of people leaving the city to travel 200 kilometers to Sanliurfa province, adjacent to Kobane.

Amongst an atmosphere shaped by historical enmity towards the Turkish state, altercations along the border have seen Turkish police fire teargas to disperse crowds of angry Kurdish protesters and refugees. Distrust of Ankara runs so deep that some Kurdish activists have even accused the AKP government of providing IS with military equipment, including tanks, in recent negotiations to secure the release of 46 Turkish diplomats taken captive by IS in Mosul last June.

Akin Unver, a professor of Turkish and Middle Eastern Studies at Princeton, has also spoken about the situation in Kobane, and suggests that Turkey is now paying the price for a “free-handed” approach to funding rebel groups in Syria in its determination to see the fall of Syrian President Bashar al-Assad.

“Ankara's position is that it is impossible to control such a long border. However, the majority of border crossings take place along a manageable 80-kilometer section of the border. If Turkey wanted to control these crossings, it would.” said Unver.

“When the conflict in Syria became interpreted as a sectarian war, Ankara was very clear in terms of aiding and assisting all Sunni groups across the border. It was obvious that such over-zealous aid would eventually render them problematic for Turkey too.”

Whilst the reaction of the PKK towards events of Kobane has raised fears that the group could re-commence attacks on the Turkish state, Sinan Ulger, a former Turkish diplomat and chairman of the Istanbul based Centre for Economics and Foreign Policy (EDAM), describes such an eventuality as unlikely.

“The settlement process has undoubtedly been handicapped. But calls from hawkish elements within the PKK for the group to take up arms against the Turkish state are a bit extreme,” said Ulger.

“If you look at it from a strategic point of view, then the PKK would have to fight both the Islamic State and the Turkish state, which has committed itself to being part of the US-led international coalition. It would totally undo the sympathy the PKK has acquired internationally as a result of its role in Iraq, and alienate Kurdish constituents in Turkey.”

Speaking from Kobane, Shekho expressed the belief that the US-designation of the PKK as a terrorist organisation had become outdated.

“The Islamic State and Turkey are the real terrorists. America worked in cooperation with the Peshmerga and the PKK in Iraq. Here too PKK forces are fighting against the Islamic State, whilst US airstrikes target the group. Given these circumstances, how can the PKK be viewed as terrorists?”

- Martin Armstrong is a British journalist based in Beirut. His work has been featured in publications including The Christian Science Monitor, Al-Jazeera English, Al-Monitor and VICE.

Photo Credit: Is the PKK about to resume its armed struggle against the Turkish state (AA) 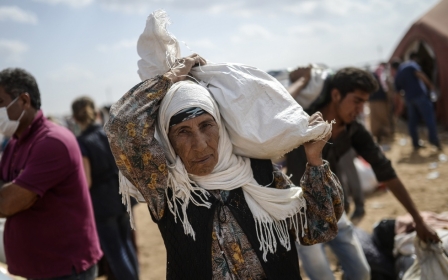 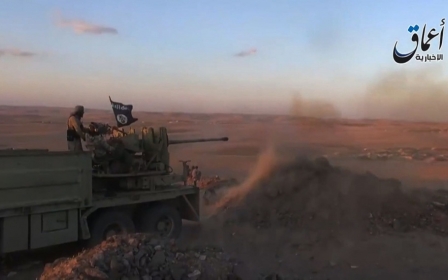 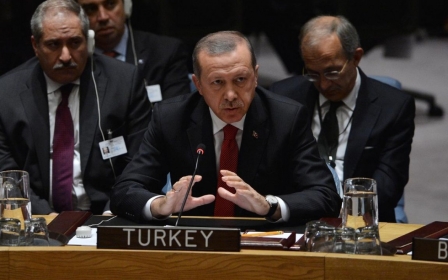