Emile Nakhleh
Airstrikes in Iraq are the wrong way to target the Islamic State - what should the West's next steps be? 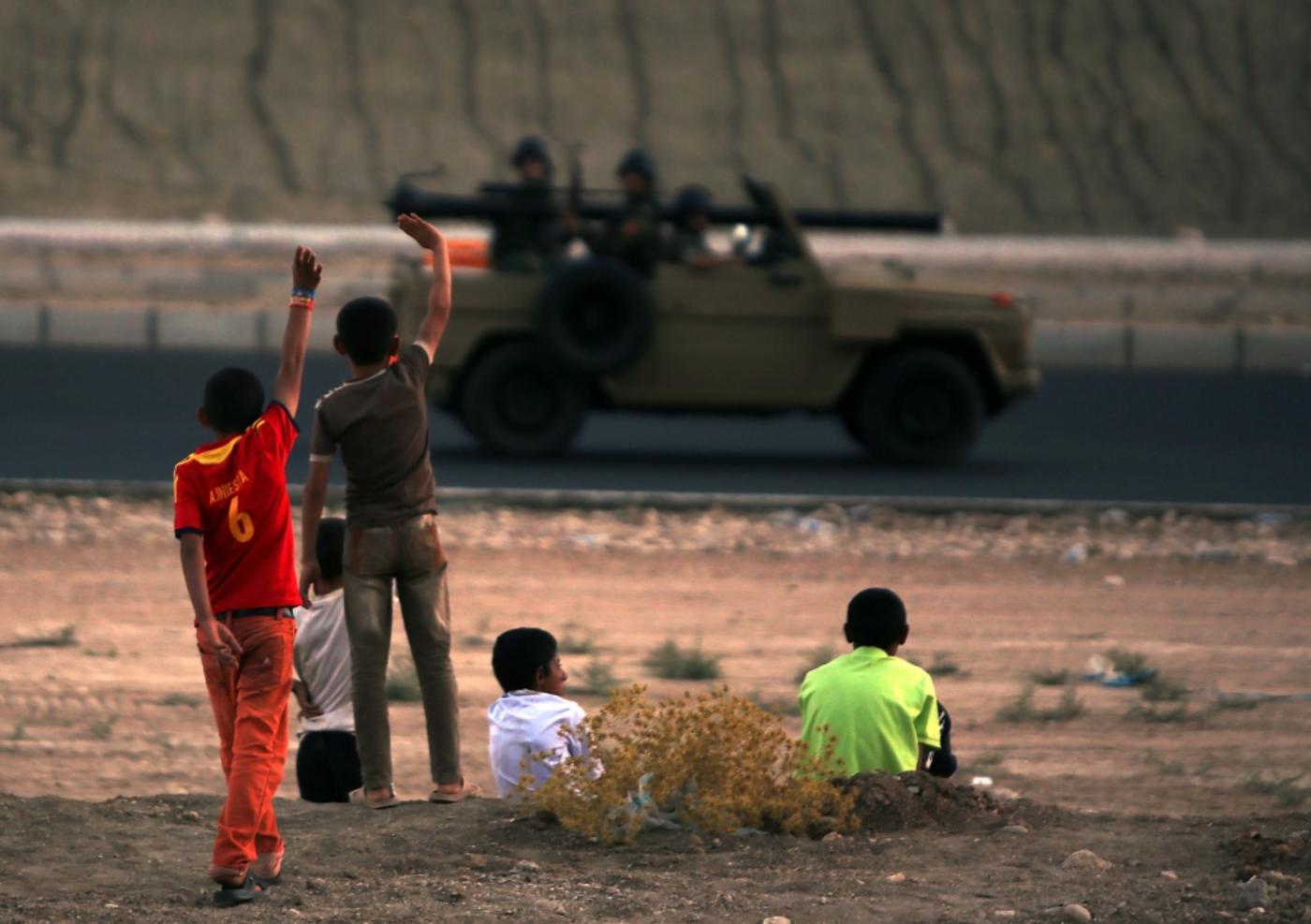 WASHINGTON - The Islamic State’s territorial expansion and barbaric executions in Iraq and Syria are a gathering threat and must be confronted. American air bombardment, however, is the wrong course of action and will not necessarily weaken ISIL or DA’ISH, as it is known in Arabic.

As a senator, President Barack Obama called George W. Bush’s intervention in Iraq a “dumb war” and promised to end it if he won the presidency. It would be tragic if Obama, in the name of fighting the Islamic State, waged a “dumber” war.

The Obama administration maintains that its humanitarian intervention and air campaign are aimed at protecting US personnel and preventing human suffering and possible “genocide.” According to media reports, the US has ordered the evacuation of some of its personnel in Erbil. Yet the administration’s argument that the airstrikes against Islamic State positions near Erbil were requested by the Maliki government, and are hence justified, is unconvincing.

Much of the Islamic State’s anti-Shia and anti-Iran rhetoric may be traced to the conservative, intolerant Hanbali School of Jurisprudence, which underpins Salafi Wahhabism in Saudi Arabia. The Islamic State’s ideology justifies the use of violence in the fight against Shiite Islam, Iran, the Shiite-Maliki government in Iraq and the Alawite Assad government in Syria.

While the al-Saud government publicly loathes the Islamic State and correctly views it as a terrorist organisation, Saudi leaders do not necessarily abhor its message against Iran and the Shiites. A similar situation prevails among the Sunni al-Khalifa regime in Bahrain.

In Iraq, the political vacuum, which Maliki inadvertently engineered, contributed to the recent rise and success of the Islamic State. Many Sunnis with a privileged past under Saddam Hussein support the group because of its opposition to Maliki’s Shiite-centric authoritarian policy of refusing to form a more pluralistic and inclusive government.

Many Shiites, including Grand Ayatollah Ali al-Sistani, have criticised Maliki’s clinging to power. Sistani has called on the Iraqi people to “choose wisely,” urged Maliki to leave office, and blamed the prime minister for the deteriorating conditions in the country and, by implication, the territorial successes of the Islamic State.

In Syria, the ongoing bloody civil war has given the Islamic State a golden opportunity to fight a non-Sunni regime, especially one that is closely aligned with “Safavi” Iran and its perceived surrogate, Hezbollah. A combination of financial and monetary war loot, contributions from other Sunnis (especially in the Gulf), and initial arming by certain Gulf states, has helped the Islamic State fight effectively against the Syrian powers that be, the Maliki government, and more recently against the Kurdish Peshmerga in northern Iraq.

Many of these Sunni Muslims view the call for a new caliphate as a return to the Middle Ages. It certainly does not address the endemic economic, social and political deficits that threaten the future of the region. According to media reports, many Sunnis this past week refused to declare allegiance to Islamic State leader Abu Bakr al-Baghdadi in a mosque in Mosul despite his call for their loyalty.

Mainstream Sunnis also view the public executions of soldiers and other Islamic State opponents as barbaric and thus repulsive. The Islamic State’s harsh treatment of women and non-Muslim minorities is equally appalling. The application of harsh Sharia punishments, or hudud, in Syrian and Iraqi areas under Islamic State control has also been condemned by the international community.

The Islamic State and the West

Of the three threats, recruiting Western jihadists should be the key concern for Western security services. Once these young jihadists return to their countries of origin, they would bring with them battle-hardened experience and a radical ideology that rejects Western democratic pluralism.

Jihadist groups have exploited violent sectarianism to spread their message. Regimes in Saudi Arabia, Bahrain, Iraq, Syria and elsewhere have also cynically promoted sectarianism in order to divide their peoples and stay in power.

The Islamic State’s rejection of existing boundaries between Iraq and Syria indicates that the artificial borders set up by the colonial powers under the Sykes-Picot agreement in 1916 are no longer functional. Colonial demarcation of state borders in the Levant (especially Iraq, Syria, Jordan, Lebanon and Palestine), North Africa and the Persian Gulf was implemented without meaningful consultations with the populations of those territories.

After World War I, colonial powers either ruled some of these territories directly or by proxy through pliant autocrats and potentates. In an interview with the New York Times this past Saturday, Obama acknowledged this reality and added, “what we’re seeing in the Middle East and parts of North Africa is an order that dates back to World War I [which is] starting to crumble.”

The “crumbling” of state boundaries has started in Iraq and Syria under the Islamic State’s religious veneer of the caliphate, but it will not stop there.

Many Sunnis who support the Islamic State do not agree with its terrorist ideology, religious fervour, intolerant theology, or vision of a caliphate. Their opposition to specific regime policies in Iraq, Syria and elsewhere drives their support of the Islamic State. Combating this gathering threat, therefore, should come from within the region, not through airstrikes or drone targeting, which Obama also acknowledged in the NYT interview.

If the Islamic State’s threat is destined to damage Western interests and personnel in the region, Western countries should take several comprehensive steps to thwart the threat.

First, Western law enforcement agencies should pay closer attention to their own nationals who show interest in joining the jihadists in Syria, Iraq and elsewhere in the region. They should partner with their Muslim communities at home to address this phenomenon.

These agencies, however, should not target these communities surreptitiously or spy on them. Community leaders should take the lead in reaching out to their youth and dissuade them from volunteering for jihad regardless of the cause.

Second, the United States and other Western countries should impress on Maliki the necessity of forming a more inclusive government, which would include Sunni Arabs, Kurds and other minorities. Maliki should heed Sistani’s call and step aside.

Once the Sunni community is provided with a legitimate, honourable and fair avenue to pursue their economic and political aspirations, they would abandon the Islamic State and similar jihadist groups.

Had Washington reacted more effectively to the recent successes of the Islamic State and urged Maliki to form an inclusive government, there would have been no need for the current air strikes.

Third, following Mailki’s departure, the West should provide sustained military training with commensurate appropriate weapons for units of the Iraqi military, Sunni tribes in al-Anbar Province, the Kurdish Peshmerga and the Syrian opposition. A weakening of the Islamic State requires the end of Nouri al-Maliki’s rule and the demise of Bashar al-Assad.

Fourth, as radicalism and terrorism have also spread south toward Jordan, Palestine and Gaza, it is imperative that the ceasefire between Israel and Gaza be extended and the Gaza blockade lifted.

The war in Gaza is not about Hamas, Israeli protestations to the contrary notwithstanding. Palestinians in Gaza cannot possibly live freely in dignity, peace and economic prosperity while languishing in an open-air prison with no end in sight.

Fifth, it’s imperative for the Sisi regime in Egypt to halt the political arrests and summary trials and executions of Muslim Brotherhood leaders and supporters. It should provide the Brotherhood the necessary political space to participate in the country’s political life. The regime’s recent banning of the Islamist Freedom and Justice political party is a step in the wrong direction and should be reversed.

Emile Nakhleh is a former Senior Intelligence Service Officer, a Research Professor at the University of New Mexico, and author of A Necessary Engagement: Reinventing America’s Relations with the Muslim World. (IPS)