Israel was wrong to think it could destroy Hamas

Azzam Tamimi
Israel's new war is a miscalculation and Gaza will fight back stronger, after all it has nothing left to lose 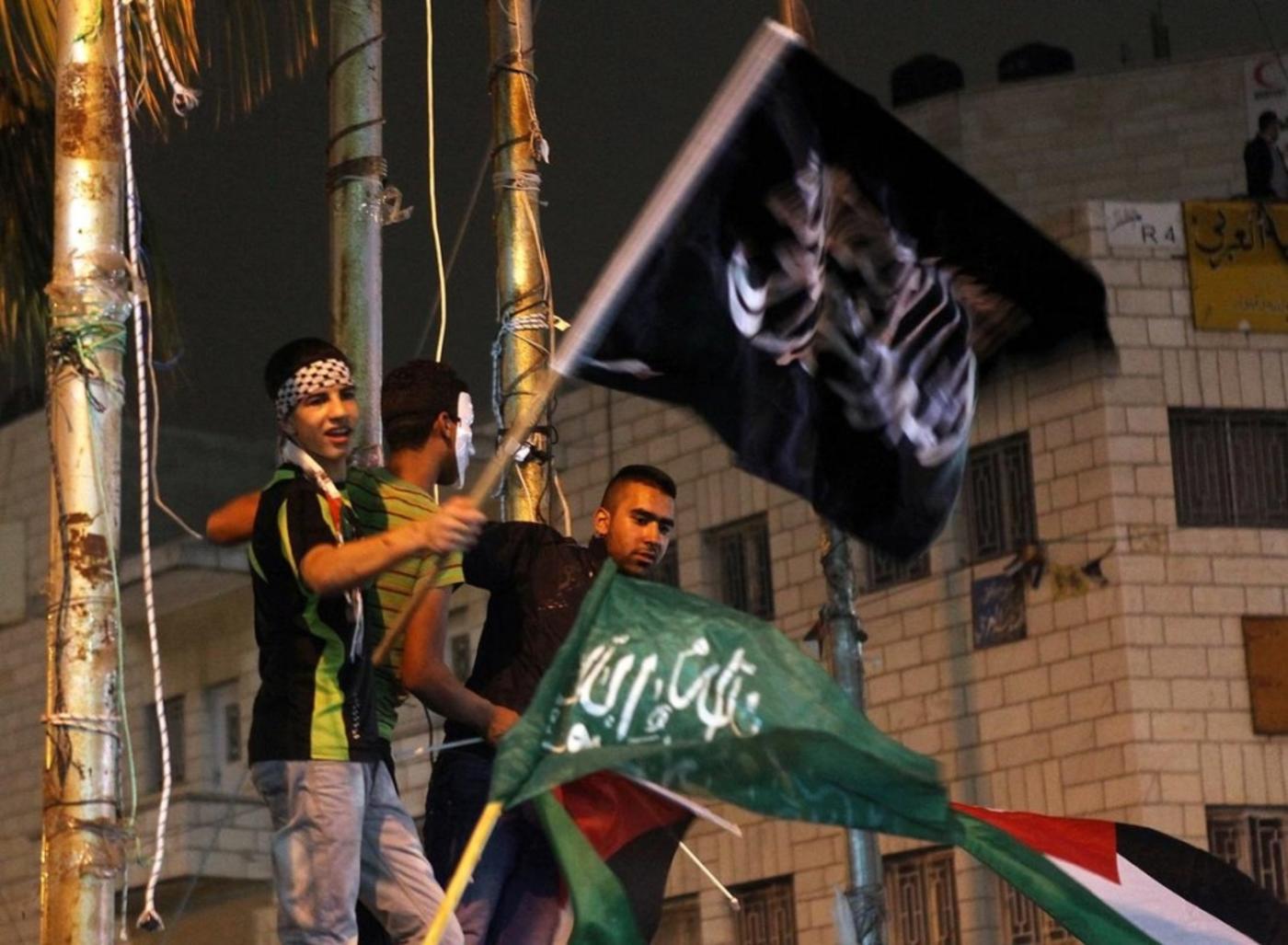 Some dedicated PhD student in a decade or two might be able to discern truth from falsehood in the Israeli narrative as to why the recent war on Gaza was waged. What is certain is that Hamas did not want the war, at least not at this time.

It does not require genius to conclude that the circumstances were not in Hamas’ favour. With an extremely hostile regime in Cairo and unfriendly, even conspiring regimes, in Riyadh, Abu Dhabi and Amman, it was the Israelis who might have been tempted to attack this most vulnerable entity in their backyard.

Israelis relied in their assessment of Gaza’s vulnerability on what a well-placed Israeli official described as the four forces that matter most in the region. Israel, Egypt and Mahmoud Abbas’s Palestinian Authority in Ramallah, are three guaranteed forces that wish to see Hamas weakened and Gaza demilitarised.

The fourth force is the Gaza population, a certain segment of which - representing Fatah and who lost out when Hamas took over - is undoubtedly hostile to the movement and would wish to see it wither away.

The siege and the regime of sanctions in place for the past seven years were further tightened on the Strip in the hope of inciting more Gazans to turn against Hamas. Egypt’s destruction of the tunnels and Iran’s suspension of its sponsorship of Ismail Haniyeh’s government in the wake of disagreement over Syria made life in Gaza increasingly unbearable.

Pre-empting what seemed a serious challenge to Hamas’ authority and exploiting Abbas’s own predicament as a result of his deadlocked negotiations with Netanyahu’s administration, the movement opted to enter into a reconciliation pact that saw it relinquish authority in favour of a national unity government.

An uprising against Hamas inside Gaza seemed unlikely. Yet, the Israelis were constantly reminded by the Sisi military regime in Cairo that the time was unlikely ever to be better for an onslaught on Gaza. However, the Israelis had their own reckoning based on what they claimed was accurate intelligence.

Hamas military wing, they claimed, had been building up a huge arsenal perceived by the Israelis as a potential existential threat. They blame this partly on the year Dr. Mohamed Morsi, Egypt’s first democratically elected president, spent in office before he was toppled in a military coup.

That was the year, they say, that Morsi allowed the passage into Gaza of arms and military equipment as well as machinery for the manufacture of weapons and ammunition. These are said to have passed through hundreds of tunnels, which were later destroyed by Sisi’s regime, and which Israel now says it is fighting to eradicate further.

They blame it too on Muhammad Dhaif, chief commander of Hama’s military wing the al-Qassam Brigades, who they believe wields more decision-making power than anyone else within Hamas.

Israeli top officials go as far as to claim that Hamas political leaders in Gaza and Doha were simply bypassed by the military commanders who sought an escalation with Israel for their own purposes. This is a view the Israelis share with the Palestinian Authority in Ramallah.

The perceived military threat was not confined to Gaza. Israelis claim that over the past year there were numerous attempts to kidnap Israeli soldiers or Jewish settlers in the West bank at the rate of one operation a week, upon direct orders from Muhammad Dhaif in Gaza. They all failed, they maintain, except for the very last one that ended with the killing of three young Jewish settlers in the Hebron area. In conclusion, Israel, the Palestinian Authority and Egypt agree among them that the military wing of Hamas is the real problem whose remedy might inevitably require surgery in the form of a new war.

The Israelis refuse to accept any responsibility for the deteriorating economic situation in Gaza and are completely blinded to the impact of Jewish settler activities on the situation in the West Bank. When told that their siege of Gaza and occupation of the West Bank are the root causes of all their problems, they shift responsibility immediately to their partners in Cairo and Ramallah.

It is for this very reason that the first Egyptian initiative to end the current war was cooked up jointly by the three partners in Tel Aviv, Ramallah and Cairo. Its objective was to impose a ceasefire that would compel Hamas to consent to demilitarisation and the restoration of security within Gaza to Ramallah. It is no wonder that the movement was never consulted. It is probable that the three partners knew that their initiative would be turned down by Hamas and it is very likely that they designed it in a fashion that would ensure a Hamas rejection.

The Israelis needed time to continue and expand their onslaught with a measure of legitimacy derived from Hamas’s rejection of the ceasefire proposal. There were also suggestions that another purpose of the Egyptian initiative was to torpedo a proposal the Qataris and the Turks were working on with the cooperation of Hamas and the knowledge and consent of the Obama Administration.

Inside Gaza there are two contrasting pictures. The first is the picture of the humanitarian catastrophe brought about by the Israeli bombardment. The majority of the 570 Palestinian casualties in Gaza so far have been civilians, with women and children making up a high percentage of those killed. Entire neighbourhoods have been levelled to the ground and thousands of families have been displaced and forced to seek shelter in UNRWA schools or with relatives. Some have become homeless.

The other picture is one of defiance on the part of the entire population, despite the severe losses and damages, we have seen determination and resilience on the part Gaza’s many guardians, led by Hamas’s Izziddin Al-Qassam fighters.

As the war progresses, the number of Palestinian casualties will multiply daily. Yet, at the same time the number of Israeli soldiers killed or wounded will keep rising. Israeli military casualties are already at unprecedented levels compared to all previous encounters.

Not only that, but at the time of publication, Hamas had one Israeli soldier in captivity. The plan is to capture more, and more are likely to be captured if the war continues for much longer. The performance of Gaza’s guardians has clearly improved and they have learnt from past engagements with Israel.

They seem to be better trained, better armed, more skilful and appear to have acquired a wealth of tactics which are allowing them to be more lethal than ever before.

One thing, though, is invariable and that is the belief that not only are they defending what is theirs and was theirs long before their parents’ and grandparents’ - going back thousands of years - but also that they have nothing to lose but a lot to gain.

When you are pushed into corner and starved, slapped and kicked, you will face a simple choice - die or be free. One may add to this the belief that dying whilst battling the invading enemy is the straight path to heaven, an escape from the hell of this world to the Garden of Eden.

What dominates the Israeli mind-set must be the exact opposite of all of this. The mere presence of the Palestinians, whether in the West Bank, in the Gaza Strip or in the 1948 Palestinian land (which is now Israel), reminds Israelis of the essence of their own presence in this land. They are the newcomers, the invaders, the occupiers and the oppressors who until recently were not here and are now dwelling on somebody else’s remains. This is what the existential threat is truly about. It is the belief that as long as there are Palestinians around, Israel is not safe, let alone when some of these Palestinians start acquiring means of empowerment, like weapons.

It is exactly for this reason that Israel can never feel at ease or in peace. When the victim of a robbery passes by the burglar, or vice versa, the latter loses any sense of safety or tranquillity. The Israelis know that out of the 1.8 million Palestinians in Gaza, no less than 1.5 million are refugees whose parents or grandparents were driven out of their homes in what is modern-day. They refuse to forget that their relatives fled in the face of armed Zionist gangs that came from Eastern Europe and subsequently from other corners of the earth. The same applies to the Palestinians of the West Bank and it is rare to find a Palestinian such as Mahmoud Abbas who publicly relinquishes his right to his ancestral home.

So what can be done now, and I mean right now? The people of Gaza will not surrender themselves or their guardians and their wounds and grief will not weaken their resolve or support for the resistance. So, the Israelis may still be able to kill many more Palestinians and the Palestinians will be able to kill and perhaps capture more Israeli. Fearing a spill over, the international community may step in and say enough is enough. Brokering a ceasefire will need credible and ‘neutral’ mediators.

The current regime of Egypt is definitely not qualified.

Together with the Israelis, the Egyptian military rulers are party to the conflict. A third party mediator needs to be completely detached from the milieu of hatred that dominates the mind-sets of both the Israelis and the Egyptian generals. And any ceasefire mediation effort will have to address Hamas as a real and principal party to the conflict, rather than the elephant in the room. The ceasefire agreement will also have to be about more than just stopping the war and there will have to be an outline for a long-term process to end the causes of the tension, namely the siege, the sanctions, the prisoners and the constant threat posed by settlers to the Palestinians under occupation in the West Bank.

Israeli leaders might have thought that waging a war on Gaza was an opportunity to rid them of a potential existential threat, but what matters is that the people of Gaza, and Hamas in particular, hope that Israel’s new misadventure will open the door for them to rid themselves of oppression once and for all.

- Azzam Tamimi is a British Palestinian academic and political activist. He is currently the Chairman of Alhiwar TV Channel and is its Editor in Chief. He headed the Institute of Islamic Political Thought until 2008.