Meron Rapoport
The deal with Iran takes the steam out of Netanyahu's political and military strategy. But that may prove to be Israel's lesser problem 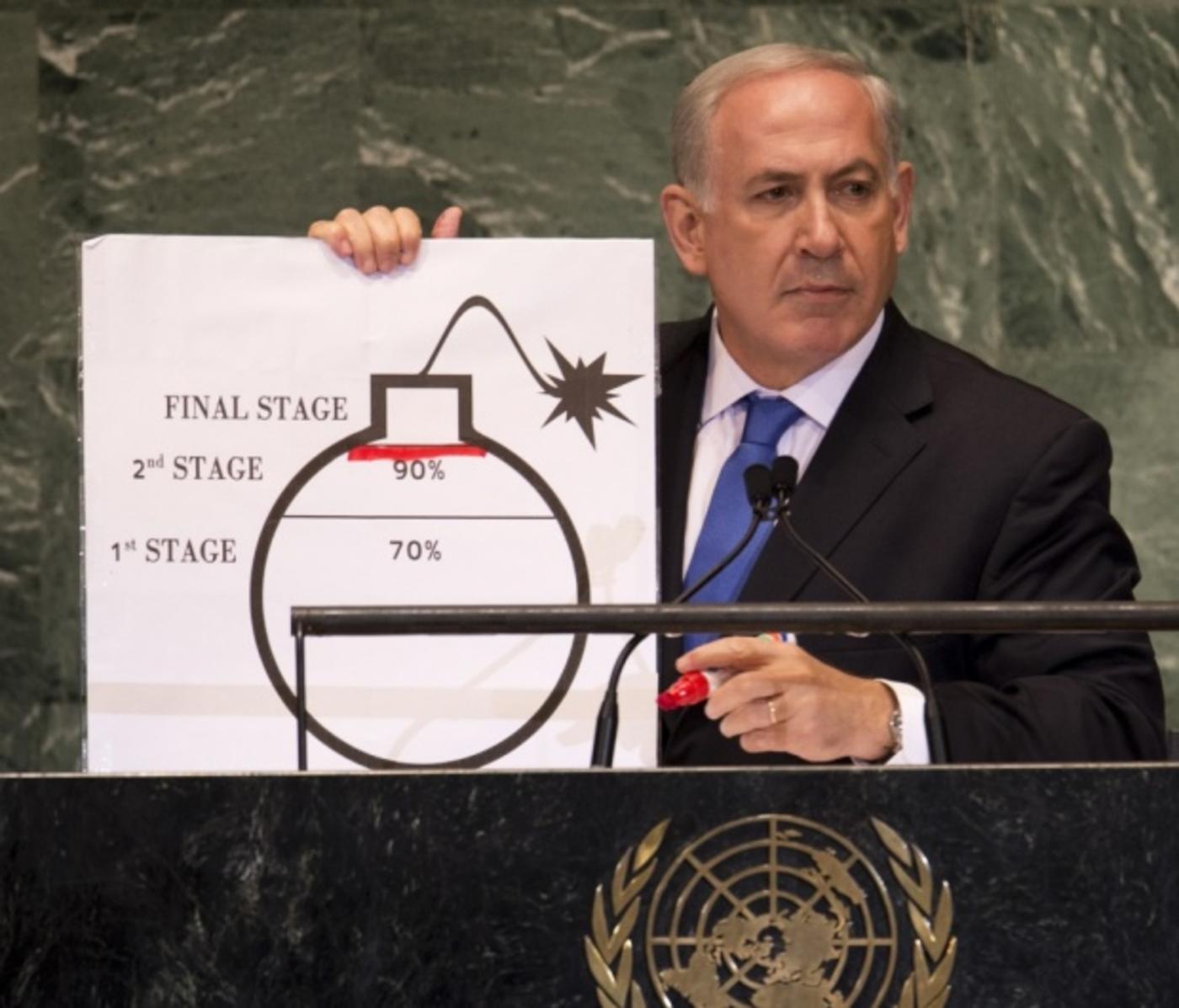 Just four months ago, in March 2015,  one month before election day, Israeli Prime Minister Benjamin Netanyahu travelled to Washington to deliver what was described as the "speech of his life". The goal was to convince the American Congress not to allow a nuclear deal with Iran, which poses "a grave threat, not only to Israel, but also the peace of the entire world", as did the Nazi regime at its time.

The news coming Tuesday morning from Vienna, announcing a deal between Iran and the P5+1 group (United States,  Russia, Britian, France, China and Germany), may therefore mean that Netanyahu failed in what he himself portrayed as his historic mission: to prevent this deal with the Islamic regime in Tehran which, according to him, will pave the way for a nuclear Iran in the very near future.

If Netanyahu believes in what he said in Congress earlier this year, he may feel that Israel now is dangerously closer to its doomsday end, that nuclear Iran will be able to fulfill its dream of wiping Israel off the map. It must be a very chilling feeling. If, on the other hand, he used – or abused – the Iranian threat as a pretext to garner votes among the already frightened Israeli electorate, the Iran deal may mark one of his most bitter political defeats.

True or false, the Iranian threat was one of the main flags - at times it has been the only one - which Netanyahu carried since he was reelected in 2009. He invested in this issue not only his political and oratorical (some would add demagogical) skills. According to ex-Prime Minister Ehud Olmert, Netanyahu's governments spent 11bn NIS ($2.9bn) on military preparations for a possible attack on Iran's nuclear facilities.

In his comments just before the announcement on Tuesday morning, Netanyahu hinted that a military operation is still on the table, saying that he didn't vow to prevent an agreement with Iran, but to prevent it from achieving a nuclear weapon. But after all major world powers have agreed to the deal, it would seem almost insane for Israel to act by itself and send its air force to Iran, defying the whole international community.

Netanyahu clearly still hopes that he will be able to fight the deal with Iran in the US Congress. In order to defeat the agreement, a two-thirds majority in the Senate is needed. Netanyahu can count on his Republican friends, but it seems very unlikely that they will succeed in convincing at least 13 Democrats to kill an agreement to which not only their president is fully committed, but also the EU, France, Britain, China and Russia. In a certain way, it's Netanyahu and his Republican friends against the whole world. Seldom has Israel looked so isolated.

But the agreement reached in Vienna is not simply a personal failure for Netanyahu. It poses a real threat to Israel, and not necessarily from Iran's nuclear programme. Most Israeli analysts did adopt Netanyahu's position according to which the deal is full of holes and Iran will have no difficulties in bypassing all international inspections. Other commentators were less alarmist. But all agreed that Iran is stronger after the deal than it was before it, and for them the equation is simple: when Iran gets stronger, Israel gets weaker.

Apart from the obvious nuclear issue, Israeli fears focus on the lifting of sanctions on Iran. Once Iran's accounts abroad are no longer frozen and trade between Iran and the outside world returns to normal, according to the Israeli discourse, then the government in Tehran will have hundreds of billions of dollars at its disposal to spend on arms and on aid to militant organisations like Hezbollah, Hamas and others.

This fear may not be unfounded, but Israel's problems run even deeper. Professor Eyal Zisser, one of Israel's prominent Middle East experts, put it very bluntly in an interview to Israel's Second Channel on Tuesday. Behind this deal, said Zisser, lies an American understanding that Iran may be one of its partners in the Middle East, that it can help the US in its quest to achieve stability in the region. Instead of being looked at as the source of all evil, the Iranian regime may "deliver the goods" that the US is so in need of: from stabilising the situation in Iraq to blocking ISIS advances all over the region.

With a deal with the P5+1 group in hand, Iran may feel reasonably safe from American neo-conservatives who still envision a forced regime change in Tehran. But the government in Iran may have much more to celebrate than just this impunity from outside interference in their affairs.

Netanyahu seems to believe that the current turmoil in the Middle East, with ISIS on the rise, may help Israel convince the US and Europe that it is the last bastion against a militant takeover of the whole region. Yet it may be the other way around. Israel has no advantage in fighting ISIS or in calming the situation in Iraq or Afghanistan. An economically and politically stable Iran may do the job much better. In such a scenario, Israel becomes a liability more than an asset.

An expert is not required to understand that when Iran somehow becomes a partner to the US, Israel becomes less of a partner. This will not happen, of course, overnight. But the geopolitical map may change faster than Israel imagines. And such a change may prove far more dangerous than any nuclear deal with Iran. An historic change, as the world media called the deal signed on Tuesday morning in Vienna.

Photo: Israeli Prime Minister Benjamin Netanyahu presents a graphic of the alleged Iranian nuclear threat to the UN in 2012 (AFP) Yemen War
For Middle East to survive, Saudi and Iran must put their differences aside
Jamila Ali-Rajaa