Meron Rapoport
Although half of Israel's Jews originate from Arab countries, less than 10 percent of them speak Arabic – but some are pushing for change 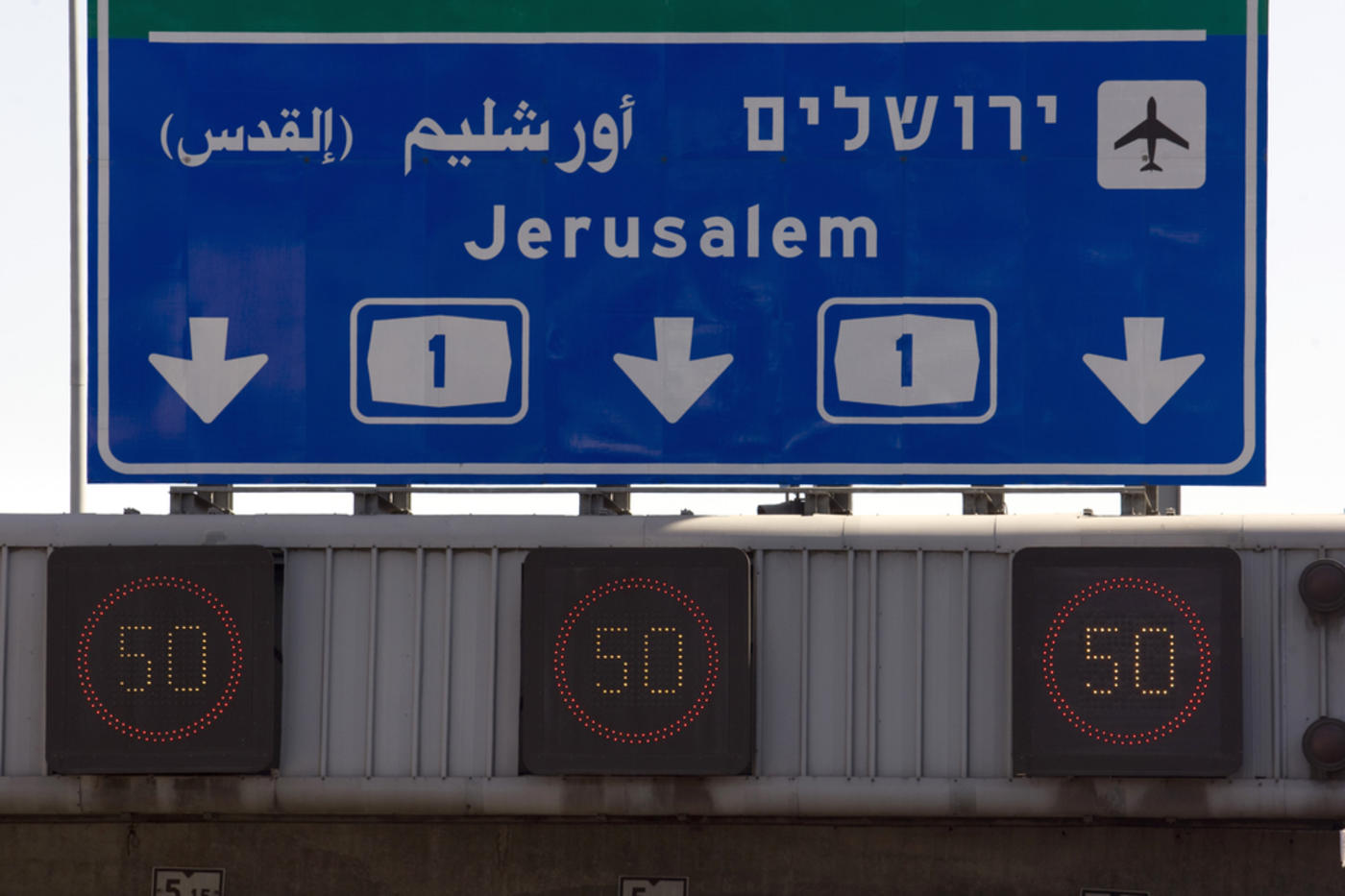 Arabic is an official language in Israel, and therefore  a conference held in Arabic at Tel Aviv University, the biggest in Israel where 10 percent of its students are Palestinians, should not be considered as an exception.

Yet the conference held earlier this month under the title "Oriental Jews and the Arabic Language", in which almost all speakers, Jews and Palestinians alike, spoke Arabic, was probably the first of its kind in the university's history, outside the courses for Arabic language.

At the heart of this conference stood a survey on the command of Arabic among Jews in Israel. The results were maybe untypical, but telling. While about half of Israel's Jews originate from Arabic-speaking countries, from Morocco to Iraq, less than 10 percent of all Jews living today in Israel claim they speak or understand Arabic well. When asked if could read a book in Arabic, the percentage fell to less than 1 percent.

The plunge in the knowledge of Arabic is most striking among Jews of Arab origin. Among the first generation to be born in Israel to immigrants from Arab countries, 25.6 percent claimed to be fluent in Arabic, among the second generation it fell to 14 percent within the second generation and dropped to 1.3 percent among the third generation. A culture of more a thousand years of Arabic-speaking Jews has just faded away.

The personal story of Professor Yehuda Shenhav, one of the conference's organisers, can be used as an example of the fate of Arabic among Jews of Arab origin. Born in Israel to Jews who emmigrated from Iraq, till the age of five he heard only Arabic, as his parents were teachers of Arabic in a training camp of one of Israel's secret services.

Later on his parents left the training camp, and Shenhav lost the habit of hearing and speaking Arabic and was even ashamed to use it in public. He changed his surname from the original, Arabic sounding, Shahrabani, to the Hebrew name Shenhav (ivory). A course common to many Mizrahi (Arab-origin) Jews, as Arabic was – and still is – conceived in Israel as the language of the enemy.

Yet a few years ago, Shenhav started to go back to his linguistic roots. He re-studied Arabic, translated into Hebrew authors such as the Lebanese Elias Khouri and the Palestinian Salman Natour and re-added the name Shahrabani to his surname. At the conference he delivered his speech in perfect, literary, Arabic. "The Arabic I came back to," he confessed from the podium, "is different from the one I learnt from my mother."

But while Arabic ceased to be an everyday language of Jews originating from Arab countries and their descendents, it did not disappear altogether from Jewish society in Israel. According to Shenhav and Dr Yonathan Mendel, author of a fascinating book on the creation of "Israeli Arabic", Arabic among Israeli Jews has evolved into a language without natural speakers, studied in schools and in the army, mainly to be used in intelligence bodies against the "Arab enemy".

This Arabic is taught by Jewish teachers, mainly from non-Arabic origin, does not serve its students in daily communication with Arabic speakers and avoids literary texts. Mendel compares it to Latin, a dead language with no natural speakers. Only in Israel this language is very much alive, as more than 20 percent of its population are native Arabic-speaking Palestinians. Treating Arabic almost as a dead language alienates the Jewish society from this living reality, claims Mendel.

As a part of the "Latinisation" of Arabic in Israel, most of those studying Arabic – whether in high schools, in the army or in universities – are of Ashkenazi (European) origins. According to the survey presented in the conference, the rate of those learning Arabic among Ashkenzi Jews is three to four times higher than among Mizrahi Jews. The alienation of Mizrahi Jews from their cultural Arab origins keeps reproducing itself.

The survey reveals another paradox. While, as we have quoted before, only one in a hundred Jews in Israel can read a book in Arabic, 57.8 percent of them think that "Arabic is very important to the life in Israel", and over 60 percent think it should be taught in schools.

This gap between the wish to know Arabic and the effectively poor knowledge of this language is even harder to understand when you consider that only a month ago the Israeli parliament (Knesset) adopted a preliminary joint motion, by Hanin Zu'abi from the mainly Palestinian Joint List on the one hand and Oren Hazan, a settler MP from the rightwing Likud party on the other, calling for Arabic to be taught in all Israeli schools from the first grade.

Some of the participants in the conference doubted the Jewish-Israeli will to study Arabic. Jewish students, claimed Professor Hillel Cohen from the Hebrew University, have no interest in learning Arabic because they do not see any real gains achieved by knowing it, except from serving in intelligence units in the army. Hebrew is the language of the establishment, Arabic is the language of the underclasses in Israel. Why Jews should want to learn it, asked Cohen.

Others, like Prof Shenhav-Shaharbani, were more interested in moral issues. If we, Jews, want to be permanent residents in this land and not temporary ones, he said, we should know the language of this land, meaning Arabic. The Palestinian writer Salman Natour was even more emphatic. If Jews will not know Arabic, he warned, they will forever remain as tourists, or occupiers, on this land.

Dr Mendel agrees with Cohen as well as with Shenhav. As for now, he admits, Jews have little interest in learning Arabic. But things are maybe changing. The conference held in Arabic in an Israeli university for the first time is an example. The decision to teach Arabic from the first grade is another, although Israeli schools, he explains, are not really ready to cope with such an initiative, because there are no sufficient trained Arabic teachers and because the Ministry of Education is not willing to allow for native Arabic speakers to teach in Hebrew speaking schools.

Yet Mendel believes that this growing willingness to teach and know Arabic, however superficial, could present an opportunity for those who believe, like Shenhav, that if 20 percent of Israeli Jews learn to speak Arabic, it will bring about a "cultural revolution" in Israel.

Mendel is part of a project preparing a comprehensive Arabic curriculum for Hebrew speakers from the first grade to high school, emphasising the historical relations between these two languages and cultures over the centuries. He also suggest that knowledge of Arabic will be mandatory for those wishing to register for academic studies in Israel.

If knowledge of Arabic spreads among Jews, claims Mendel, it will break the monopoly of the intelligence units over this language, and by consequence the monopoly of Jewish "experts" over Arabic issues, so common in the Israeli media.

Photo: A road sign reading Jerusalem in English (bottom), Yerushalaim in Hebrew (R) and Yerushalaim written in Arabic script and al-Quds in Arabic (L) is seen in a highway in Tel Aviv on 13 July, 2009 (AFP).