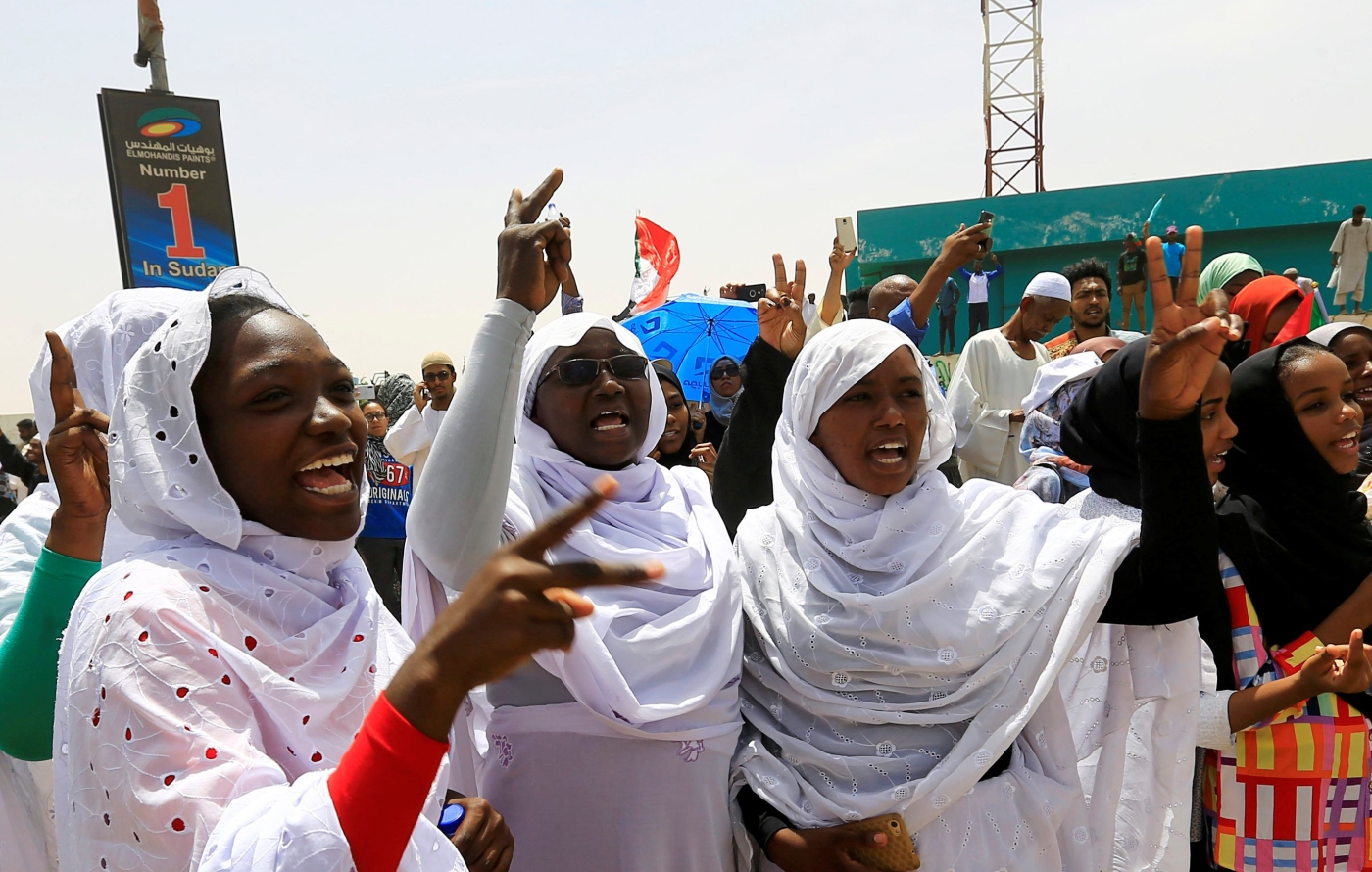 This week, for the first time in my life, Omar al-Bashir is not my president.

I am a young Sudanese woman living in the diaspora, and I have spent the past four months actively trying to piece together as much of my country’s history, politics and culture as possible.

The sources of the current uprisings that started last December are widely understood as a culmination of growing frustrations toward Bashir’s 30-year dictatorial rule. What is less known outside of Sudan is that in October 1964 and April 1985, the Sudanese people successfully brought down two dictatorial regimes via popular uprisings.

The history of my country has taught me that Sudan has always belonged to the people who were willing to risk their lives on the front line. Sudan belongs to the martyrs who have fallen defending the right of the people to an honourable life. It belongs to those in the diaspora longing to return home one day.

It belongs to Darfur, South Kordofan and the Blue Nile State. It belongs to the young people who have not known a president other than Bashir. It has never belonged to Bashir and his government, and over the past few months, we have asserted that.

Since the protests began, thousands upon thousands have turned out all across Sudan. Their bravery has been met with an indiscriminate use of force and mass imprisonment without charge.

Not only have the youth been at the forefront of these protests, but we have also made it clear that we will not settle for anything less than the complete removal of Bashir’s regime and free and fair elections.

Since the sit-ins began in front of military headquarters across the country, the images and videos that have been produced and circulated through the Sudanese Whatsapp sphere are nothing short of revolutionary.

I was brought to tears watching a video of Alaa Saleh, the kandaka in the recently viral photograph, standing on top of a car, wearing a white tobe, passionately leading protest chants.

I have seen videos of children hoisted on their parents’ shoulders, calling for the fall of the regime. I have seen photographs of people arriving at sit-in sites with food and supplies.

These protests have not only been a testament to our resilience, but they have also served as an example of the Sudan we envision – a Sudan where women continue to be at the forefront, where the youth are encouraged to take control of their future and where unity overcomes state-perpetuated divisions.

However, news of the Sudanese Professionals Association (SPA) negotiating with the military council has left me with various questions pertaining to the future of my country. Is the SPA part of the negotiations? Which army commanders orchestrated this? Who will take power? 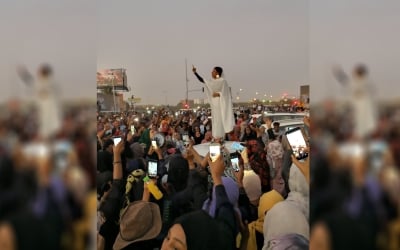 I feel guilty for not joining in on the early celebrations, but this government has spent years reminding us to always fear the worse.

On Thursday, it was announced that Awad Ahmed Ibn Auf, a military commander and one of Bashir’s closest confidants, had become de facto the head of state. Five minutes later, my WhatsApp was flooded with videos of people standing in front of the military headquarters chanting "Ibn Auf must fall". Twenty-four hours later, he did.

The past few days have been filled with contradictions. Ibn Auf was replaced by Abdel Fattah al-Burhan, a military general. Burhan stated that protesters have every right to stage sit-ins, but at the same time attempted to disperse protests across the country. He has said that he accepted the resignation of former intelligence chiefs, Salah Gosh and Mohamed Atta, yet he made no moves to arrest them.

Both men have been accused of war crimes.

For the past few nights, many protesters continued to camp out in front of the military headquarters, ignoring the military council’s declaration of a 10pm curfew, chanting "the revolution has just begun". It is obvious that we have not just been fighting for the removal of Bashir, but for a new Sudan.

"We have a long way to go," said Sudanese activist Sarah El-Hassan on Twitter this morning, "but that should not discourage or stop us."

For the 60 percent of us under 30, who have never known another government, the faces of both Ibn Auf and his ilk are far too familiar. This regime's familiarity, and its history of silencing the youth, women and marginalised groups, has not gone unnoticed.

"We will not have 70-year olds rule us again," said the 21 year-old activist, Dinan Alasad.

The future of Sudan should be built by the youth who fought for it, in memory of those who died for it. We have given our trust to the coalition of Freedom and Change because their charter and statements represent the future we are pushing for – a future that is mapped out by a civil transitional authority, that represents the plights of marginalised groups and is free from all influences of Bashir's National Congress Party (NCP). Five days since Bashir has been deposed, and we are continuing to fight for a new Sudan. "The youth have been having difficult conversations since the beginning of the uprisings," says Alasad, "we are fighting for a Sudan where everyone can feel like they belong".

I will never stop celebrating  the resilience and courage of the people of Sudan, and the thousands who have risked and subsequently lost their lives since the protests began in December. I celebrate the release of hundreds of unjustly imprisoned revolutionaries.

However, I will not celebrate the decision to appoint a military commander who has already failed to meet our most basic demands. The protests will continue until a civilian government is formed in accordance with the SPA’s demands for freedom and change.

We will truly celebrate after all civil rights are restored, all remnants of the NCP are disposed with and all those responsible for the deaths of our people are tried.

Sudan’s future belongs to us.

Aida Abbashar
Aida Abbashar is a Sudanese-American who has lived in New York, Cairo, London and Nairobi. She is currently studying History and International Relations, with a focus on African studies, human rights and Sudanese political history.