Charles B. Anthony
The Labour leader may be able to change public opinion after his Calais visit but only if extremists in his own party don’t constantly rock the boat 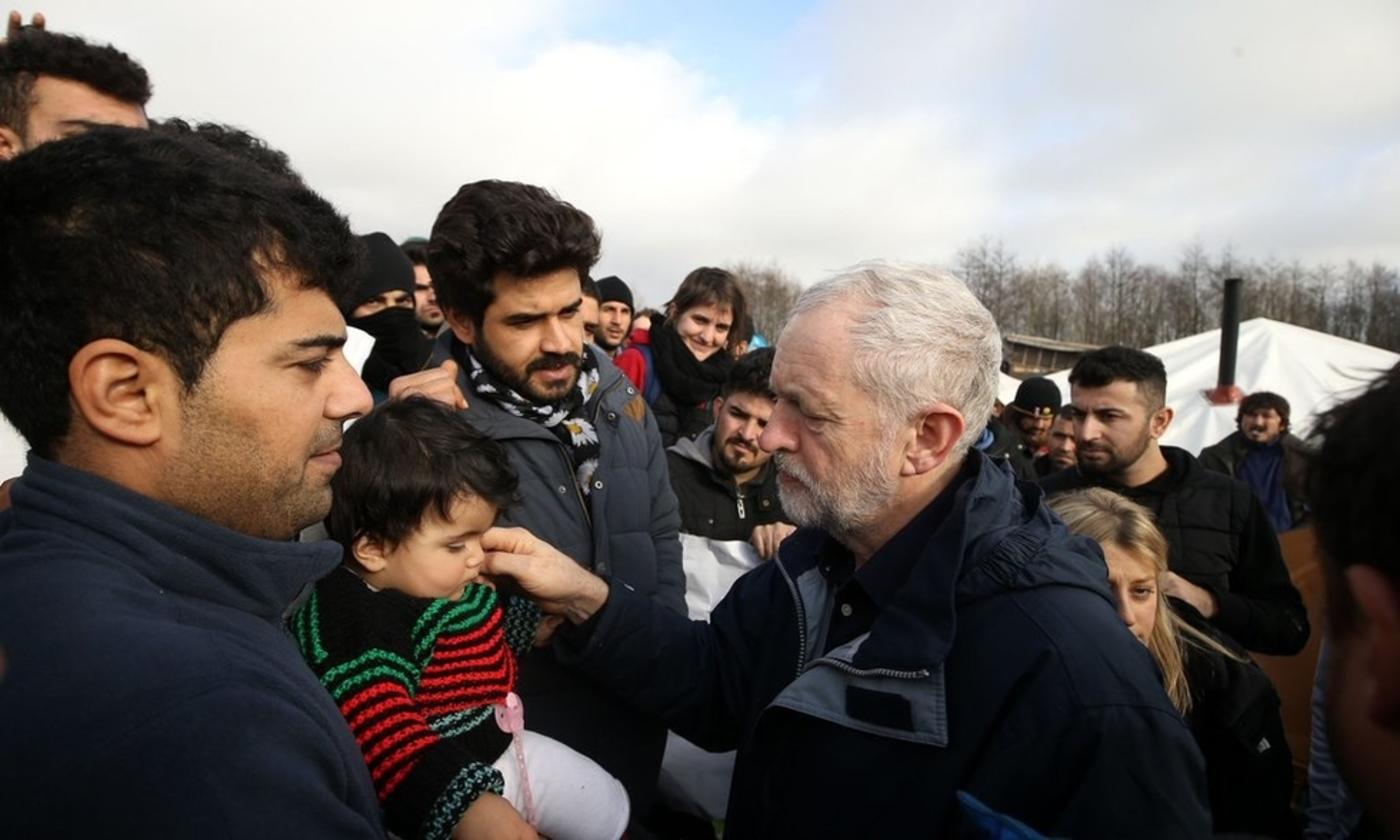 Jeremy Corbyn chose two refugee camps in Calais and Dunkirk as the destination for his first foreign visit since becoming Labour leader in a grand spectacle of solidarity. The timing couldn’t have been better as it came a day after French Prime Minister Manuel Valls declared that refugees were destabilising Europe.

Such a physical show of solidarity is not unique for Corbyn, who has dedicated most of his life and political career to standing alongside the world’s most vulnerable. But it was unique for a leader of a UK mainstream political party, on either side of the political spectrum, to visit such demonised people in an infamous dwelling branded the “Jungle”.

We have come to expect opposition towards immigration as part of the discourse in British politics, bar blips and a momentary outpouring of grief post Alan Kurdi.

The right by nature is hostile to immigration, using it as a fall guy to distract voters in the pursuit of redistributing wealth upwards. Disappointingly, both mainstream and liberal left leaders have all too often pandered to the right’s arguments for fear of upsetting a public conditioned by years of negative media about the alleged threat posed by immigrants to the British “way of life”.

Even former Labour leader Ed Miliband, a man deemed too left wing to win an election, felt the need to get tough on immigration. His election campaign even gave us an opportunity to buy an anti-immigration mug, on the off chance that we felt the need for xenophobia with our cup of Indian tea. Alas, it didn’t do Labour any good come election day.

Yes, Labour needs to win back support from people who voted for UKIP and the Tories but they won’t do it by taking on board their politics. The lesson should by now have been learned that by mimicking their policies you end up strengthening their vote. You win back voters by winning debates. That means confidently challenging arguments to dispel myths.

Corbyn’s trip to the “Jungle” was a masterclass in bulldozing a right-wing anti-refugee/immigration agenda. What better way to highlight the plight of humans struggling for a better life in Calais than by standing by their side?

But not everyone in Labour was happy with Corbyn’s trip. Labour MP Frank Field warned that his party faced a “walloping” at the next election because Corbyn was "walking off in the opposite direction to where the voters are" on issues like immigration and defence. I think you'll find that's called leadership Frank. It’s what principled leaders do.

Politics, the art of the possible, is not just about giving people what they want, it’s about giving them what they need and creating a better world for them to live in. Adding more fear and loathing to the fire is not progressive, nor necessarily a vote winner.

Field has at times walked in the opposite direction to public opinion, such as when he followed in the footsteps of former Labour leader Tony Blair to vote for the disastrous Iraq war.  And for all of Blair’s sins - of which there are many - the war, initially anyway, didn’t hurt his electability. One rule for warmongers, another for peaceniks.

Another “moderate” Labour MP, who bravely refused to be named, went a little further urging a "suicide bomb mission" on Jeremy Corbyn. The English language: so vast, bountiful and full of possibility, reduced in one fell swoop to the rhetoric of IS. It’s beyond satire that a so-called moderate would call for a suicide bomb, even just metaphorically. Yet, the right-wing and liberal press continue to brand them as such. Moderate - in a case of linguistic terrorism - in this context, is code for neoliberal.

Despite efforts to distract, Corbyn has started on the road to redirect anger towards the real causes of Britain’s social ills. Refugees didn’t create their own perilous condition and migrants seldom contribute to a global economic inequality that forces them to migrate. Many refugees held up in Calais have fled wars that we in the West have either indirectly supported or directly created. They’re certainly not dismantling the NHS or closing down your local library.

French socialists have been echoing right-wing rhetoric, which only strengthens right-wing politics, no matter what you call yourself. (I could call myself thin but I’d be lying and if I kept eating McDonald’s every day I’d almost certainly end up obese.)

The French left has been serving political junk food for so long that large parts of its society now turn to Marine Le Pen for answers. Solidarity with the weak becomes almost extinct as the pursuit of elitist secularism is prioritised over tackling ever-growing cancers like Islamophobia. Post Charlie Hebdo and the Paris attacks, things only got worse.

The French socialists have shown themselves to be nothing better than a Trojan horse for neo-conservative ambition, where war is the first port of call and fear, the political weapon of the day.

Manual Valls models himself on Tony Blair. Blair to his credit achieved some great things in his time as prime minister. But isn’t there something illogically perverse about bringing peace to Northern Ireland only to start a war in Iraq? Where is the sense in creating a minimum wage only to promote a neoliberal agenda that results in a race to the bottom? Blair reshaped the Labour Party but only in the vein of Margaret Thatcher. New Labour's hallowed centre ground shifted ever rightwards.

Corbyn has a momentous uphill struggle ahead of him if he wants to drag the “centre ground” of Blair, Brown and Cameron leftwards. No one says it will be easy. And hey, it might not work. But politics is the art of the possible. As Justin Trudeau has shown in Canada, opening his arms to Syrian refugees, pulling back from the permanent war agenda, and winning an election, the world’s greatest game changers are often those who refuse the limitations placed on them by the guardians of conservative orthodoxy.

Corbyn is the Steve Jobs of British politics. Both men started out in the 1970s and 30 years later ended up reshaping technology/politics that was already available to them. They didn’t create the wheel but reinvented it and then successfully marketed it to a new audience. Jobs and Corbyn are disruptors; not content with merely entering a market or even leading innovation but wilfully setting out to change the very rules of the game.

While David Cameron rubbed shoulders with the world’s most wealthy and powerful in Davos - the problem not the solution - Corbyn stood shoulder to shoulder among the world’s most downtrodden. Cameron called the refugees of Calais "a swarm of people". Corbyn, in the middle of a swarm, made the insects human.

Corbyn’s visit to the "Jungle" was a metaphorical hand grenade lobbed at Cameron and the right-wing press, who for years have reduced immigrants to the status of vermin.

It was also, and maybe more importantly, a greater lesson for European left; as the far-right grows out of the soil of austerity, perpetual war and ever-increasing terrorism, Corbyn, a man of action not just word, challenged fear and hatred without any trace of mimicry. Corbyn showed the power of being confident in one’s own skin. Such brands of authoritative humanity, echoed across the Atlantic by Trudeau and the campaign of Bernie Sanders, are needed now more than ever.

Corbyn may be able to help steer the ship of British public opinion in the direction of a healthier humanitarian shore, but only if the Labour extremists rocking the boat don’t blow him up first. 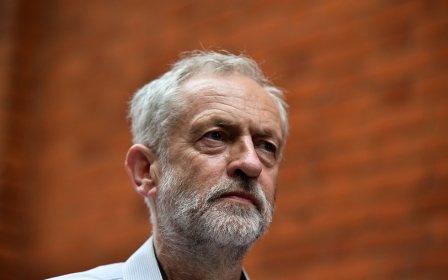 Jeremy Corbyn
Corbyn will confront a bankrupt foreign policy. That's why he must be backed
Peter Oborne 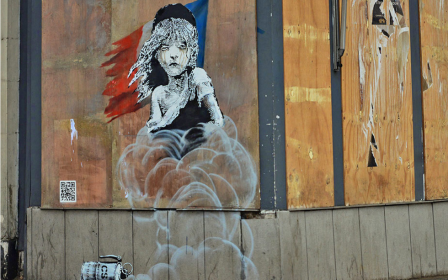