Sam Bahour
Disarray traps all Palestinian life, from President Mahmoud Abbas to youth on the streets, in dealing with the Israeli occupation 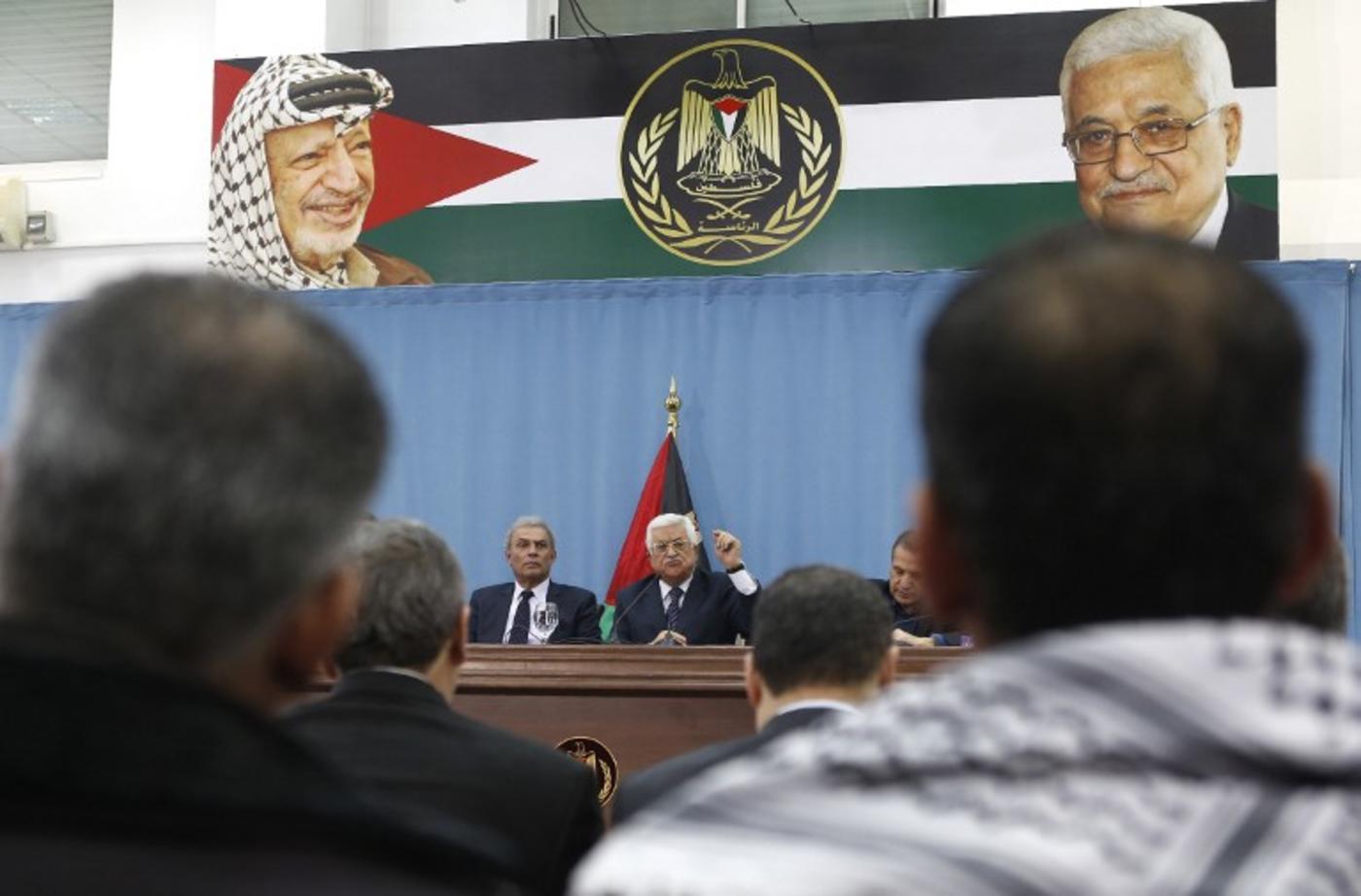 The starting point to understand today’s reality in Palestine is as crystal clear now as it always has been. Over 4 million Palestinians are approaching their 50th year of living under Israeli military occupation; it should be noted that these Palestinians comprise less than half of all Palestinians worldwide.

The Israeli occupation seeps into every aspect of life, including our internal affairs. This is not an excuse for our state of affairs, but rather a fact that has always been there and must be understood and taken into consideration as we plan our actions. It is these desired “actions,” or lack thereof, where lack of clarity enters.

First, there is President Mahmoud Abbas. Positioned more as a king governing by presidential decree, than president of an operating political system, President Abbas is at a loss as to how to address the multiple fronts imposed upon him.

From Israel, he has no partner with whom to do anything. From the West, he hears repeated statements of how they now “get it,” but he is yet to find them acting to hold Israel accountable. The Arab heartland is so disfigured that he can barely keep up with the states in their domino-style collapse in order to understand their role. From his own street, he is faced with a loss of hope that has turned at times to violence.

The scenario playing out in the streets has the dangerous possibility of spinning out of control. One day President Abbas turns a blind eye to the protests and violence, the next he sends his security forces to quell the protesters, sometimes violently. Onlookers trying to understand the strategy are left with the same sense of loss felt by Palestinians looking for coherent leadership.

Second, there is the Palestine Liberation Organization (PLO), the Palestinian political agency, at least in name. It is there and not there at the same time.

The PLO is alive and well in the international arena. The successful 29 November, 2012 UN General Assembly resolution acknowledged “that the Executive Committee of the Palestine Liberation Organization, in accordance with a decision by the Palestine National Council, is entrusted with the powers and responsibilities of the Provisional Government of the State of Palestine".

The same resolution went on to “Decide[s] to accord to Palestine non-member observer State status in the United Nations, without prejudice to the acquired rights, privileges and role of the Palestine Liberation Organization in the United Nations as the representative of the Palestinian people, in accordance with the relevant resolutions and practice.”

The PLO Executive Committee consists of 18 members, including the president. Article 14 of the PLO bylaws stipulates that the Palestine National Council (PNC) must convene in the event that one third of the members of the Executive Committee resigns, in order to choose new officers.

In August 2015, President Abbas resigned as head of the PLO Executive Committee. In addition to Abbas’ resignation, Hanan Ashrawi, Ahmad Majdalani, Saeb Erekat, Ghassan al-Shakaa, and Mahmoud Ismail also resigned, thus invoking the need for a session of the PNC - which has not met to strategically define policy since 1988.

President Abbas tried to call for a PNC meeting before the end of 2015 but was forced to postpone the call, given the impression from many, including key figures in his own FATAH party, that the entire episode was a political stunt to gain legitimacy, which had been severely damaged given his term as president had long expired and the PNC is today an empty shell.

Third, there is the Palestinian Authority (PA). Trying to play the role of a government, but lacking the bare minimum resources or real authority to do so, the PA goes through the daily motions of an operating government bureaucracy. Israeli actions and Palestinian disunity have both stripped the PA from its ability to develop into a full-scale government.

Today, it is more of a national non-governmental organization (NGO), forced to align with the donors that keep it alive, than an executive body implementing properly legislated policy.

That said, the PA is not a foreign body, it is part and parcel of our community and, albeit limited, is an important platform that needs a new scope of work. It does not need threats that it will be dismantled, which would only leave our education and health care systems, among others, to our occupiers to manage.

Fourth, Palestinian civil society remains the wild card. Large chunks of civil society have been hijacked by donor agendas. To remain alive and meet payroll, just like the PA itself, this chunk has little to offer in changing the deteriorating status quo. Here I include the majority, if not all, of the political parties that comprise the PLO.

That noted, there is another part of civil society that is more rooted in its communities and can be seen and heard challenging the phenomena of violence, as well as addressing the weaknesses in the political structures. A week does not go by without veteran political players meeting to craft a way forward; their weakness is that the youth are usually meeting separately among themselves.

Fifth, Palestinians living outside of the grip of Israeli occupation. Here again, there are organized into the forced fragments created by Israel. Each fragment has its own challenges, priorities and dynamics. The most exciting of these are the Palestinian citizens of Israel who, although facing extreme conditions from Israel’s right-wing government, are more outspoken and politically organized today than they have ever been.

Yet to be mobilized are the refugee communities and the Palestinian diaspora, two major levers that have the potential to be real game-changers once they enter the political ring.

Without donors, the PA collapses and any repairing of the Palestinian political system will move from being in repair mode to reconstruct mode, a shift that should not be taken lightly, as Israel has made it publically clear that any Palestinian agency will be made to surrender on its terms. On the other hand, with donors, Israel gets a free ride to continue its policy of slow ethnic cleansing while all the time paying lip-service to peace.

I envy no one trying to navigate through this reality, but I am also convinced that without an operating political system that can utilize the full capabilities of the Palestinian people, those under occupation and those living free from occupation, no one will succeed in safeguarding our path toward freedom and independence.

UN Secretary-General Ban Ki-moon recently told the Security Council that the wave of attacks in Israel and Palestine was driven by a “profound sense of alienation and despair” among some Palestinians, particularly the young.

He continued, “Palestinian frustration is growing under the weight of a half century of occupation and the paralysis of the peace process. As oppressed peoples have demonstrated throughout the ages, it is human nature to react to occupation, which often serves as a potent incubator of hate and extremism.”

- Sam Bahour is a Palestinian-American business consultant living in the occupied West Bank. He serves as a policy adviser to Al-Shabaka, the Palestinian Policy Network, and is chairman of Americans for a Vibrant Palestinian Economy. He was born and raised in Youngstown, Ohio and blogs at ePalestine.com.